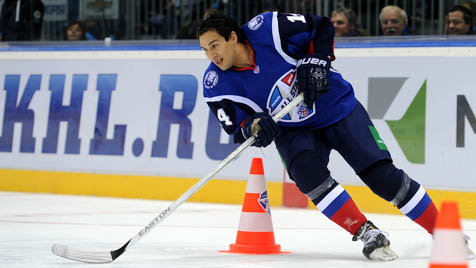 At noon, Moscow Time, on Monday the 29th of December, the final votes were cast in the journalists’ ballot to select the second lines and goaltenders for teams East and West, who will contest the 2015 KHL All-Star Game on the 25th of January at Sochi’s Bolshoy Ice Dome. The man deemed most worthy of selection was undoubtedly Dinamo Minsk’s Jonathan Cheechoo (pictured) – the experienced Canadian forward was the choice of around a third of all those who voted.