Murygin writes his name in the record books. September 27 round-up

Alexei Murygin set a new KHL record after going 266 minutes and 10 seconds without conceding a goal. The Lokomotiv netminder completed his fourth consecutive shut-out in Sunday’s 3-0 win at Admiral to outstrip the previous best of 237:33 – a mark also set by a Loko goalie, Curtis Sanford.

Murygin made 18 saves on the day, while first period goals from Emil Galimov and Mikhail Pashnin set his team on the way to victory. Vladislav Kartayev made it 3-0 midway through the third.

Gennady Stolyarov’s burgeoning partnership with Alexander Radulov led the way for CSKA in the top-of-the-table clash with Jokerit. The Finns, smarting from Friday’s defeat to SKA, struggled to come to terms with the Army Men’s top line and paid the penalty with another heavy loss against one of its main Western Conference rivals.

CSKA went ahead in the fifth minute, with Radulov scoring off a Stolyarov assist. Those roles were reversed early in the second as the home team doubled its lead before Geoff Platt set up Maxim Mamin to make it 3-0.

Platt got one for himself in the third, and even though Niko Kapanen pulled one back for Jokerit there was time for another Stolyarov strike, this time assisted by Radulov and Simon Hjalmarsson. Jere Sallinen’s late goal wrapped up the scoring but could not save Jokerit from defeat. 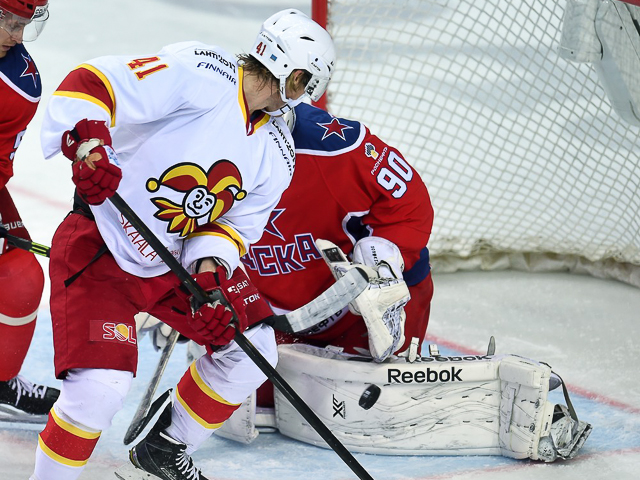 No joy in overtime for Metallurg

Metallurg Novokuznetsk continues to struggle in overtime situations. A 3-3 tie at home to Ak Bars was the fourth time Kuznya had gone into extras, but it ended in a fourth defeat.

This time Nikolai Solovyev tried something different, switching his goalies before the shoot-out, but that couldn’t solve the team’s inability to convert penalty shots. Jussi Rynnas kept the home team at bay, and Fyodor Malykhin beat Vladislav Podyapolsky to win it for Ak Bars.

Earlier the visitor had recovered a 2-0 deficit to lead 3-2, with Igor Mirnov putting Ak Bars ahead in the 30th minute. But Evgeny Orlov tied it up once again to force overtime and another round of misfortune for Metallurg.

Sibir battled back hard to beat Lada in a shoot-out after a feisty 4-4 tie in Novosibirsk. Lada, the underdog in this game, never trailed in regulation, but paid the price for letting a 0-2 lead slip. Sibir tied the scores in the 46th minute and twice recovered from further Lada goals, with Tomas Vincour cancelling out a Tobias Viklund goal in the space of just 15 seconds to force overtime. The shoot-out was settled by David Ullstrom, who also scored in regulation. 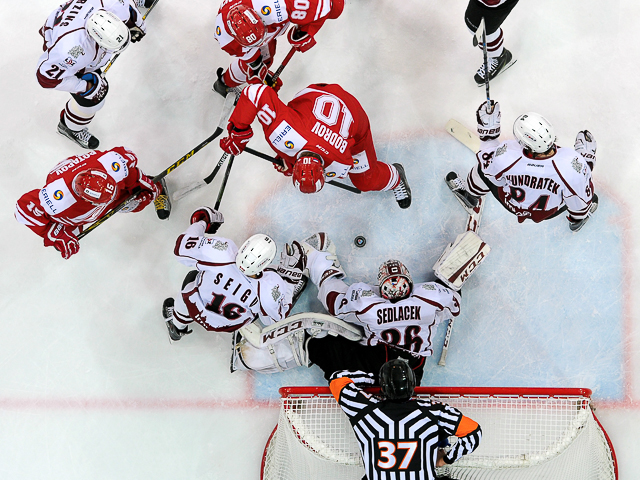 A goal in each period from Evgeny Mons, Dmitry Kagarlitsky and Miroslav Blatak helped Severstal to a 3-0 win at home to Ugra. Jakub Stepanek made 19 saves.

A second-period goal from Vyacheslav Litovchenko and 21 saves from Juha Metsola gave Amur a 1-0 win at home to HC Sochi.