It’s more than one month deep into the season now, so we can well and truly say “Welcome to the KHL!” What are your impressions so far?
Well, it is obviously a world-class league, and the talent in it speaks for itself. Coming from the outside, when you get into the League, you really get an appreciation of how good are the teams and how high is the caliber. For me, it has certainly been an eye-opener. It is a challenge, but one that is really exciting - something I look forward to on a daily basis. There is a lot to learn and there is a lot to work with, but certainly, the biggest thing that stands out is the quality of the players and teams in this league. It’s great to be part of it.

Medvescak is playing in its third season in the KHL, but we still think of it as an exotic team from an exotic country, in hockey. You are from a great hockey nation, so what do you think of hockey in Croatia?

I think it is excellent; it is alive and well, and as you can tell by coming to a game, the fans are spirited and fully engaged. I think the sport is big in Croatia and the people are passionate about the game, not only about sport in general, but hockey as well. All you have to do is set foot into Dom Sportova during a game and you’ll realize that. It is certainly a beautiful place – a beautiful city, with great aspects away from the rink, as well, so it is a destination, for sure. Obviously, our focus is on the ice, but I cannot say enough good things about the city, the organization and certainly the environment here. 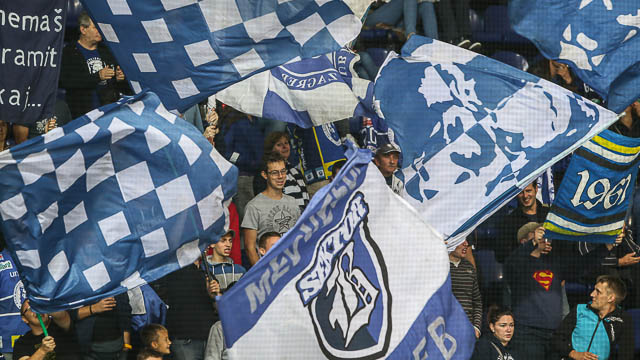 It is hard to imagine Medvescak being one of the favorites in the Championship, but what are you trying to achieve? What goals have been set for the team?
When I came on board, we knew we would have a very diverse club, and we have players from eleven different nations in our team. From day one, my main mindset, or goal, as a head coach has been to focus on developing a team identity, and by that I mean who we have to be, collectively, game in and game out, to be successful. That has been our area of focus throughout our preseason, training camp and early in the season, as well. We continue to identify the areas in our game where we are strong and can be successful, and from that point on, we develop a team identity. Certainly we pre-scout and make some adjustments depending on the teams we play, but our focus is really on ourselves and who we have to be, collectively, night in and night out, to be successful, and we have certainly made some headway in that area. We have had some success here early in the season, and if we want that to continue, we have to continue to play the way we have to play.

Speaking of identity, we all remember you were a really tough, physical player, so does this team need to adopt some aspects of your identity?

I think it is important for a team to take on the coach’s identity, but at the end of the day, it is not about who I was as a player, but how I as a coach want my teams to play. I have an appreciation for talent and speed, and certainly our compete level is important for me and important to our success. I think we are a really fast and aggressive team. We have to play that way, and physicality certainly plays a part as well, but we continue to push a team identity and push those contributions from everybody throughout our line-up. I think that that is part of the key to our success so far this season. 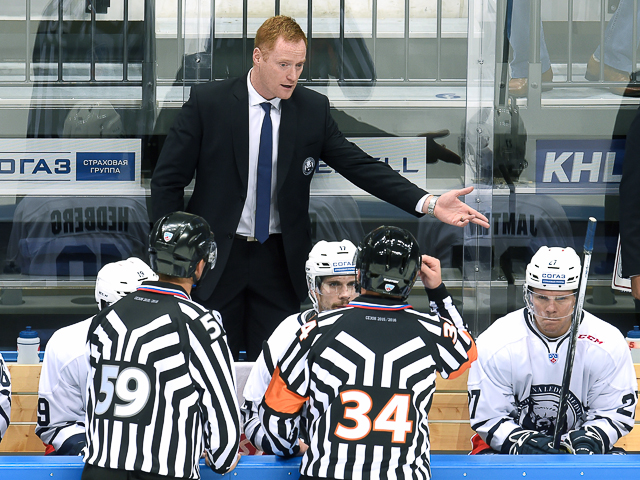 Are there any teams in the League that you would like to learn from? Maybe not copy or emulate in full, but who have some things you would like to implement in your team’s play?
We break down every team, and there are so many great coaches and teams in this league. We make adjustments throughout the season, game in and game out, for that matter, in the way we have to play. It’s the same for every club that belongs to the KHL, whether in Russia or outside – I’m thinking of Jokerit, Riga, Minsk, Bratislava – in that there are some beautiful cities and there is a lot of pride in every team. It is a well-coached league. It is very competitive and there is a lot of parity, so it is all about our preparation, game in and game out. I think the results speak for themselves, regarding how close the games are, night in and night out. All you have to do is pick up the newspaper or turn on the Internet. Every night the scores are indicative of the parity with all the teams, and how close and competitive is the KHL.