A hard-fought victory over Metallurg was enough to put Loko back on top of the KHL table at the end of 2015. Wednesday’s 3-2 success, coupled with CSKA’s defeat in Astana, gave the Railwaymen a one-point advantage in the rankings.

However, it was no routine triumph over a struggling Metallurg team. The visitor twice took the lead on goals from Mikhail Plotnikov in the first period and Vadim Mitryakov in the second. Each time, though, Loko made its extra pressure count, tying the game through Daniil Apalkov and Andrei Loktionov.

The winning goal arrived in the 46th minute through Petri Kontiola. The Finnish international roofed it from a tight angle to put Loko up for the first time in the game and return the team to #1 spot ahead of the short New Year break.

Barys tore into the table-topping team from the start, opening up a 3-0 lead thanks to goals from Roman Savchenko and Roman Starchenko in the first nine minutes. That saw Viktor Fasth out of the game in favor of Ilya Sorokin and the incoming goalie kept Barys at bay for almost half-an-hour before Martin St-Pierre got a third.

However, CSKA was having trouble solving Pavel Poluektov at the other end until late in the second period. Then quick-fire goals from Sergei Andronov and Jan Mursak hauled it back to a one-goal game going into the final stanza.

A 5-on-3 power play for Barys paid off as Mike Lundin made it 4-2 before da Costa found the net with just over two minutes left to set up an anxious finale. But Barys hung on and CSKA was forced to relinquish top spot to Lokomotiv.

All change in the East

There was also a change of leader in the East with Avangard overhauling Severstal. This morning’s leader, Sibir, went down to a late defeat in Sochi when Ilya Krikunov got the vital goal with just five seconds left to play.

That was the third time Sochi led on the night: Andre Petersson and Ziyat Paigin scored power play goals in the first period as the home side made a strong start in pursuit of a return to fourth place in the West. 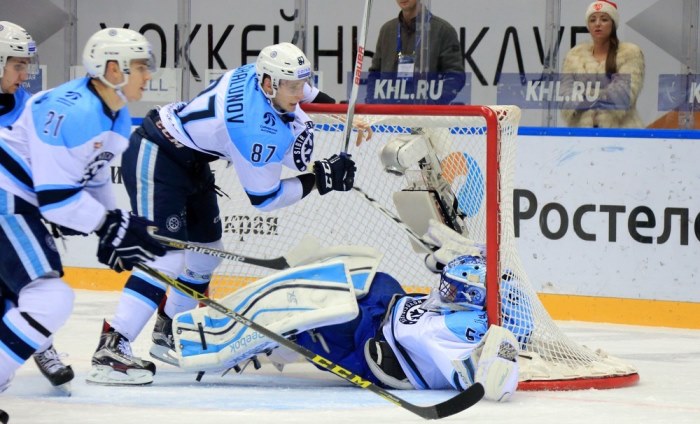 Earlier Avangard eased to a 4-0 win over Severstal to move to 81 points. The first period was goalless but Maxim Kazakov finally broke the deadlock with a power play marker just after midway. The final session saw Pyotr Khokhryakov’s first goal of the season double the home team’s lead before Michal Kempny and Ilya Mikheyev added extra gloss late on. Dominik Furch had 15 saves for his shut-out. 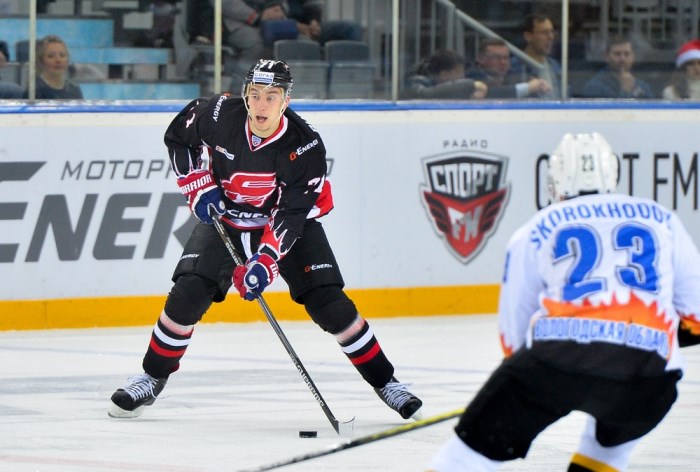 Admiral won 5-1 at Lada thanks to a strong third-period performance. The Sailors led 2-1 thanks to second-period goals from Mikhail Fisenko and David Booth but took complete control in the closing stages. Konstantin Makarov extended the lead in the 43rd minute before goals in the 58th minute from Artyom Podshendyalov and Alexander Gorshkov added extra luster to the final score. 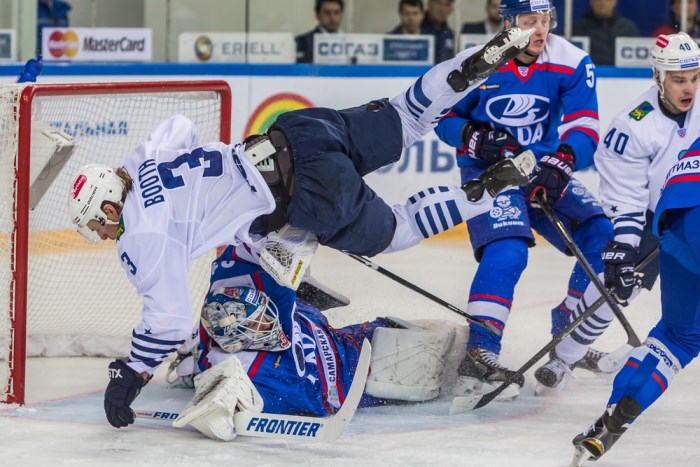 Stepan Zakharchuk’s 19th-minute goal was the only difference between Ak Bars and Amur. The Kazan team claimed a narrow win on the strength of 24 saves from Stanislav Galimov, while visiting goalie Alexander Pechursky made 35 stops at the other end.