For the third time this season old foes Metallurg Magnitogorsk and Ak Bars could not be separated in 65 minutes. But for the first time in this campaign, neither team managed to find the net in regulation.

Wojtek Wolski eventually settled it in Magnitka’s favor in the shoot-out, giving his team two wins from three meetings this season and extending its lead in the division to eight points.

Both goalies made 32 saves: for Vasily Koshechkin it was his third shut-out of the season, while Stanislav Galimov chalked up his sixth, and his second since returning to Ak Bars from CSKA. 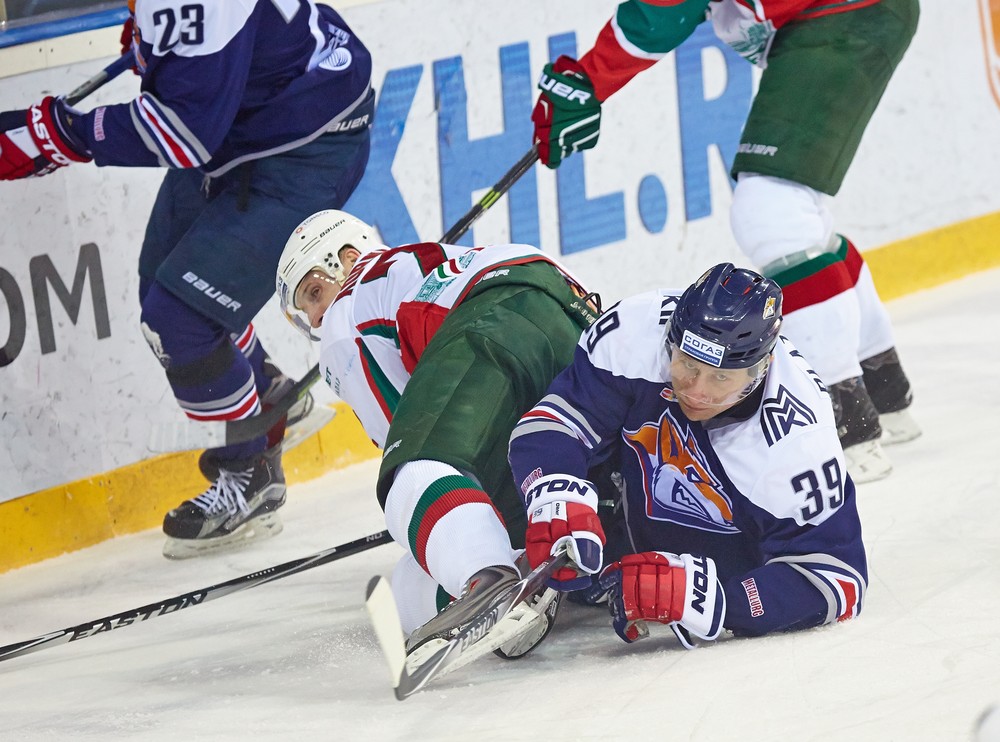 A rampant performance from Avangard smashed the team through the 100 point barrier and ensured that it was the first from the East to confirm its play-off place this season.

On arrival in Astana it didn’t Avangard long to settle in: Vladimir Sobotka opened the scoring after just 19 seconds and by the first intermission the scoreline was 4-0. Sobotka got his second of the night and Yury Alexandrov and Nikolai Lemtyugov were also on target.

Lemtyugov made it 5-0 in the 22nd minute before Barys got on the scoreboard at last. Nigel Dawes and Roman Starchenko added a hint of respectability to the score but late goals from Alexandrov and Ivan Fishchenko completed the rout.

The teams were tied at 1-1 after the first period after Fyodor Polishchuk cancelled out Philip Larsen’s early power play goal, but two goals in the second saw Jere Sallinen and Brandon Kozun put Jokerit in control.

Sallinen added a second in the 41st minute and Juhamatti Aaltonen pocketed a late brace of his own; Daniil Yerdakov was the other Kuznya scorer.

Goals from Konstantin Glazachev and Gleb Klimenko earned Spartak a 2-1 win over Amur. Nikolai Skladnichenko replied for the visitor. 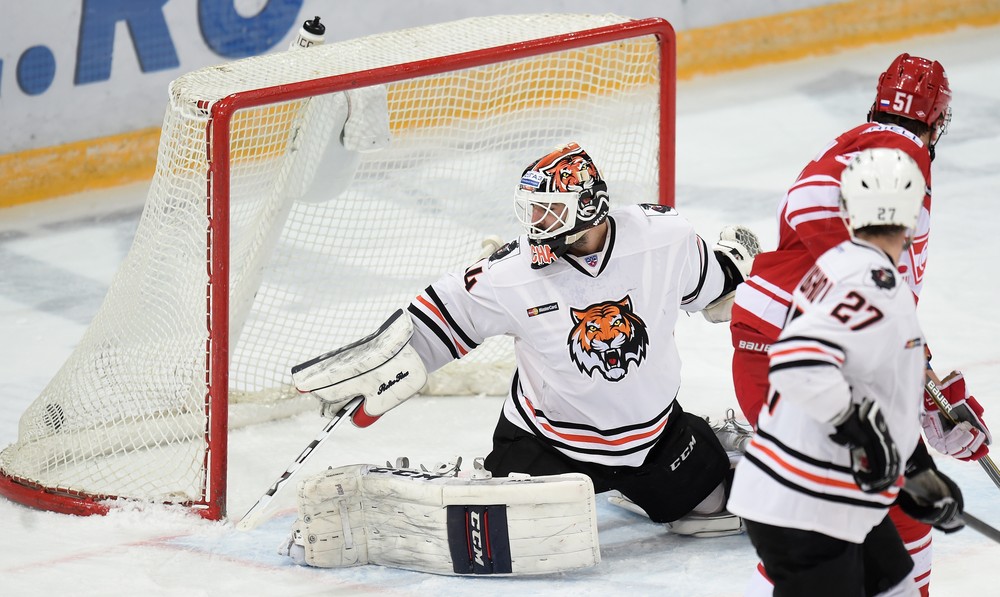 SKA suffered a shoot-out defeat after battling to a 3-3 tie with Admiral. The visitor led 2-0 after the first period on goals from Dmitry Sayustov and Alexander Gorshkov. In the middle session the teams traded goals through Maxim Chudinov and Artyom Podshendyalov before late strikes from Chudinov and Evgeny Dadonov spared SKA from regulation defeat. Jonathan Blum gave Admiral the post-game verdict, though.

Third-period goals from Andrei Kostitsyn, Ilya Krikunov and Renat Mamashev lifted HC Sochi to a 3-0 win in Ufa. Konstantin Barulin made 29 saves as Salavat Yulaev fired blanks for the second home game in a row.

Two goals from Vasily Streltsov led the scoring as Lada won 5-1 at Ugra. Viktor Komarov, Yefim Gurkin’s first of the season and Anton Krysanov completed the scoring. Ugra replied with an unassisted goal from Ivan Yatsenko.

Two second-period goals from Vitalijs Pavlovs were enough for Dinamo Riga to beat Sibir 2-0. Jakub Sedlacek made 38 saves to backstop his team to victory.

Alexander Kucheryavenko struck 29 seconds into overtime to give Vityaz a 3-2 win over Severstal in the clash of the Western Conference strugglers.