When Muhammad Ali was truly the Greatest, he liked nothing better than to step back and leave his opponents with a free hit … only for them to swing at the empty air and be felled by the sucker punch.

In this game, Dynamo re-enacted that strategy to a tee, allowing SKA plenty of room to play its hockey away from the net, defending the goal stoutly and waiting patiently for the errors to come. Sergei Oreshkin’s team soaked up plenty of pressure but was able to score its goals on the breakaway; SKA was left frustrated by a refereeing call right at the end of the first period. The home team believed it had tied the game at 1-1 when Maxim Chudinov’s backhand shot went through Alexander Yeryomenko’s five-hole from the right-hand circle as the hooter sounded. However, the video showed that the puck crossed the line after the 20 minutes were up and Dynamo held its lead going into the interval. 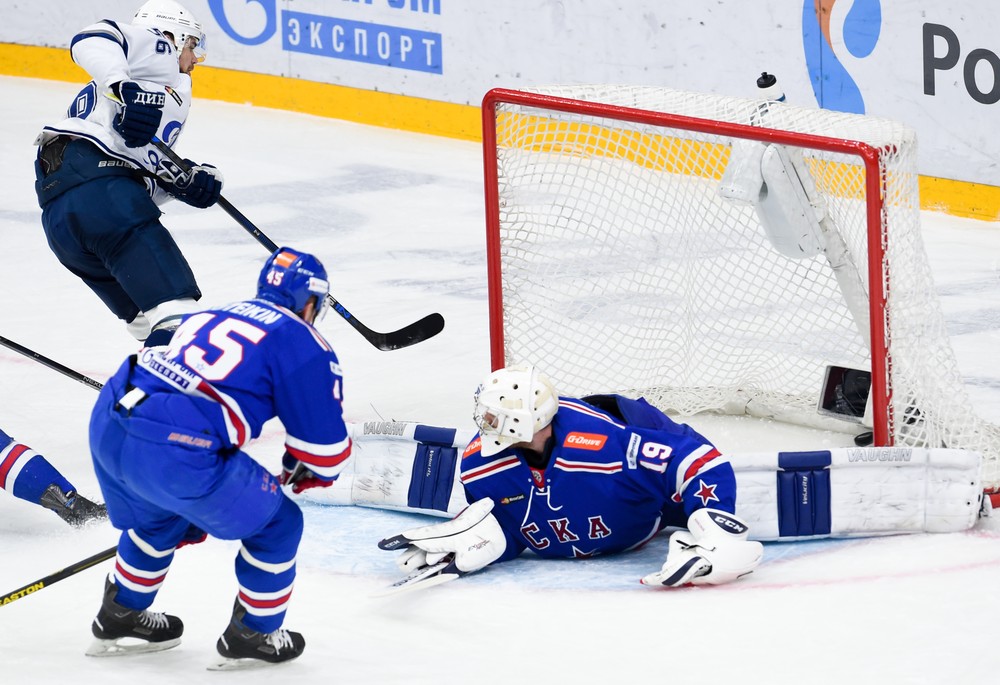 The home team already had cause for frustration in a first period where it dominated possession but failed to solve Yeryomenko. To make matters worse, Dynamo snatched the only goal of the opening stanza while short-handed: a SKA shot was blocked, the puck dropped kindly for Ivan Igumnov and the youngster skated 40 meters to score on Mikko Koskinen.

Those frustrations deepened in the second period. If a blocked shot at one end set up Igumnov’s breakaway goal, Koskinen’s pad save from Alexei Tereshchenko at the other came into the path of Maxim Pestushko for a clinical finish over the goalie’s outstretched glove. And former SKA man Konstantin Gorovikov added a third after another swift turnover among the St. Petersburg forwards as they tried to repeat Dynamo’s short-handed triumph. 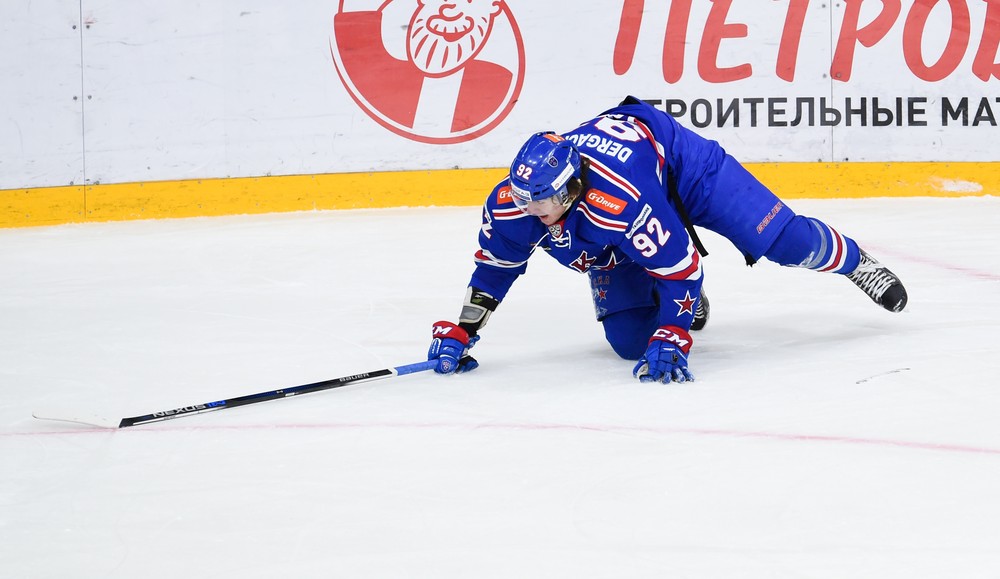 Alexander Dergachyov lost the blade of his skate and was left crawling along the ice as Alexander Osipov and Denis Kokarev led the 5on3 counter attack; the former’s shot was blocked and Gorovikov had the reactions and composure to retrieve the puck and fashion the shooting angle to make it 3-0.

SKA’s miserable night was wrapped up when another defensive error presented Daniil Tarasov with the puck in center ice. He advanced and added a fourth goal to give his team a decisive victory and the lead in the series.