Metallurg Magnitogorsk raised the Opening Cup for the second time after edging CSKA in a hard-fought curtain raiser to the ninth KHL season.


In the now-traditional repeat of the previous season’s Gagarin Cup final, Magnitka and CSKA served up a game that echoed many of the events of April’s dramatic finale. Both teams had long periods in the ascendancy as the game’s momentum ebbed and flowed; Evgeny Timkin came up with a key contribution at a vital moment for Metallurg and, almost inevitably, Sergei Mozyakin came up with another great goal.


For CSKA Dmitry Kugryshev – fit again after missing last week’s Mayor of Moscow Cup – scored twice. It wasn’t enough to salvage anything from the game but it did underline his status as the key creative forward in the post-Radulov era in Moscow.


Kugryshev initially lined up with Greg Scott and Ivan Telegin; something of a surprise after Scott and fellow Canadian Bud Holloway had played together for much of the pre-season campaign. But Dmitry Kvartalnov was happy to shuffle his lines from the start – it took just two-and-a-half minutes for Kugryshev to find himself on the ice with Holloway and the pair combined for the opening goal of the KHL’s ninth season. Admittedly, Magnitka’s defense left something to be desired as Kugryshev collected the puck at the foot of the circle and found his path to the net largely unimpeded but the forward’s finished highlighted his claims to be one of the key creative forces for the Moscow club this season.


Early dominance did not lead to more goals for CSKA, and that allowed the home team to turn the game around thanks to two familiar tormentors. Timkin’s two goals in Moscow in game seven of the Gagarin Cup final shattered CSKA’s championship dream back in April: his juddering check on his own blue line set up a counter-attack that ended with Oskar Osala firing the teams level. Then Mozyakin conjured up his 425th career goal in top-flight Russian hockey. A single maneuver out at the point left two defensemen clutching at thin air as Magnitka’s captain moved into the deep slot and found a shooting lane that left Viktor Fasth with no chance.


Fasth had forced his way back into the starting line-up after a strong pre-season, but the Swede’s evening was destined to end early. Metallurg’s first power play of the game came early in the second and Sergei Tereshchenko made it 3-1 with a shot from the point that seemed to take a deflection of Gennady Stolyarov’s stick. Whether that deceived Fasth was unclear, but it was enough to persuade Kvartalnov to introduce young Ilya Sorokin between the piping.


Metallurg could – maybe should – have extended that lead after carving out some presentable chances on a power play, but instead it was CSKA that raised its game. Kugryshev’s second of the night reduced the arrears after he wove a mesmerizing pattern across the Magnitogorsk zone. Then there were opportunities for Andrei Kuzmenko and Stephane da Costa to tie the game before the final stanza.


That set the scene for a nerve-jangling finish. Could CSKA complete its fightback and force overtime or even a win in regulation? Or would Magnitka find the way to shut down the Army Men and preserve the lead to the end? In the event it was defenses who came out on top: neither team could find a way to score, although CSKA created the bulk of the chances. And so, just as at the end of the last campaign, Metallurg claimed the silverware by the narrowest of margins as the season got off to an entertaining start. 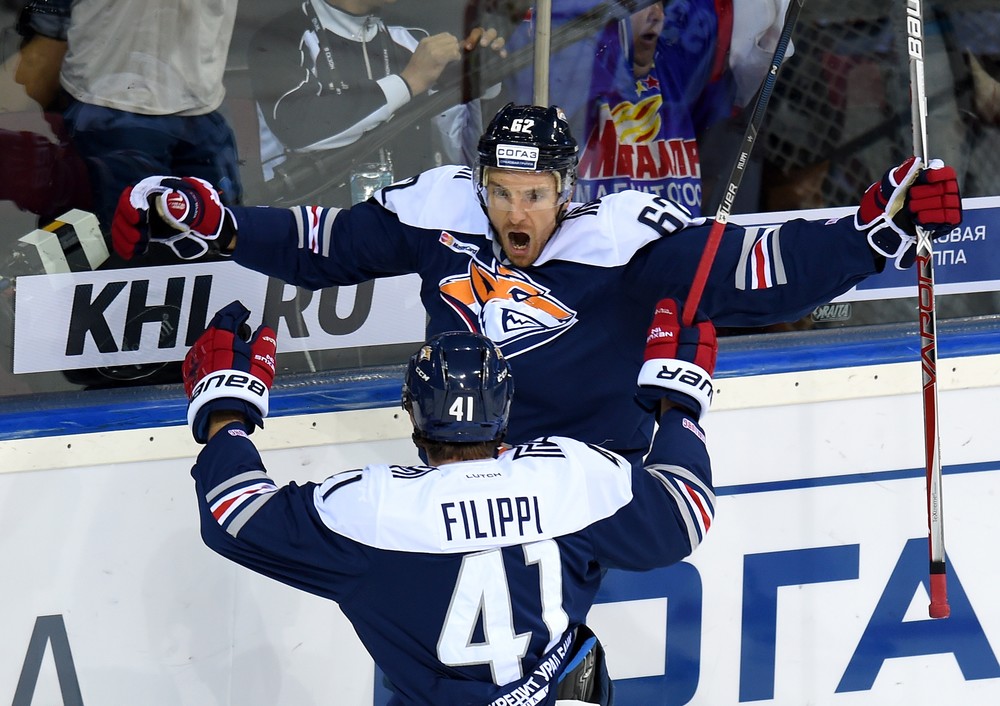