Mozyakin: "My most memorable goal"

Record-breaking forward Sergei Mozyakin scored his 429th goal in Russian hockey on Tuesday – and quickly dubbed it his most memorable.

In comments reported on Metallurg Magnitogorsk’s website, he said: “The 429th [goal] is the most memorable for me, of course. To be honest, I can’t even remember my first.”

Mozyakin said that even though he wasn’t someone who paid close attention to historical records, he had felt the pressure as he closed in on Mikhailov’s tally. After opening the season with three goals in three games to take his total to 427, he then hit a fallow streak of four games without scoring.

“Maybe there was a bit of psychological pressure on me. I tried to put it out of my mind, but in the end it was still there. Thanks to you guys for writing about it everywhere and reminding me,” he joked with journalists after the game.

“It’s been a long time coming, and I’d like to thank all my partners and coaches throughout my career, as well as my family and friends. Without them I could never have achieved any of this.”

Perhaps surprisingly, he also admitted that he only became of the All-time record about a year ago as he closed in on his 400th career goal.

“I only really found out about Mikhailov’s record when I got my 400th goal and everyone started writing about it,” he added. “Before that I hadn’t looked it up in the record books.” 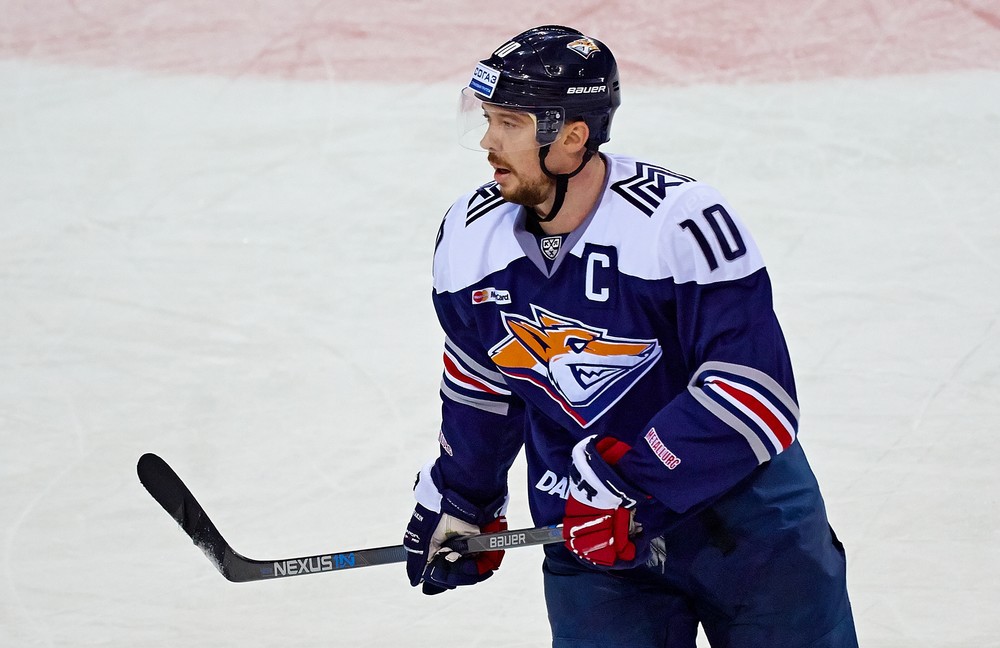 Heartbeat of the locker room

Although Mozyakin is far from the most prominent player in the media, preferring to let his hockey do the talking on the ice rather than speak at length to journalists, his colleagues at Metallurg all agree that he is by no means aloof.

For Ilya Vorobyov, his current head coach and briefly a team-mate at Atlant, Mozyakin’s personality and contribution to the locker room is every bit as significant as what he does on the ice.

“His personality is as important as his scoring ability,” said the coach earlier this year. “We are not just looking for a bunch of good players, but a really united group and Mozyakin is instrumental in providing that.”

Jan Kovar, whose assist set up Mozyakin’s record-breaking goal, credits his captain with helping him to settle in Russia after arriving at Magnitka in 2013. “I picked up the language pretty fast because I was spending so much time with Sergei,” Kovar said. “We were always together and I learned a lot from him.” 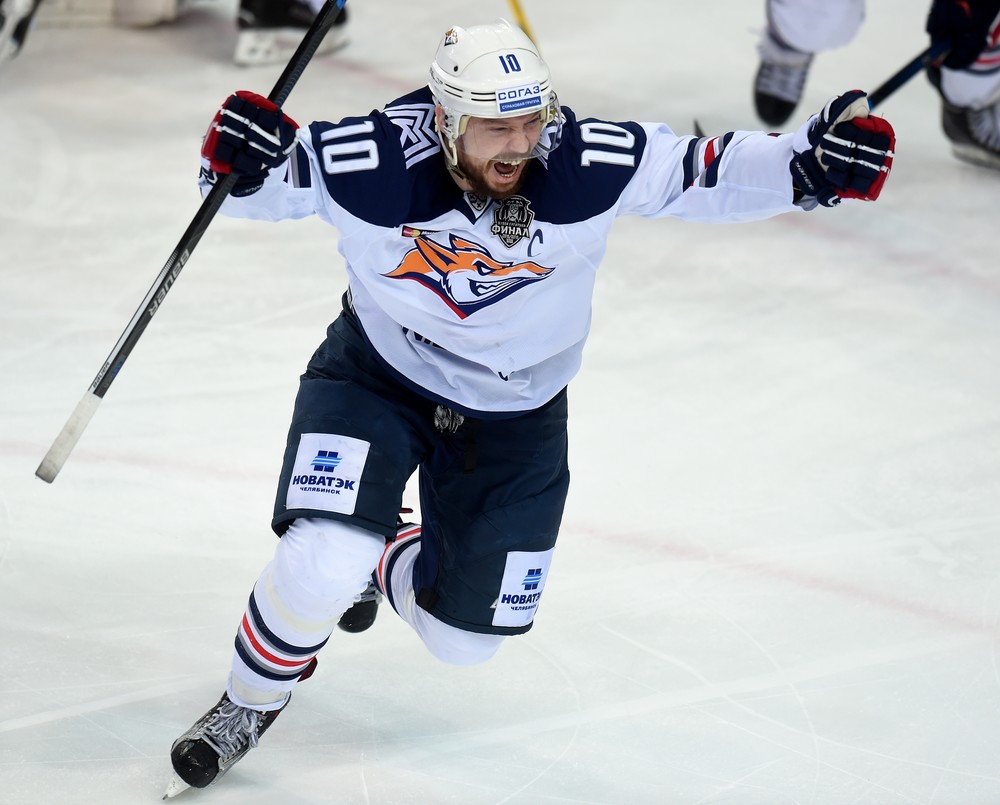 Mozyakin’s goalscoring feats have prompted several observers to suggest that he could hit the 500 mark before the end of his career, a target that would almost impossible for subsequent players to match.

But Metallurg vice-president Gennady Velichkin believes that the forward’s dearest dream has nothing to do with career goal tallies.

“I know that Sergei has one more dream – to play on the same team as his son, Andrei,” he told khl.ru. “Right now the boy is 15 years old, and we all hope that this dream can come true.”

Andrei, a forward who his father once likened to Maxim Sushinsky in his playing style, is currently part of the junior set-up in Magnitogorsk and there are high hopes that he might one day take his place in the senior team.