Kunlun Red Star’s Vancouver-born Chinese defenseman, Zach Yuen, spoke to KHL.ru about his pathway to hockey success, on the future of the sport in China, and on the camaraderie and the seven different languages in the Red Star locker room.

In the summer of 2016, work began on assembling from scratch a hockey team in Beijing which could hold its own in the KHL, and to do so in time for the new Championship. The chances of success seemed slim to many, but now, as we approach the season’s halfway point, the stirrings of doubt in even the most hardened skeptics have been stilled. Under the wise guidance of Vladimir Yurzinov Jr. the men of Kunlun Red Star have displayed some fine hockey and the team is even a serious contender for a playoff berth, while the club’s young Chinese players look set to be stars of the future, with their eyes on the chance to shine when the city hosts the 2022 Winter Olympics.

Of that Chinese contingent, 23-year-old defenseman Zach Yuen has attracted the lion’s share of attention. His name is already in the history books as the first citizen of the People’s Republic to take points and score goals in the League, although the man himself was born and raised in Canada, where his family had settled and where he learned to live and breathe the game of hockey. 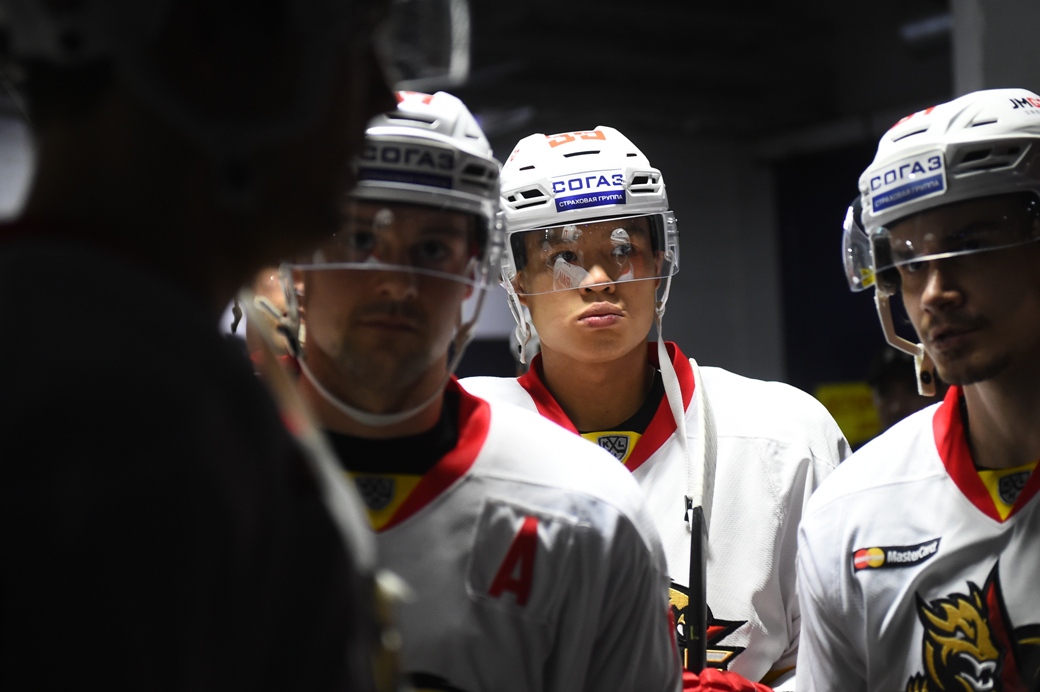 "I’ve dreamed of being a professional hockey player for as long as I can remember."

- You were born in Vancouver. What’s the story behind your parents move to Canada, and do you have family in China?
“My dad was born in Hong Kong and moved to Vancouver at the age of 15. My mother's family hail from China and they moved across the Pacific about fifty years ago, but I still have relatives in China, in Hong Kong.”

- Do you still observe Chinese traditions in your family?
“Yes, and I’ve lived with my Chinese grandparents. They know many of the traditions we observe. We are a very Chinese family and that's why I have a good command of Chinese. In Canada there are many second or third generation Chinese children who do not speak the language, but my grandma and grandpa would always talk to me in their native tongue.”

- How did you get involved in hockey? It is quite an exotic sport for those of a Chinese background.
“I was part of the first big wave of Chinese players. My father settled in Vancouver, where the sport has deep roots, and he would go with his pals to watch the Canucks, and of course, he saw street hockey. I started skating as a two-year-old and I loved it, all the more so because my dad was already a fan. Plus, of course, the fact that anyone who takes up hockey in Canada wants to become a pro.”

“Kunlun is just the first step toward making hockey more popular in China. It will take time to achieve the desired growth in winter sports in the years leading up to the Olympics, but I think the Chinese hockey team has a bright future.”

- Were there other Chinese children in the teams when you played as a youngster?
“As I said, I'm part of the first really big wave, so yes, I was surrounded by Chinese players. However, when the time came to split us into lower and higher leagues according to level, then I was the sole Chinese player in my team, and that’s the way it continued until now.”

- Did you ever consider trying any other sport?
“No, I’ve played hockey since I was three, for as long as I can remember, and I always harbored dreams of being a professional hockey player.”

- Was it difficult to combine the sport with your education?
“Since I am from a traditional Chinese family, my schooling has always played an important role. For example, in addition to hockey I learned to play the piano, but hockey was always my favorite pastime. My parents let me play as much as I wanted, but I had to complete all my schoolwork before I could get my skates on. I finished with school and with the piano lessons, and then I could give 100% to hockey.” 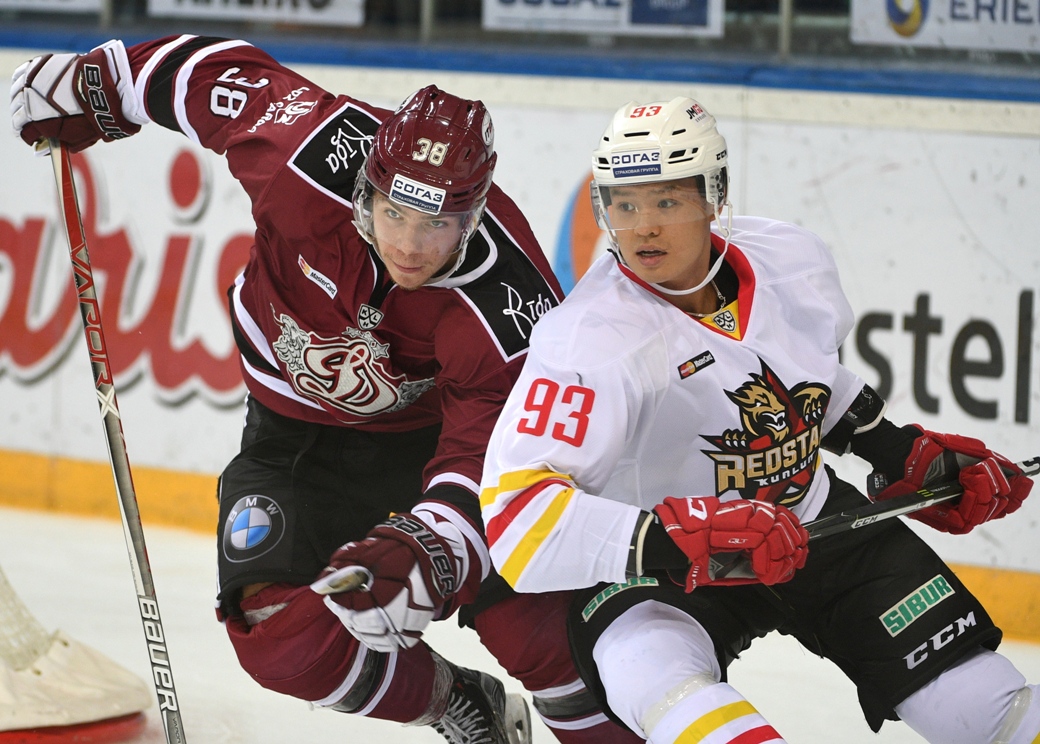 - You can play in defense or in attack. Which did you try first?
“When I was a youngster learning the game, the coaches would often put me in defense, but I also got some time in offense because that was my preferred position. So it was about half-and-half when I was young. In the senior youth leagues I played in defense, but I still had around six months in offense. The coaches liked my attacking skills, so they sent me on in powerplay and in defense, so I could give the forwards more room for maneuver. I know both positions very well.”

- What memories do you have of your debut in the Western Hockey League?
“It came around a year before the draft, after which – as you know - you spend an entire season with a team, and that is a great feeling. Before that you might get five or so games in the whole regular season. I played four times for the Tri-City Americans, plus seven times in the playoffs. That was awesome, being a 15-year-old getting called up to play. There were the likes of Jamie Benn, Tyler Myers – a lot of good players. That League was a big leap forward for me.”

“I was part of the first big wave of Chinese players. My father settled in Vancouver, where the sport has deep roots. I started skating as a two-year-old and I loved it, all the more so because my dad was already a fan.”

- Winnipeg drafted you in 2011. Were you at the ceremony?
“Yes, I was in Minnesota, and I was lucky enough to attend and get drafted.”

- You were drafted in the fourth round at 119. Did you expect this, or did you think you’d been under-rated?
“I don't think it matters. Second round, fifth round – what's the difference? I was just happy to be selected.”

- In the 2013-14 season you had three outings for the Toronto Marlies in the AHL, and from there it is a short step to the NHL...
“Yes, and I played with guys that had already been in the NHL for two or three seasons and racked up over 100 appearances. That was an excellent experience.” 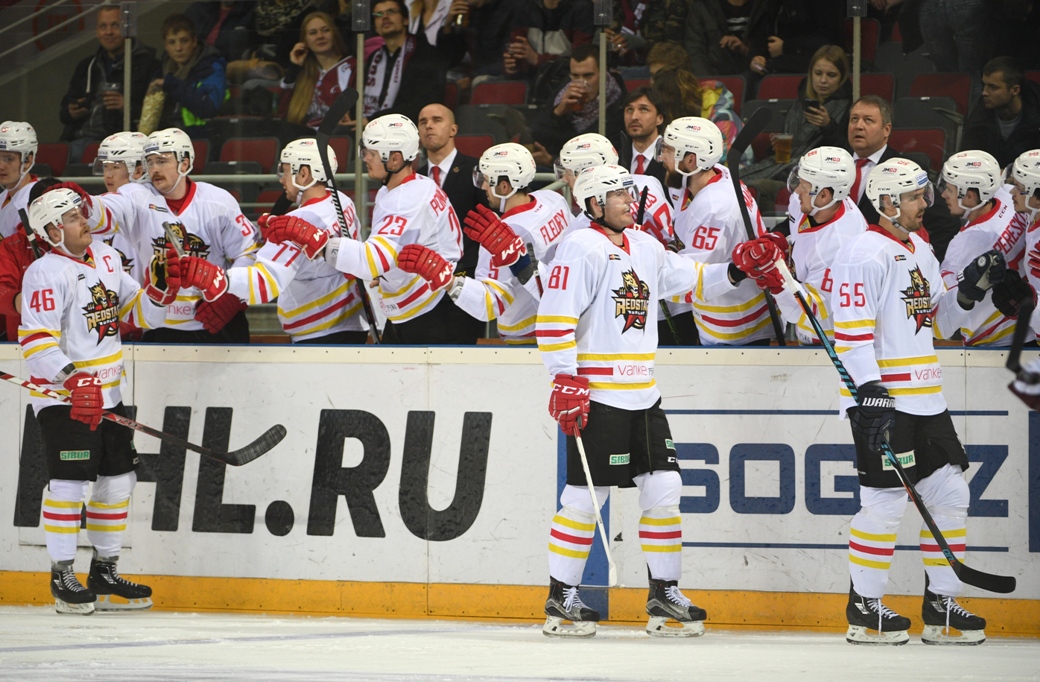 “At Kunlun there are seven languages used by the players"

- When did you first hear about Kunlun Red Star?
“About a year ago. I heard reports of a Chinese club joining the KHL and I thought it would be great if I were invited.”

- Was it the natural choice for you?
“Yes, I was lucky enough to be invited to the team, and here I am. This is perfect for me. I'm very happy playing for Kunlun.”

- Had you met any players from the KHL back in North America?
“Yes, and there was quite a few of them.”

“Since I am from a traditional Chinese family, my schooling has always played an important role, but hockey was always my favorite pastime. I finished with school and with my piano lessons, and then I could give 100% to hockey.”

- Kunlun Red Star’s roster has a strong multinational flavor. Does the team have problems with language barriers?
“In our team we have seven languages used to bring us all to order, which is a bit of a crazy task. Still, most of the guys speak English. There’s an interpreter for the Chinese players, as they don’t know English, and not all the Russian players are comfortable with it, but I don’t mind translating. In any case, hockey is a language in itself. Out on the ice you don’t need to say much and the players understand one other.”

- Kunlun Red Star is one of those teams which almost lives in airplanes. How difficult it is that for you?
“Of course, this is different to North America. I'm used to travelling, but there it was mostly by bus. These flights can last five, six, seven hours, where in North America you would for two, or three at the most. This is obviously new for me.” 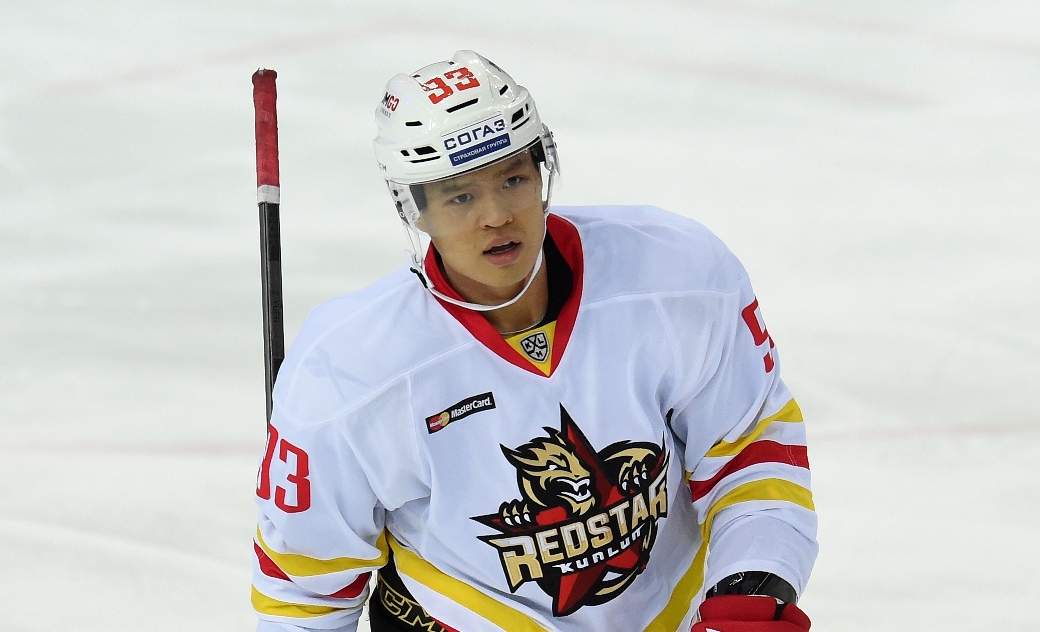 - What were your first impressions of the KHL?
“I was very impressed with the high level of skill and the fast pace. It is hockey of a very high standard. I am learning a lot from my team mates and coaches. It is valuable experience.”

- Kunlun Red Star keeps making history. Against Spartak you became the first Chinese player to provide an assist, then the first to score a goal... Do you feel like a part of history?
“It's great that Chinese guys have the opportunity to play in the KHL. But the main task is to carve out a path for more Chinese players to come to the League in the future. Over the next few years we will see many more players from China, and they will score a lot more points. This should inspire more Chinese hockey players to become professionals.”

- What is it like working with the Russian coaching staff led by Vladimir Yurzinov? Do their methods differ from what you have experienced elsewhere?
“We have a superb coaching staff. Despite the language barriers we mentioned, the coaches devote time to us each day and help us become better professionals. I love working with them.”

“In our team we have seven languages used to bring us all to order, which is a bit of a crazy task. Still, most of the guys speak English, and hockey is a language in itself. Out on the ice you don’t need to say much and the players understand one other.”

- How long do you think it will take to create a team composed entirely of Chinese players?
“This team is just the first step toward making hockey more popular in China. It's hard to say how much time that will take. A single team will not make the game popular throughout the nation, but I know the Chinese government wants to promote hockey and there will be a lot of investment. They need to have built a few hundred rinks by 2020. It will take time to achieve the desired growth in winter sports during the years leading up to the Olympics, but I think the Chinese hockey team has a bright future.”

- Is sport the most important thing in your life?
“When I was younger, my dream was to become a professional hockey player. I made it, and this is the center of my life. That's what makes me happy every day. I'm not looking too far into the future; I just try to improve as a player every day.” 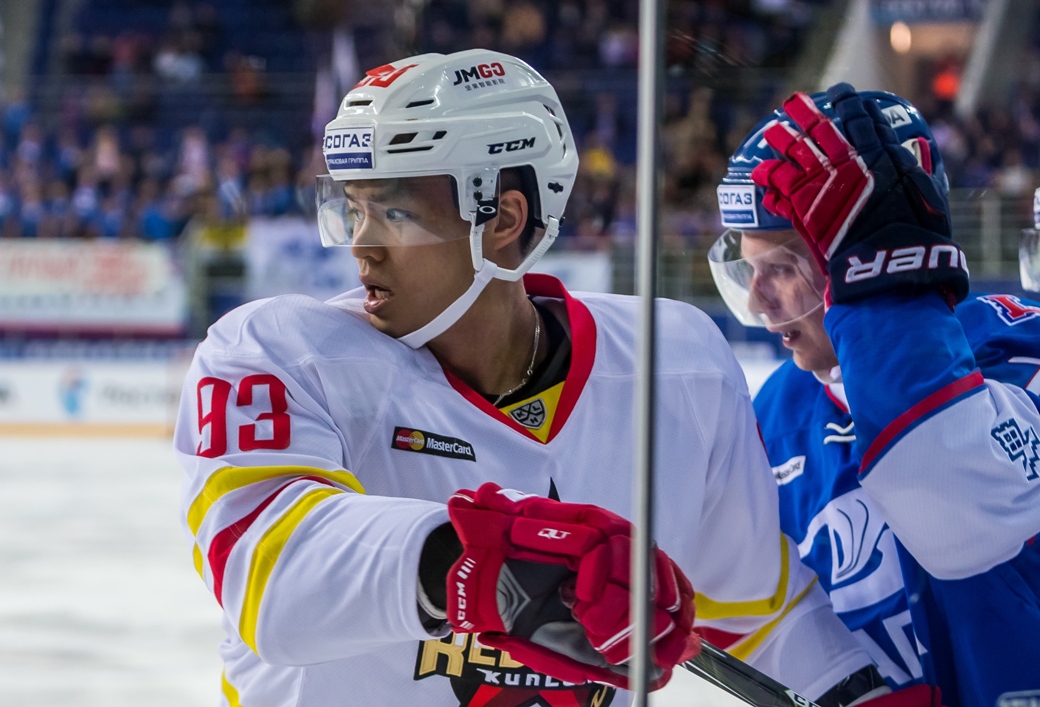