Metallurg Magnitogorsk is just one game away from its third Gagarin Cup final in four seasons. With two cups already on the honors board – in 2014 and 2016 – defenseman Chris Lee is one of several players aiming to make it three in 2017. As he and his team-mates prepare for game four of the Eastern Conference Final in Kazan, he explained that opposing teams shouldn’t bank on Magnitka slowing down, looked at a bright future for his colleagues on the blue line and talked about playing Russia while his family remains on the other side of the Atlantic.

Chris, thanks for making the time to speak with us. They say that winning is hard and repeating is harder, but so far this season Metallurg doesn’t seem to be having much trouble defending its title.

Chris Lee: [laughs] So far, so good, but our work is far from complete. We’re in a good position in this series but it’s not over and we expect Kazan to fight for their lives on Thursday. We just want to continue playing the way we have. Even though we’re 3-0 in the series, we have to try not to focus on that. It’s just one game at a time. The task is always to win the next game. But hopefully the position that we’re in gives everybody confidence that we are playing the right way and can continue to do that.

‘Winning two cups with these guys creates a bond; it gives us the confidence to know we can be successful’ 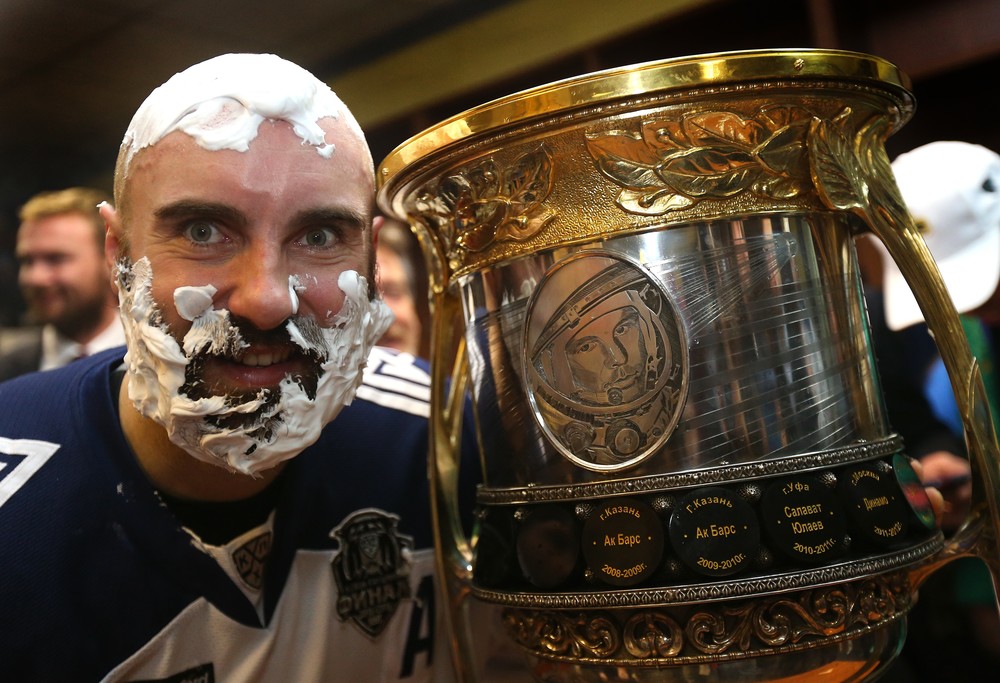 It feels like the Magnitogorsk roster hasn’t changed much in the last few seasons. How much does that help the team in those pressure situations?

Chris Lee:I think continuity always helps. We’ve kept a solid bunch from our first cup in 2014. To be able to win two cups with a large group of these guys creates a bond. It’s a good group, everyone trusts one another and we believe that will we get the job done together. That gives us the confidence to know that we can be successful.

This season, a lot of Magnitka’s players are producing even better numbers than they did in 2014. It’s like an aging process in reverse!

Chris Lee: Hopefully, yes. It’s funny how it works sometimes, but we’re really not letting age become a factor. I have to say ‘hopefully’, because I’m one of the older guys here! This year we’ve done a fantastic job – I couldn’t tell you how many records we have set in scoring, Sergei Mozyakin especially. Of course, our experience helps, but I can’t really explain why all at once we are all having career-best seasons.

Mozyakin and his partners inevitably get most of the headlines. Does that sometimes get a bit frustrating when the rest of the team’s contribution doesn’t get so much recognition outside the locker room?

Chris Lee:That would be selfish of me to think that way. As a group, we are so focused on winning, regardless of who contributes. Winning games is more way more valuable than individual stats. You can see in the playoffs, our first line is producing regularly, we are winning games and everyone is happy. It’s a good attitude throughout the organization.

‘For Antipin and Bereglazov, it all depends on how far they want to go in their careers.’

Apart from the veterans, Metallurg has some impressive young defensemen like Viktor Antipin and Alexei Bereglazov. What’s it like playing with them as they grow into great players?

Chris Lee: It’s great being on a team with them. Even when I first came here, Antipin was coming off a 10 or 11-goal year and he’s grown from there. It’s fantastic, it’s been great fun to see him progress into the player he is today.

Bereglazov has taken tremendous strides this season in his own progress. I’ve played alongside him most of the year, seen him become a staple for the national team and I’m expecting big things in his future. I wouldn’t be surprised if we see big things from both of them. It all depends on how far they want to go in their careers. If they decide to go to the NHL, I can’t wait to see what happens for them there. I wish them all the luck in the world.

After the 2014 Gagarin Cup win, you talked to your hometown paper in Ontario about your unconventional career path. When was it that moving to Europe, and ultimately to Russia, became a viable option?

Chris Lee: I played in North America for about six years before I decided to come over to Europe. Russia was never really a thought at the time, I wasn’t sure if I was really good enough for that level. I wasn’t sure how I was going to do on the big ice in Europe. It took a few years, playing in Sweden and Germany, and then suddenly doors opened for me a little bit. It was never exactly a goal, but I got to see the world, play some hockey and then success started following me.

‘It doesn’t matter where you come from, you can still have a successful pro hockey career.’ 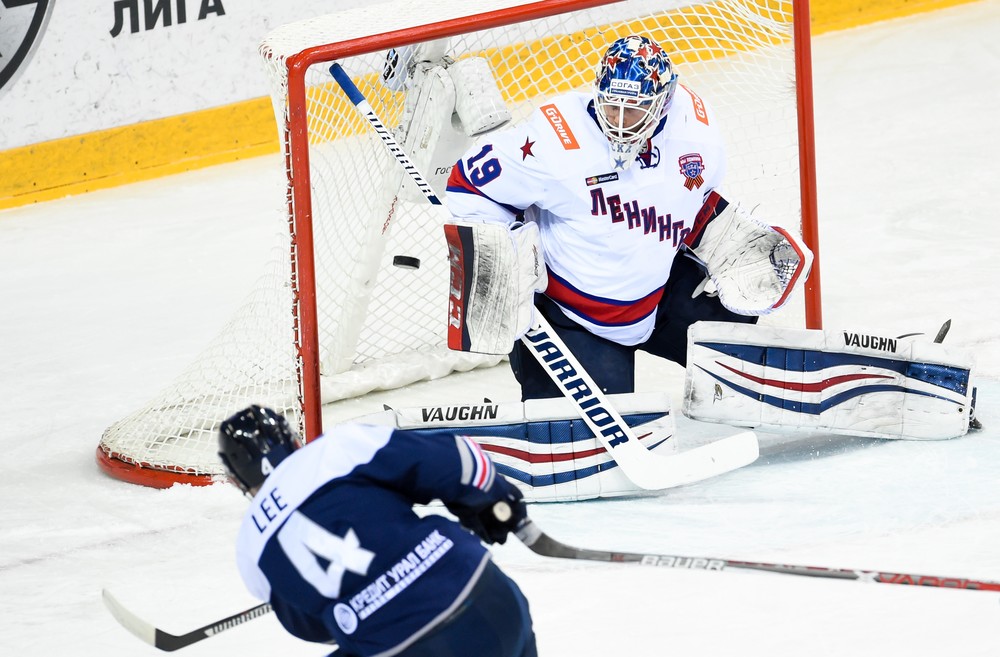 As something of a late developer in your own career, do you feel that your experience of emerging from a modest college hockey program into the top end of the pro game can inspire other players who maybe struggled to make an impact in their teens or early 20s?

Chris Lee:Hopefully guys can get some motivation from that story. Whether you’re big or small, it doesn’t matter where you play, there might always be an opportunity. You need to work hard, and it takes some luck with opportunities opening up at the right times, but you can achieve it. Players can come out of a Division 2 college or a tier two junior league and still have a successful pro hockey career.

In that 2014 interview, you also talked about the difficulty of being apart from your family, who stay in Nashville, Tennessee, during the season. How do you cope for so long without them?

Chris Lee:Thank goodness for Snapchat! If that type of stuff wasn’t possible, it would be a whole lot harder. The most difficult part of being here is being away from them, but I get to see them every day on the computer. I also get to go home a few days each year, during the international breaks, the club allows me to go home each time. That’s really more than I could ask for. If I wasn’t able to do that, it would be very hard.

Then we have a couple of months in the summer, and that’s really special. I don’t have to worry about what’s happening, I just want to be home with the family. I don’t have to do anything else.

And if you can bring home another cup, that always helps?

Chris Lee:Yeah, it makes it a little bit more worthwhile. I couldn’t say it would be a shame not to win it, but it definitely makes a difference when you come back with a win. 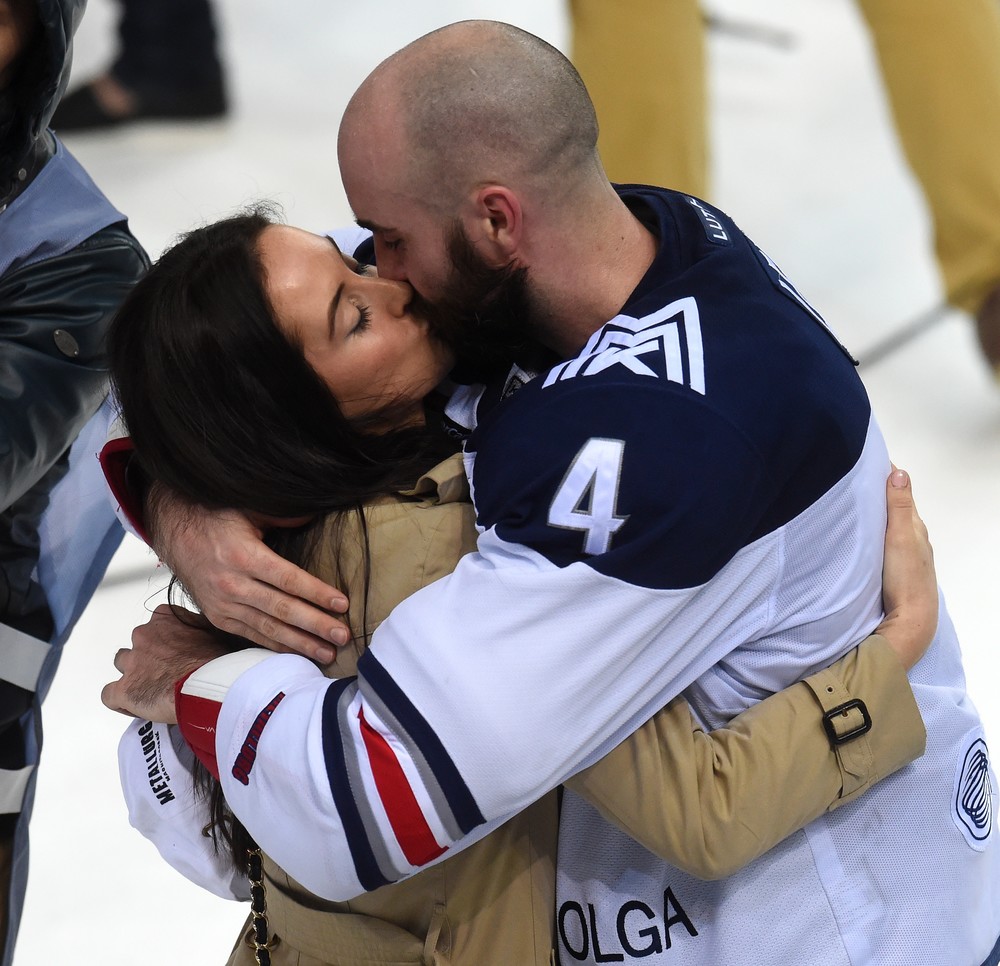