Records in Magnitogorsk, medals for Loko … and the Final still to come.

The Gagarin Cup final is on its way – and this year’s edition is set to be a thriller. Metallurg Magnitogorsk and SKA powered their way through their Conference Finals without dropping a game to set up a true Clash of the Titans next Saturday. But it’s not all about Mozyakin setting another record, or Oleg Znarok reaching his fourth Gagarin Cup final as a coach; Lokomotiv Yaroslavl claimed bronze in the Russian Championship after bowing out in the Western Conference Final and another Trans-Atlantic hockey legend took his first session as a KHL head coach. Read on …

A tale of two goalies

SKA’s starting goalie Mikko Koskinen was in blistering form at the start of its Western Conference Final series against Lokomotiv – but the Finn picked up an injury during game three and had to be replaced. Up stepped young Igor Shestyorkin, widely tipped as a star of the future, and he delivered a composed performance in a fiery atmosphere to backstop his team to an overtime victory that proved pivotal in the series. Home head coach Alexei Kudashov was ejected from the game for throwing a water bottle onto the ice, giving SKA a chance to tie the game before Alexander Barabanov picked the perfect moment to end his scoring drought with the overtime winner.

Shestyorkin, whose previous contribution this post season had been a couple of minutes standing in while Koskinen adjusted his equipment, returned for game four and allowed just one goal despite a storm of Loko pressure. SKA claimed the sweep; Loko looked for a consolation prize … 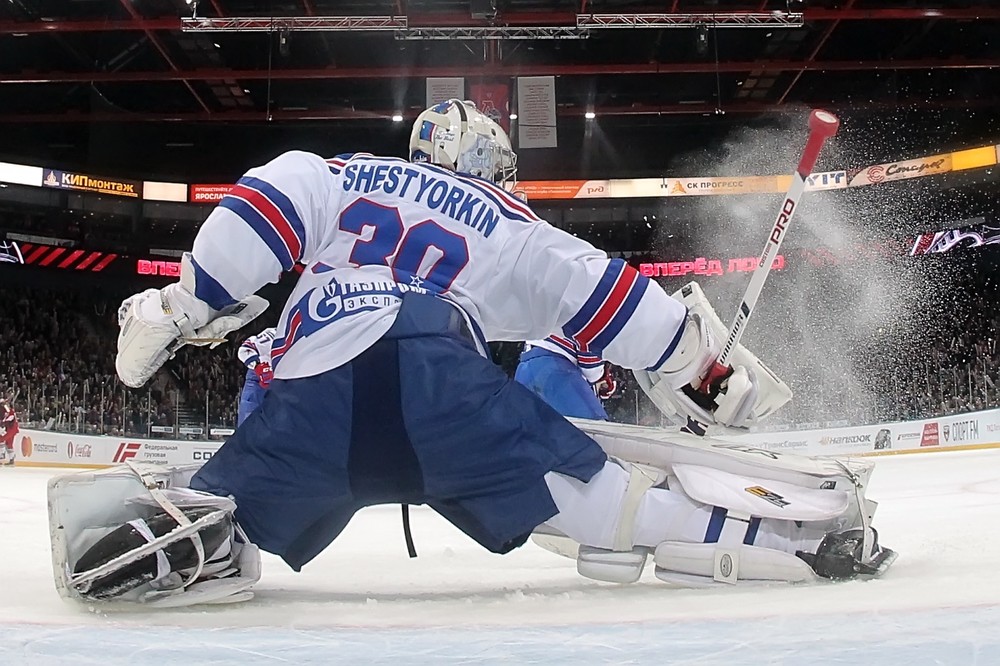 Although Lokomotiv Yaroslavl failed to win a game in the Western Conference Final, Alexei Kudashov’s team did enough to take third place in the Russian Championship despite losing out to SKA. In a series of narrow margins, Loko was never outclassed; two overtime losses and a game that got away from the Railwaymen in the closing minutes typified the play.

It’s a young roster in Yaroslavl, with the likes of Pavel Kraskovsky, Yegor Korshkov and Alexander Polunin all emerging as talents to watch in the near future. And, as former LA Kings prospect Brandon Kozun told KHL.ru, the major plus point of the season has been seeing these youngsters gaining big-time experience and thriving on their success throughout the campaign. 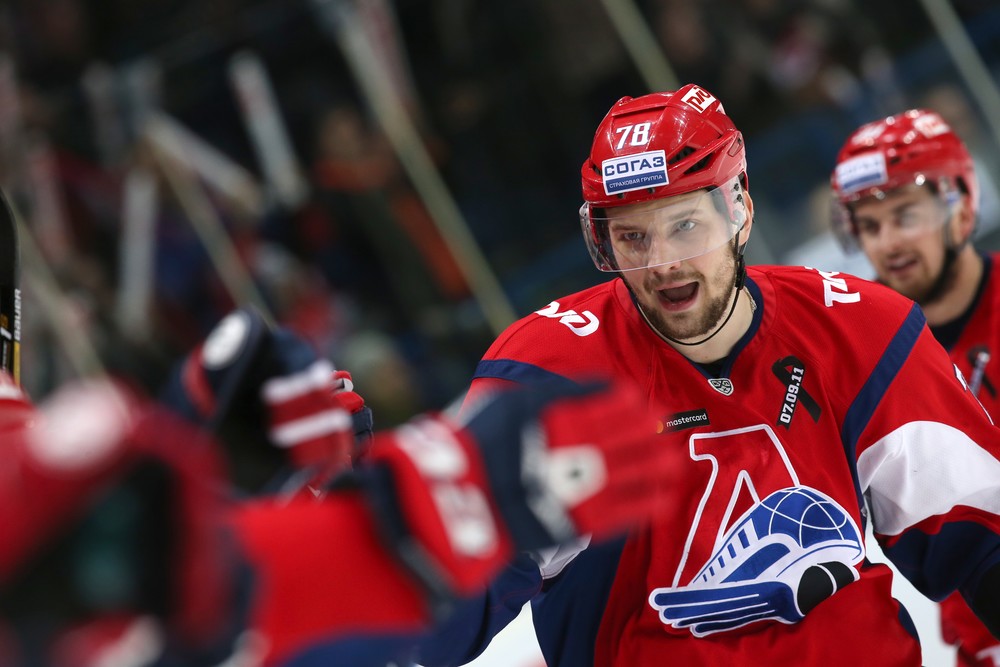 Sergei Mozyakin’s latest achievement is becoming a regular feature of the KHL’s weekly round-up … and this time the Magnitogorsk forward has rewritten a 54-year-old record. When he got Metallurg’s third in its 4-1 victory at Ak Bars on Thursday, he potted his 54th goal of the 2016-17 season. That beat the 53 that Veniamin Alexandrov scored for CSKA way back in 1962-63 as the Army Men marched to yet another Soviet title. Mozyakin also picked up two assists on the night, helping to wrap up a series sweep and set up a Gagarin Cup Final showdown with SKA. All that on his 36th birthday, continuing a career-best season at an age when many players are easing into retirement.

Partner-in-crime Danis Zaripov, also 36, is closing in on a KHL record of his own. He’s already got 15 playoff goals this season, including four in the Eastern Conference Final series, and needs just one more to set a new post-season goal record. Not surprisingly, Magnitka defenseman and fellow 30-something Chris Lee was keen to celebrate the value of age and experience in an exclusive interview with KHL.ru last week.

Zubov to Sochi, Skabelka to Omsk.

Sergei Zubov, a trailblazing defenseman on both sides of the Atlantic, took his first practice session as head coach of HC Sochi this week. Zubov, now 46, was among the first Russians to win the Stanley Cup on Mike Keenan’s Rangers roster in 1994. He repeated that feat in 1999 with the Stars, as well as picking up Olympic gold in 1992 as part of the United Team that replaced the Soviet Union in Albertville. After returning to Russia to join SKA in the KHL in 2009, he played two seasons before retiring due to hip problems. As a coach, he was part of Vyacheslav Bykov’s 2015 Gagarin Cup-winning staff and spent much of last season as acting head coach following Andrei Nazarov’s brief tenure in Petersburg. His new post in Russia’s Olympic city will be his first as a full-time head coach.

Elsewhere in the league, Avangard Omsk responded to its Eastern Conference Semi-final defeat by replacing Fyodor Kanareikin with former Sibir head coach Andrei Skabelka. In recent seasons, Skabelka – helped by GM Fastovsky – transformed the Novosibirsk team into genuine contenders in the East, although a season dogged by injuries saw Sibir miss the playoffs this time around. On leaving Omsk, Kanareikin told KHL.ru’s Russian site that he’d been handed an impossible task and was expected to build a winning team in just seven months. Igor Zakharkin is another coach settling into a new job. After leaving Salavat Yulaev, he took up the role of head coach at Ugra Khanty-Mansiysk. But Valery Belov is going nowhere, having signed a two-year contract extension as a reward for taking Vityaz to its first ever KHL playoff. 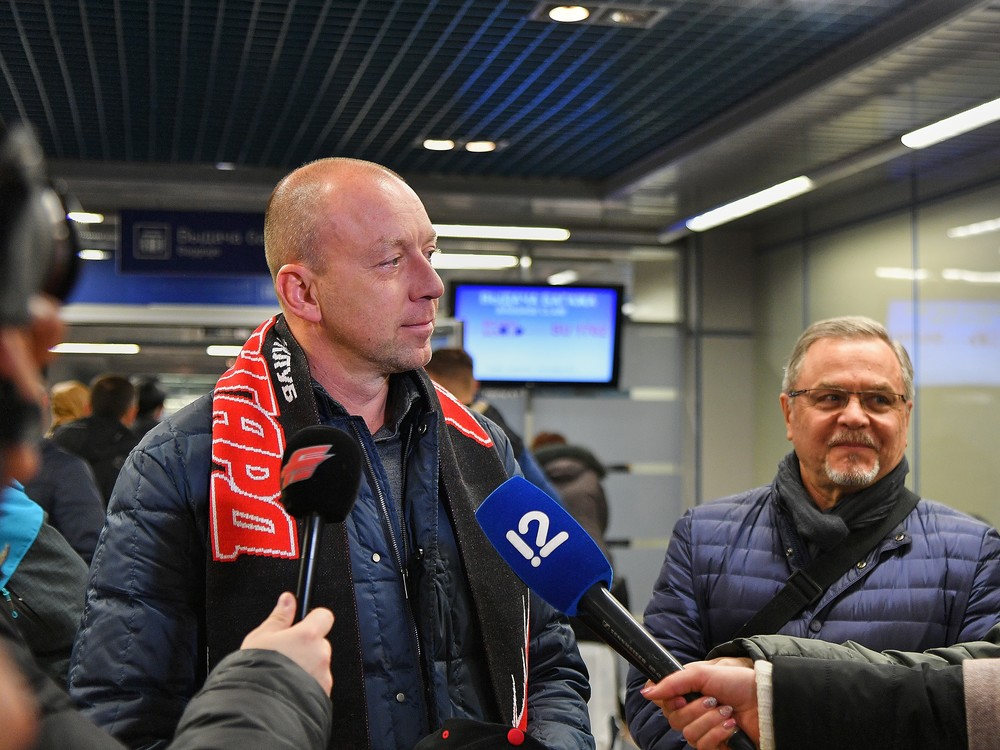 It’s the big one! Metallurg Magnitogorsk and SKA St. Petersburg face off in the Gagarin Cup final, starting on Saturday, April 8 in Magnitogorsk. The series promises to be spectacular – SKA has set new team scoring records this season, while Metallurg’s Mozyakin and Zaripov are piling up individual production records. Both teams have been imperious in post season, losing just one game each in the three rounds so far. Throw in two head coaches who worked together with Team Russia at the World Cup of Hockey, and the clash between the 2015 and 2016 champions looks set to be full of intrigue from start to finish. The action gets underway Saturday at 3pm, Moscow time, and games continue every other day until a potential Game Seven decider on April 20. For full details of the schedule click here. Media organizations seeking accreditation for the final can apply here before April 5. 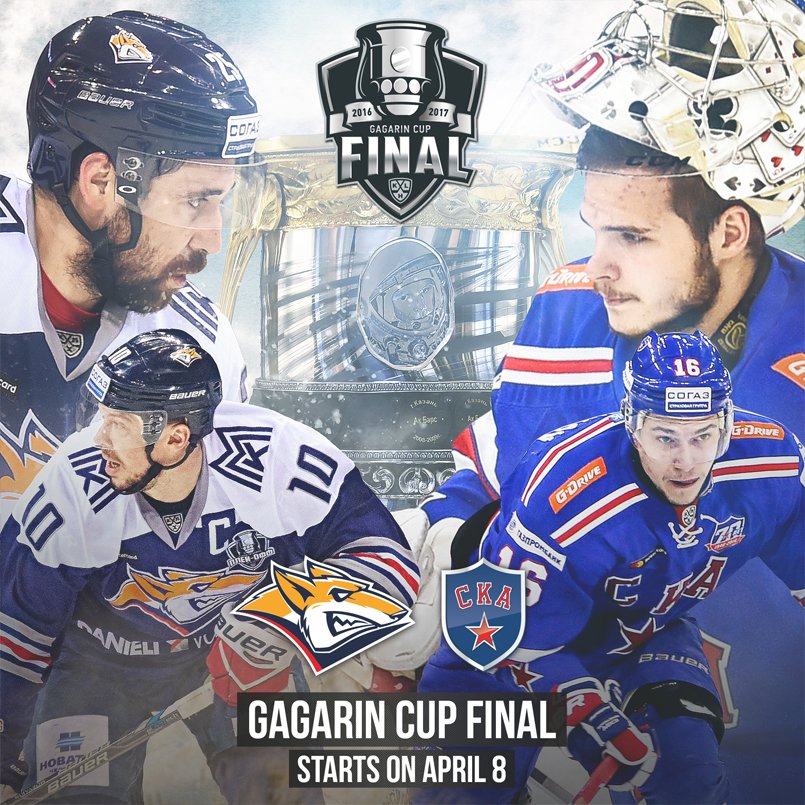