KHL around the world - most interesting news of the last week

From Prague to Belfast, via Kiev and St. Petersburg, many KHL players were on international duty last week. For team Russia’s representative, games in the Czech Hockey Games and the ALROSA Cup were a chance to stake a claim for a place in Oleg Znarok’s World Championship roster in Cologne this week. For the other big European nations, there were similar rewards on offer. Meanwhile, for Kazakhstan and Croatia, playing in Division One of the IIHF World Championship, the season came to an end with a week of international play.

Russia didn’t have the happiest of tournaments at the Czech Hockey Games, losing in overtime to Sweden before being frozen out 0-1 against Finland. But Nikita Gusev and his SKA colleagues Evgeny Dadonov and Vadim Shipachyov ensured a winning end to the tournament with a 4-3 shoot-out success over the hosts.

Throughout the season, Oleg Znarok has used the Euro Hockey Tour as a chance to experiment and give experience to new faces. This competition saw defenseman Ivan Provorov get his first chance to play for Russia’s senior team after completing his first NHL season in Philadelphia. He claimed his first international goal on Sunday, but the day was dominated by Gusev. The SKA forward tied the scores at 3-3 in the 58th minute and went on to score twice in the shoot-out to bring Russia the win.

Znarok is now close to formalizing his roster for May’s World Championship campaign, which starts on Friday in Cologne. This is the last major World Championship before next year’s Winter Olympics, which could mean more opportunities for KHL players following the news that the NHL is not planning to release its stars to play in Korea. Two players, Valery Nichushkin (CSKA) and Anatoly Golyshev (Avtomobilist), needed painkilling injections to get them through Sunday’s game and their fitness will be monitored as the team gets ready to fly to Germany. 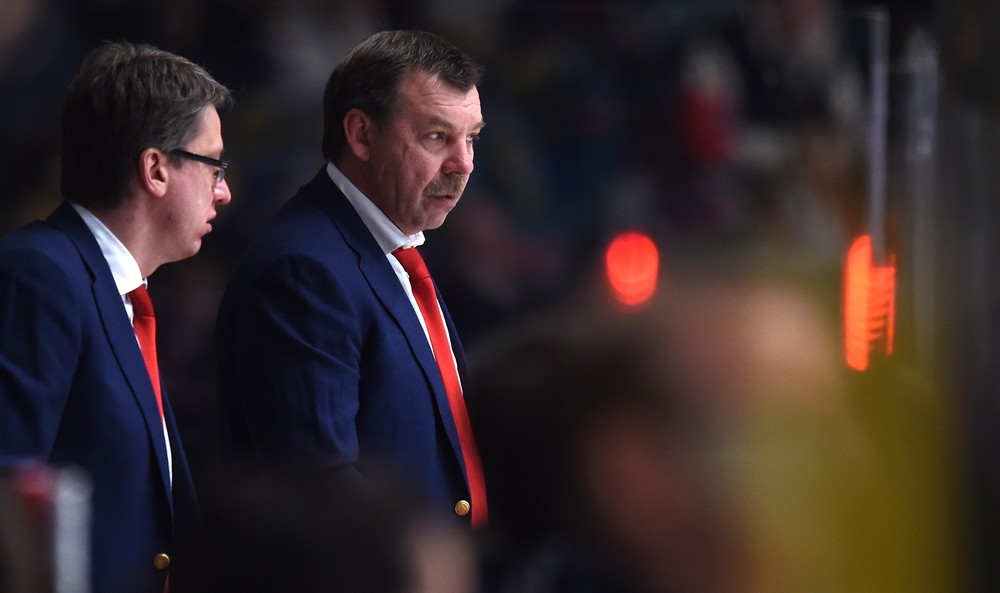 While the senior team stuttered in Prague, the B team – known as Russia’s Olympic team – impressed in St. Petersburg. Russia hosted the ALROSA Cup, a three-team competition featuring Norway and Slovenia – two of the nations heading to Paris for the upcoming World Championship.

The team, coached by Oleg Bratash and captained by Sibir’s Stepan Sannikov, a bronze medallist in Moscow last year, powered to an 8-2 victory over the Norwegians before beating Slovenia 5-3 to win the cup. Slovenia featured four KHL players of its own – Rok Ticar (Avtomobilist), Robert Sabolic (Admiral, Ziga Jeglic (Slovan) and Jan Mursak (CSKA).

There were impressive performances from Salavat Yulaev due Kirill Kaprizov and Mikhail Vorobyov, while SKA’s Alexander Barabanov scored in both games in front of his Petersburg fans. Sannikov was also in good form, getting among the points in both meetings. With Russia’s Euro Hockey Tour roster suffering two defeats, Znarok made it clear that there are still places up for grabs on the team heading West for the World Championship. “After the Czech Games and the ALROSA Cup we will have a trial game between the first team and the Olympic team,” he said. “Only after that can we nominate our roster for the Worlds.” 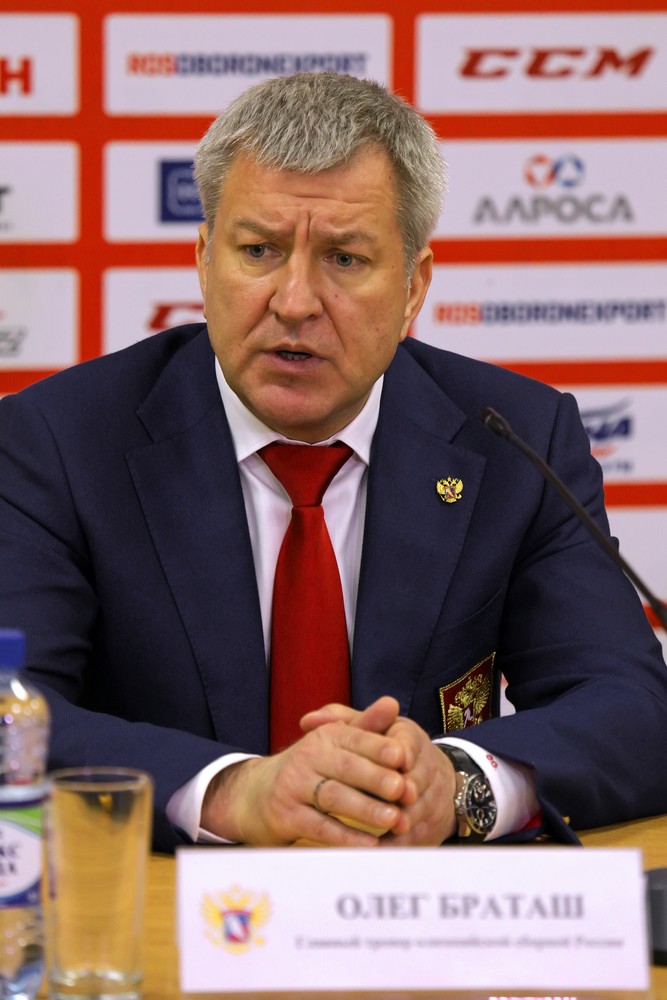 Kazakhstan misses out in Kiev

While many players are dreaming of pulling on their countries’ colors in Cologne or Paris this week, Kazakhstan was hoping to be back at the show in 2018. The team, dominated by Barys players, headed to Kiev for Division IA, seeking an instant return after suffering relegation in Moscow last season.

In the event though, the Kazakhs missed out in a nail-biting finale to the tournament. Going into the final day, the team was in with a chance – helped in no small part by Nigel Dawes and Brandon Bochenski, who led the scoring charts with nine and seven points respectively. A lunchtime victory over Hungary meant it would all come down to the final game between Ukraine and Korea. A Ukrainian win – even in overtime – would be good enough to see Kazakhstan up. The only problem was that Ukraine had lost all its earlier games.

The host nation battled hard, holding Korea to a 1-1 tie over 60 minutes. But the Asian country edged the verdict in the shoot-out, claiming promotion to the Elite Pool for the first time in its history and leaving Eduard Zankovets to rue last Sunday’s shock 2-5 loss against the Koreans. 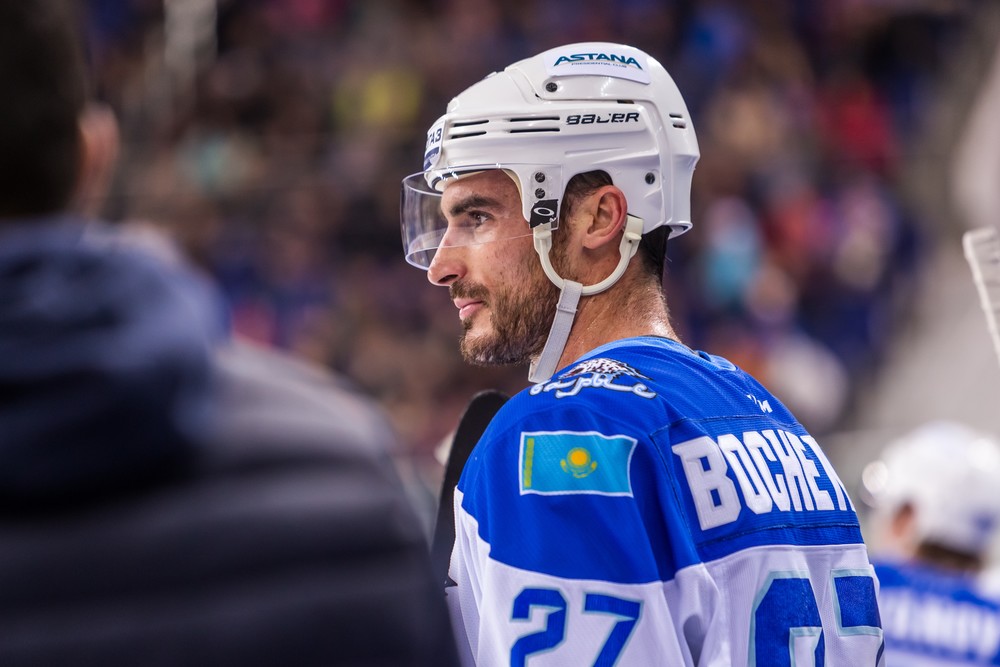 Croatia, one of the smaller European hockey nations, competed in Division IB in Belfast. Since Medvescak joined the KHL four seasons ago, Croatian hockey has enjoyed an enhanced profile and the national team has become of staple of the de facto third tier of world hockey. This season, once again, the Croats iced a team with a strong core of Medvescak players – including a handful of youngsters whose KHL experience is helping them to develop. The likes of Matija Milicic, Ivan Jankovic and Jan Smolec have gained valuable ice time at the highest level, while Nathan Perkovich and Tomislav Zanoski bring more extensive big-league experience to Enio Sacilotto’s roster. In the event, a slow start in Northern Ireland saw Croatia lose its opening two games against the top seeds, Britain and Japan. Under pressure, the team eventually took fifth, good enough to maintain its place at this level for another season. Look out for an interview with Perkovich on khl.ru next week. 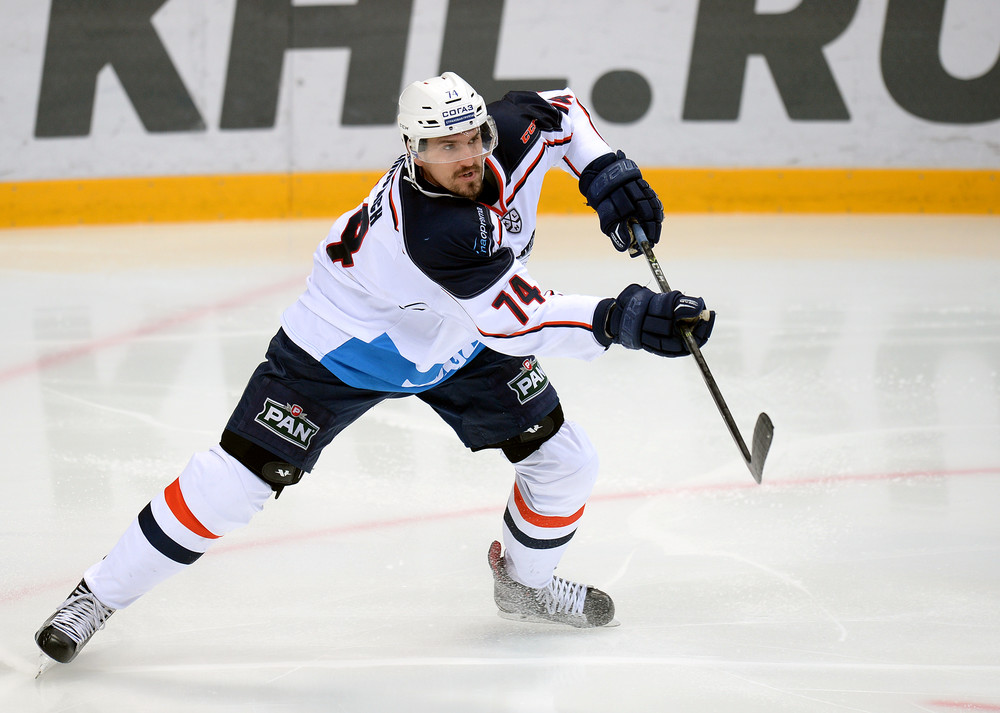