It’s an Olympic season – the third in the KHL’s short history. And while we’re still waiting to see Russia add to its collection of Olympic medals, the games have not been short on KHL involvement. We’ve seen 12 medals handed to players representing KHL clubs at the Games in 2010 and 2014. As we continue our short series of Olympic memories, it’s time to head to the Black Sea where Sochi became Russia’s sporting capital in February 2014.

As Olympic host nation, Russia once again had high hopes of winning medals. However, the campaign was once again frustrating. In the group stage, a shoot-out loss against the USA was followed by a virtuoso performance from Slovakia’s Jan Laco, then of Donbass Donetsk. Laco held Russia’s much-vaunted offense goalless before succumbing in a shoot-out. The host made it to the quarter-finals, but was halted by Finland.

This time there were a total of 48 active KHL players involved in the Olympics. The drop in numbers from 2010 was largely due to Belarus’ failure to qualify. Latvia (13) and Slovakia (10) had the biggest KHL contingents in the competition.

Although there were slightly fewer KHL players than in 2010, there were more KHL medallists. The Finnish roster featured eight representatives of our league, with Jarkko Immonen back for the second time as a KHL player. 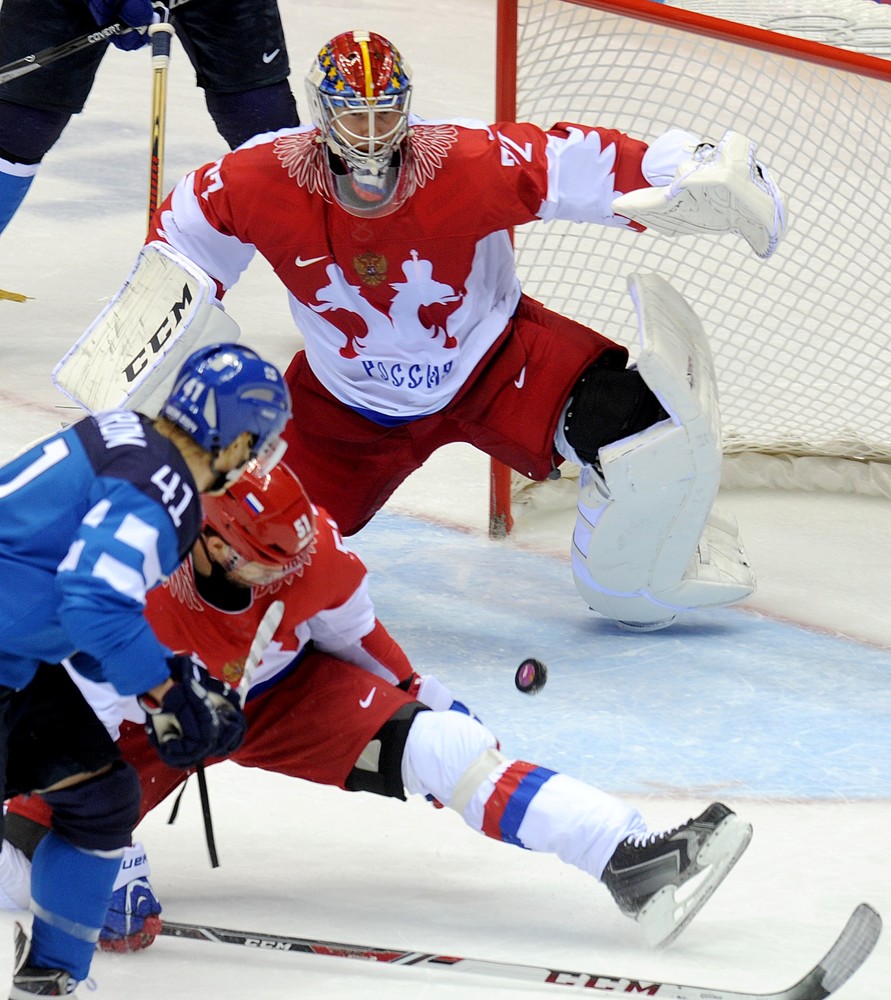 A powerful two-way defenseman, Hietanen emerged through the ranks at HPK before leaving to play in the Swedish championship from 2007-2011. He arrived at Torpedo for the 2011-12 season, making an immediate impact with a 30-point season in his KHL rookie year. Consistently solid scoring kept him in the minds of Finland’s selectors, and he went to Sochi where he scored one goal in six games. Since 2015 he’s been a Dynamo Moscow player, and will continue with the Blue-and-Whites in the new season. 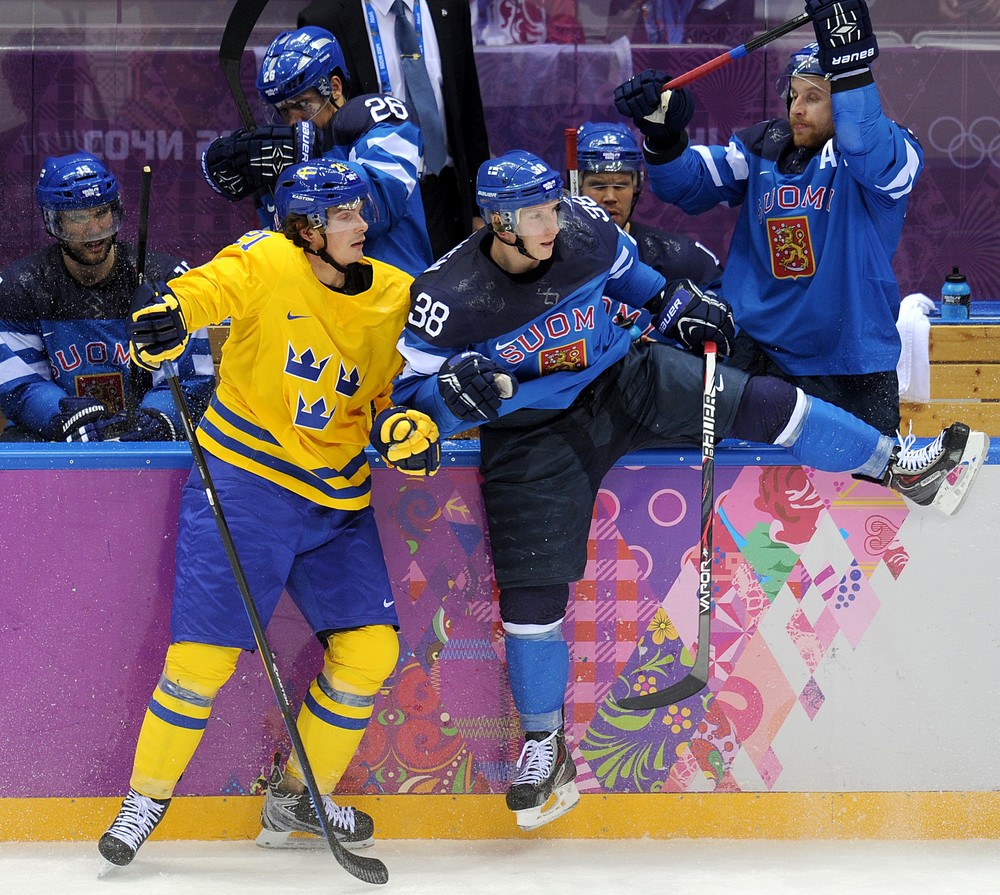 When he was called into Finland’s 2010 Olympic roster, Lepisto was on a tour of the NHL. He represented four teams in five seasons across the Atlantic without ever fully establishing himself, and moved to Lokomotiv in 2012. During that season, he was traded to Lev Prague but a switch to Avtomobilist brought out the best in his game. His 25-point haul in the 2013-14 campaign was his best for several seasons, and he weighed in with a goal and an assist for Finland in Sochi. He spent one more season in Yekaterinburg before moving on for two productive years at Salavat Yulaev. Next season, the 32-year-old will represent Jokerit. 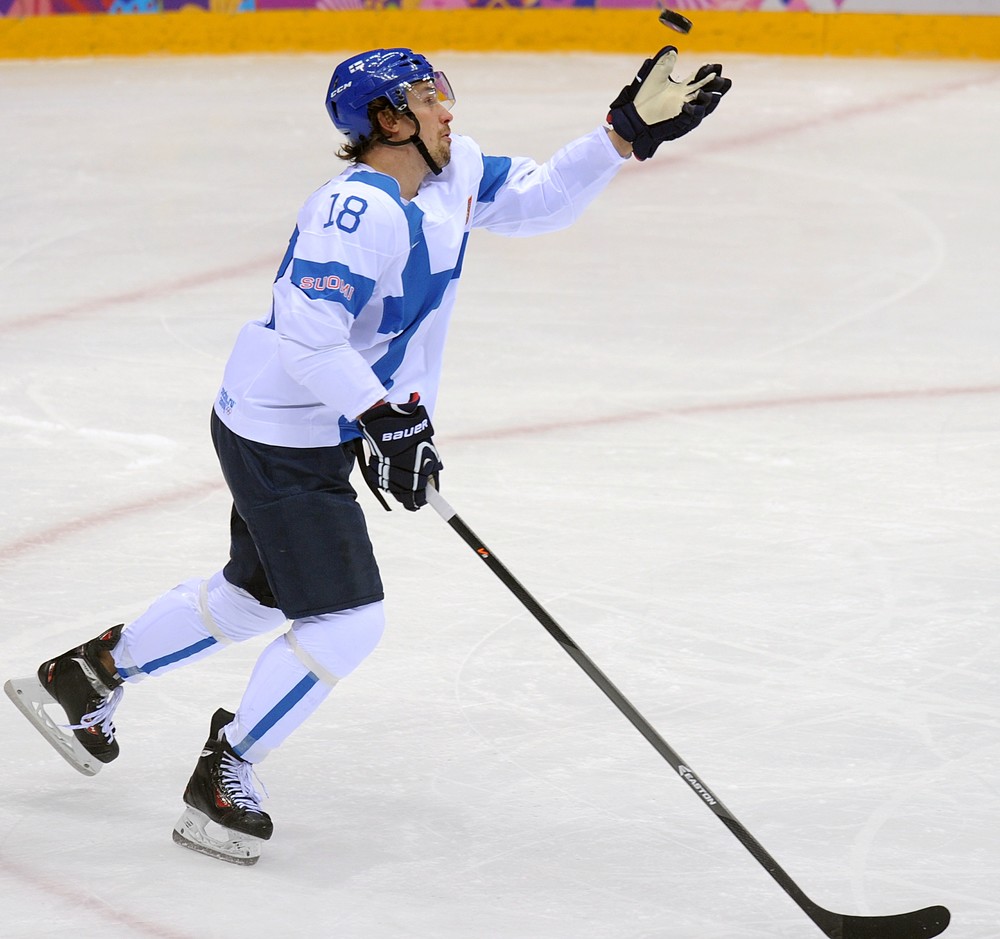 Immonen already had a bronze medal from Vancouver four years earlier, but his move from Ak Bars to Torpedo didn’t prevent him from repeating that achievement. In the run-up to the tournament, Finland suffered a string of injuries to its centers, and the call went out to Nizhny Novgorod. Immonen’s vast experience made him a reliable addition to the roster, and he let nobody down, scoring twice in five games to help his country to back-to-back medals.

Immonen remained in the KHL for another season before leaving Torpedo to spend two years in Switzerland with Zug. This season, he’s heading back home to play for JYP in the Finnish Liiga.

Something of a cult hero at Dynamo, Komarov was born in Soviet-era Estonia and could have represented Russia. However, he was brought up in Finland, began his hockey career there and has always been proud to represent the Leijonat. A Gagarin Cup-winner with Dynamo in 2012, he spent the next season trying to break into the NHL with Toronto before heading back to Moscow in search of regular game time in the Olympic season. The move paid off: Komarov earned a place on the team and featured in all six games, where his physical presence played a role not reflected in the scoring stats. After Sochi, he returned to the Maple Leafs and established himself in the NHL. He was an All-Star in 2016 and has been alternate captain for the last three seasons. 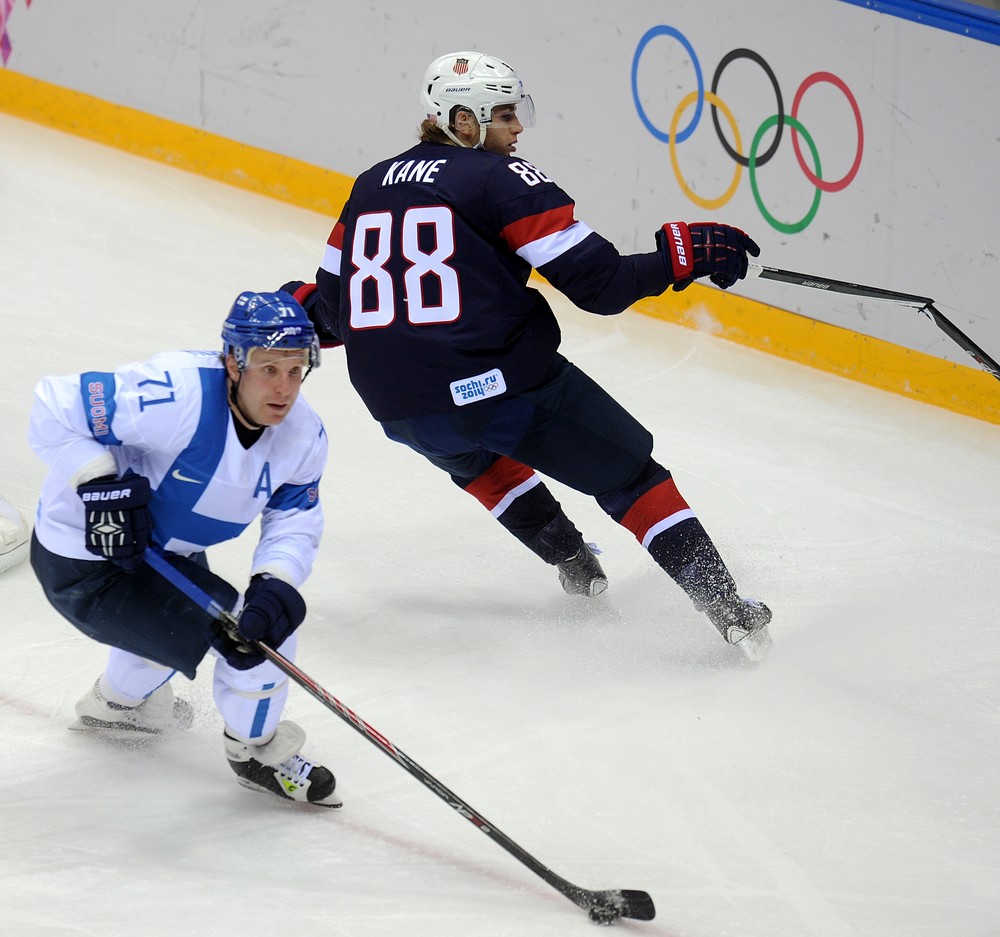 Petri Kontiola, twice selected as a KHL All-Star, is one of the most popular imports in the League. He’s piled up the points for Metallurg Magnitogorsk and Lokomotiv and, when Sochi came around, he was Traktor’s ‘go-to’ forward. In the previous year’s playoffs, he scored 19 points – the best of the post-season – as Traktor finished runner-up to Dynamo. At the Olympics, he had one goal and four assists and earned a move to Toronto along with international team-mate Komarov. Things didn’t go so well in Canada, though, and after 11 AHL games for the Marlies, Kontiola came back to the KHL to play for Lokomotiv. Last season he got 40 points in the regular season, his best return since 2011, and he signed a contract extension to bring him back this term. 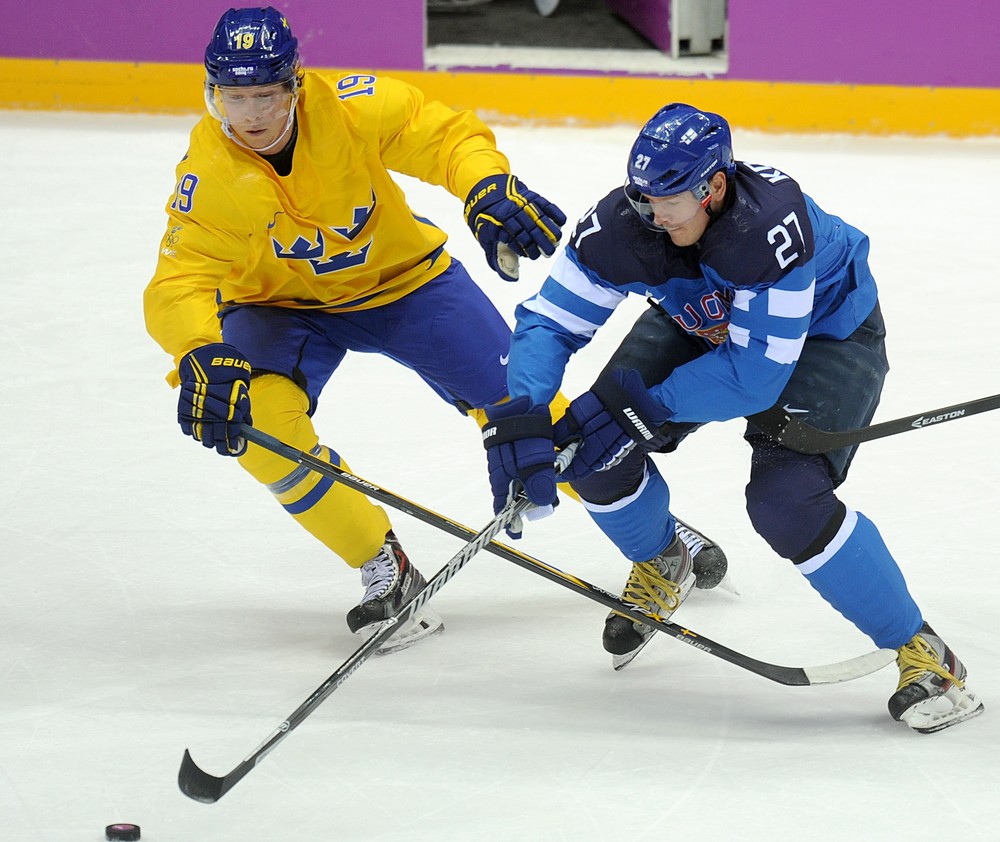 This skilful center came to Lokomotiv in 2010-11, but his major impact was in Sibir. In successive seasons from 2012 to 2014 he hit over 40 points, spearheading the renaissance of the Novosibirsk club and earning a place in the national program. Solid in Sochi, with a goal and four assists, Lehtera was even more impressive at the World Championship in Minsk, posting 3+9=12 points as Finland came second behind Russia. That led to a move across the Atlantic, where the St. Louis Blues had drafted him back in 2008. Lehtera continued to flourish, playing for Finland at the World Cup of Hockey last season and reaching the 100-point mark in the NHL. Next season, Lehtera will play for Philadelphia. 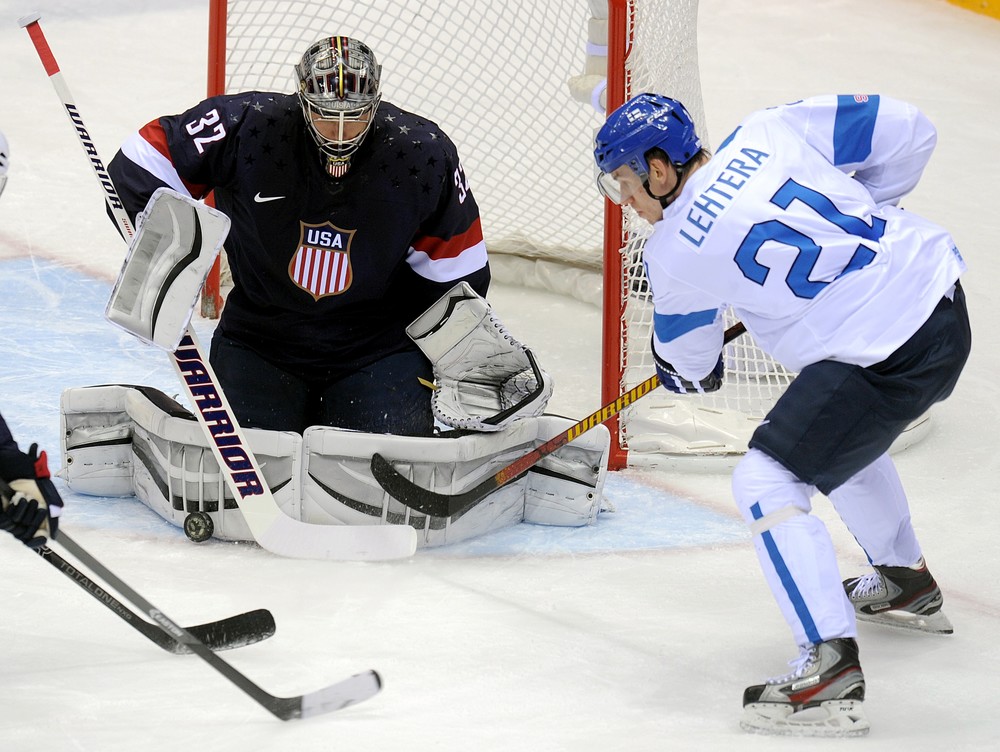 Most of Pihlstrom’s KHL career has been spent with Salavat Yulaev, and he was in his third season in Ufa when he got his Olympic call up. He played five games in Sochi without scoring. Pihlstrom’s most productive KHL season came in 2014-15, when he scored 28 points for Salavat Yulaev. Later he moved to CSKA, where he struggled for opportunities, and the 32-year-old is now on the roster at Jokerit. 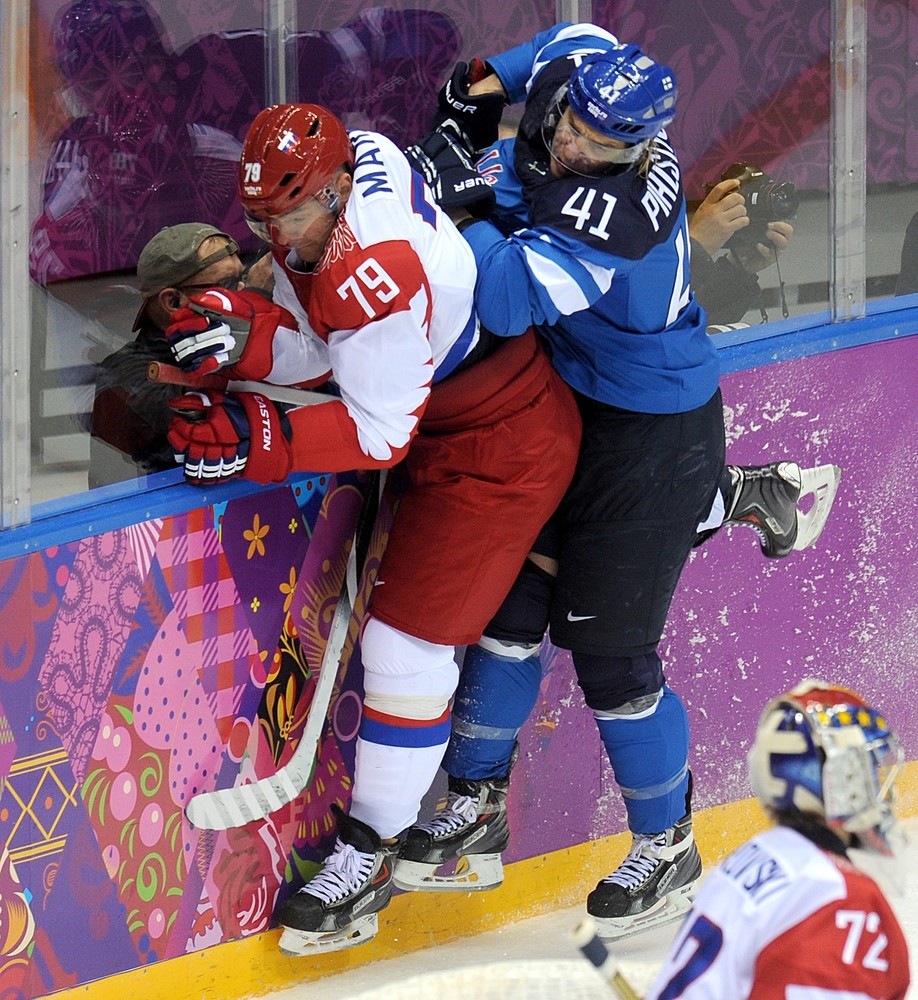 Like his clubmate Jarkko Immonen, Salminen was a late call-up after Valteri Filppula picked up an injury. In the event, he featured in just two of Finland’s games and did not contribute any scoring. He remained with Torpedo for a second season, ultimately scoring 95 points in 114 regular season games (six from 12 in playoff action), before moving on to play in Switzerland and Sweden. Last season he was back in the KHL with Jokerit.

Finland’s head coach, Erkka Westerlund, would go on to be Jokerit’s head coach when the team joined the KHL in the 2014-15 season. This season he’s back in the league, behind the bench at Salavat Yulaev. The Finns’ Sochi roster also included Juhamati Aaltonen, a former Metallurg Magnitogorsk forward who would return to the KHL the following season with Jokerit. Ossi Vaanenan, who previously had a season at Dinamo Minsk, also featured for the Helsinki team in the KHL until his retirement in 2016. 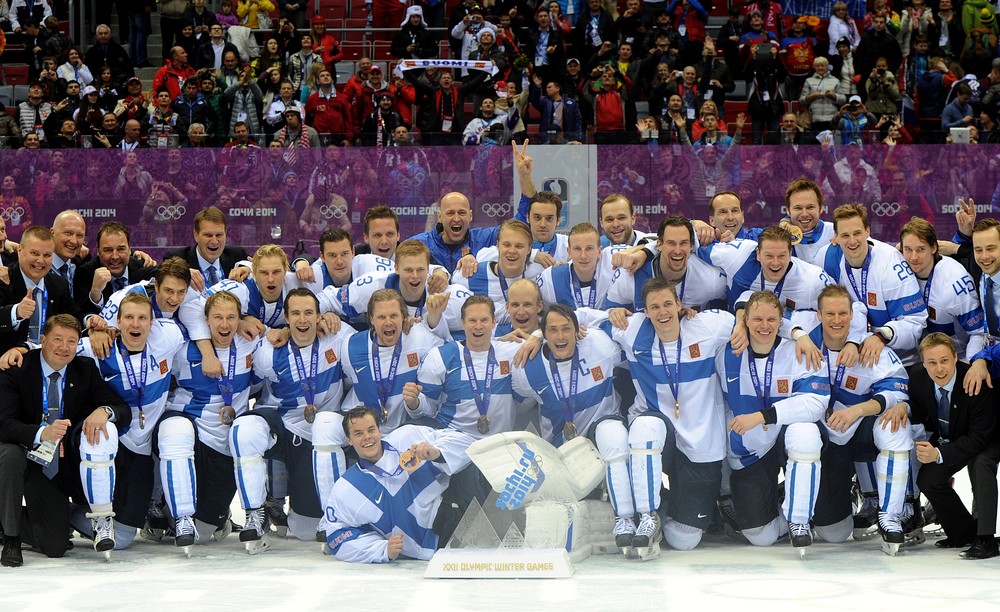 The 2014 Games left several important legacies. The development of World-class hockey facilities in Sochi led to the creation of HC Sochi, a brand-new team that made its KHL debut in 2014-15. The Games also prompted a surge of interest in Women’s Hockey, leading to the Russian Women’s Hockey League coming under the KHL banner and establishing itself as Europe’s pre-eminent pro hockey league for women. Russia’s national team, meanwhile, picked up bronze in last year’s World Championship and currently enjoys its highest ever world ranking of fourth, fuelling hopes that Russia could collect its first ever women’s Olympic hockey medal in Korea this season.

Following the Winter Olympics, Sochi also hosted the Paralympic Games, where Sledge Hockey was one of the star attractions. Again, the sport has boosted its profile further since then, and an exhibition game was included in the 2017 All-Star Hockey Week in Ufa last January. 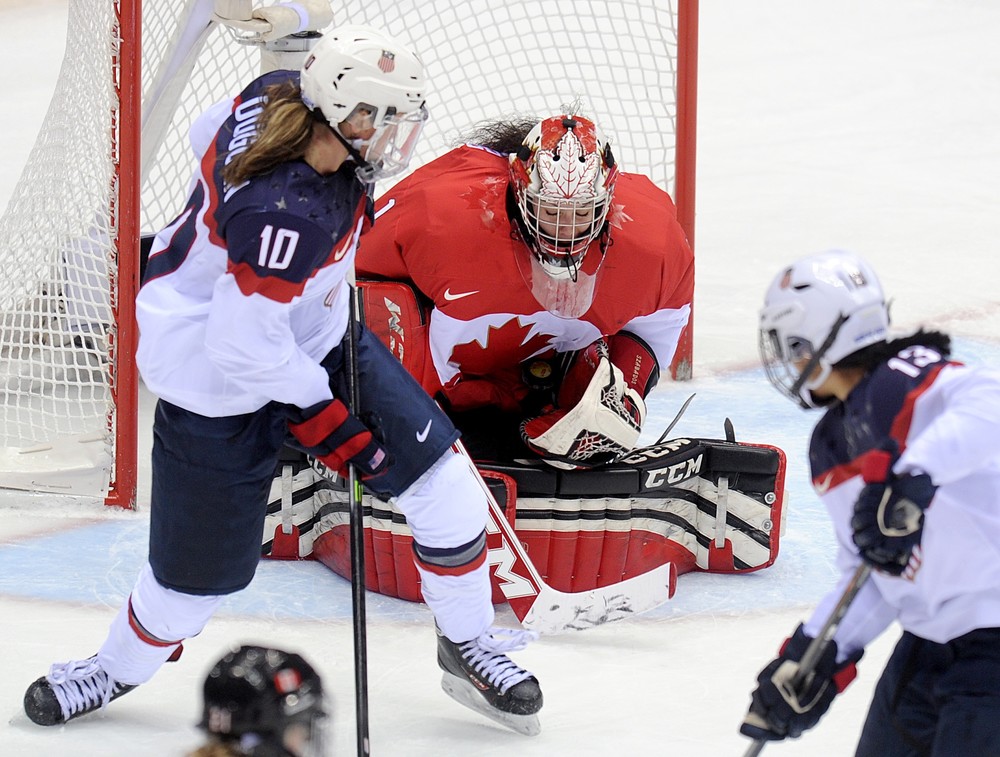