Who stopped SKA? Who’s denying everyone? KHL week in review

SKA’s long winning run finally came to an end – but Oleg Znarok and his team are still waiting for a first loss in regulation time. That could come this week, when the league leader faces in-form Jokerit, for whom goalie Ryan Zapolski is on a run of three consecutive shut-outs.

You wait for ages, and it all happens at once. After 20 successive victories, SKA suffered two losses in three games to end its record-breaking winning streak. HC Sochi stopped the run in game 21, with Sean Collins’ overtime goal sending the Southerners away from St. Petersburg with the victory. Then, on Sunday, Ak Bars repeated the trick thanks to a Vladimir Tkachyov strike, again in overtime.

Despite the end of its record streak, SKA has still yet to lose in regulation this season. That’s 23 games – and counting – in which Oleg Znarok’s men have picked up at least one point. 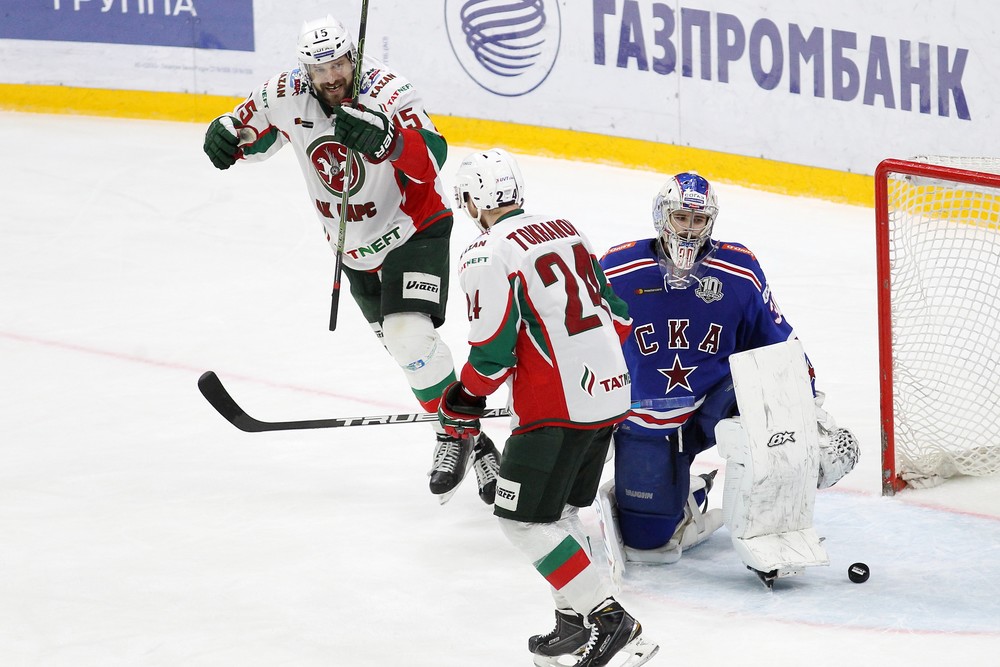 Jokerit netminder Ryan Zapolski had a week to remember, posting three shut-outs in a row as the Finns blanked Traktor, Lada and Salavat Yulaev. The 30-year-old American goalie has now gone 194 minutes without allowing a goal, and his team has extended its club record winning streak to 14 games. Zapolski, a Mercyhurst College graduate whose North American career peaked on the fringes of the AHL, has been in terrific form throughout the current campaign, posting a save percentage of 95.5 and a GAA of 1.11. Those career highs come at the right time: having represented Team USA at the Deutschland Cup in previous seasons, this Erie, PA, native is now putting a strong case for an Olympic call. 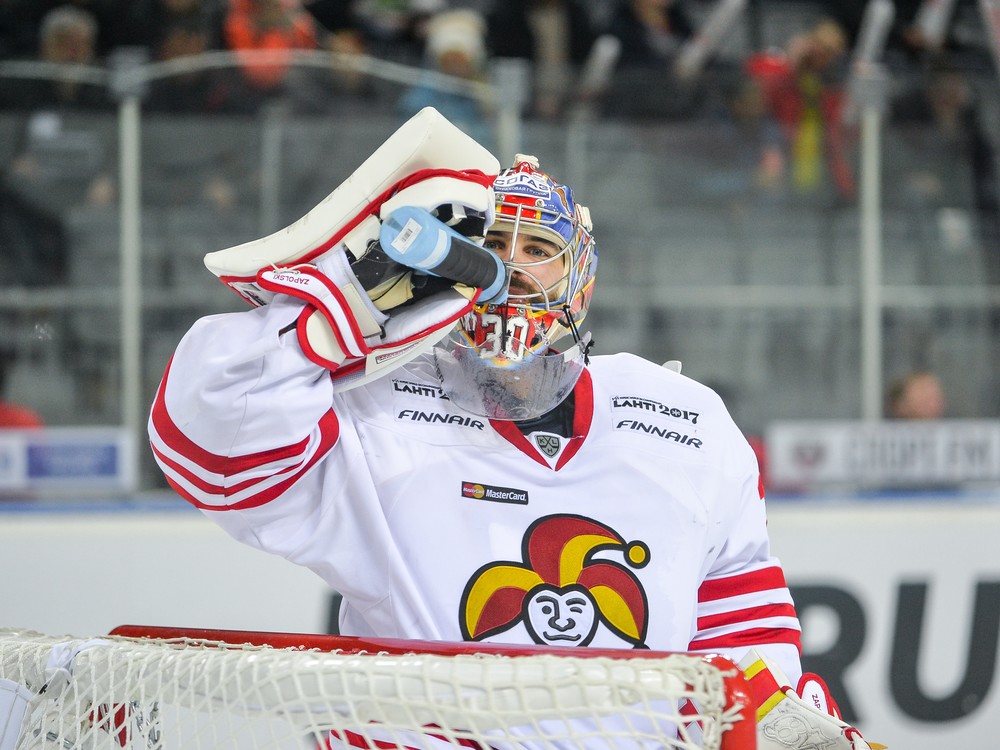 Amid the excitement of SKA’s record-breaking run, the form of the other Army Men, CSKA, went somewhat unnoticed. But the Muscovites are up to seven games unbeaten, reaching that mark with a battling 3-2 win at Avtomobilist on Saturday. Young forward Kirill Kaprizov has been a leader for his team during that run: the 20-year-old has been among the points in his last five outings, including the winner in Yekaterinburg. His run of 8 (5+3) points in five games takes his season’s tally to 17 (10+7), putting him atop the CSKA scoring charts. After catching the eye as a raw prospect at Metallurg Novokuznetsk, and consolidating his reputation with 42 points in 49 regular season games for Salavat Yulaev last season, this might be the season that the Minnesota Wild draft pick steps up to global prominence. 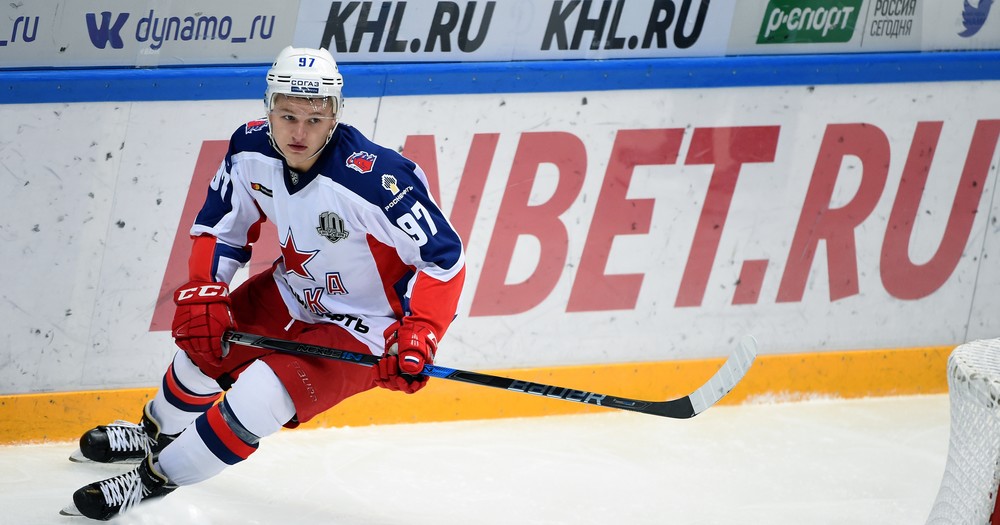 Changes at the Admiral’s table

Another week, and another head coach departs. This time it was Alexander Andriyevsky of Admiral who ended up walking the plank after a disappointing start to the season in Vladivostok. Andriyevsky, who was beginning his third campaign with the Sailors, was replaced by his assistant, Swedish specialist Fredrick Stillman, on an interim basis. So far, the switch has changed the tide for the team: Stillman, who won Olympic gold with the Tre Kronor back in 1994, has navigated a path to victory over Sibir and Ugra in his first two games at the helm; Monday’s trip to division leader Avangard might prove a more testing voyage.

- We know what it is necessary to work on first. Soon we plan to bring together the organizing committee. We have visited the arena of Sirius where matches will take place and the hotel where accommodation of teams is supposed. As for participants of the World Cup, we conduct negotiations with teams from Sweden, Czech Republic, Switzerland, Finland, China, USA and Canada, said Morozov.

Mamonty Yugry forward Denis Yerkin scored two goals and assisted twice in the winning effort against Avto. 19-year old is now leading the board of JHL top scorers with 9 goals and 22 assists.

Leaders in both conferences stayed on top. Loko on West and Stalnye Lisy on East both had strong weeks and kept their lead.

Top players of the week: 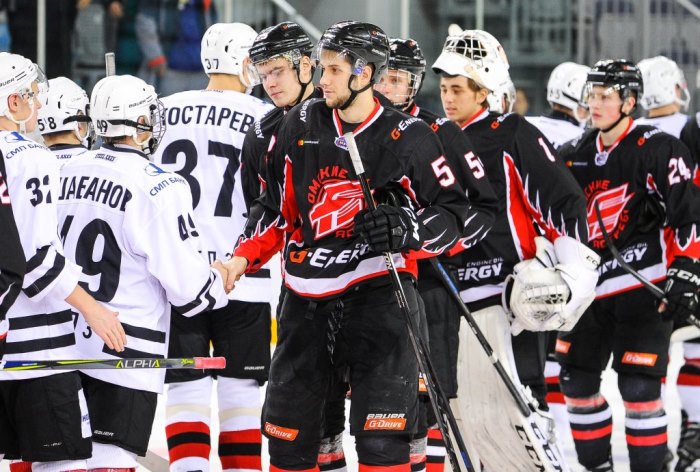 At the first game in New York Russian team beat Riveters, 3:2. It was Olga Sosina who opened the scoring and completed with a hat trick.

At the second Summit Series game against Connecticut Whale Russians were firing on all cylinders throughout the game and potted three goals in the first and third periods. Final score 8:2 and Russian team took second win. 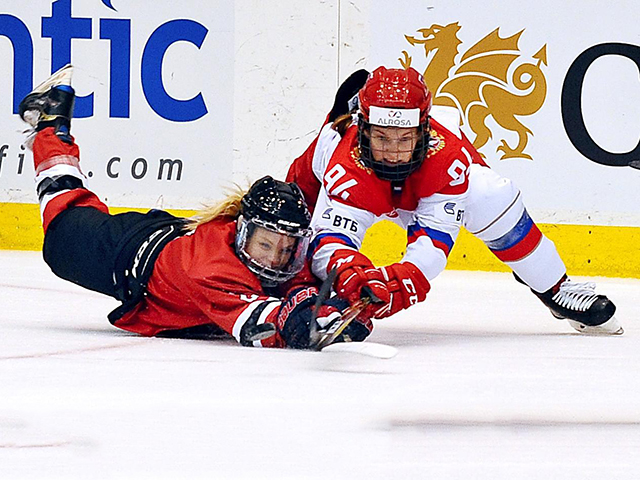 The game of the week looks to be Saturday’s match-up between SKA and Jokerit. At the time of writing, the teams have suffered just four losses between them all season; the outcome of this clash in Petersburg will tell us a great deal about Jokerit’s ability to mount a serious challenge for honors this season.

Metallurg Magnitogorsk also features in two attractive fixtures. On Thursday, Ilya Vorobyov’s men entertain CSKA before travelling to Ak Bars on Sunday for the latest chapter in one of the defining rivalries of the Eastern Conference. Both teams believe they are natural leaders in the East; at present, Ak Bars is backing up that claim on the ice while Metallurg is – by its high standards - struggling for form down in sixth place. 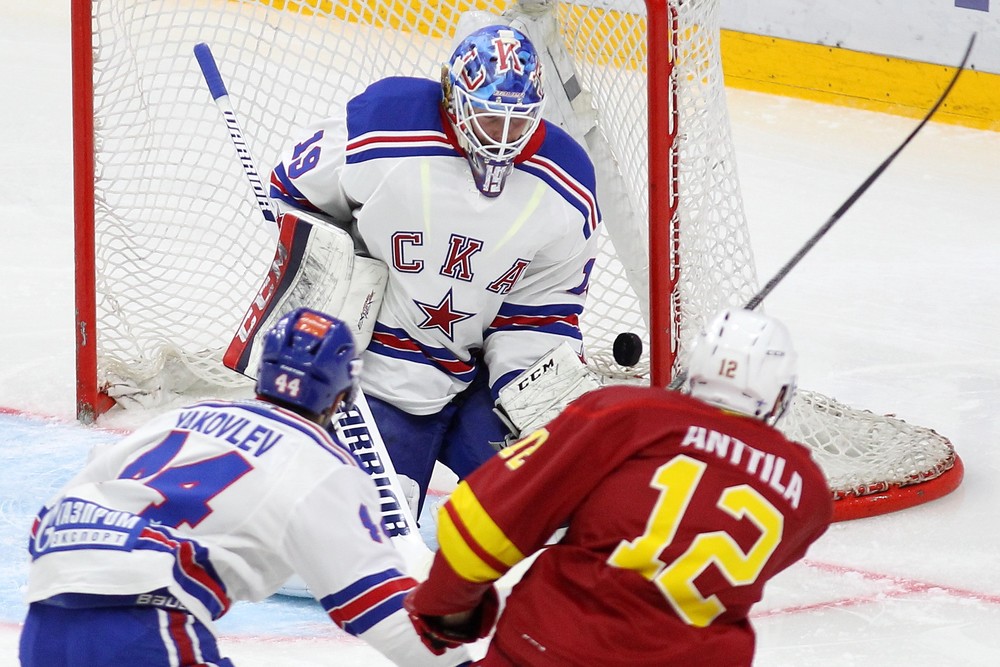