Riga celebrates in the open air, SKA claims another prize – week in review

Dinamo’s Winter Ice Break packs in the crowds, SKA takes the regular season title and the playoff race hots up.

More than a sell-out

Demand for tickets at Dinamo Riga’s Winter Ice Break – an open-air hockey festival centered on the KHL clash with Dinamo Minsk – was so great that the big event was oversubscribed. In the end, 10,554 fans made it into the complex, despite an official capacity of 8,500. Not surprisingly, the organizers are already vowing to make it an annual event, and bump up spectator facilities for future years.

On the ice, there was enough action to warm up even the coldest of Baltic winters. The home team jumped to a 2-0 lead, only for the visitor to hit back and take a 3-2 verdict that keeps its playoff hopes alive. But overall, hockey was the winner, with everyone revelling in the excitement of a memorable highlight of the KHL’s 10thanniversary season.

SKA claimed yet another trophy over the weekend as it was confirmed as the KHL’s regular season champion. Oleg Znarok’s team took the honor without even playing a game when CSKA lost at Salavat Yulaev and yielded the title after three successive wins. SKA celebrated in some style on Saturday, thumping Amur 5-0.

That game also reshaped the race for the top scorer’s award. Ilya Kovalchuk had a goal and an assist, moving him to 62 points, one ahead of team-mate Nikita Gusev. Barys duo Linden Vey and Nigel Dawes are third and fourth, but their firepower has not been enough to earn the Kazakhs a playoff place. Linus Omark of Salavat Yulaev rounds out the top five.

Russia’s oldest hockey club, a two-time Gagarin Cup winner and an ever-present in the KHL playoffs. Dynamo Moscow has a proud record to maintain. But right now, the Blue-and-White legion in the capital has plenty to worry about. A derby day defeat against Spartak left the team facing elimination from post-season before it even begins. True, Dynamo bounced back from that 4-5 loss with a comfortable 4-0 success over Admiral, climbing above Severstal into eighth place. But the fact remains that its playoff rivals have games in hand and even victory in both its remaining games might not be enough to keep Dynamo in action come may. 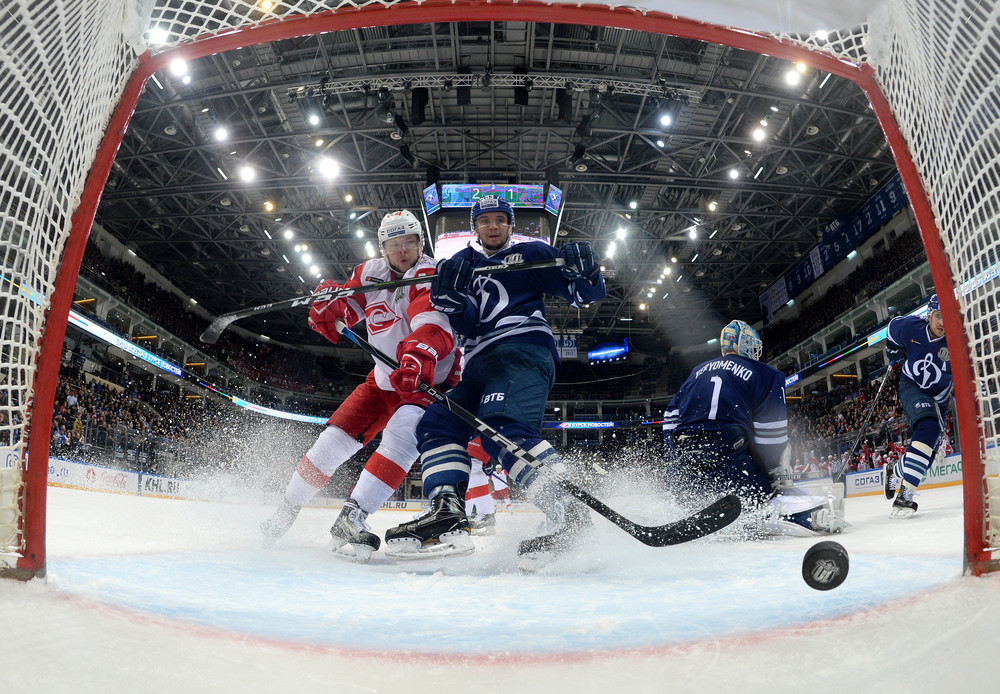 Neftekhimik, meanwhile, has no such worries. Andrei Nazarov’s team has been one of the surprises of the season in the Eastern Conference and clinched its playoff place on Sunday with a come-from-behind win over Jokerit. Oddly, it’s only the second Eastern Conference team to confirm its place; in the West, six spots are already taken with Spartak, Severstal and Dynamo poised to scrap over the remaining two. The key battle in the East pits Sibir against Amur: Sibir is four points better off, Amur has two games in hand.

Slovakia was the latest country to unveil its Olympic roster – and once again, there’s a strong KHL accent to the team. Admittedly, only two of the names in Craig Ramsay’s selection currently play in the league, but many more names are familiar to followers of KHL teams.

Defenseman Michal Cajkovsky of Avtomobilist and Slovan forward Patrik Lamper are the two current KHLers on the list, while Marek Daloga spent much of the current campaign at Kunlun Red Star before switching to the blue line at Sparta Prague. Among the other familiar faces, the Slovaks include two-time Gagarin Cup winner Dominik Granak, once of Dynamo Moscow, and much-travelled goalie Jan Laco, who blanked Russia when the teams met in the group stage in Sochi four years ago. In total, 18 of the 25-man party have KHL experience. 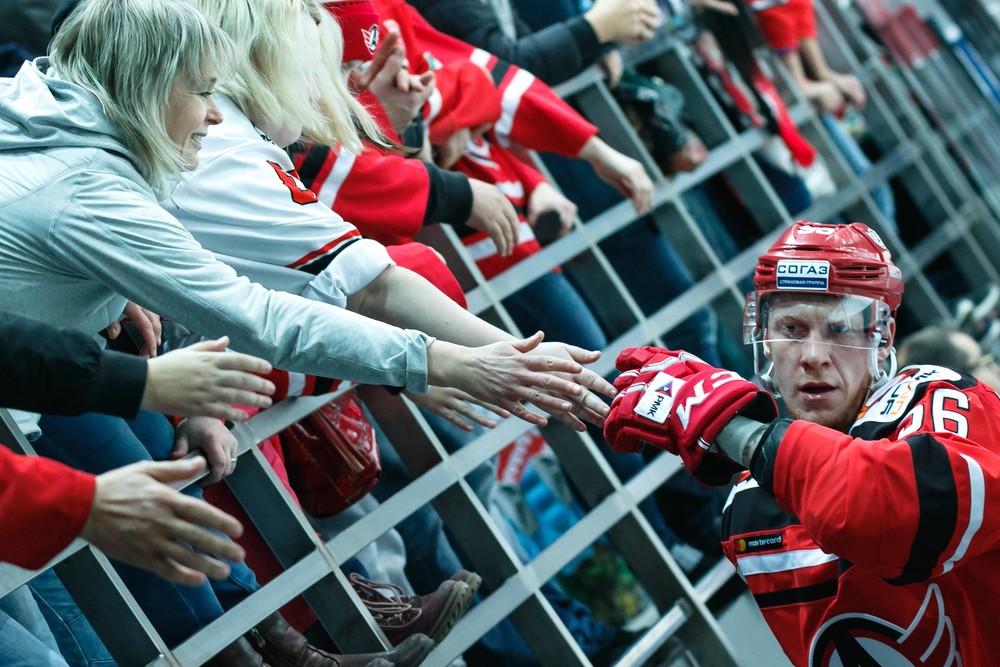 Slovenia has also named its roster, and includes three current KHL players. Robert Sabolic spent much of the season with Admiral before switching to Torpedo, while Rok Ticar appears to be settling in well at Sibir after struggling earlier in the campaign. Ziga Jeglic has been part of Eastern Conference surprise package Neftekhimik’s success this season. Jan Mursak also featured at Torpedo until recently, and now represents Swedish giant Frolunda. 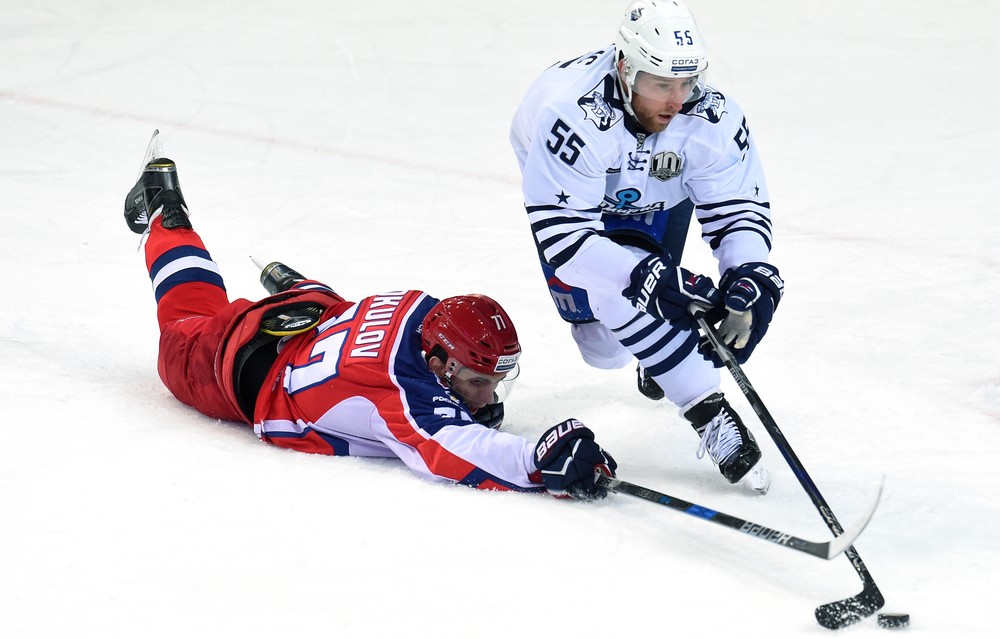 Loko Yaroslavl is the first team to lock up playoffs spot in 2017/18 season. 2016 Kharlamov cup champions gained 116 points in 46 matches with 35 victories and 4 defeats in regulation.

Mamonty Yugry are leading the Eastern conference, they are the first team there to gain 100 points. Stalnye Lisy are on the second place with 93 points. 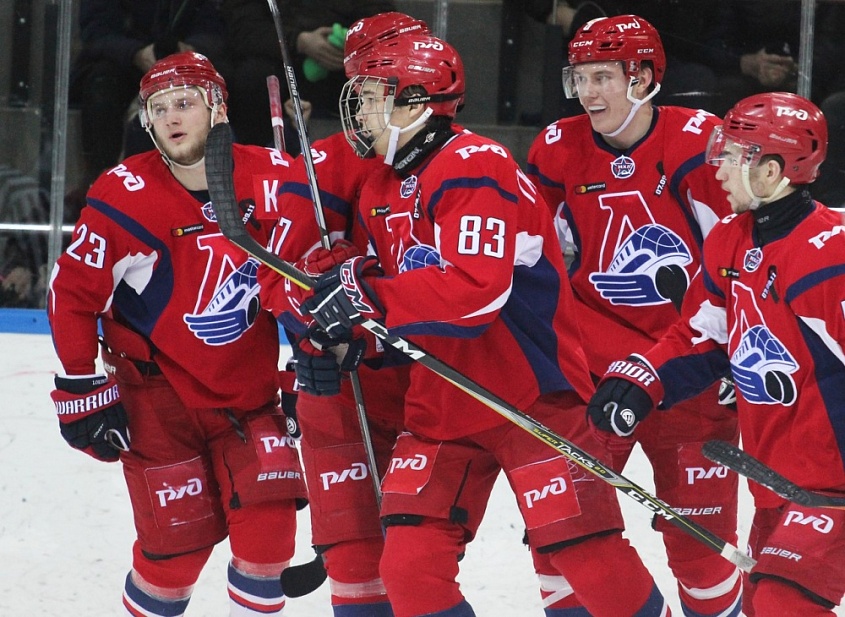