The top scorers – Azevedo vs Grigorenko

Justin Azevedo of Ak Bars leads the playoff scoring charts with 21 points; Mikhail Grigorenko is CSKA’s top scorer with 12. The outcome of their personal scoring race could go a long way towards shaping the destination of this year’s Gagarin Cup. Here’s a bit more about the men powering the two offenses.

CSKA’s leading scorer in this playoff campaign, Mikhail Grigorenko, is one of the Army club’s returning stars. After making his name with Krasnaya Armiya in the MHL, Grigorenko was a hot pick in the CHL Import Draft of 2011. Chosen second by the Quebec Remparts, he impressed with 85 points in 49 games in his rookie season and was the 12th pick in the 2012 NHL draft. That took him to Buffalo Sabres. Two seasons dividing his time between the NHL, the Remparts and the Sabres’ AHL affiliate in Rochester led to a switch to Colorado and a reunion with Patrick Roy, the head coach who brought him to Quebec. Grigorenko had two seasons of solid game time with the Avalanche, but was often deployed in a bottom-six role ill-suited to his physique. Leaving as a UFA at the end of last season, he opted to return to his old club in Moscow rather than take up another NHL offer.

That move paid off: Grigorenko had a solid debut season in the KHL, scoring 23 (10+13) in 45 games as he adapted to European ice. That earned his first call-ups to Russia’s senior national team, having previously represented the u18 and u20 rosters. If his decision to leave the NHL was partly motivated by the chance to go to the Olympics, his move paid off richly when he collected a gold medal in PyeongChang in February, having staked his claim impressively in his debut appearance at the Karjala Cup in November. Then came the playoffs and Grigorenko blossomed. A steady increase in production through the post season culminated with two goals in game six of the series against SKA – a late tying goal to force overtime, then a winner midway through the first frame of extras to put CSKA into the grand final. Bang in form after a season of success, the 23-year-old from Khabarovsk is out to back his first club trophy in his rookie Gagarin Cup campaign.

Grigorenko attributes much of his progress this season to CSKA’s ability to rotate its players. Head coach Igor Nikitin has sometimes raised eyebrows with his willingness to scratch the likes of Kirill Kaprizov and Grigorenko himself, but the 23-year-old believes that the team spirit among the Army Men this year means rotation helps to raise standards. “We’re a really tight-knit team,” he said after his game-winning performance against SKA. “If someone is out of the team, then everybody tries to play even better. You could see it today – we wanted to win more, we blocked all those shots. We’re doing it for ourselves, and for the team.” 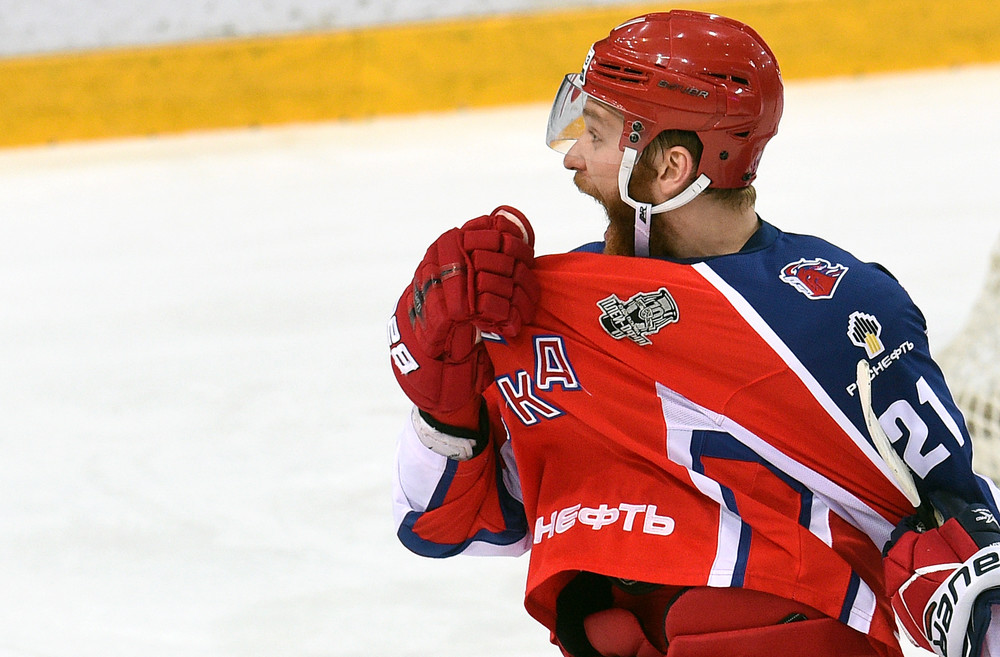 For Grigorenko, this season is his first crack at a Gagarin Cup final; for AK Bars’ leading scorer Justin Azevedo, it’s already his third attempt to get his hands on the big cup.

Like Grigorenko, Azevedo’s career began as a stand-out prospect in the CHL. The 2008-09 season saw him scoop the CHL Player of the Year award among a host of individual prizes as he put up an incredible 124 points with the Kitchener Rangers in Ontario. Unlike Grigorenko, though, Azevedo never made it to the NHL. Drafted 153rd overall in the 2008 draft, he was taken by the LA Kings and assigned to the Manchester Monarchs in the AHL. Four seasons there brought him no closer to the show, and in 2012 the forward opted to try his luck in Europe and signed for Lukko in Finland. Then came a season at Lev Prague and a Cinderella run to the final. Lev’s collapse saw the Canadian move to Ak Bars in time for the 2015 defeat to SKA. Azevedo remained with the club, and in his fourth season in Kazan he’s back in the big game once more – and hoping it might be third time lucky.

Standing 170cm tall, and weighing in at 78kg, Azevedo’s relatively small physique may have cost him a shot at the NHL. However, he’s proved well suited to hockey in Europe, where the larger ice gives more room for technically gifted skaters to impress. His form in Kazan would probably have earned him a call-up to Willie Desjardins’ Olympic roster were it not for injury problems that limited Azevedo to just 31 appearances in the regular season. He still tallied 28 points, though, and playoff hockey is what he does best.

Back in 2014, he made history by scoring a goal in each of the seven games of the Gagarin Cup Final. In doing so, he put another country on the hockey map: Canadian born, Azevedo has Portuguese roots, connecting the land of Cristiano Ronaldo with the icy exploits of the Northern countries. This season, too, Azevedo is on a record trail: after notching at least one point in each of the last 11 games, he’s poised to set a new KHL record for a playoff scoring streak. Currently, the record run of 12 is shared by Sergei Mozyakin and the late Pavol Demitra.

It’s a run not lost on his team-mates. Fellow forward Anton Lander spoke to journalists at the team’s open practice earlier this week, and said: “Justin’s playing great, but he’s always been a great player. We see that every day. In these playoffs he’s taken it to a whole new level and that makes a big difference. We’re really glad that he’s on our team and we’re hoping he can keep up that form in the final.” 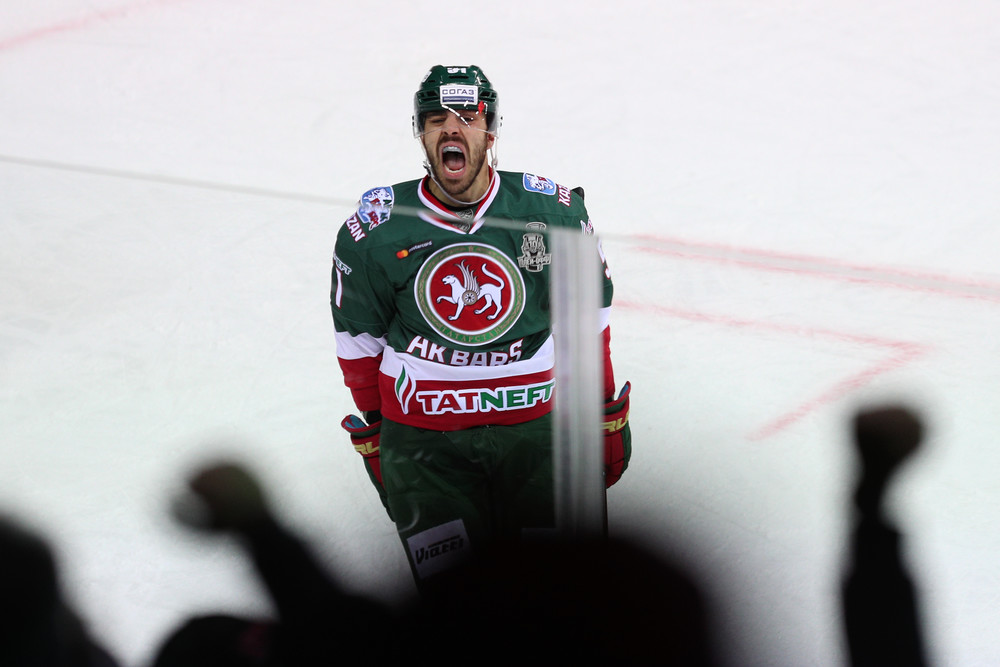