Waiting for the puck to drop

The big face-off is almost upon us. The 10th Gagarin Cup final gets underway today and the two rivals are putting the finishing touches to their plans. For Ak Bars, grand final pressures are nothing new: it’s the fourth time Zinetula Bilyaletdinov has led his team to the season’s ultimate showdown, more than any other team in the KHL. For CSKA, meanwhile, a club where recent history does not match up to an illustrious past, this is only the second attempt to hoist the big prize – and the first for head coach Igor Nikitin as he cements his reputation as one of the brightest prospects of the new generation of Russian coaches.

Both teams have had injury concerns in the build up to the big game. Ak Bars forward Jiri Sekac, previously a finalist with Lev Prague in 2014, has only just returned from the treatment room and it remains unclear how close he will be to full game fitness. Bilyaletdinov may be hoping that he can return to a potent import line alongside Anton Lander and the free-scoring Justin Azevedo, but the head coach may also be reluctant to disturb Rob Klinkhammer after he stepped into that troika during the series against Traktor. 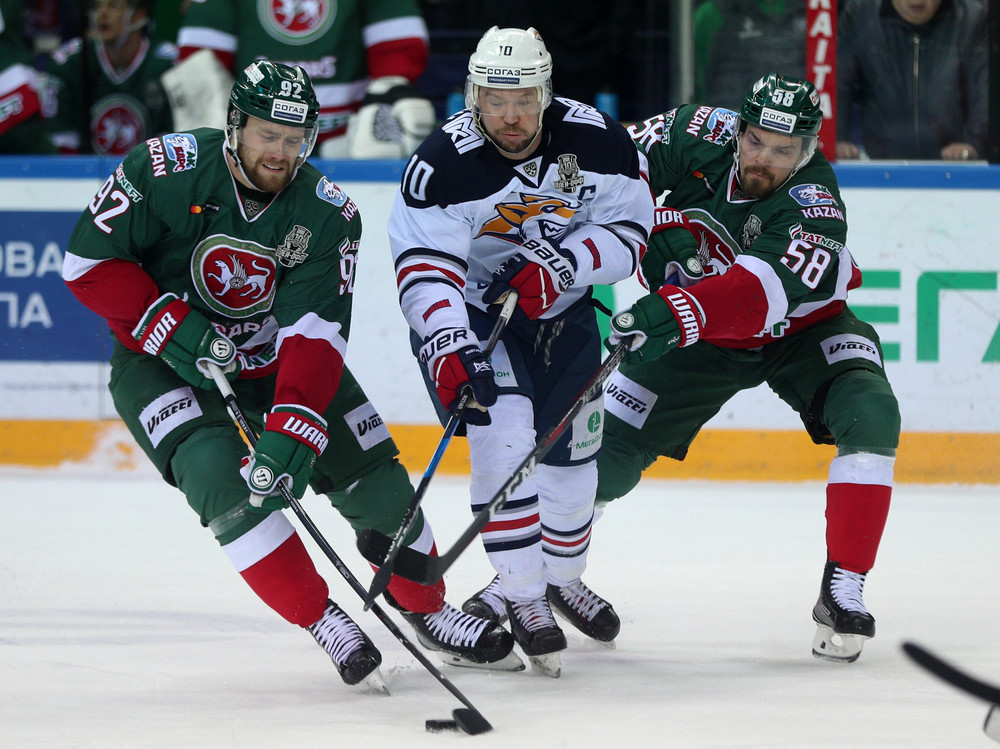 For CSKA, the key concerns are Kirill Kaprizov and Mat Robinson. The pair missed the concluding game against SKA in the Western Conference Final, and assistant coach Dmitry Yushkevich admitted that it’s a case of ‘wait and see’. “We will definitely see both of them again,” he said at the Army Men’s open practice this week. “It’s just not easy to say how soon. We are planning to take Kirill to Kazan for the first game.”

Kaprizov’s reputation as a big game player, reinforced by his exploits for Team Russia in World Juniors and Olympic action, make him something of a talisman even if his playoff form thus far has been limited to two goals and eight assists; Robinson, a Canadian defenseman with several years of solid service at Dynamo and CSKA, brings a formidable presence to the blue line while offering an extra outlet on the power play. If fully fit, both would expect to play a big role for the Army Men. 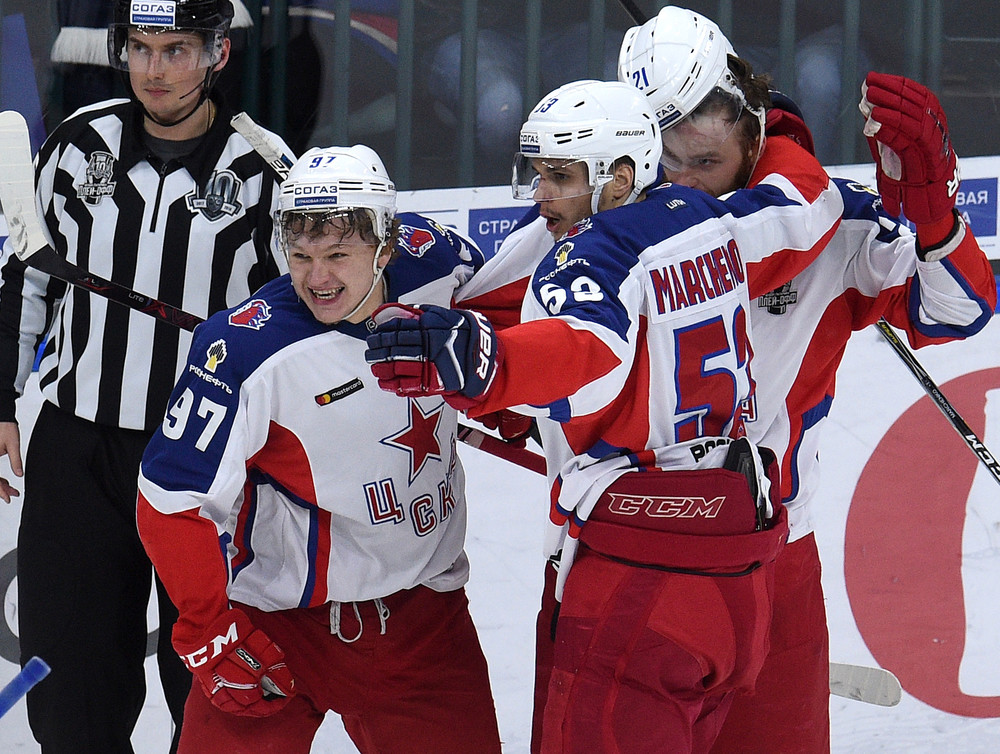 The weight of expectation

For CSKA, nothing but victory will do. The world’s most titled hockey club has not claimed the country’s top prize since the break-up of the USSR. The near-miss against Metallurg in 2016 was as close as the Moscow team has come to ending its trophy drought and from the president’s office down, the word is that this has to be the year. But this is not a roster stacked with big game experience. For many of these players, their Olympic achievements in February were a first taste of playing at the sharp end of a big tournament in adult hockey. And, of course, the one-off knock-out phase of an international tournament is a different beast than the step-by-step battle through a seven-game playoff series. Much might depend on the influence of Mikhail Pashnin and Alexander Popov, relatively unheralded on the ice but rich in experience of playoff action. Their guidance could be crucial for the younger players on the team. 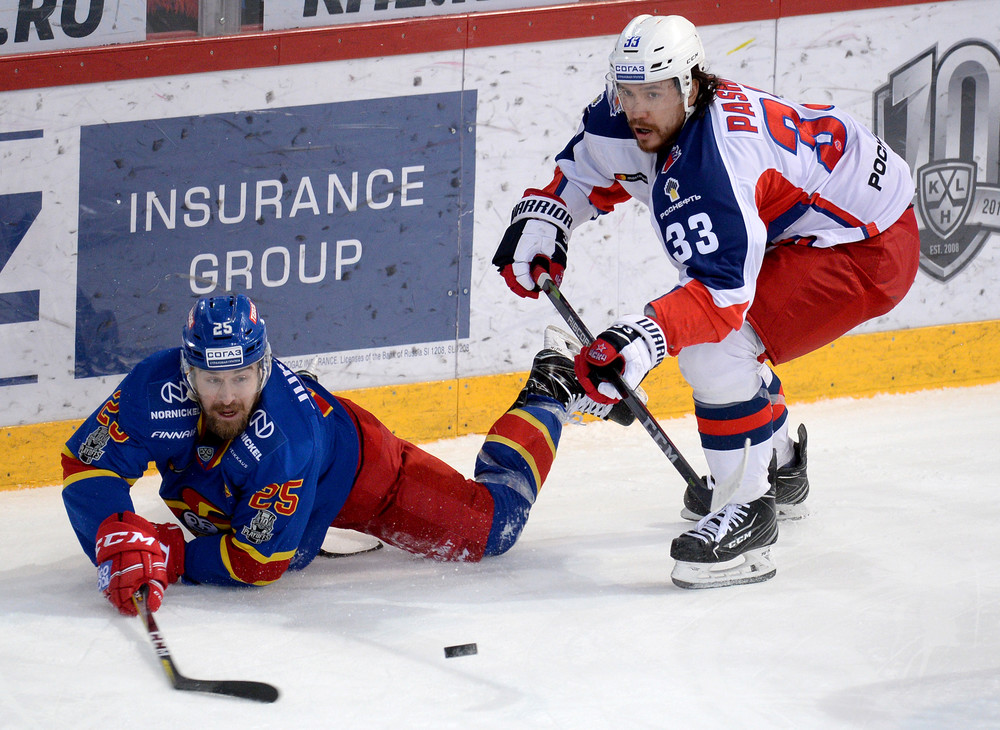 In Kazan, there’s far more familiarity with this stage of the competition. Head coach Bilyaletdinov and forward Danis Zaripov were both here to lift the first Gagarin Cup back in 2009; veteran blue-liner Andrei Markov has seen it all and done it all, and there’s no shortage of know-how throughout the roster. Again, though, expectation is sky high. Ak Bars is an athletic flagship in a city that likes to regard itself as the sportiest in Russia – home to title-winning football, hockey, volleyball and basketball clubs, host to international events from the FINA World Championships to the FIFA World Cup. As a result, there’s a cult of success around the team and a fervent expectation of regular trophies. For all the team’s pedigree in the 21st century, it remains a fact that there’s been no fresh silverware at the Tatneft Arena since 2010. That’s something that many fans insist has to change as soon as possible. 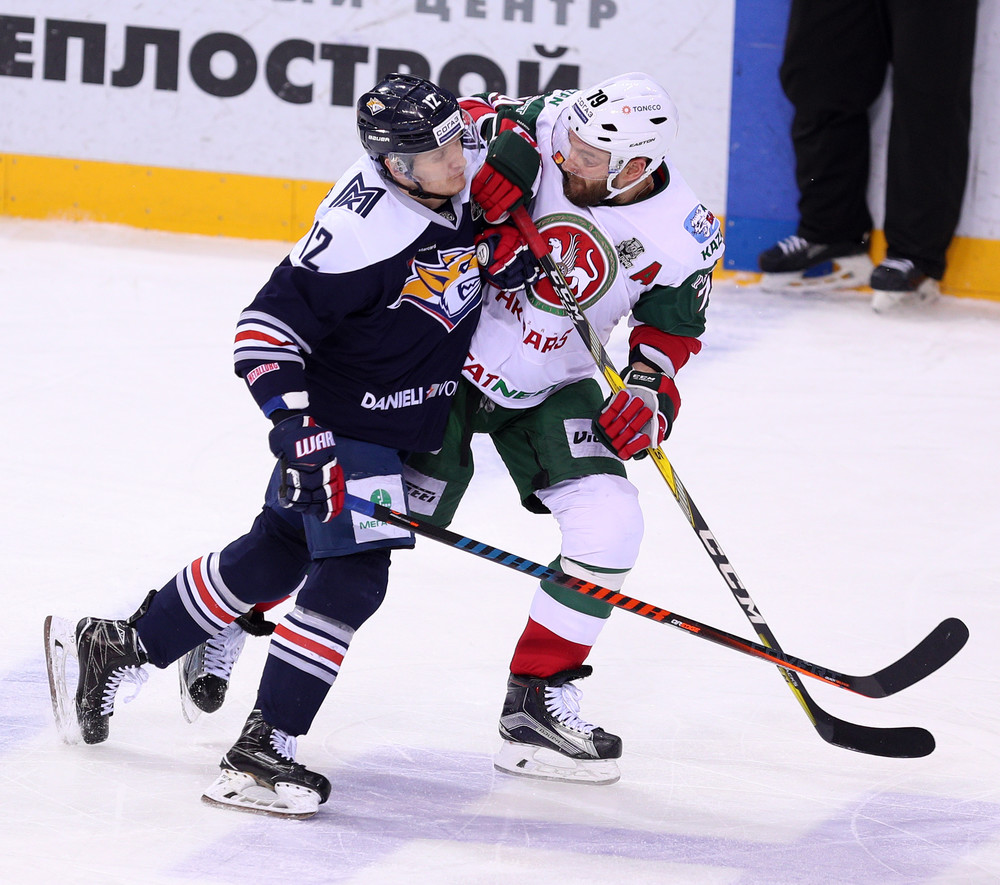 Over the course of the regular season, CSKA’s record far outstripped Ak Bars’. The Eastern Conference top seed ended the season with 100 points, fourth on the overall KHL ranking. Moreover, Ak Bars suffered 24 losses in its 56 games: CSKA and SKA combined only tasted defeat on 21 occasions. The Army Men scored more and conceded fewer than their cup final opponent and ended the season 24 points better off.

However, when the teams met in regular season action, the gulf was not so apparent. The teams each won their home game. CSKA took a 3-0 verdict in November, helped by two goals in the first 10 minutes from Nikita Nesterov and Andrei Kuzmenko, plus a shut-out from Ilya Sorokin. Then, in January, the teams served up one of the best games of the season as Ak Bars won 6-4. Goals from Andrei Markov and Stanislav Galiyev early in the third period tipped the balance in the host’s favor after a rollercoaster of a game. A repeat of that kind of hockey in the coming days would bring us a final for the ages.