No prizes for guessing what last week’s top KHL story was all about – the Gagarin Cup is back in Kazan for a record third time. Away from the Grand Final, there was also some international action and a newly-appointed head coach.

The celebrations in Kazan went on long into Sunday night after Ak Bars secured its third Gagarin Cup triumph. Zinetula Bilyaletdinov’s team, winners of the inaugural cup back in 2009, completed this 10th anniversary KHL campaign by reclaiming the trophy for the first time in eight years. Rob Klinkhammer’s power play goal early in the third period was enough for a 1-0 victory in game five of the final series, and Ak Bars had the title once again.

A victorious finale in Kazan was a fitting end to this 10th season of KHL action – it was back here in April 2009 that the Gagarin Cup was first presented. This success makes Ak Bars the most successful team of the KHL era, and head coach Bilyaletdinov joins Oleg Znarok with three victories. 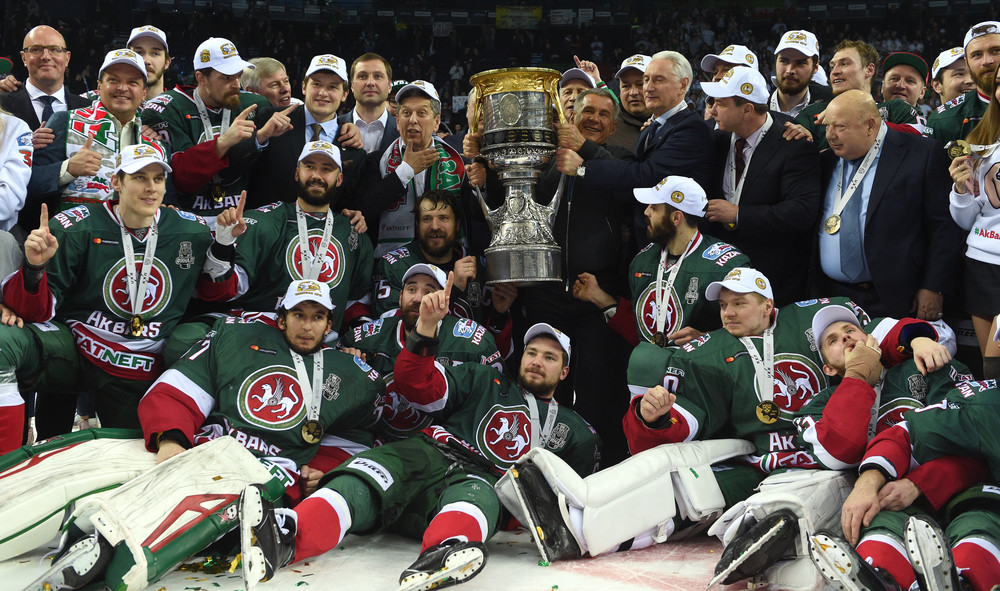 Ak Bars forward Justin Azevedo was named MVP after potting 28 points in this year’s playoffs. He’s the first import player to claim that award in the KHL, but his first thought was one of relief after finally getting his hands on the cup after two losing final appearances in 2014 and 2015.

“Three really is the magic number,” the Canadian said. “We all deserve this victory, our team was united and did everything to win. I’m proud of this team. Winning the MVP is nice, but the cup is by far the most important. The MVP is just the cherry on top.”

“It’s the best feeling in the world!” 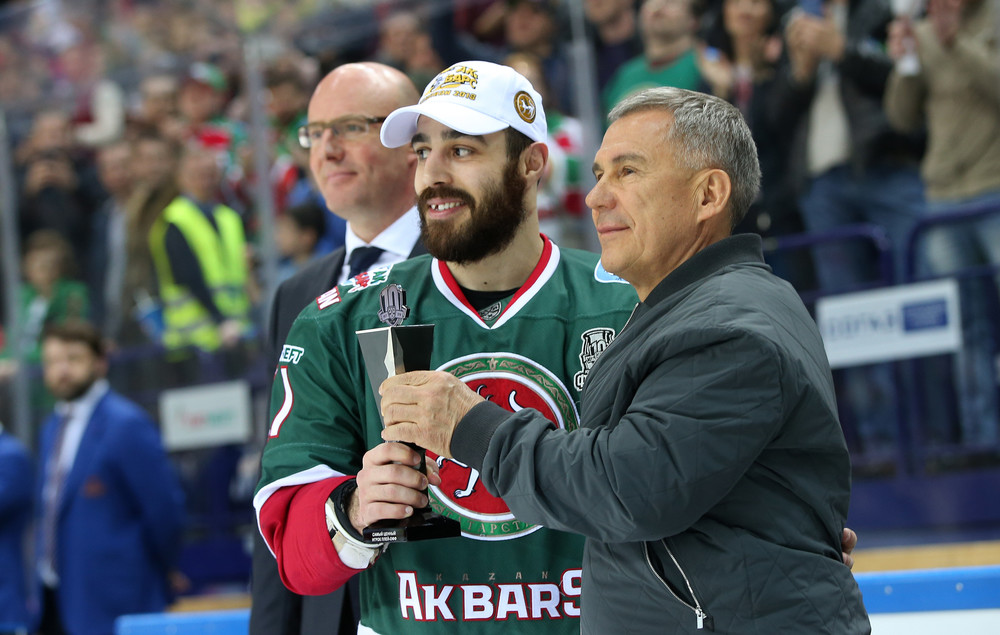 Danis Zaripov’s return to Kazan proved more difficult than anyone had expected, but the wily forward finished the campaign with his third Gagarin Cup in Tatarstan and the fifth of a remarkable career after two further wins in Magnitogorsk. The forward is the single most decorated player of the KHL era, and statistically his presence on any roster gives that team a 50% chance of lifting the trophy.

“It’s been the most amazing season of my career,” he said. “I’m just relieved that after so many troubles, it’s ended up like this. Thanks to everyone who supported me and believed in this happy ending.”

A Picture of Success! Finest photos from Ak Bars night of triumph 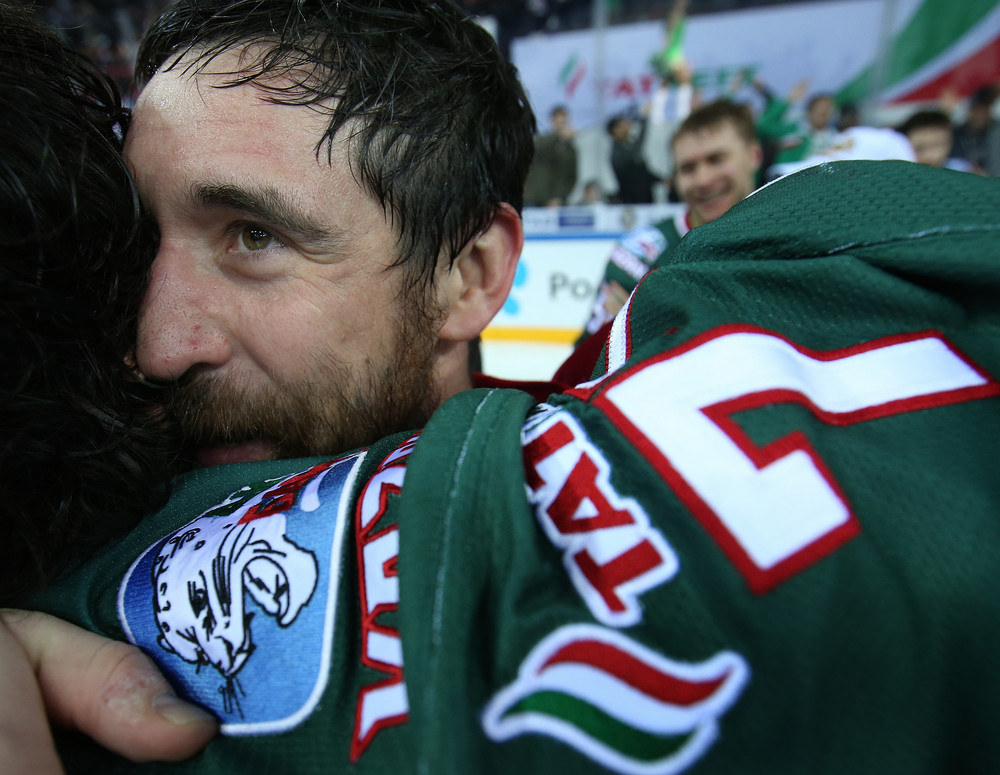 Ilya Vorobyov, currently behind the bench for team Russia, used the recent round of EuroHockey Tour games to check the depth of his squad ahead of next month’s World Championship in Denmark. The results of the tournament were less important than the chance to assess the emerging talents hoping to find a place on the Olympic champion’s roster in the future.

Russia lost all three games by the same 2-1 scoreline but Vorobyov was more interested in the process at this stage of the season.

“We got a look at several guys who haven’t had many chances with the national team, or maybe haven’t played here before,” Vorobyov said during the tournament. “We’ll be asking questions of the guys, and they themselves need to step up to a new level. This isn’t club hockey, it’s the national team.”

Russia continues its preparations for the Worlds when it goes to Sweden next weekend for the final stage of the Eurotour.

Russia goes in the IIHF World Championship Elite Pool next month, but the lower divisions of the international tournament are already underway. Kazakhstan, seeking promotion to the top level, began its Division IA campaign with victory over Hungary in Budapest thanks to a trio of third-period goals. The Kazakh roster, as always, is built around the Barys line-up and Astana’s head coach Galym Membataliev is behind the bench. There was a debut for Henrik Karlsson, Swedish-born but now eligible for his current home, and he earned a shut-out in a 3-0 win. Two more KHLers, Rok Ticar and Robert Sabolic, are part of Slovenia’s roster in Budapest. They got off to an unhappy start, suffering a surprise 1-3 loss against newly-promoted Great Britain in the opening game.

There’s also some KHL interest in Kaunas, where Lithuania hosts Division IB. The host includes the legendary Darius Kasparaitis for the first time in tournament play, while young Dinamo Riga goalie Mantas Armalis is also involved. He had a shut-out in the first game, blanking a Croatia team that included Vityaz forward Borna Rendulic. 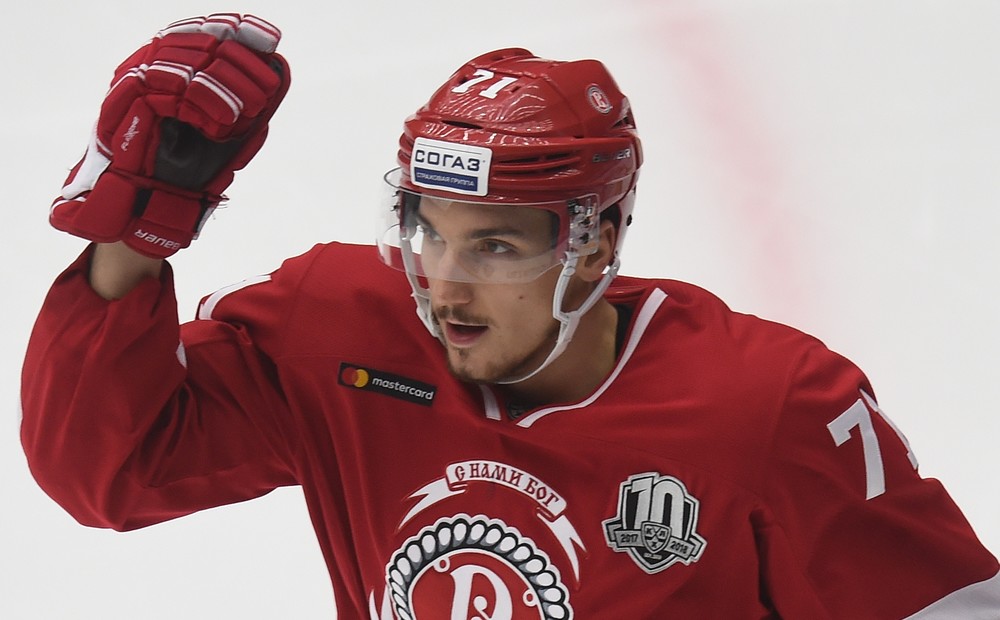 New faces in the Far East

Sergei Svetlov is the new man in charge at Admiral. Svetlov returns to Vladivostok for a second spell, after taking charge for a spell in the 2013-14 campaign. He will hope to bring stability to Admiral after a chaotic season that saw no fewer than four changes in the coaching staff last time out. 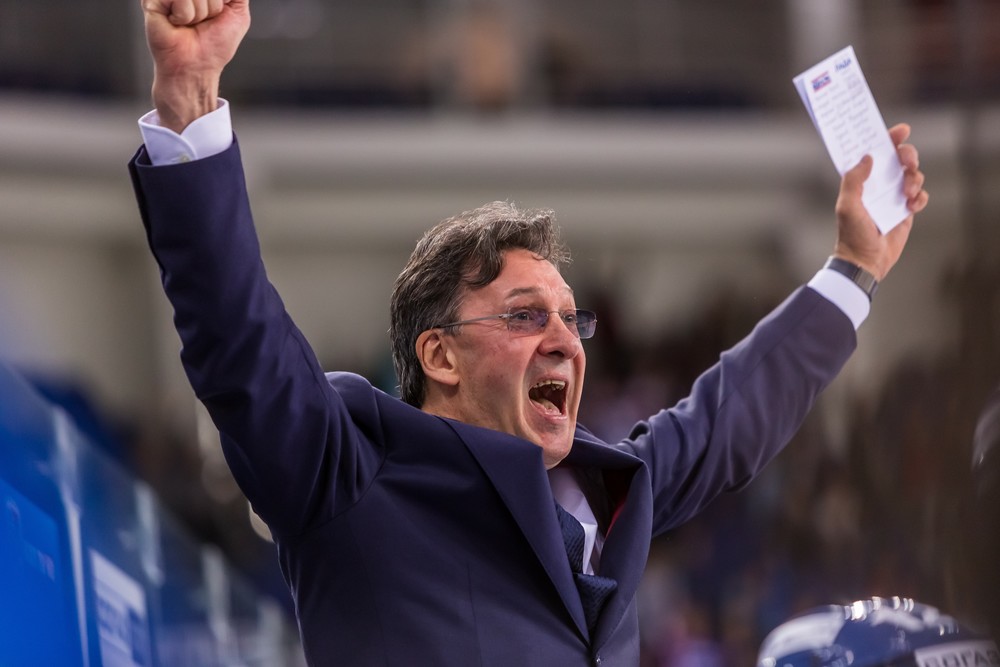 Pavel Datsyuk confirmed a one-year extension to his contract with SKA. The 'Magic Man' will remain in St. Petersburg for the coming campaign as the team looks for another Gagarin Cup victory to match Ak Bars' haul of three trophies.

Datsyuk signs up for another year at SKA 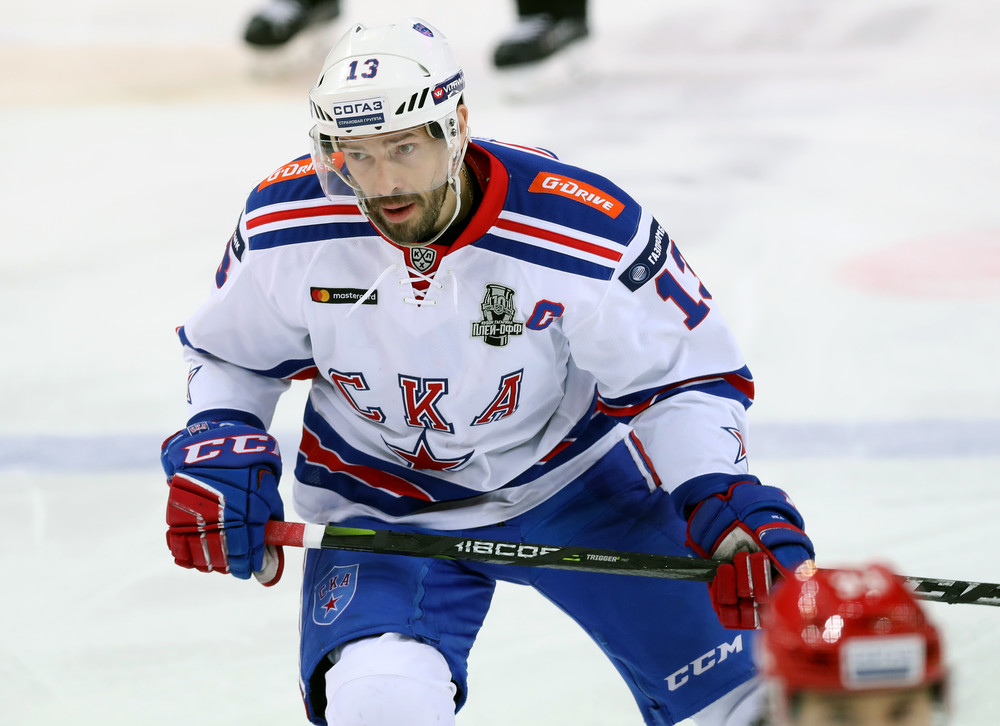 Loko are one win away from Kharlamov cup, 2-1 for Russia U18 at WC. JHL week in review

Loko are one win away from Kharlamov Cup

In the third 2018 World Championship match, the under 18 Russian national team dropped a narrow 4:5 defeat to Finland. Last group B match for team U18 will take place april 24-th, Russians will face Slovakia.

Russia lose their first game at U18 IIHF World Chanpionship 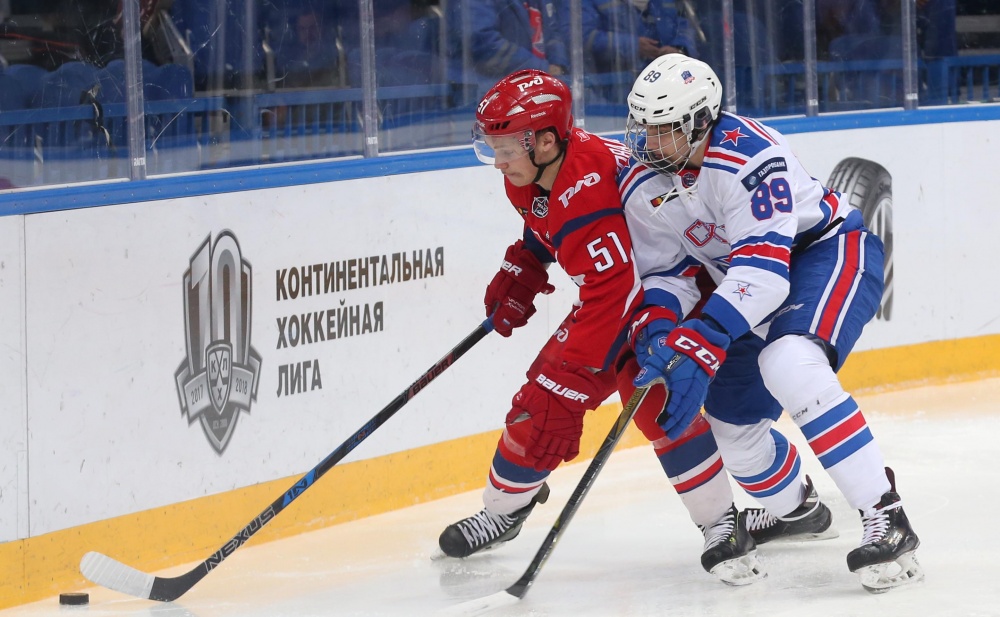