Eduard Zankovets: “At Slovan, I get called to a different carpet!”

Eduard Zankovets, head coach of Slovan for most of the 2017-18 season, gave an interview to KHL.ru in which he spoke about his decision to coach in Slovakia, the reasons behind the team's less-than-successful performance, and of his future in Bratislava.

Belarusian specialist Eduard Zankovets arrived at Slovan early in the 2017-18 season. The team from Bratislava had prepared for the 10th Championship under the leadership of the charismatic Milos Riha, but the fans were not happy with the results at the start of the campaign, and so the club management decided to put a new man at the helm. A little over a year earlier,and in similar circumstances, Zankovets had taken over from Andrei Nazarov at Barys, and he led the Astana team to the playoffs, but there was to be no repeat of that feat at Minsk. 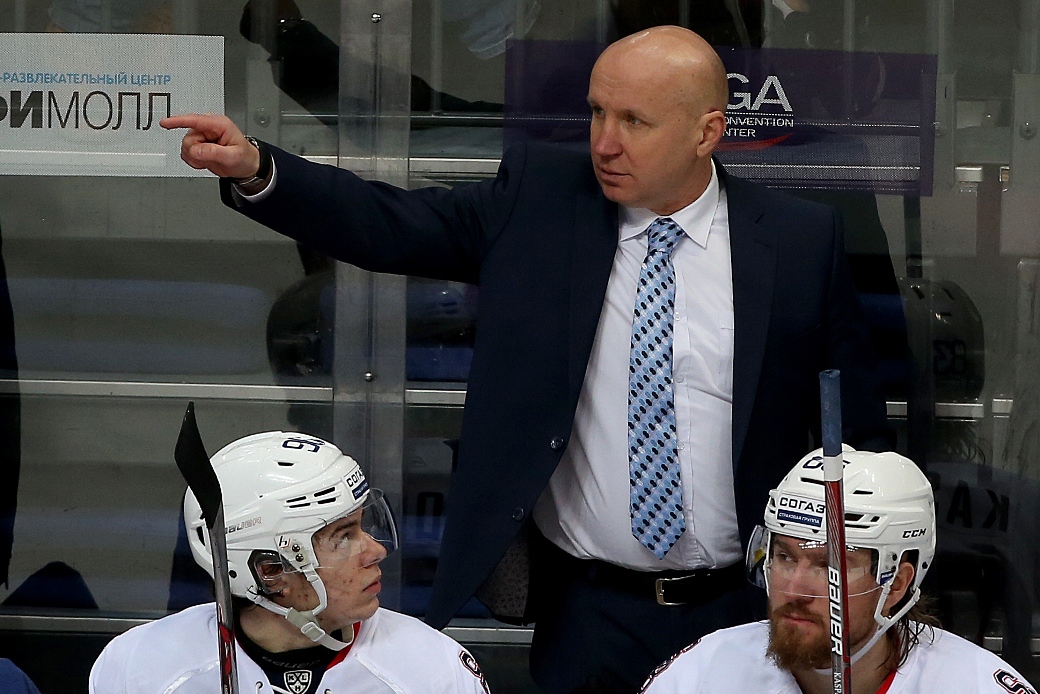 I spoke to Riha, but not about Slovan

– How would you evaluate your team's season?

– It has been a difficult one. The team was not playing well and some players had been signed in haste. A lot of the guys had picked up injuries in the pre-season, and well into the championship many were still trying to shake off these knocks. With the preseason disrupted, the team struggled to reach fighting fitness when the season was underway, and all this affected the results. We never quite produced the level of hockey you need in order to qualify for the playoffs. We didn't strengthen the roster with new signings, and we underperformed in many games, especially on the road, although we were not too bad at home.

– You were fully aware that the team had certain problems when you took the job, so were you surprised that the club expected results?

– Results are a must for any club. And any coach who accepts the role wants to achieve good results, but success can depend on more than one factor. In most cases, there is a combination of nuances that need to be fine-tuned or improved before the team can achieve its goal. Here we were somewhat limited – both by the budget and by the number of injured players at the start of the season – and this prevented us from succeeding. But I wanted to work at a club with a rich history, and Bratislava is a real hockey city with great fans and good infrastructure. All these positives outweighed any negatives.

We should have fought better for a place in the playoffs, or at least finished closer to the top eight, but the management at Slovan are all mature people. They understood the situation and did not expect miracles.

– Were you genuinely confident that you had a real chance of making the playoffs?

– Yes, I was. With a certain approach, the situation could have been improved. I cannot say I was 100% confident that we would get into the playoffs, but I thought we could get close at least.

– Did you manage to talk to your predecessor, Milos Riha?

– Yes, Milos and I met many times in Bratislava, and we talked – but not about Slovan.

– What were the main problem areas in Slovan's game during the season?

– Defense, and our form on the road. We allowed a lot of goals. This is the one factor that we couldn't improve by the end of the season.

– What were the positives?

– We played some good matches, especially against the leaders. For example, our two meetings with Jokerit, our games against Ak Bars, Metallurg... But sadly, these good performances were few and far between, and we needed more. Overall, apart from penalty-killing, our statistical indicators have improved. We began to score more, while at the beginning of the season we had real problems in offense. We were not bad in power play, the attitude was good, and the tactical innovations we brought in almost always worked. 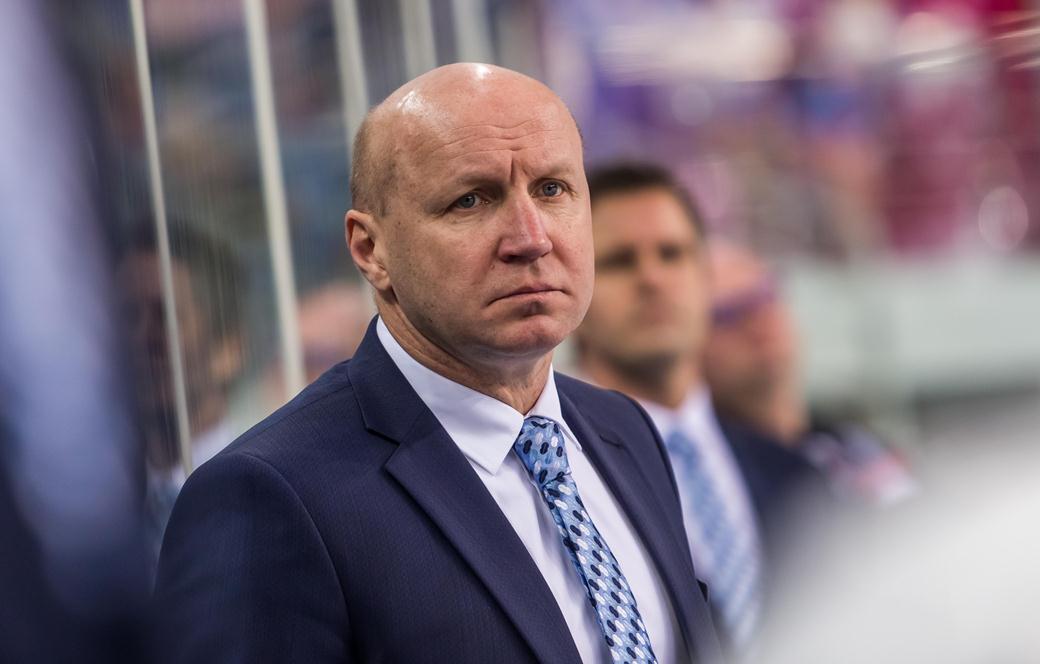 Radek Smolenak's departure was initiated by me

– You took over the team while the Championship was in progress. What targets did the management set for you?

– We had to compete for a place in the playoffs. but the management at Slovan are all mature people. They understood the situation and did not expect miracles. It is no secret that during the course of the season I wanted to strengthen the roster, but there not enough available players to make a real difference to us. For various reasons, it just did not happen.

– Slovan had the worst record on the road of any team in the League. What was the reason?

– There were many factors. Because of the distances, the recuperation process is harder. Toward the end, we made some adjustments to our preparations, such as the accommodation, and our form on the road started to improve as a result.

– There was some discontent among the fans about the goaltender situation. How would you rate the work of Jakub Stepanek and Marek Mazanec.

– As for Mazanec, I had not been at the club very long when he terminated his contract and left. I believe Stepanek had shown he was performing the better of the two, and had earned the main goalie role, and I'm happy with the way he coped. Unfortunately, we did not have a second goaltender at hand, who could have given Jakub a well-earned break in certain games.

Russian players are in demand at Russian clubs and are more expensive than European ones. We plan to have a strong contingent of foreign players, and to give opportunities to Slovak ones.

– Radek Smolenak left Bratislava when he was top scorer at the club. Why?

– His departure was initiated by me. His game did not fit the kind of hockey we were trying to instill in the team.

– What about your young players?

– There is a fine group of youngsters who sometime next season will be knocking at the door of the first team: Sloboda, Sadecky, Hecl, Bacik... They have established themselves as players who want to grow and improve. Maybe they're still not first-line players, but I expect they will be regular features in the third or fourth line.

– Many were expecting great things and a lot of points from Lukas Kaspar. Why didn't his season work out as well as expected?

– He played the whole season while struggling with an injury, and just before the end of the regular season he went off to have surgery. He did all he could to help the team, and I have nothing to reproach him for, but due to his injury it was not the same Lukas Kaspar that we're used to seeing. 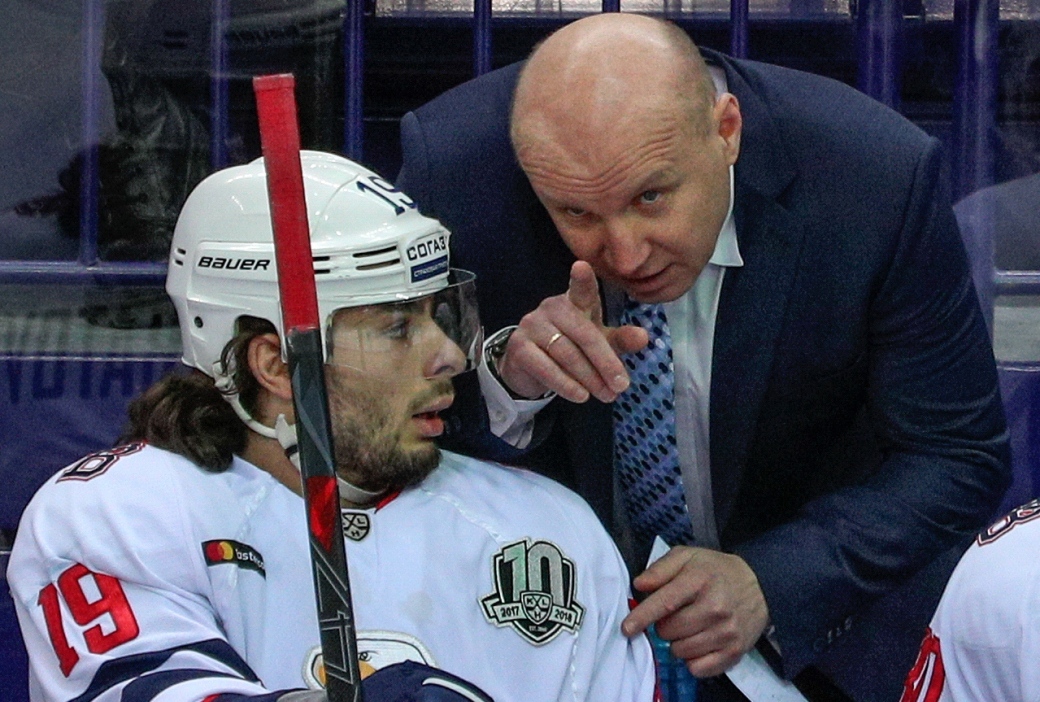 I'm currently in negotiations with Slovan

– The results of the team were not great, so how did the fans react? Did you sense a negative atmosphere?

– I will say that the Slovan fans know their hockey. In spite of our lowly position in the standings, these people still came to watch us play because they wanted to see a good game. If the team gives 100% and shows strong commitment, the fans will come. And last season – at some of our home games-at Christmas and,at the end of the season - we even had sell-out crowds.

– Will you stay on in Slovakia?

– My plans involve Slovan, I'm currently in negotiations with the management, and we are just thrashing out the technical aspects. I think everything will be fine and we'll continue working together.

I'll go to the World Championships. I recently went to watch the Slovakia national team take on Germany, mainly to get a good look at players who would be useful to Slovan.

– Recently, there were reports of Slovan having found a new sponsor, and that the days of financial instability are gone. Have you formed an outline of next season's roster yet?

– Financial stability is an important factor, but our budget will not increase, so there should not be any talk of shopping for superstars. However, stability always attracts players, so I hope we will find hockey players willing to come here and eager to play for these fans. The fantastic atmosphere in Bratislava helps to recruit new players.

– Perhaps you will sign one of the Russians with whom you have already worked.

– Russian players are in high demand at Russian clubs, so they are more expensive than European ones. We plan to have a strong contingent of foreign players, and to make sure we give opportunities to Slovak ones. 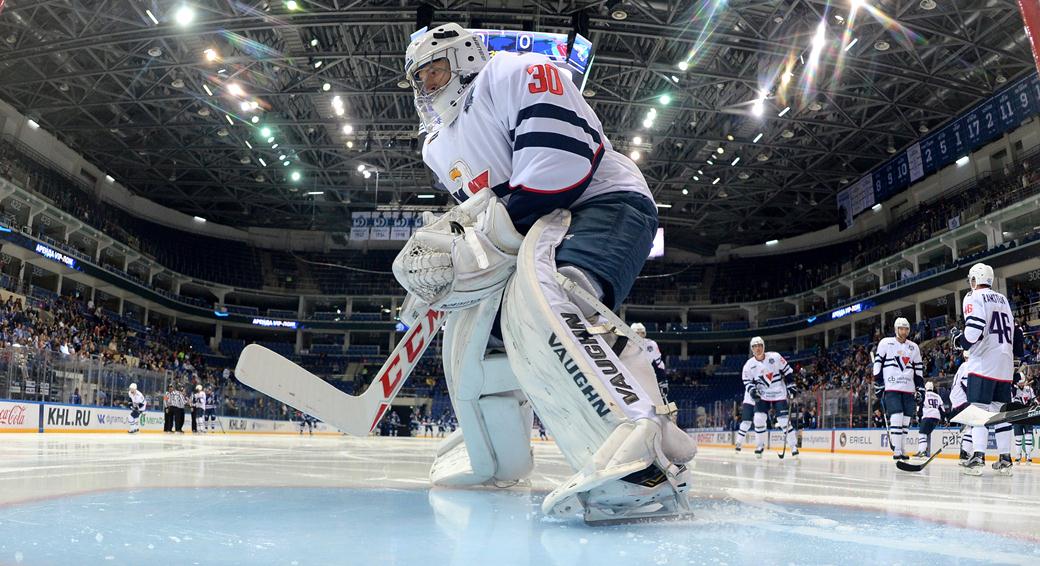 I already have some new players' names pencilled in

– This is your first time working as a head coach outside the territory of the former USSR. Are there any specific issues which arise when working abroad?

– It is an interesting and useful experience, and it gives you only positive emotions. There is a more patient attitude on the part of management, so there is not much psychological pressure. Of course, everyone wants the team to get results, but at the same time there is no forcing of the situation. If something does not work, then, first of all, everyone tries to understand the reasons behind the problem, and only then do they make cardinal changes. They still call me to the carpet, of course, but it's a different carpet (Smiles.)

– Was last year's Barys very different from this year's Slovan?

Stability attracts players, so hopefully we'll find hockey players who want to come here and play for the fans. The atmosphere in Bratislava is a great help here.

– What are your plans for the near future?

– I'll go to the World Championships. Incidentally, I recently went to watch the Slovakia national team take on Germany, mainly to get a good look at players who would be useful to Slovan.

– When will we hear the first transfer news?

– I hope to have news in the coming weeks. I have told the management of the kind of players we need, and I already have some names pencilled in.

– How did you enjoy the Gagarin Cup final?

– I followed all the playoffs closely. When you have two evenly-matched teams in the final, it only increases the interest among the fans, although I did predict that the final series would not reach seven games. 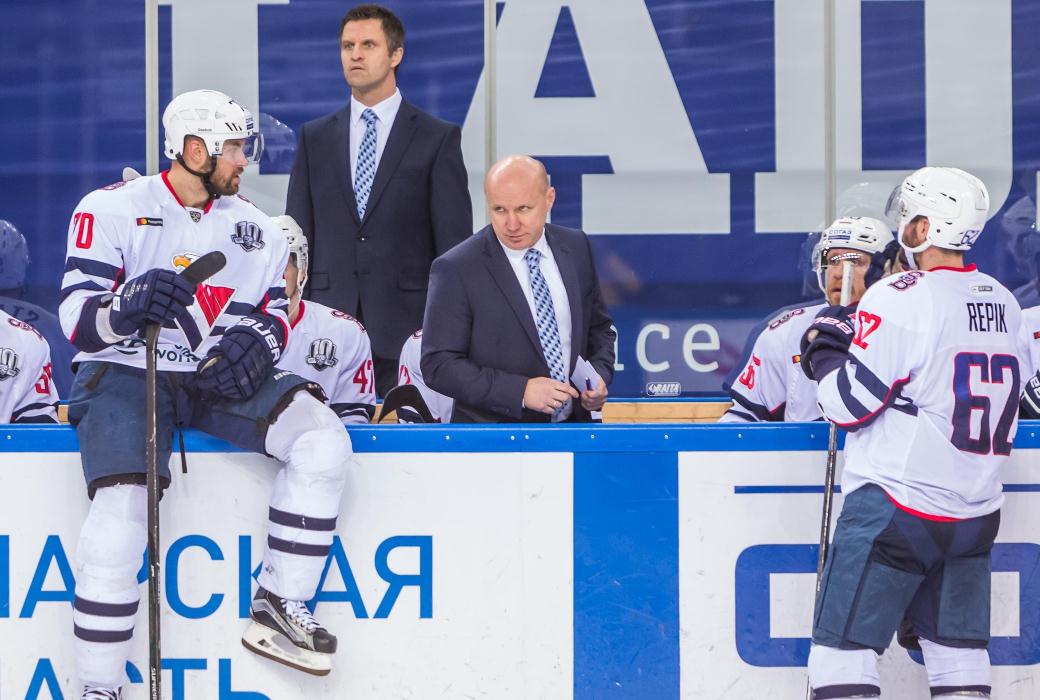 Master of Sport of the Republic of Belarus