Review of 2017/2018. Metallurg: Departure of Vorobyov and loss of Zaripov

Magnitka didn’t manage to repeat last year’s achievements and was eliminated at the second round of the playoffs. What prevented the Ural team from performing better?

Metallurg’s roster significantly changed from last season’s lineup. A number of defensemen, including Chris Lee (who then returned during the season) and forward Danis Zaripov left the team. The departure of the veteran winger wasn’t just a loss, it was a true challenge for Magnitka.

The team had significant problems during the Fall, that caused the firing of the head coach Ilya Vorobyov. Metallurg didn’t seek an external replacement and gave the team to Viktor Kozlov. The Ural team managed to make it to the postseason, but they didn’t manage to go through the Eastern Conference semifinals.

The Story of the Season

The Gagarin Cup current runners-up didn’t have a good August and September. Metallurg had pretty much as many wins as losses. But the most important thing is that the Urals team lost to Ak Bars, Lokomotiv, Salavat Yulaev, SKA, and Traktor – all teams who aspire to a high place in the KHL standings. Among the few positive moments, a win against Barys (3:2 SO) can be noticed.

In October it looked like Metallurg could improve the situation. The team won five games out of six, but then they stumbled again as they lost 2:7 against CSKA. Unfortunately for the team, that defeat started yet another losing streak. On November 2, Magnitka lost against Lada at home (1:3) and after that game, it was announced that Ilya Vorobyov was released from his duties as Metallurg head coach. The boards entrusted Viktor Kozlov as a new head coach, but that wasn’t the only announced change – Metallurg’s lineup was enriched by a few players who left the team in the 2017 offseason. More precisely, Chris Lee, Alexei Bereglazov and Wojtek Wolski. This latter suffered from a serious injury last year, had a great start of the season with Kunlun Red Star and once again wore Metallurg jersey. 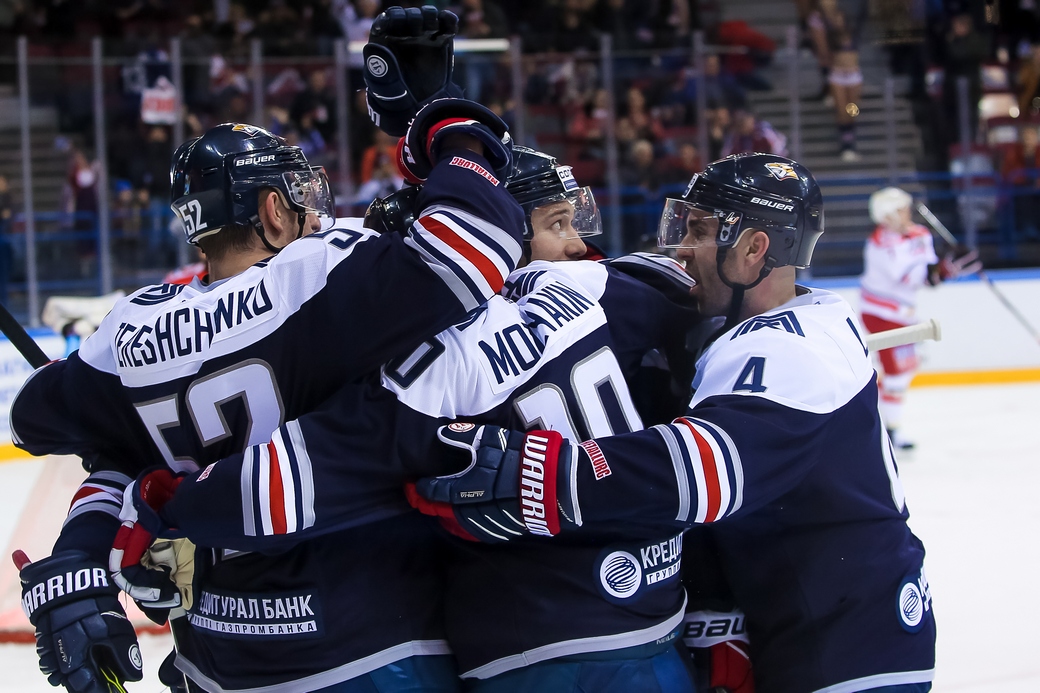 These changes allowed the Urals team to be more consistent as they started defeating the leaders. CSKA was defeated in Moscow (4:1), while Lokomotiv Yaroslavl was beaten at home (4:1). The two wins against Jokerit Helsinki (2:1 SO, 2:1 OT) were also worthy of a mention. All this gave the team more confidence, but the team didn’t avoid the occasional slump. As a result, Metallurg Magnitogorsk finished the regular season as the fifth seed in the Eastern Conference, having to face Vladimir Krikunov’s Avtomobilist Yekaterinburg in the playoffs first round.

Many experts named this series as the most uncertain of the whole first round, but the bigger experience of the Metallurg players played a key role in the contest. Metallurg looked better than the opposition, playing very well with the special teams and deservedly winning the series (4-2). Even Krikunov praised Metallurg’s special teams after the series. The coach declared that Metallurg continuously changed the way they were playing on the powerplay and his team had a very hard time in getting used to their style.

But in the next round, Metallurg didn’t manage to stop the next Gagarin Cup champions. The team led by Kozlov won the first game (4:3 OT), but then suffered from four consecutive defeats, finishing their season. Most likely, Metallurg needs a rebuild. The team already lost a great line when Zaripov left the team, and now they will also need to find a replacement for the Czech center Jan Kovar. 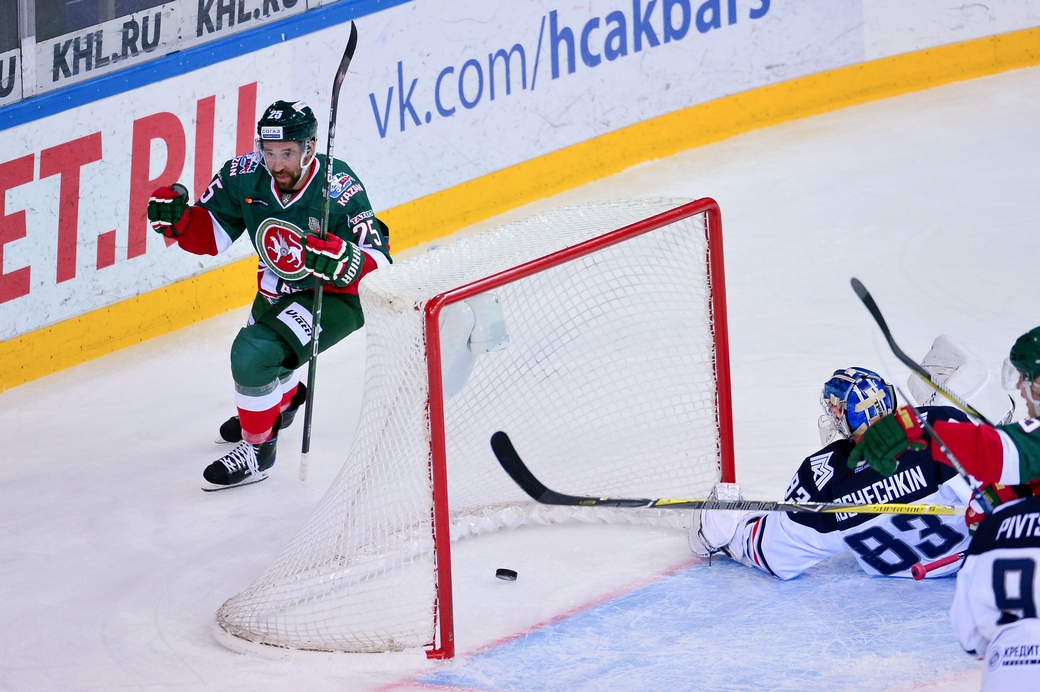 It was the first time that Viktor Kozlov was a head coach. Kozlov had to deal with many problems and huge expectations from the fans. He managed to give the team a good guide, but could not defeat Ak Bars in the playoffs. It’s hard to evaluate Kozlov’s job, since he got the team midway through the season.

It’s already known that the new Metallurg Magnitogorsk head coach will be Jozef Jandac. This, however, doesn’t mean that Kozlov’s history with Magnitogorsk is over. He’ll stay with the team as an assistant coach and will have another chance of becoming the head coach again in a couple of years. 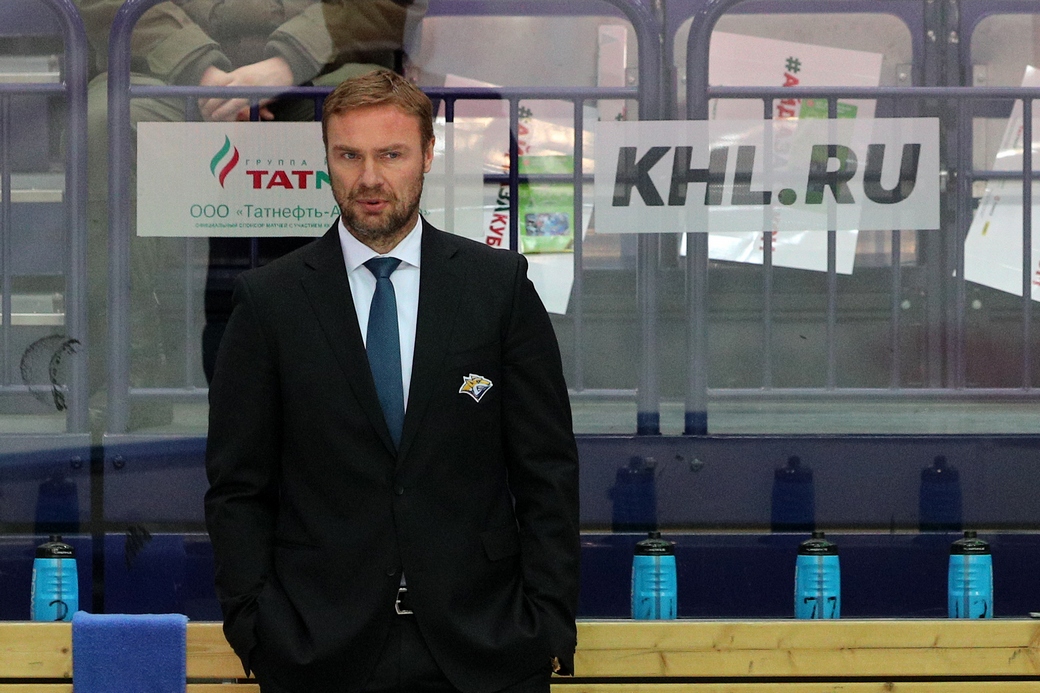 On October 21 Metallurg got to Moscow to face CSKA. The Red Army was the second team in the overall standings and was starting to think about the playoffs already, while Magnitogorsk just started their battle to get to the playoffs. CSKA started the game very well, since Kirill Petrov scored already at the sixth minute, while Magnitka couldn’t find a solution against the home team’s defense. However, midway through the game Wojtek Wolski tied the game up, and then it was all Metallurg. The Urals team played a tactically perfect game and deservedly won the contest.

Oddly enough, Metallurg played against CSKA also its worst game. The Red Army got to Magnitogorsk on October 18 and the fans were eagerly waiting for the battle between the Gagarin Cup runners-up and one of the top contenders for this year’s title. But the game wasn’t really a battle. Vasily Koshechkin allowed a couple of early goals and was replaced by Ilya Samsonov, who allowed five goals to the opposition. All of the seven CSKA goals were scored by different players.

It’s hard to call the discover of the season one of the most experienced foreign players in the KHL. As you probably have already understood, we’re talking about Matt Ellison. In 55 games, he scored 45 (20+25) points, even surpassing Sergei Mozyakin in the top-scorers standings of the regular season. Why are we talking about him? Many fans weren’t sure about Ellison, but with his strong game he confirmed to be a high-level player and that wherever he plays, his hockey is always great. 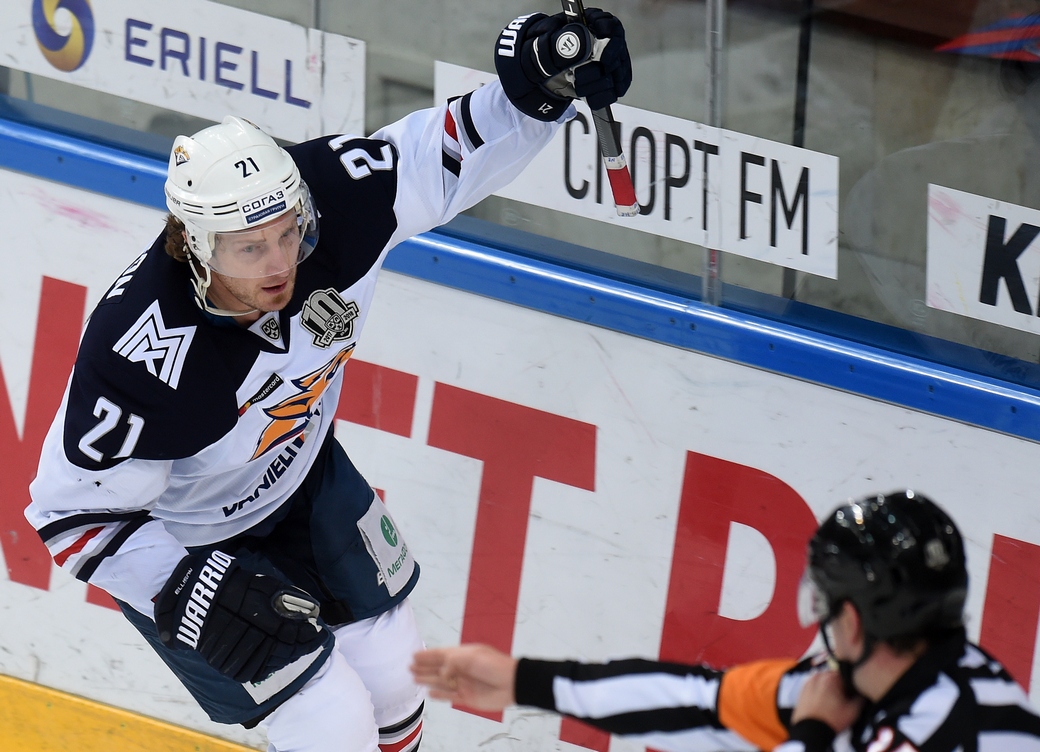 Anton Shenfeld got back to Magnitogorsk from Togliatti to take a step forward in his career. 37 games, seven (2+5) points – this is definitely not what the expectations were for Lada’s leader. Just in one season, Shenfeld’s production fell by almost five times. Naturally, he didn’t become a leader. 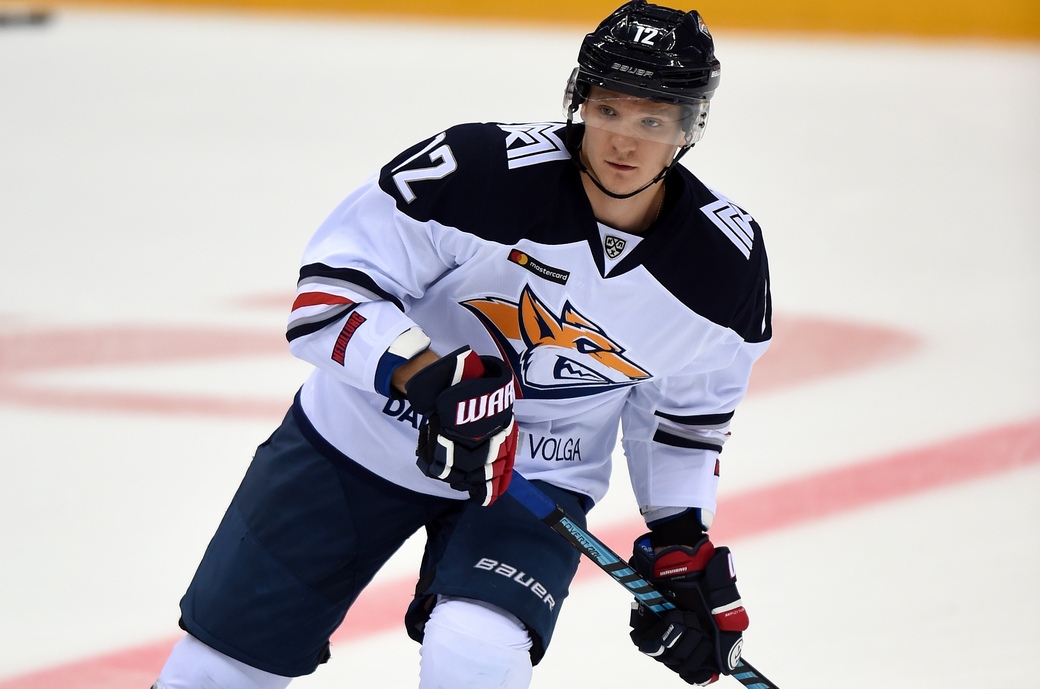