Right before the new year, Avangard decided to change head coach, but they managed to get to the playoffs only at the very last regular season game, and then had a first-round exit. KHL.ru reviews the 2017/2018 season for Avangard Omsk.

Review of 2017/2018. Metallurg: Departure of Vorobyov and loss of Zaripov

One year ago, Avangard Omsk, led by Fyodor Kanareikin, got to the playoffs with the second seed and reached the Eastern Conference semifinals. However, the situation changed, and not for the best. The team made a step backward: the Hawks’ second part of the season was almost a fail and got to the playoffs literally with the last chance. They didn’t have much success in the postseason, getting home early with a first-round exit. The Omsk fans clearly were expecting a different result.

Some intrigue is always a good thing, otherwise, sports will be not as interesting. The main intrigue of the tenth KHL season for hockey fans was the Chernyshev Division. Three out of seven teams lost any playoffs chance quite early, and the remaining four clubs had pretty much even chances of both finishing the regular season as the second seed or missing the playoffs completely. Among these four teams, we could find Avangard Omsk.

The head coach of the team was Andrei Skabelka, whose teams always played a sort of “meat and potatoes” hockey. Seen from the side, after three years in Novosibirsk and a KHL bronze medal with Sibir it looked like the Belarusian specialist got a promotion. The start of the season was definitely good: eight wins in ten games, with the first four being at home. It looked like the summer selection was working: the only significant loss was Anton Burdasov, while the team got three new Swedish players, with Andre Petersson being one of them. 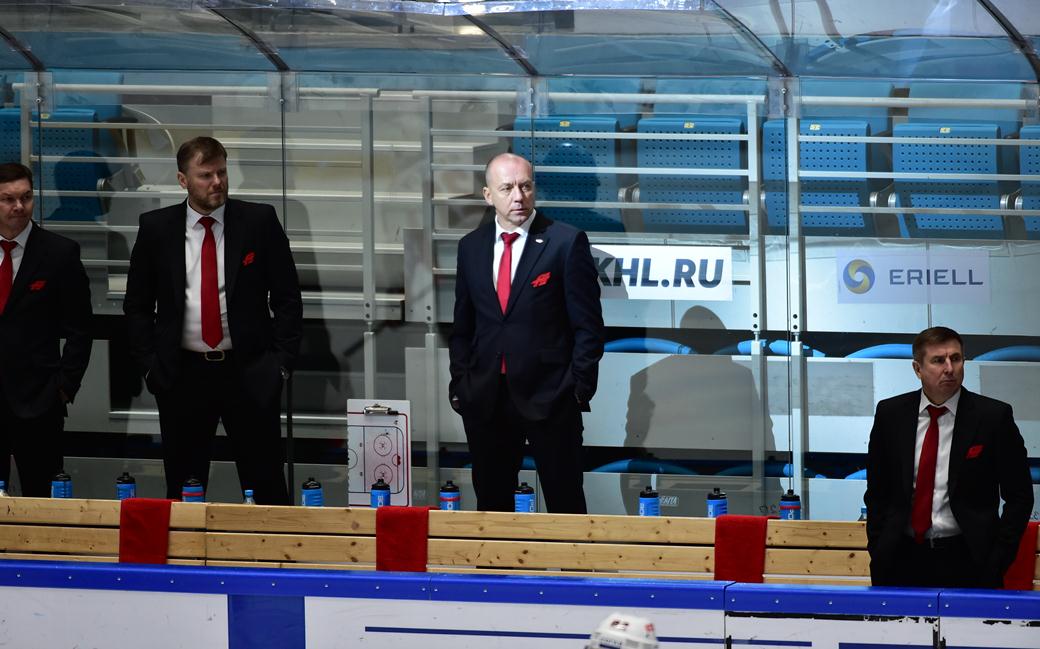 But the Avangard’s winning streak ended in October, and the team started alternating wins and losses. For three weeks the alternation was almost perfect, but then the roller coaster was much steeper. The team lost four games, then won four, then lost another four… Omsk lost to Riga, Vityaz, Minsk, and Ugra. Yes, the team suffered from a true injury outbreak, but the opponents didn’t care. The unlucky pre-Christmas series was the last straw for the boards and at its end, Andrei Skabelka was fired from his position.

On December 31 German Titov was announced as the new Avangard Omsk head coach. However, it’s impossible to say that the reshuffle saved the season for the team. Avangard lost six out of the eight final regular season games, including two defeats in the Siberian derby against Novosibirsk. In the end, to reach the playoffs Avangard couldn’t rely on its own forces, but needed to check Sibir and Amur. The Novosibirsk team missed the playoffs by one point, while Amur was better in the additional indicators and ended up the regular season as the seventh seed. 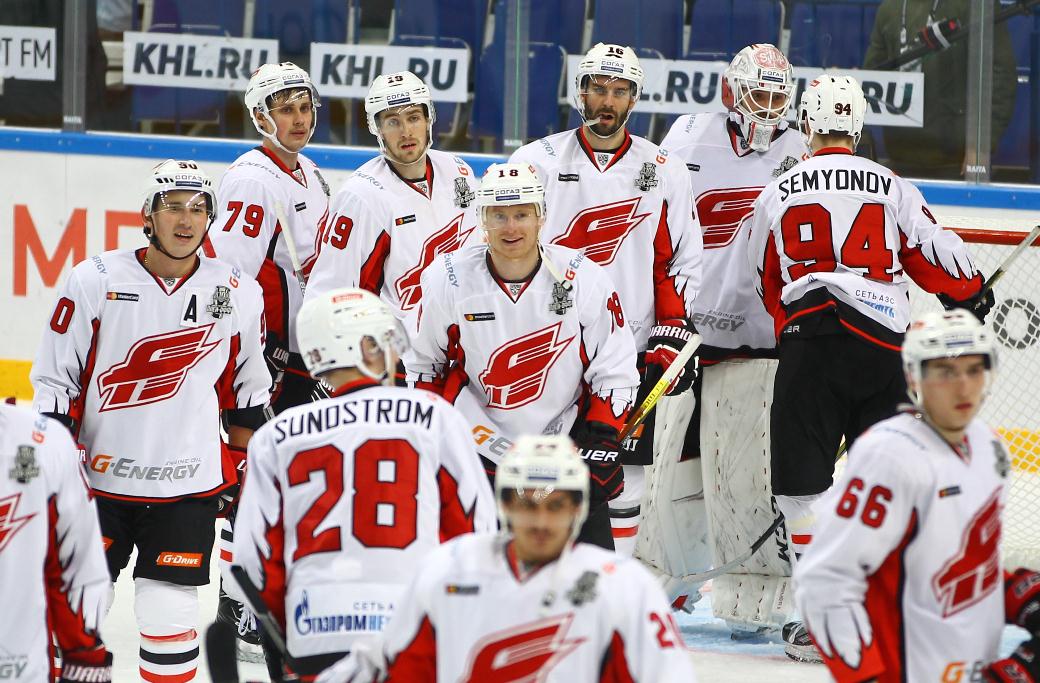 In the playoffs first round, Avangard faced their Division rivals Salavat Yulaev Ufa. In the 56 regular season games, the Ufa team earned only five points more than Avangard, and those five points were all the difference between the second and the seventh seed in the Eastern Conference. Close to the start of the playoffs, Titov could count on the return of Nikolai Lemtyugov and Johan Sundstrom. The first ruptured his spleen directly on ice still in October, the second fought with a congenital disease. They were expected to help at least in moral terms: the team really needed to rally.

In the end, Avangard managed to give the opposition a serious fight. The series between Omsk and Ufa was one of the series with more goals in the league’s history and definitely one of the most spectacular of last year’s playoffs. Comebacks, huge wins, hat-tricks, game seven! In the last game, the Siberian club miraculously tied the game at just seventeen seconds to the final horn, but in the end the miracle proved to be useless, as Salavat won the game and the series in overtime.

Avangard was the third team of the season to change head coach during the season and get to the playoffs, after Lokomotiv Yaroslavl and Metallurg Magnitogorsk. The Omsk-based team started the season led by the 47-years-old Andrei Skabelka, who joined the team from Sibir Novosibirsk. There he was very successful, but the Omsk boards didn’t have much patience. Right after Christmas, the team was then led by German Titov, who previously spent two years at Spartak. So far it’s not clear if Titov will keep on working for Avangard next year or if the team will seek other options. 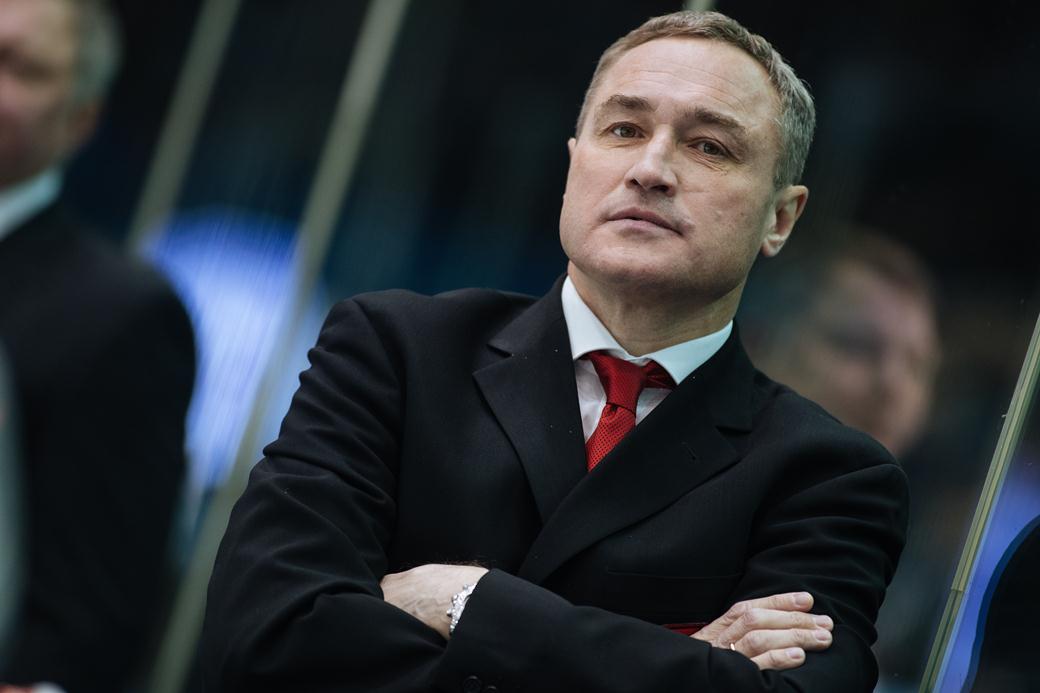 During the regular season, Avangard had some games during which everything was working. However, even those games pale in comparison with game two of the series against Salavat Yulaev. Neither team had the upper hand in shots, 34 – 34, but Avangard scored three times more, winning with an impressive 7:2 score. The hero of the game was the Swedish forward Andre Petersson: he had four shots, and three times the puck was in the back of the net.

Here the 2:6 defeat against Vityaz could be remembered, but that game didn’t decide anything as it was very early in the season. The exact opposite of the two games against Sibir near the end of the regular season. Any win could give Avangard more peace of mind regarding the playoffs, but they lost both games. As a result, Avangard had to be very nervous until the end, under the threat of missing the playoffs. Hardly these two games were the worst of the season for the team regarding the quality of play, but winning was very important, and Avangard lost.

Forward Ilya Mikheyev had a significant progress this year. The product of the Omsk school at 23 years of age was the top scorer and the top goal scorer of the team in the regular season, other than finishing the season with a great plus-24. The only player to keep his pace was Andre Petersson, who joined Avangard from HC Sochi, but he played 13 games less in the regular season. In this category, also Kirill Semyonov can be included. He is the same age as Mikheyev and also a product of Omsk. 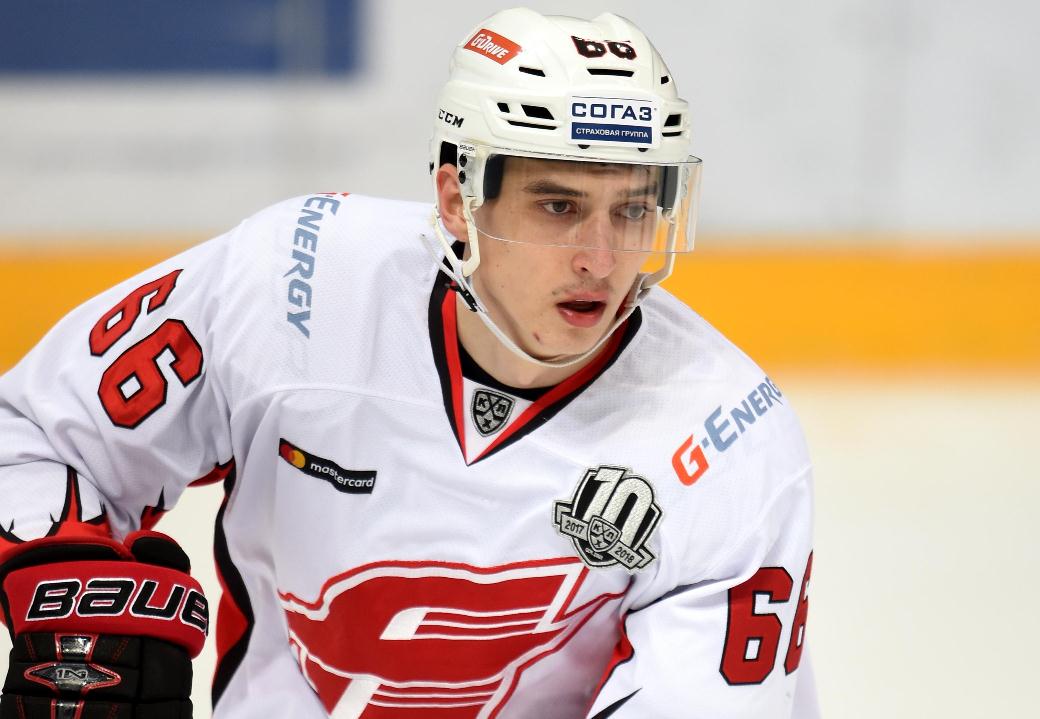 Three years ago, Dmitry Kugryshev scored for Sibir Novosibirsk 46 points in 49 games. Since then, it is expected that he scores the same amount of points in other teams, but it did not happen so far. This year, Kugryshev scored about half a point a game with a negative +/-. The same stats were amassed, for example, by defenseman Maxim Chudinov, who joined Avangard during the season after starting the year in St. Petersburg. Regarding the other players, many were limited in their productions by injuries: Johan Sundstrom, Valentin Pyanov, Ansel Galimov, Nikolai Lemtyugov.