Kravtsov and Denisenko – from the KHL to the first round

Two of the KHL’s emerging stars were selected in the first round of the NHL draft in Dallas. Traktor’s Vitaly Kravtsov was chosen by the New York Rangers as the ninth pick overall – slightly higher than many pundits expected. Grigory Denisenko was #15 in draft and is joining the Florida Panthers organization. A fourth Russian, Alexander Alexeyev, was chosen by Stanley Cup winner Washington Capitals with the final pick of the first round.

Lazy journalism alert! A prodigious talent emerges from the same set-up as a famous name, and the two get linked for evermore. Vitaly Kravtsov, Traktor’s playoff star, will have to get used to comparisons with Stanley Cup-winner and Traktor alumnus Evgeny Kuznetsov.

But the point is valid. These are two fearless forwards who drove Traktor to their best seasons of recent times. They have traded scoring records in the KHL (Kravtsov is now the league’s youngest playoff scorer, and the highest scoring U18 in post-season play, with Kuznetsov yielding those records back in the spring). And, however you slice it, the two are destined to feature long and prominent in the annals of the sport.

So why isn’t Kravtsov higher up the rankings this time? Injuries and exposure. A wrist problem inhibited his form in the regular season and his returns were decidedly modest. Just seven points from an injury-curtailed campaign meant nobody was rushing to talk about him, while the same injuries kept him out of World Juniors action. Then, sneaking into the playoffs under the radar, he exploded with 11 (6+5) points as Traktor reached the Conference finals.

Taking him at #9 in the 2018 draft, the Rangers have acquired a skilled, smooth-skating forward with every chance of becoming a big player in the big league, and on the international stage. But not right away. Like Kuznetsov, drafted alongside Alexander Burmistrov and Vladimir Tarasenko in 2010, he’s in no hurry to head overseas. He told Championat.com: “I signed a three-year contract and I’m happy with it. I think players should only move overseas when they are fully physically and technically ready, so they are actually able to compete with the best in the world.” We can expect a little more time in the Chelyabinsk finishing school before Kravtsov emerges at his peak. 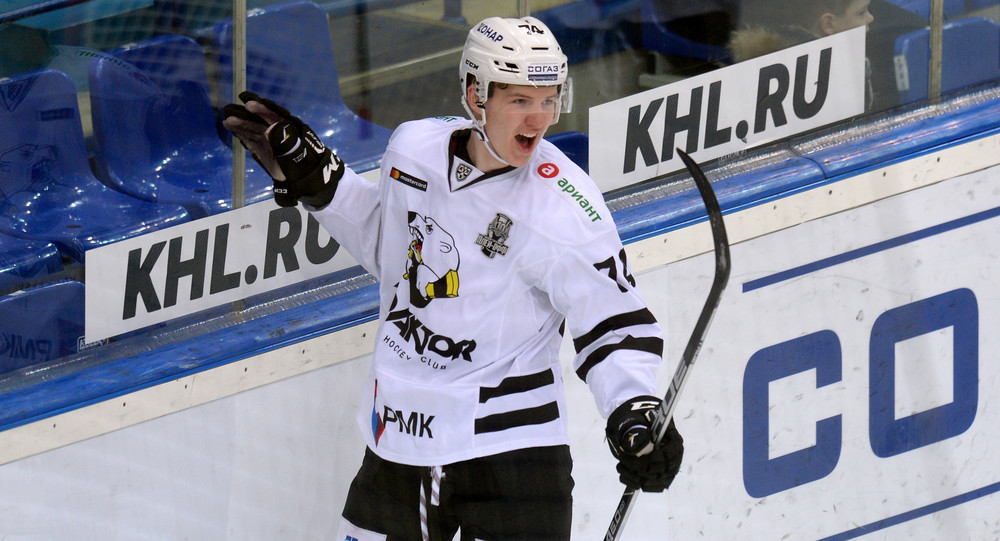 Hockey is no longer a game for the little guy, right? Wrong. At least, if you’re Grigory Denisenko. The Lokomotiv youngster spent much of the season playing youth hockey but began to find his pro feet in time to face SKA in the playoffs. That was where he took the opportunity to crunch Nikolai Prokhorkin with the kind of big hit that belied his 172-pound frame. It wasn’t enough to change the course of the series, but suddenly SKA knew it was in a battle, rather than a procession.

A sparky character, then, and one not daunted by taking on the big boys. As he told NHL.com’s Russian-language service, small players can use their smarts to beat the giants. And Denisenko doesn’t lack for smarts: a free-scoring left-winger capable of conjuring scoring chances out of nothing, he’s been a powerhouse for Loko in the MHL as the Yaroslavl team won the championship.

Denisenko has skills by the bucketload. The concern is not about his abilities, but his temperament. When a commentator spots echoes of Nikolai Zherdev, one of the great enigmas of Russian hockey, it’s not easy to know whether we should be excited or alarmed.

For Denisenko, like many 18-year-olds, is still grappling with the complete game. Skills, yes. Spirit, yes. Decision making, not always. As well as plenty of goals and assists, Denisenko also has a reputation for plenty of PIMs. In particular, a juddering assault during the MHL playoffs probably cost him a trip to the World U18s: for Russia’s coaching staff, the theory went, it was a disciplinary headache too far. That said, his PIM numbers were down this season compared with last, suggesting that Denisenko is maturing fast. With another season in Russia – and more exposure to the adult game via the KHL – this is a player who could quickly blossom into another highly-skilled star. Denisenko has said that he wants to spend one more year in Russia before heading to New York to try and crack the NHL. 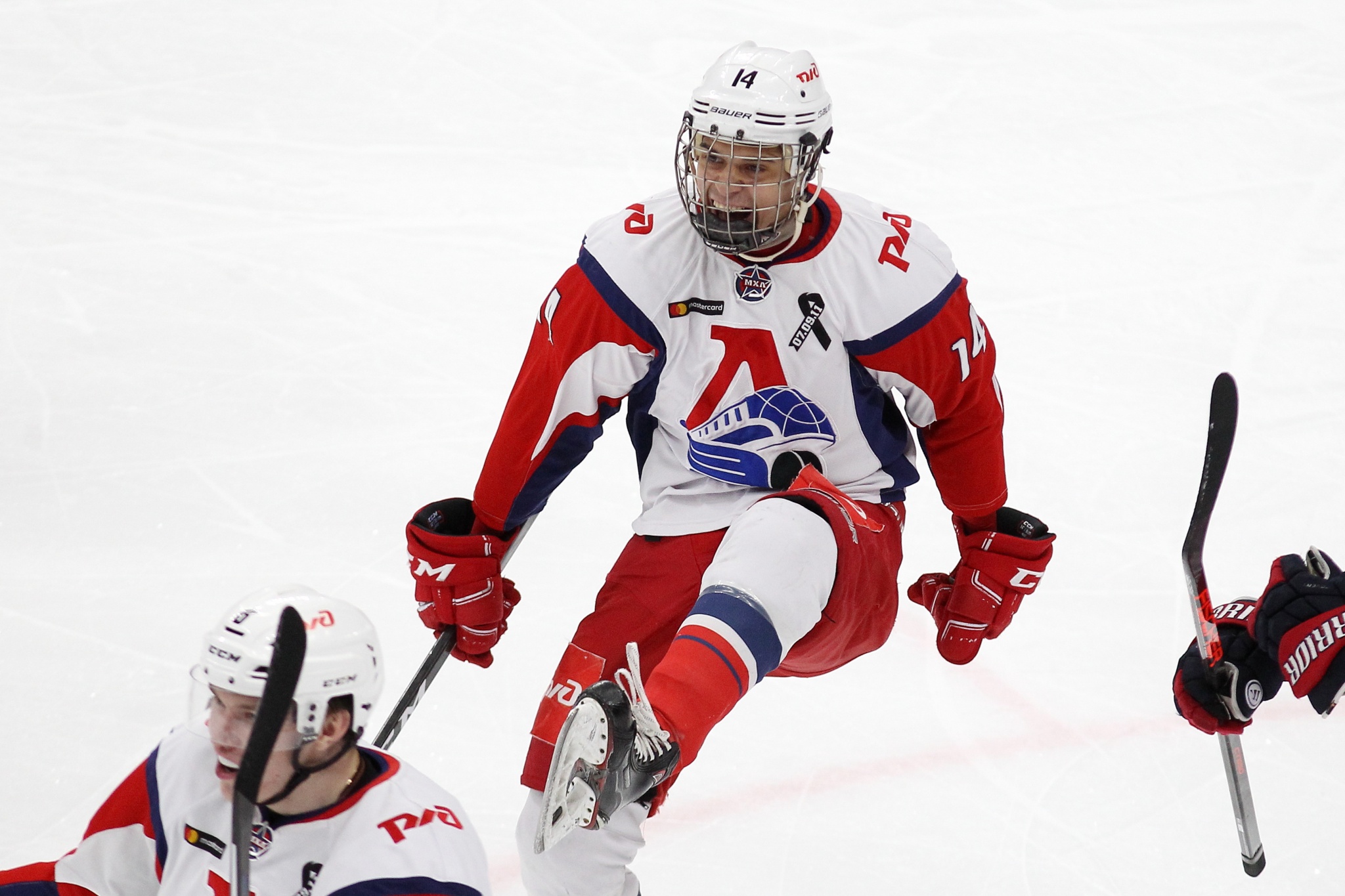 Defenseman Alexander Alexeyev was the last player chosen in the first round – and after two seasons in the WHL with Red Deer Rebels, he’s showing signs of maturing into a powerful two-way D-man. That’s just what the Caps will need as their roster undergoes a big revamp following this season’s historic Stanley Cup triumph.

For Alexeyev himself, St. Petersburg born and a one-time member of the Silver Lions junior team in that city, it’s the culmination of two years in Canada where he proved his ability to adapt to the North American game. Many commentators have noted how the 193 cm blue liner “doesn’t play like a European”, although some have cautioned that he misses out through injury a little more often than some would like.

Now, though, it’s a chance to join some of his most famous compatriots – and he’s already had encouraging words from Caps captain Ovechkin. “Ovechkin said to me: ‘We need a big, tall d-man like you!’,” Alexeyev told the NHL website. “It was a real weight off my shoulders when they called my name. I’m really, really happy. And it’s great to go to a team with so many Russians. When I was growing up, I watched a lot of Orlov, Kuznetsov and, of course, Ovechkin.” 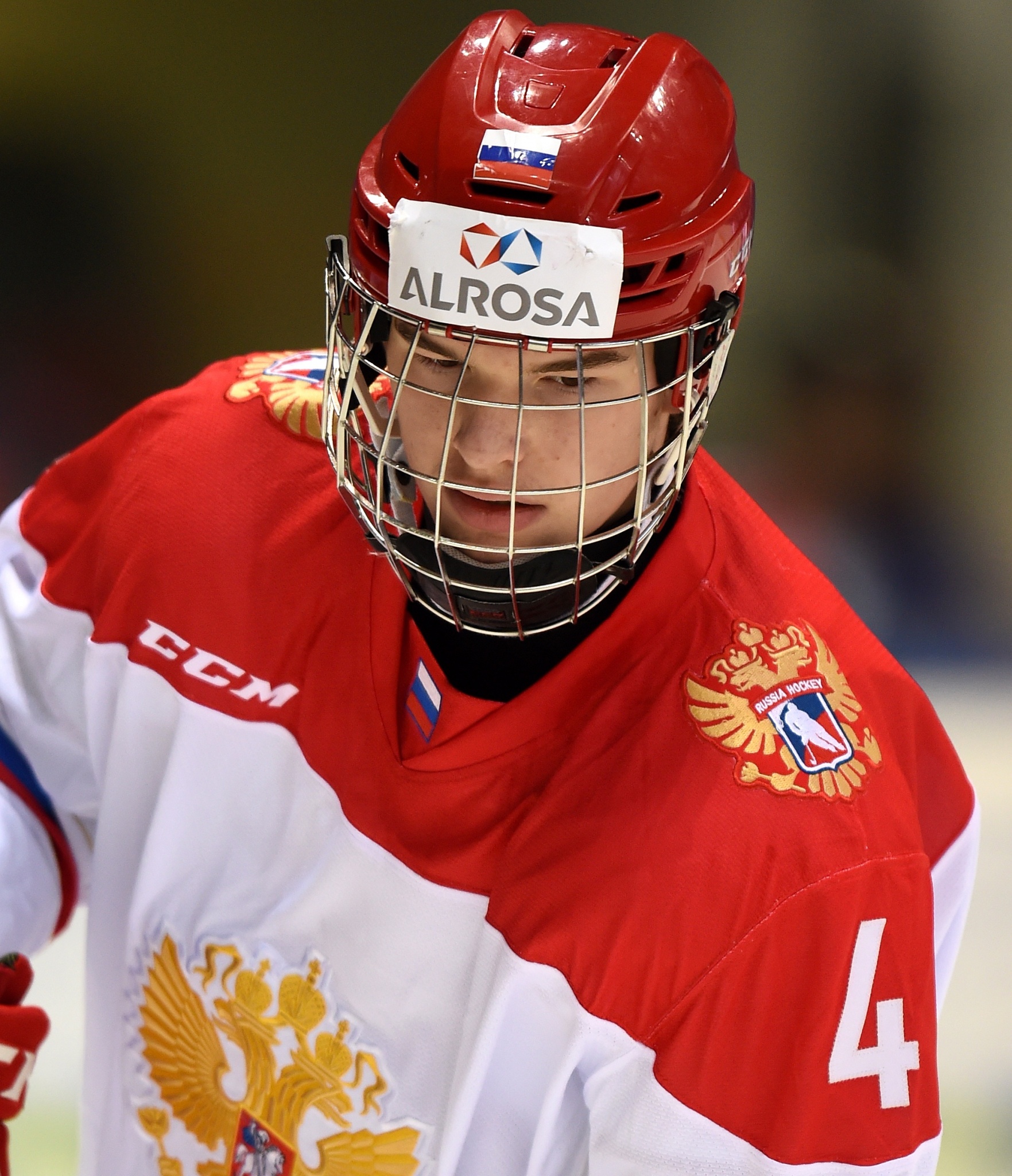