The latest round of pre-season tournaments ends with victory for Dinamo Riga in the Latvian Railways Cup, success for Metallurg in the Romazan Memorial Trophy and Dynamo Moscow claimed the Mayor of Moscow’s Cup.

The annual Latvian Railway Cup is the centerpiece of Dinamo Riga’s pre-season campaign – but the host team hadn’t hoisted the trophy in six attempts. All that changed this season.

Going into the final day of play, it was a straight fight between two potential champions. Lokomotiv would clinch top spot if it defeated Dinamo Minsk in regulation, but any slip-up would give Dinamo Riga the chance to win it all with victory over Swiss side Davos.

The Belarusian team was without a win in the whole tournament, so Loko had grounds for confidence despite the abrupt trade of three key players during the week. However, Dinamo struck first with Andrei Kostitsyn opening the scoring after 70 seconds. Lokomotiv struck back fast: two goals in three minutes saw Staffan Kronwall and Andrei Loktionov put the Yaroslavl team ahead.

Dinamo Minsk wasn’t done, though. Midway through the second period Kirill Gotovets tied the game – and ended up doing the ‘other’ Dinamo a huge favor. The scores remained tied until the end; Loktionov’s shoot-out winner was too late to save Loko’s chances.

That left the host with everything to play for and Dinamo Riga made no mistake against Davos. Any early nerves were settled by a Kevin Clark's goal in the first minute and Riga roared into a 3-0 lead at the first intermission. Clark would finish the game with a hat-trick in his team’s 6-1 victory; team-mate Andris Dzerins also did well, finishing with 1+3 points.

The Mayor of Moscow’s Cup, the capital’s traditional curtain raiser, went to a final-game decider as Dynamo and CSKA faced off for the big prize. Spartak’s failure to defeat Vityaz in regulation time earlier in the day meant that CSKA needed no more than a point to win the cup – but Dynamo could claim it with success inside 60 minutes.

The first period produced three power play goals. Dynamo got the first in the second minute when Juuso Hietanen needed just six seconds to punish Nikita Nesterov’s offense. But Nesterov brought the scores level in the 13th minute only for Miiko Koivisto to restore the Blue-and-White lead before the intermission.

Two goals late in the middle frame settled the outcome. High-profile summer signings Vadim Shipachyov and Dmitry Kagarlitsky combined as Andrei Alexeyev made it 3-1 for Dynamo, and Hietanen set up another newcomer, Miks Indrasis, to make it 4-1. That was how it finished, and Dynamo claimed the prize. 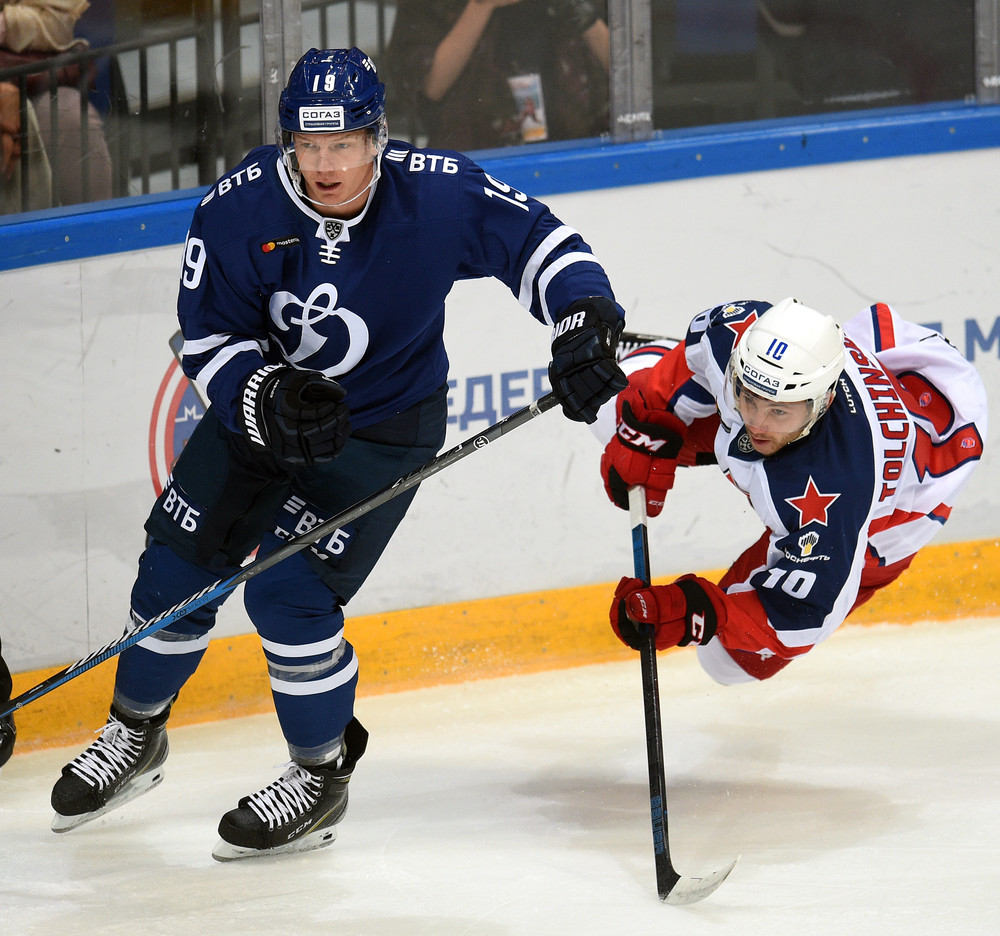 The Ivan Romazan Memorial tournament is a much-loved Magnitogorsk institution, dedicated to the former director of the city’s metalworks and enthusiastic backer of its hockey team. Fittingly, then, Metallurg secured its first trophy under Josef Jandac in this tournament, downing Sibir 4-1 to claim top spot in the four-team contest.

After an overtime win over Traktor and a high-scoring shoot-out loss to Torpedo, Magnitka came into the last day of action needing help from its rival. And Torpedo did enough to keep the tournament alive for the host, winning 2-1 against Traktor in the morning game. That meant either Sibir or Metallurg would win the cup with a victory in regulation.

At first, it was frustration. Sibir goalie Danny Taylor stood on his head as Magnitka dominated the early exchanges, and limited the scoring to a solitary Alexei Bereglazov effort from the point. Taylor’s performance looked all the more significant as Sibir improved in the middle frame and tied the scores thanks to Gleb Zyryanov.

But the third period saw Metallurg put the game beyond reach. Arkhip Nekolenko picked a fine time to score his first for the club, grabbing a short-handed strike early in the final frame. Then he got the assist as Evgeny Biryukov made it 3-1. Nekolenko finished off a good day’s work with one more assist when Valentin Kaletnik added a fourth late on and the outcome was put beyond doubt.

Head coach Josef Jandac admitted that his team is still a work in progress. “We have a lot of work still ahead of us,” he said. “Our players are still getting used to their new combinations. We looked good in the third period when we started scoring everything came into shape. But we were poor in the second, our opponent skated better than us. Overall we’re happy that we got the three points and won our home tournament.” 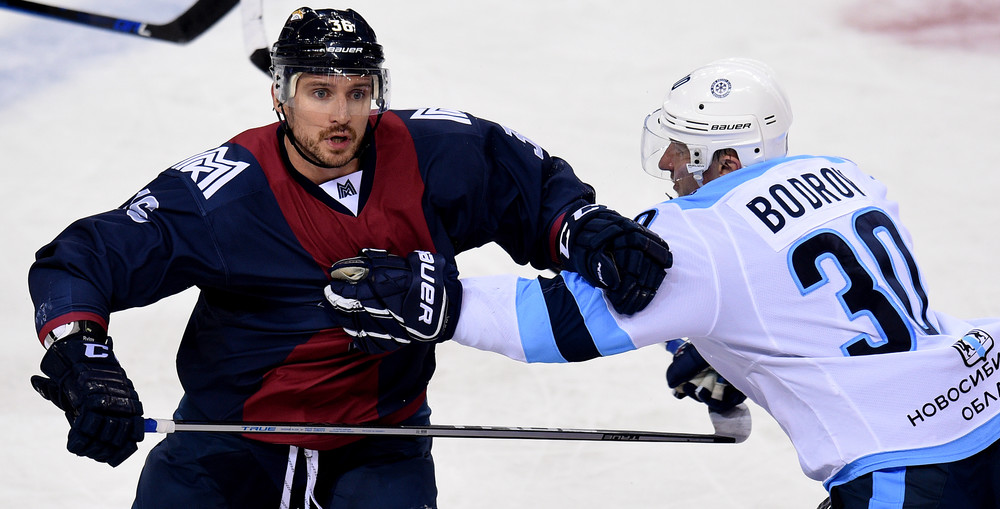