Nikolai Kovalenko talks to KHL.ru about his eventful summer, his father, his first KHL appearance and goal, and much more.

My dad never raised his voice after a bad game

Nikolai was born in Raleigh, North Carolina, as at the moment his father Andrei was playing in the NHL for the Carolina Hurricanes. Once Andrei got back to Russia, Nikolai learned to skate and started playing hockey at the renowned Lokomotiv Yaroslavl hockey school.

“It seems to me that somehow it turned out that I began to play as a forward. My father simply had me playing there,” Nikolai says. “I was practicing with him at first, then I started working with my first coach, Eduard Timashev. Initially, my father would attend all my practices, but then he finally decided to let me and my coach work together. Probably many hockey players just want their kids to follow their footsteps and become better than them. My father really wanted it.”

His father Andrei Kovalenko, who is a former NHL player with, among the others, the Quebec Nordiques, the Colorado Avalanche, and the Carolina Hurricanes, and a two-time Russian champion, has a big influence on his game. “We talk after each game,” Kovalenko explains. “If he doesn’t manage to watch the game live, he watches it taped, and then he speaks to me. My dad never raised his voice after a bad game. Quite the opposite, he’s always supporting me. He just shows my mistakes and tells me what he would have done in my place.

The two, however, have different styles on ice. Andrei was nicknamed “The Tank” by his teammates because of his fearless play and thickly-built body. Nikolai plays more of a technique-sound game. He simply couldn’t take and play the way his father did. “Just like everyone else, I started playing my way since my childhood,” Kovalenko remembers. “Due to my size, I can’t play the same way my dad did. Thus I have another style. I like a good passing game, I love playing the puck, but not to hit the target on an empty net, with a good shot instead. When I am as good as Pavel Datsyuk, then I will be able to score like he does.”

Eduard Timashev, Kovalenko’s first coach, talked about how it was to work with Nikolai in his early years:

“First of all, Nikolai added mass and became stronger. He was never the biggest guy in the team, but he had enough attitude for three players. He always was the critical component of our team and always wanted to be the first, no matter if we were playing football or billiards. For Nikolai, the practices were only a test, he always wanted to play true games. Of course, becoming older, he quickly understood that he wouldn’t get anywhere without proper practicing. He has a huge potential, and he’s showing that. I try to follow every game he plays, we are always in touch.

He’s never scared to call me and ask for help. Last spring, he even asked me to help him get ready for playing with the national team. I try not to interfere with his development, he’s growing a lot and understands everything. He got his winner’s attitude from his father. Nikolai, of course, idolizes him since his childhood. He always asked to wear #51. We never allow our kids to pick their uniform number, but for Nikolai, we made an exception, we understood the situation and saw that his father is a great model for him, so we allowed him to wear his dad’s number.

There are only a few guys that can have a considerable influence on a team. But you build a team around them.” 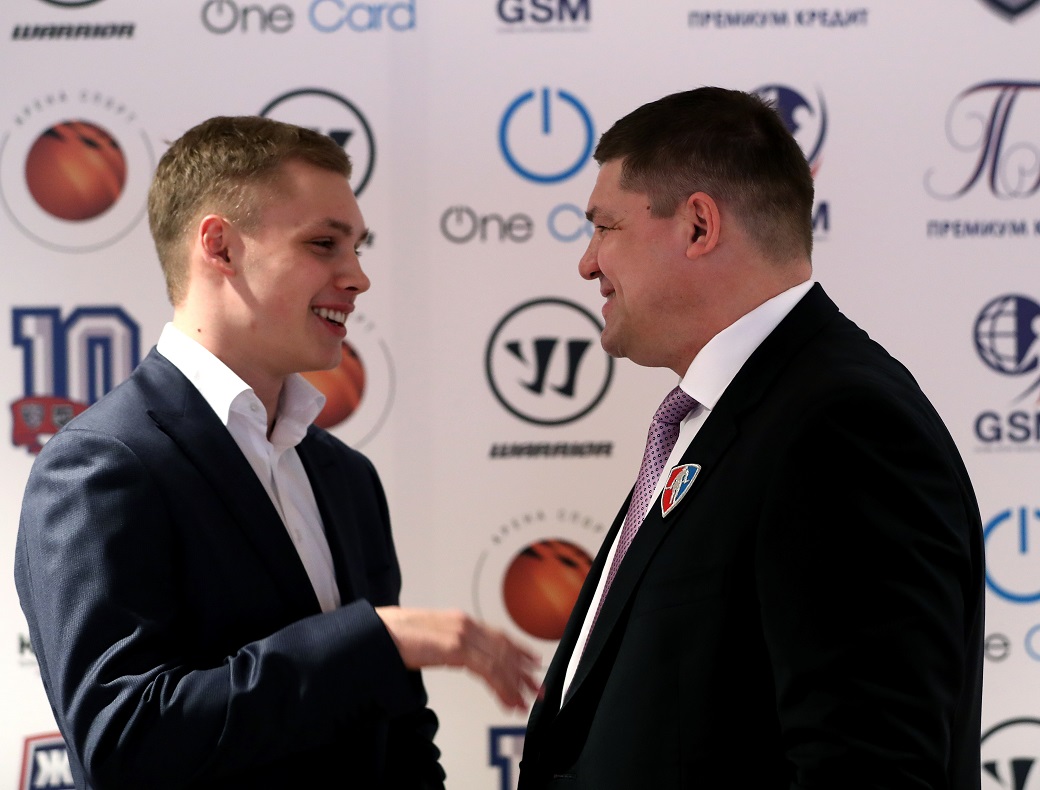 I couldn’t stop shaking as the arena was filled with fans, it was the first time for me

Nikolai Kovalenko’s latest six months have been incredibly busy. He debuted in the KHL, played in the Gagarin Cup playoffs against Torpedo and SKA, won the Kharlamov Cup in the JHL, was drafted in the NHL by the Colorado Avalanche, skated in the Junior Club World Cup. So many events can make you dizzy.

Kovalenko had his first game in the KHL on February 27, 2018, when Lokomotiv played an away game against Spartak Moscow. Dmitry Kvartalnov gave him 11 minutes on ice, but Kovalenko did not manage to score any point. Moreover, he was then iced during the playoffs, where he didn’t disappoint. Goals arrived with the new season. A game to remember was the Lokomotiv clash with Sibir when he scored a great diving goal from the slot to give the Railwaymen a comfortable 2-0 lead. He also scored a double against Vityaz and was later named Best Rookie of the Week.

Kovalenko worked hard this summer. First, he took part in the Sochi Hockey Open tournament with Lokomotiv, then he joined the junior team to play in the Junior Club World Cup. There, he would score a key goal in the Finals, ending the tournament with three goals and five assists.

“I couldn’t stop shaking as the arena was filled with fans, it was the first time for me,” Kovalenko remembers when asked about his first KHL game. “When you play at home, you feel more responsibility than on the road. But gradually I could cope with the excitement. After one or two shifts I quickly understood that I had to play. And of course, I took the puck of my first KHL goal, against Sibir, with me.”

In spite of being not as big as his father, Kovalenko still likes to play hard and fight for the puck. His goal against Sibir was a testament to it. “Yes, that goal confirms that you must try and shoot from any position,” Kovalenko agrees. “I didn’t expect to score. I shot, but I couldn’t see where I was aiming. But of course, every player can feel where is the net, and I was a bit lucky. As my dad said, I deserved to score that goal.”

We have the same goal: winning the Gagarin Cup

Last June, another huge event happened in Kovalenko’s life when he was drafted in the NHL by the Colorado Avalanche. During the summer camp, Kovalenko participated in an unusual firefighter training, where he helped in extinguishing a fire and rescuing people.

Kovalenko also shed some light on his pre-game rituals.

“We have a teddy bear at home, and before every game, I hit him with my punch. Of course, I won’t hit it too hard, he’s so fragile already. And also, when we get by the crease, I always stay on its right, like my father always did. What music do I listen before games? Usually, I listen to something strong, like hard rock. But I can also listen to jazz or hip-hop. It depends on my mood. In my free time, I like walking, but it happens rarely. Sometimes I go to the movies with my girlfriend. I also love spending time with my parents when they come visiting me.”

But when asked about his prospects for the current season, Kovalenko already knows the answer: “This year, we have a very young roster; our average age is under 25. But we always have the same goal: winning the Gagarin Cup.” 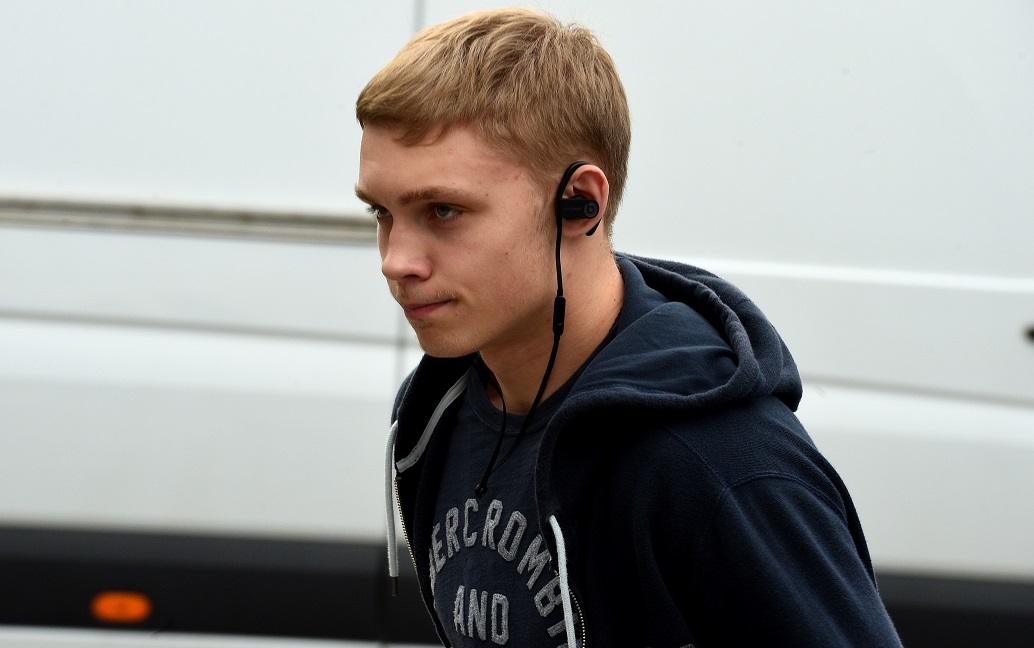