Mathew Maione has been one of the top players in the league thus far, not merely one of the best newcomers. The 27-year-old defenseman with Italian roots has been a sort of a late bloomer, having started playing pro hockey only in 2014 after four years in the Canadian university league. After graduating from the University of Prince Edward Island – and winning a gold medal at the 2013 Universiade in Italy – Maione spent the next three years in the ECHL, always posting great numbers and being awarded with Defenseman of the Year honors and named to the ECHL First All-Star team in his last season with the Wheeling Nailers.

After spending time in North American minor leagues, Maione crossed the Atlantic and had a fantastic season in Slovakia, winning the Extraliga title in Banska Bystrica and quickly becoming the league’s top-scoring defenseman. It was clear that the offensive defenseman needed more severe competition, thus he moved north to Finland, where he was named the most entertaining player in the league, scoring 15 goals and 39 points in 60 regular season games with KalPa. After the Finn stint, Maione once again decided to raise the bar, this time moving to the KHL as he joined Dinamo Riga in May.

After a handful of games, it was clear that Maione would once again become one of the league’s top talents among defensemen and his excellent stats tell only in part how significant is his impact on his team. In the KHL, the Toronto, Ontario native defenseman is fulfilling his potential, entertaining fans and scoring a lot of points playing a pivotal role for his team. After 14 points, he scored 18 (4+14) points and is one of the best players in Riga along with Swede Linus Videll. Even if Maione is having a great season, there is still room for improvement as his goals mostly come with the man advantage and he is on a negative rating, for now, being minus-6. But anyways, also because of Maione, this year Dinamo has much better chances to get to the playoffs if compared to the latest few seasons. 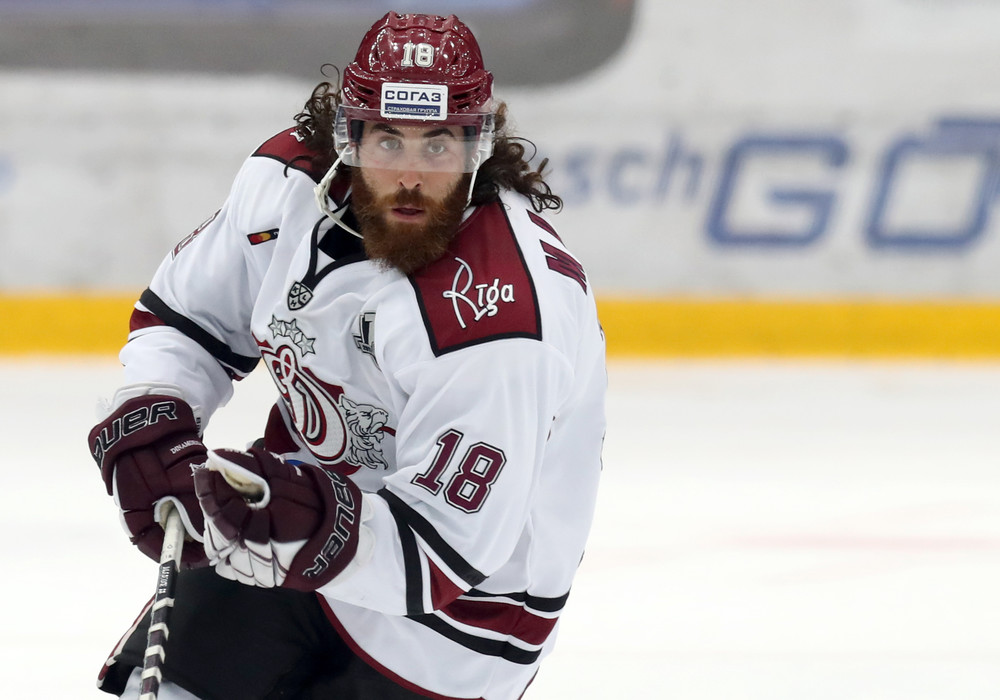 Patrice Cormier is having a tremendous first season outside of North America playing for Barys Astana, demonstrating that he can compete at a very high level also in a new and different environment. A contemporary of Maione, Cormier had a more traditional career path, trying multiple times to win a full-time spot in the NHL after being drafted by the New Jersey Devils in the second round of the 2008 NHL Entry Draft. After starring in the QMJHL, mainly with the Rimouski Oceanic and winning a WJC gold medal in his native Canada, he moved up to pro hockey and started playing in the Atlanta Thrashers system, getting there within the famous trade that brought Ilya Kovalchuk to the Devils.

Cormier spent the next eight seasons oscillating between the NHL and the AHL, ending up with 52 games played in Atlanta and then in Winnipeg after the team relocated in 2011. Cormier had more success at the AHL level with the Manitoba Moose, especially in the latest three seasons, where he served first as an alternate captain, then as a full-time captain for the Jets affiliate. Turned 28, he decided to pursue a career in Europe and signed a one-year deal with Barys in July.

Since his first few games in the capital city of Kazakhstan, it was clear that the Quebecois forward would be a massive part in Barys’ 2018-2019 campaign as the team tries to get back to the playoff after a disappointing season last time around. Cormier is successfully centering the team’s second line, playing side to side with Sweden Andre Petersson and local star Roman Starchenko, playing more than seventeen minutes a game and being a significant player in most of the game situations. Thus far, Cormier has 14 (7+7) points in 13 games. Barys lost many players since last year, like captain and top-scorer Nigel Dawes, but with Cormier, Curtis Valk, and Andre Petersson, the Kazakh team is not regretting about it. 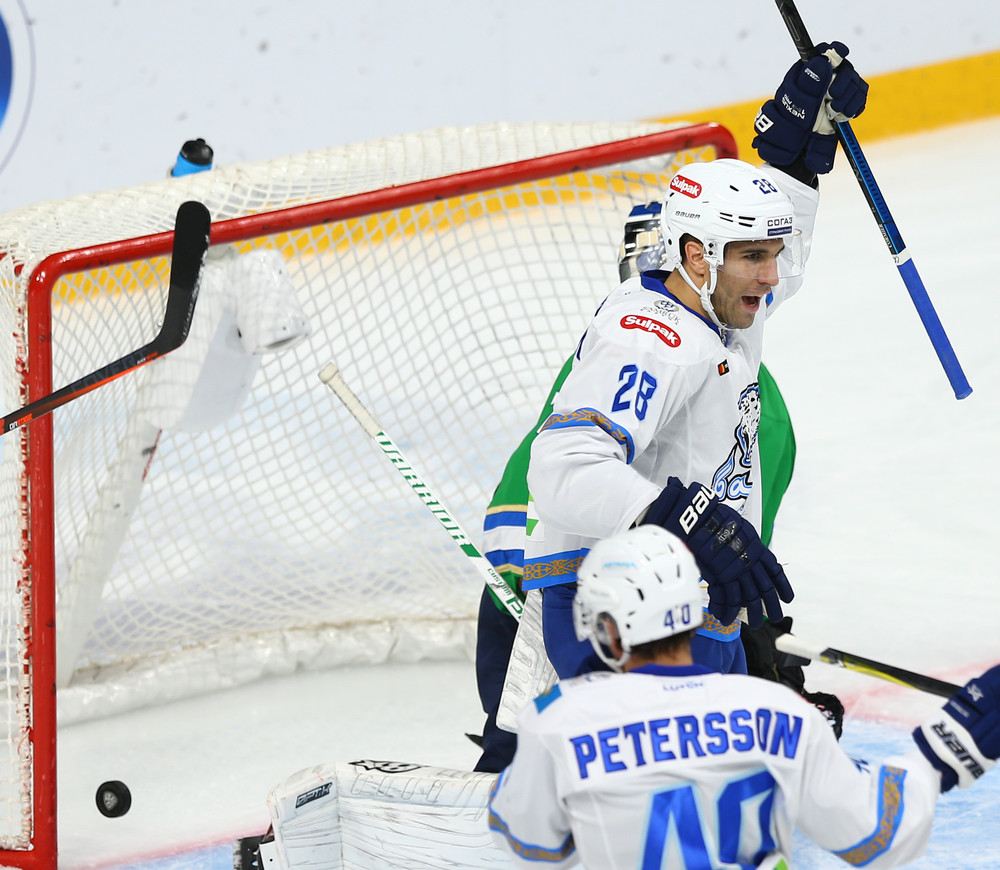 If Neftekhimik is off to a good start, a big part of the merit is to be given to its foreigners. The scouts did a great job in the Finnish Liiga, and the team is now reaping the fruits of such a great job as the team is now in a good fight for the playoffs in the Eastern Conference. The best in the Nizhnekamsk’s wolf pack currently is Juuso Puustinen. Often playing alongside with fellow countrymen Mikael Ruohomaa and Joonas Nattinen – with whom he has developed good chemistry playing for JYP in the top Finnish league – he is traveling at point-per-game speed with eight goal and thirteen points in fourteen games.

But this is indeed not the first high-scoring year in Puustinen’s career. He was always a high-scoring player, and he showed this ability also in the WHL, scoring 124 points in as many games in two seasons with the Kamloops Blazers. He had another stint in North America, a few years later, playing in the AHL with the Milwaukee Admirals. After getting back from the US, he played four years in Helsinki, with HIFK, then moved north to Jyvaskyla for the 2017-2018 season. He had a great season with JYP, becoming the second top-goalscorer in league with 30 goals – only two goals behind Charles Bertrand, who signed with Sibir this summer. Last year was good not only on a personal level, as he could celebrate with JYP a historic triumph in the Champions Hockey League.

After such a great season, Puustinen signed a one-year deal with Neftekhimik in May. He is leading the team in goals, even-strength goals, shots, and shots per game. The Nazarov’s team has now great chances to get to the postseason, and their Finn connection is a big part of their success. 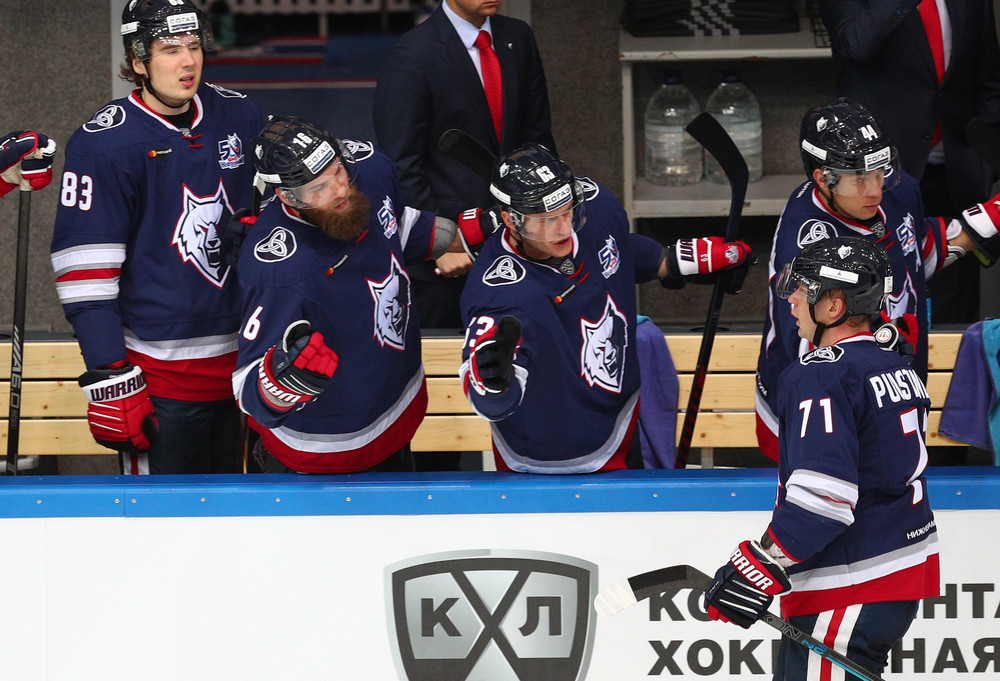 Sibir didn’t start the season in the best possible way, but a thing is sure: the Novosibirsk team knows how to develop talents. In Sibir played not only Vladimir Tarasenko, but a significant number of other leading KHL players like Maxim Shalunov, Dmitry Kugryshev, Joonas Kemppainen, and Patrik Hersley, just to name a few. This year, Sibir is on the bottom of the standings, but this situation usually allows for youngsters to play and Novosibirsk is no exception, as some young players are already starting to make a name for themselves.

The best of the group this year so far has been Nikita Mikhailov. The 20-year-old forward is at his third year in the Sibir system, after spending seasons in Samara and Kazan, but is at his first call-up at the KHL level. The young forward is delivering, with six goals and eight points in sixteen games – excellent numbers for a player of his age and in a team that struggles to score. Mikhailov is leading the team in goals, points, and shot percentage, playing a mere thirteen minutes a night.

Just as most of the other young players, Mikhailov needs to be more consistent, but he certainly showed to have all the tools to become an impact player later in his career. Sibir’s season will hardly be considered as a success, but the team’s prospects in a pipeline, players like Mikhailov, Nikita Shashkov, and Pavel Tkachenko, are showing that the future may be different for them. If things turn out well with this new wave of young players, KHL fans will have an excellent chance to see Sibir going deep in the playoffs again. 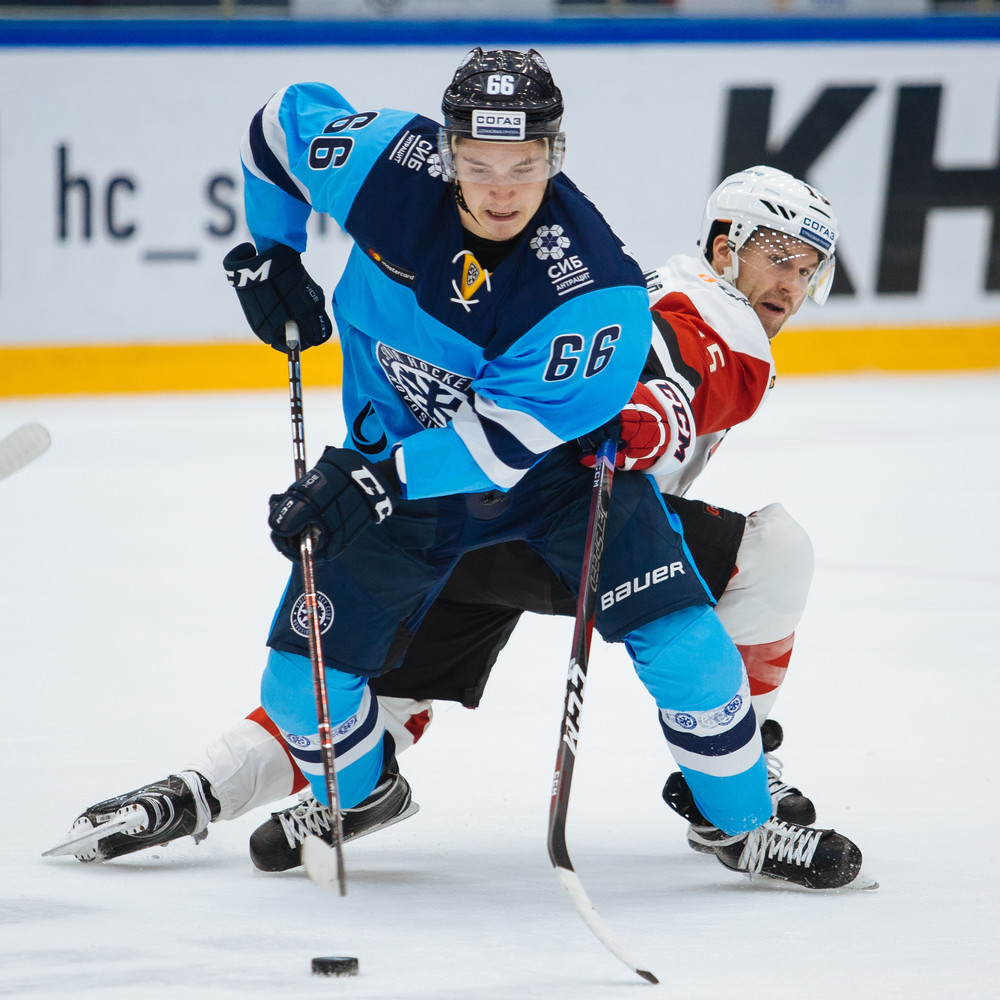 Torpedo Nizhny Novgorod changed a lot since last year, and they not only changed the head coach and many players, but they even swapped Conference, playing in the East this year for the first time since 2014. However, in spite of the many changes, Torpedo had a promising start of the season, and this is also due to the excellent performance of the new foreign players. Andrew Calof and Andy Miele have been both good for the Nizhny Novgorod-based team, but the best thus far has probably been Swedish defenseman, Philip Holm. A native of Stockholm, Sweden, Holm played most of his career with Djurgardens, where he played at both SHL and Allsvenskan level.

However, oddly enough, Holm had his best season in Sweden only after changing team: in the 2016-2017 campaign he had 21 (4+17) points in the regular season, ending with a league-leading plus-24 and earning a ticket for the World Championship in France and Germany, where he helped Sweden getting back home with the Gold. Such a strong play could not go unnoticed, and as a result, he signed a one-year deal with the Vancouver Canucks. He would end up playing only one game in the NHL, though, being demoted to the AHL and then traded to the Vegas Golden Knights. With little prospects to have another legit shot in the NHL, the Swede decided to get back to Europe and signed a contract with Torpedo Nizhny Novgorod last July.

In Nizhny Novgorod, Holm started with a bang with an incredible long-range, high-height pass to unleash Denis Parshin on a blistering breakaway in the first game of the season against no less than SKA St. Petersburg. But of course, Holm hasn’t just been a one-game wonder, he’s leading all Torpedo defensemen in assists, points, average time on ice, and shots blocked. The Swedish defenseman is bringing a solid two-way game to Nizhny Novgorod, and if he and the team keep on playing that way, they can become the team that everyone wants to avoid in the Eastern Conference playoffs. 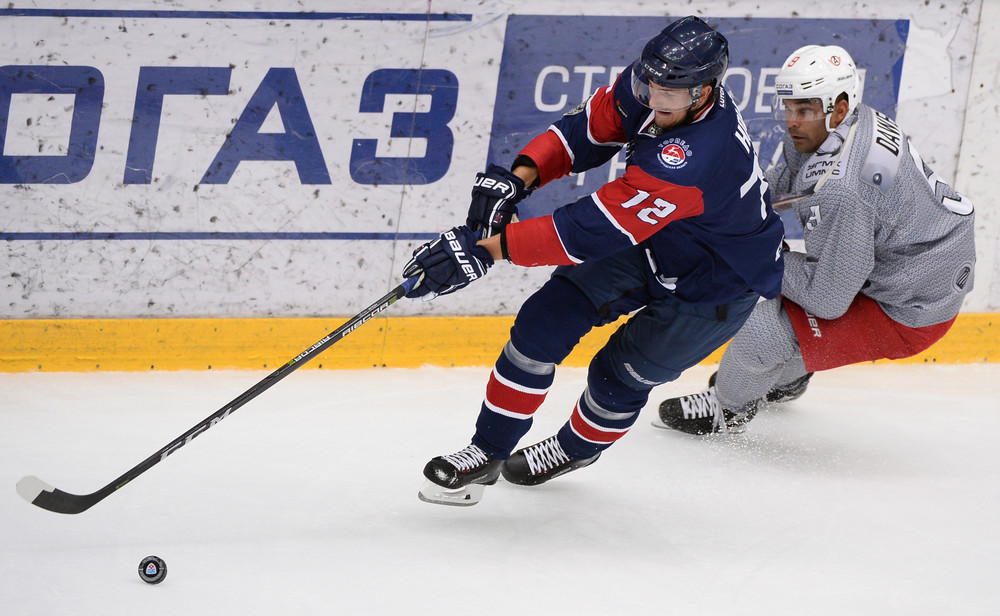