Not many KHL clubs have provided players for the USA’s World Championship teams, nor for Korea’s Olympic campaign. Neftekhimik’s imports have had a hand in both.

With four full seasons at Neftekhimik, this Minnesota native fired his way to second place in the club’s all-time KHL scoring chart. Dan Sexton is just 10 points behind Igor Polygalov but reached his total in fewer than half as many games. The 32-year-old joined the club late in the 2013/14 campaign, which he began in Finland. That was his first season outside of North America, where he made 89 NHL appearances for 32 (13+19) points with Anaheim. His first look at Neftekhimik was a settling in period; his first full season was a triumph. Sexton powered to 47 points in 49 games and earned a call-up for Team USA’s World Championship roster in 2015. That’s a rare distinction for an American player, with USA Hockey tending to favor home-based players over guys who moved to Europe. After helping his country to bronze in Prague, Sexton played three more seasons with Neftekhimik, continued to score consistently and made his All-Star debut in 2017. Last year he moved to Avtomobilist where the points kept coming. He’s due to continue in Yekaterinburg in the coming campaign. 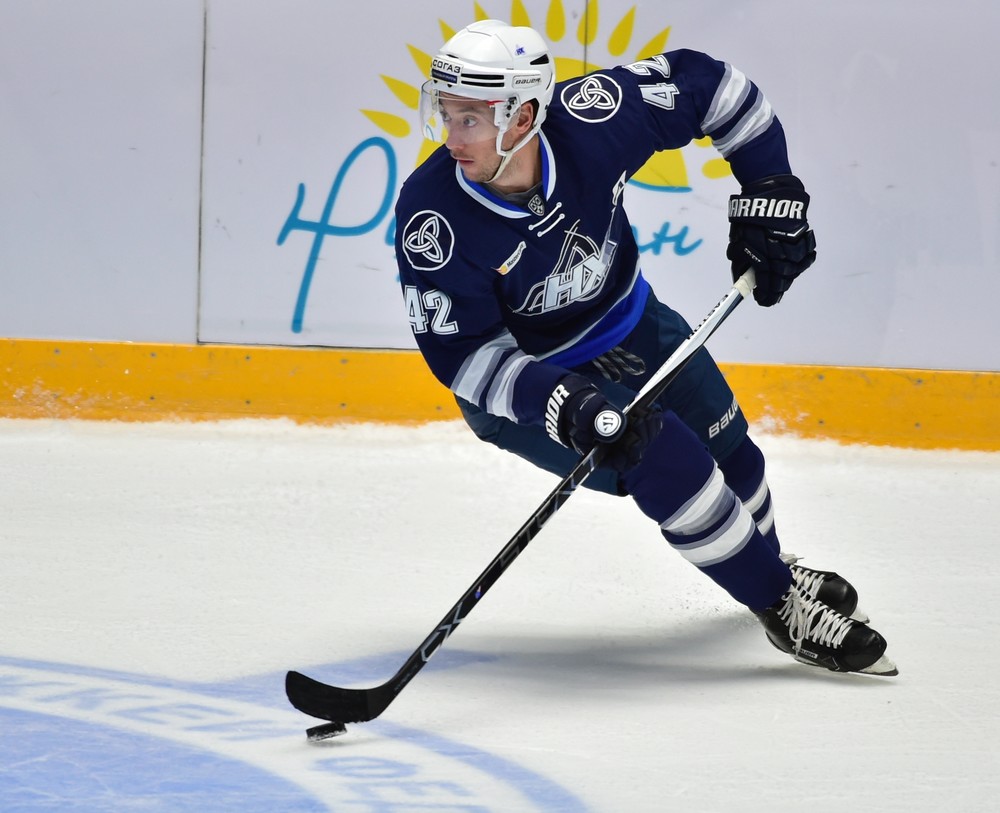 Matt Dalton’s two seasons in Nizhnekamsk didn’t make a huge impression at the time. His greatest distinction was picking up the Best Goalie prize in the short-lived Nadezhda Cup, a consolation tournament for teams that didn’t make the playoffs. That accolade came in 2014 but was rather lost in the excitement of an Olympic year and a dominant Russian performance at the World Championship. However, Dalton’s KHL experience was a great stepping-stone to an unlikely international career. After leaving Tatarstan, he joined up with Anyang Halla in Korea. Impressive in the Asia League, he soon established himself as the starting goalie for Korea’s national team and represented his adopted nation at the 2018 Olympics. Among the opponents his faced in PyeongChang was former Neftekhimik team-mate Oskar Osala. Dalton, now 32, is still playing Korea; his story highlights the diverse opportunities that can open up for players who come to the KHL. 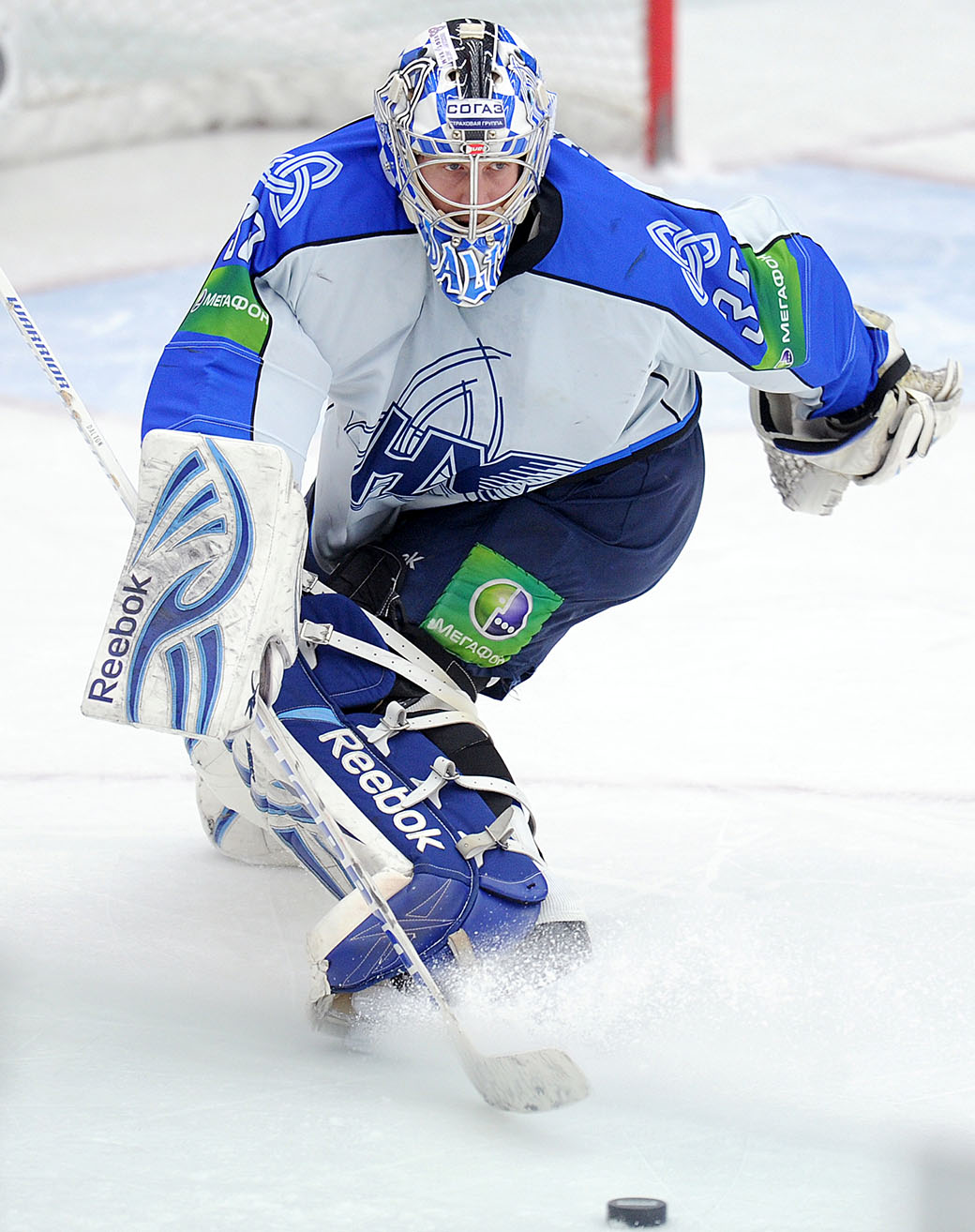 Tomas Starosta, now 38, played more games on defense than any other import at Neftekhimik in the KHL era – but his association with the club dates back way before the league was established in 2008. The Trencin-born blue liner left his home-town club midway through the 2004/05 season to sample life in the Russian Superleague – and he found Nizhnekamsk was very much to his liking. So much so that he remained until 2010, completing three full seasons in the Superleague and two more at the start of the KHL. As a ‘stay-at-home’ defenseman, Starosta’s effectiveness is not well measured by his scoring stats; better to focus on his consistent positive scores on the plus/minus co-efficient and his role in the 2009/10 team that took Neftekhimik further than any other in the playoffs. After that season, Starosta left Nizhnekamsk and went on to play for Salavat Yulaev, Ugra and Slovan in the KHL before returning to Dukla Trencin, where he continues to play. 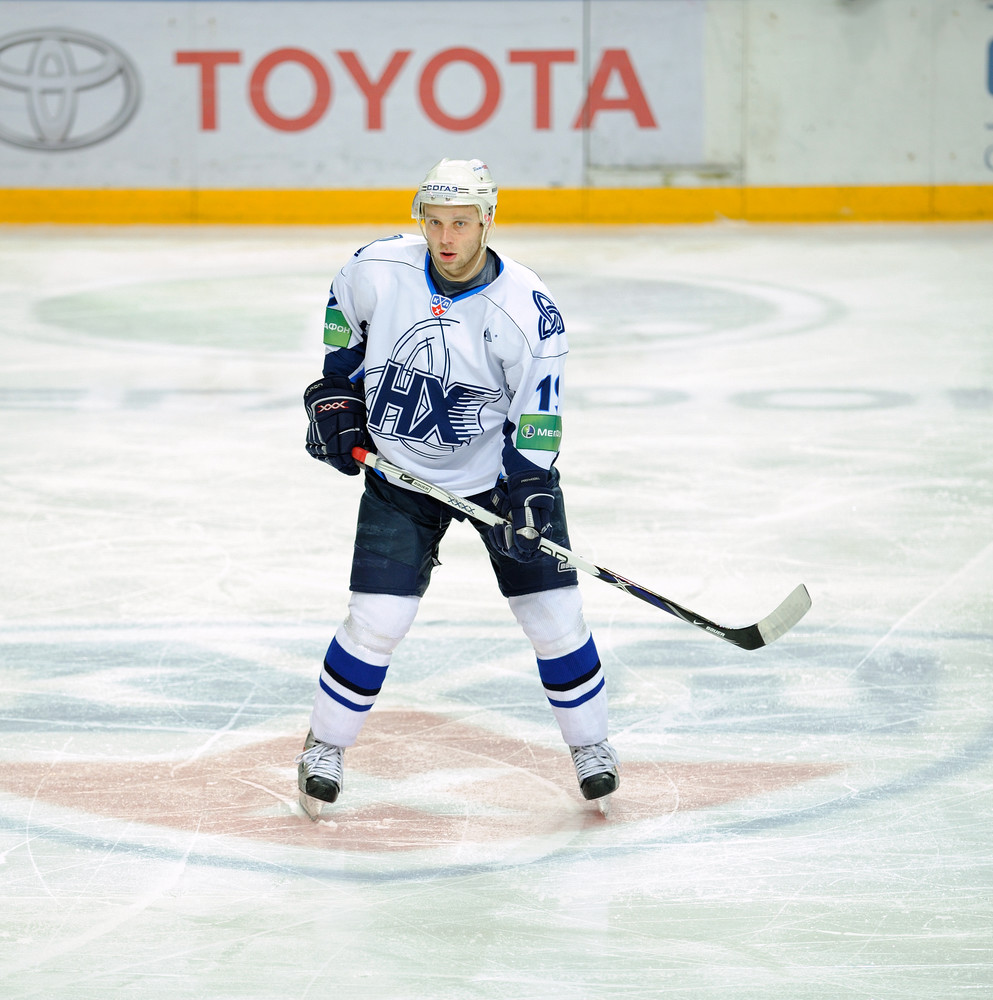 If Starosta was a key figure on defense in the 2010 playoffs, Niklas Persson was Neftekhimik’s go-to forward in that campaign. The Swede topped the regular season scoring for his team that year with 38 (13+25) points in 55 games as the team finished third in the Kharlamov Division. In the playoffs, his scoring dried up – just one assist in seven games – but he still played a part in taking the team to the second round of post season for the only time in the KHL era. Persson remained for another season, but neither he nor Neftekhimik could match its performance of 12 months earlier; the team bowed out in the first round of the playoffs, but only after taking Avangard all the way in that series. During his time in Nizhnekamsk, Persson picked up two World Championship medals with Sweden. After leaving the club he had two seasons at CSKA before moving on to play in Switzerland and back home in Sweden. Last season the 40-year-old got his skates on once more to play a couple of games in the Swedish second league for Mjolby. 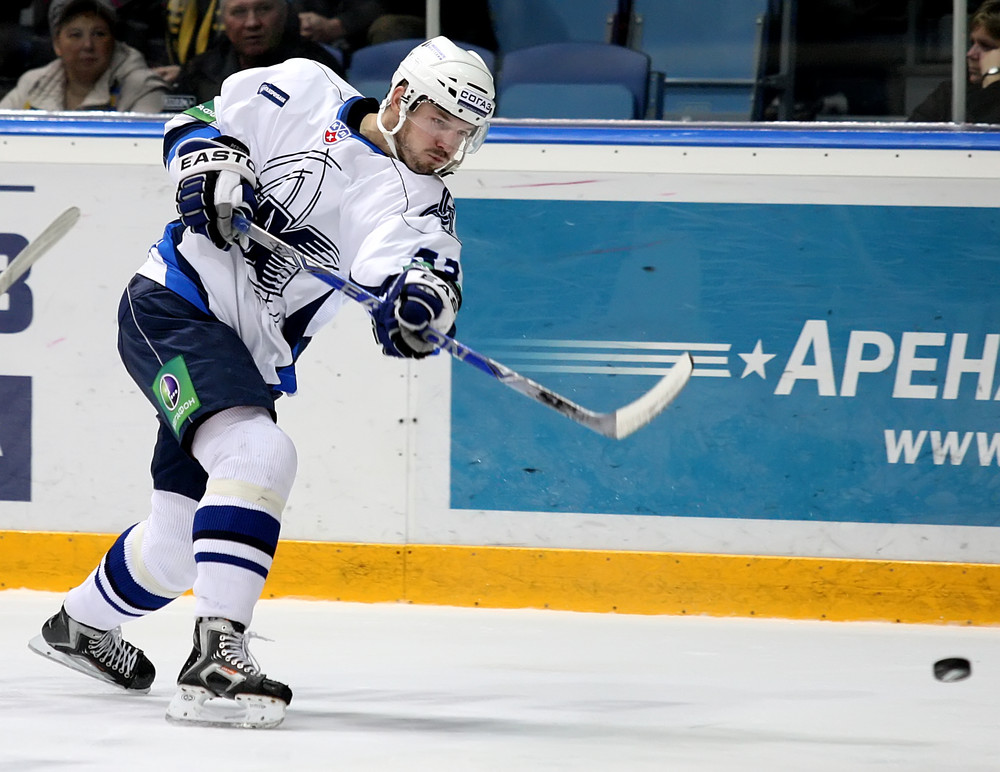 Recent seasons have seen a high turnover of imports at Neftekhimik. Czech forward Andrej Nestrasil bucked the trend by getting an invite for a second year with the club. The Prague native arrived for the 2017/18 campaign with something of a point to prove: having played 128 games in the NHL, he looked to be on the point of establishing himself with the Hurricanes, only to find himself shunted down the depth chart in 2016. That encouraged him to return to Europe and Neftekhimik benefited. With 30 (10+20) points in 50 games, he was a solid contributor alongside Sexton as Andrei Nazarov’s team repeated the club’s best-ever KHL regular season finish (9th overall) and made the playoffs for the sixth time. Nestrasil also got a World Championship call-up for his efforts, the first time he’d been invited to represent the Czechs a major international tournament as an adult. However, his second season was tougher for all concerned: fewer points from more games on a team that missed the playoffs. At present, the 28-year-old has yet to commit to a club for the coming season. 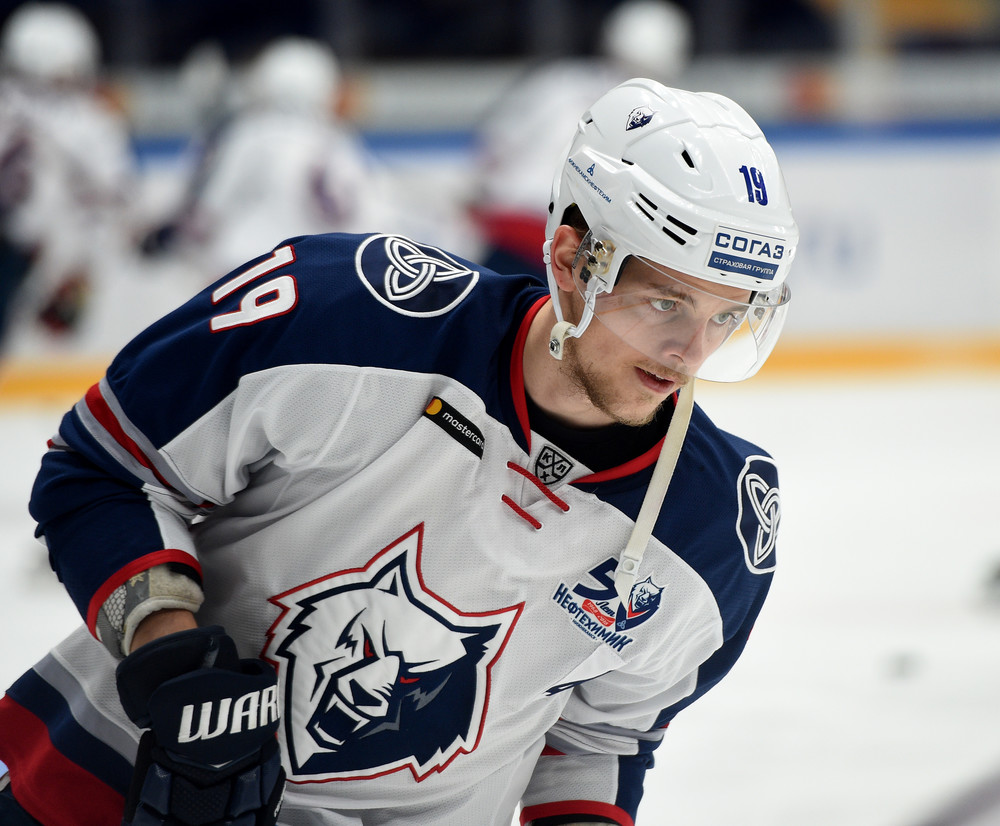