Ovi in China, MacTavish starts well with Loko – the KHL week in review

The first pre-season tournaments got underway last week. In China, Alexander Ovechkin was guest of honor at Kunlun Red Star’s Renaissance Cup, while in Sochi Craig MacTavish got off to a winning start in his new role with Lokomotiv. Elsewhere, new arrivals Antti Niemi and Garet Hunt shared their thoughts on starting in the KHL, while Oleg Znarok sounded a warning to Spartak’s rivals this season.

Kunlun Red Star is staging its first ever pre-season tournament in Beijing – and Alexander Ovechkin was guest of honor on Sunday. The Russian star is visiting China to help promote hockey in the build-up to the 2022 Winter Olympics and his trip coincided with the Renaissance Cup action. The Great 8 performed the ceremonial face-off ahead of a game between a Kunlun Red Star Select roster and VHL team ORG Beijing. The Red Star roster, almost entirely comprising Chinese and Chinese heritage players, won 8-4 with Beijing-born Rudi Ying scoring a hat-trick. 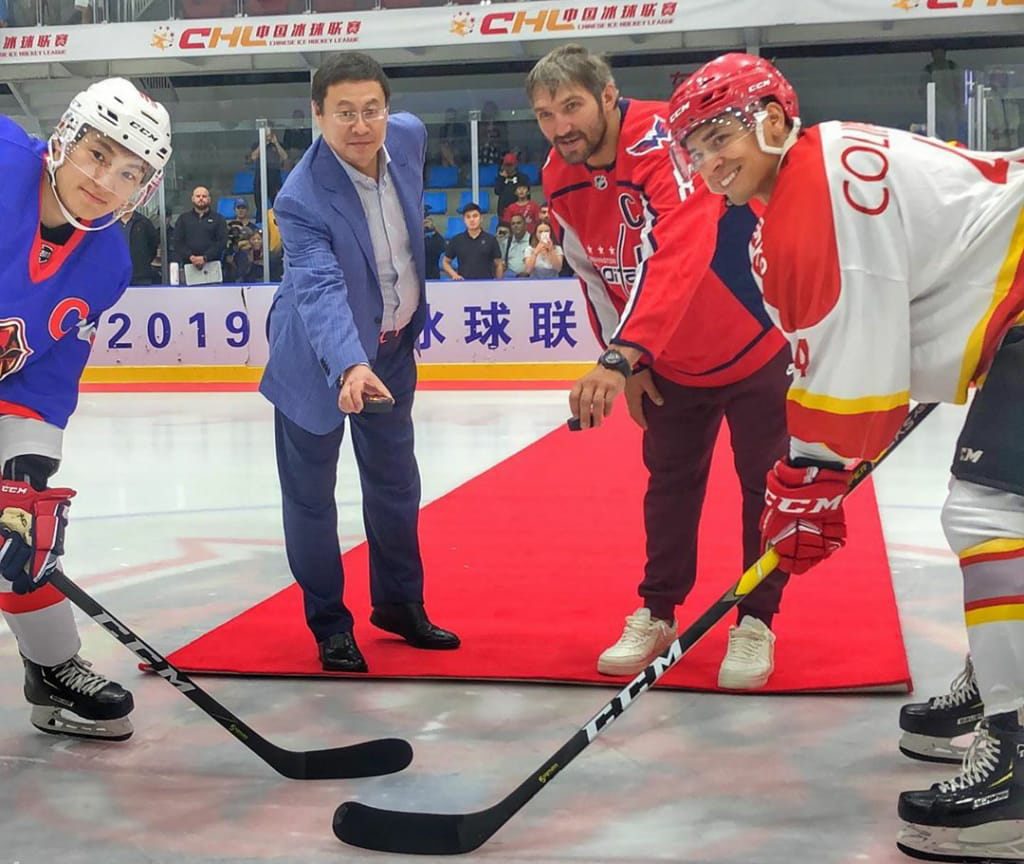 Return of the tough guy?

Long before Red Star rose in China, Vityaz earned a reputation as something of a goon show after hiring a string of North American enforcers who spent more time in the sin bin than scoring goals. That time is long past – but their legacy lives on. Garet Hunt, a new arrival in Beijing, is well known for his fights with the likes of ex-Vityaz players Trevor Gillies, Josh Gratton and Joe Mirasti. In an exclusive interview with KHL.ru, Hunt – who has Chinese ancestry and could form part of the Olympic roster – admitted that one of his old foes had helped him decide to head east. “Trevor is a really nice guy, I talked to him and he said they had a good experience over here,” he said. “They all had nothing but good things to say about the KHL and that made the decision even easier. It’s pretty funny, all those guys I used to fight with came, and now I’m here.” 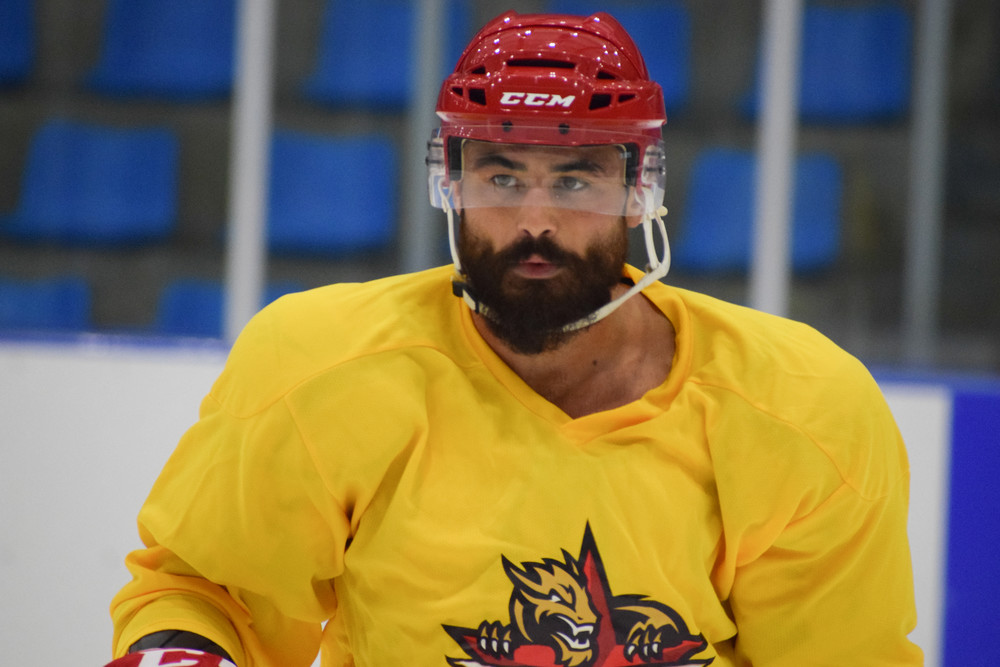 After working with Russia’s best players at SKA and on the national team, Oleg Znarok’s new job at Spartak is rather different. The Red-and-Whites typically face a battle to secure a playoff spot, rather than go into the season anticipating a serious tilt at top honors. However, Znarok has upset the odds before – remember his MVD team that took Ak Bars to seven games in the 2010 final? – and he’s not settling for second best in his new job. In an exclusive interview with KHL.ru last week, the champion coach insisted: “There’s no room for ‘easy come, easy go’ on my teams. [GM] Alexei Zhamnov said recently that nobody would be happy with losing in the first round of the playoffs. That goes for me too.” 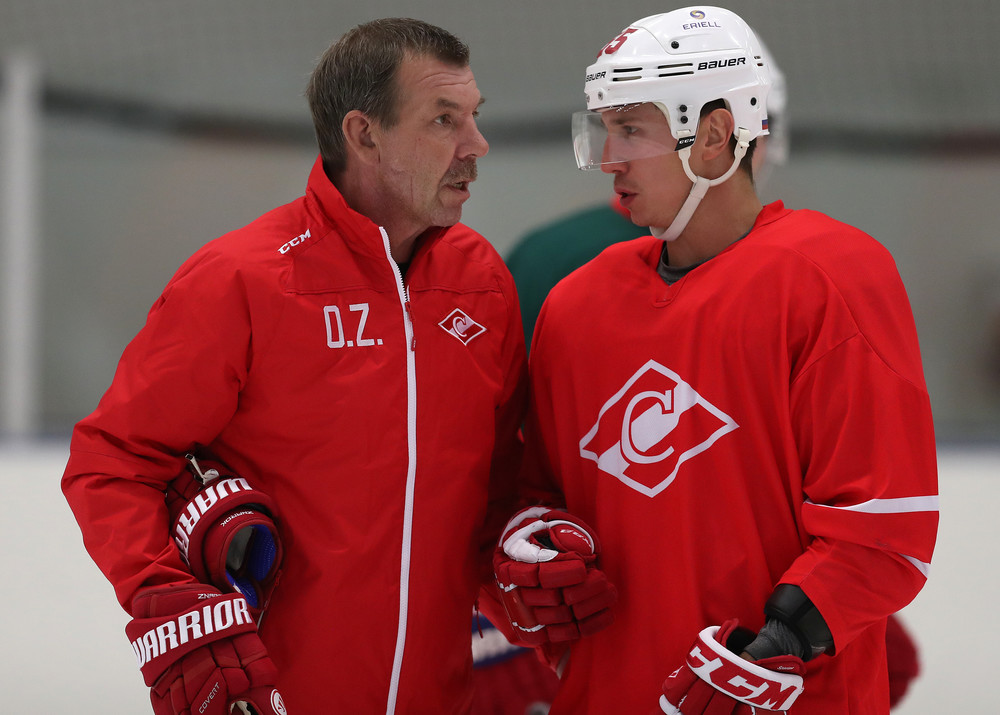 Oilers legend Craig MacTavish is taking on a new role as head coach at Lokomotiv this season. He made his first appearance with the Yaroslavl club at the Sochi Hockey Open – and celebrated with a 3-1 win over Avangard, last year’s Gagarin Cup finalist. Ty Rattie, signed from Edmonton, scored his first goal for the club while former Oiler Anton Lander had two assists. Incoming Ak Bars head coach Dmitry Kvartalnov also got off to a winning start, albeit in more modest surrounding against VHL team Neftyanik Almetyevsk, but Alexei Kudashov’s first game with SKA ended in a 2-1 loss against HC Sochi. 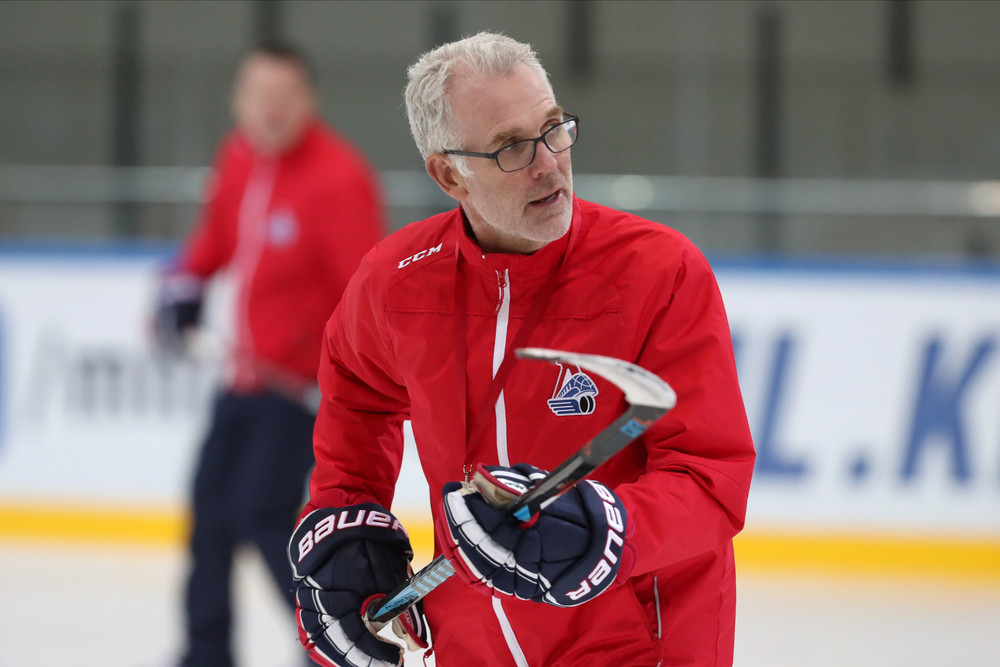 Jokerit’s new goalie Antti Niemi is looking forward to renewing acquaintance with the Hartwall Arena in his new role. The Finn grew up on the outskirts of Helsinki and remembers the opening of the stadium and his childhood dreams of playing there. That came true – and now he’s eager for more. “I finally got to play there: my third game in the NHL, it was in October 2009, was played right here. Those are memories I’ll carry with me forever, especially because my Chicago team won against Florida that night and I had a shut-out. I hope the new season with Jokerit will bring more special memories,” he said in an exclusive interview with KHL.ru. 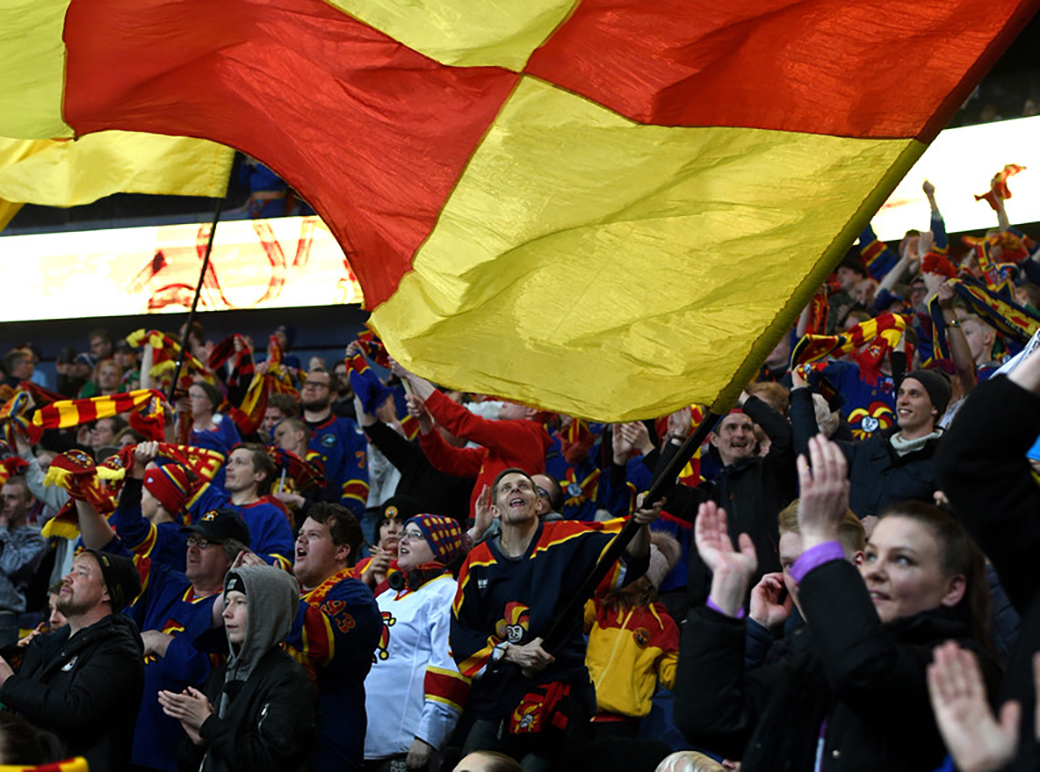