Broader horizons – the KHL wins fans in Shenzhen and Almaty

The opening weeks of the 2019/20 season brought the KHL to two new cities. Kunlun Red Star began its campaign with six games in Shenzhen, the southernmost city ever to stage pro league action, before Barys went to Almaty, Kazakhstan’s second city.

Red Star’s move was caused by the unavailability of its regular home arena in Beijing due to celebrations of the 70th anniversary of the People’s Republic of China. So the team headed south to Shenzhen, one of the world’s fastest-growing cities.

It’s a destination that has much in common with Sochi. Far to the south of the country, close to Hong Kong, Shenzhen is more noted for a tropical climate than winter sports. But, in 2011, it hosted the Universiade and acquired a range of top-class sporting facilities. More recently, it has been home to the KRS Vanke Rays women’s hockey team that played two seasons in the Canadian Women’s Hockey League before joining the Russian ‘Zhenskaya Khokkeinaya Liga’ this term.

More importantly, though, it’s a very new city. In the late 80s it was little more than a fishing village, but after its reinvention as a Special Economic Zone in 1990, Shenzhen has developed rapidly. A kind of Chinese Silicon Valley, it has attracted a young, educated demographic that boosted the population beyond 10 million. And these are people eager for new experiences – such as big league hockey.

The Dragons’ visit proved to be a big success. The team set three attendance records. First, a crowd of over 6,000 for a 1-0 victory over Barys set a new regular season mark. Then came the final weekend, with back-to-back games against Traktor coinciding with the popular Chinese autumn holiday. Saturday’s crowd of 7,716 beat Red Star’s all-time attendance record; 24 hours later, the bar was raised still higher as 8,115 saw Kunlun come from behind to defeat Traktor 2-1. Across the six games, the average attendance was an impressive 5,533, while the Vanke Rays began its Women’s Hockey League season with a 3,000+ crowd and set an all-time record for that competition.

“I’d like to thank the KHL for giving us the opportunity to stage these games in Shenzhen,” said Dragons’ head coach Curt Fraser. “Thanks also to our opponents – Salavat Yulaev, Barys and Traktor – three excellent teams who came here an put on a real show for the public.

“It was our chance to show the world how hockey is growing in China. Another beautiful city has got to see the KHL.”

The move also won the approval of the players. Wojtek Wolski, whose two goals in our 4-3 win over Salavat Yulaev moved him to 100 markers in his KHL career, liked what he’d seen. “It’s great, I love it. I wish we could stay here all year,” he said.

His strike partner Gilbert Brule added: “It’s nice to see that we got so many fans coming here to cheer for us, that’s been great to see.”

There were some concerns about the heat and humidity – it was up to 40C on the streets during the games against Barys, and the rainy season has arrived, resulting in some complaints about soft ice. But, as forward Olli Palola pointed out, in summer it’s always a challenge to get good ice, whether in Finland or China. And goalie Simon Hrubec had a simple way to adapt: “I’ve bought an umbrella,” he joked. “I want to be ready for anything!” 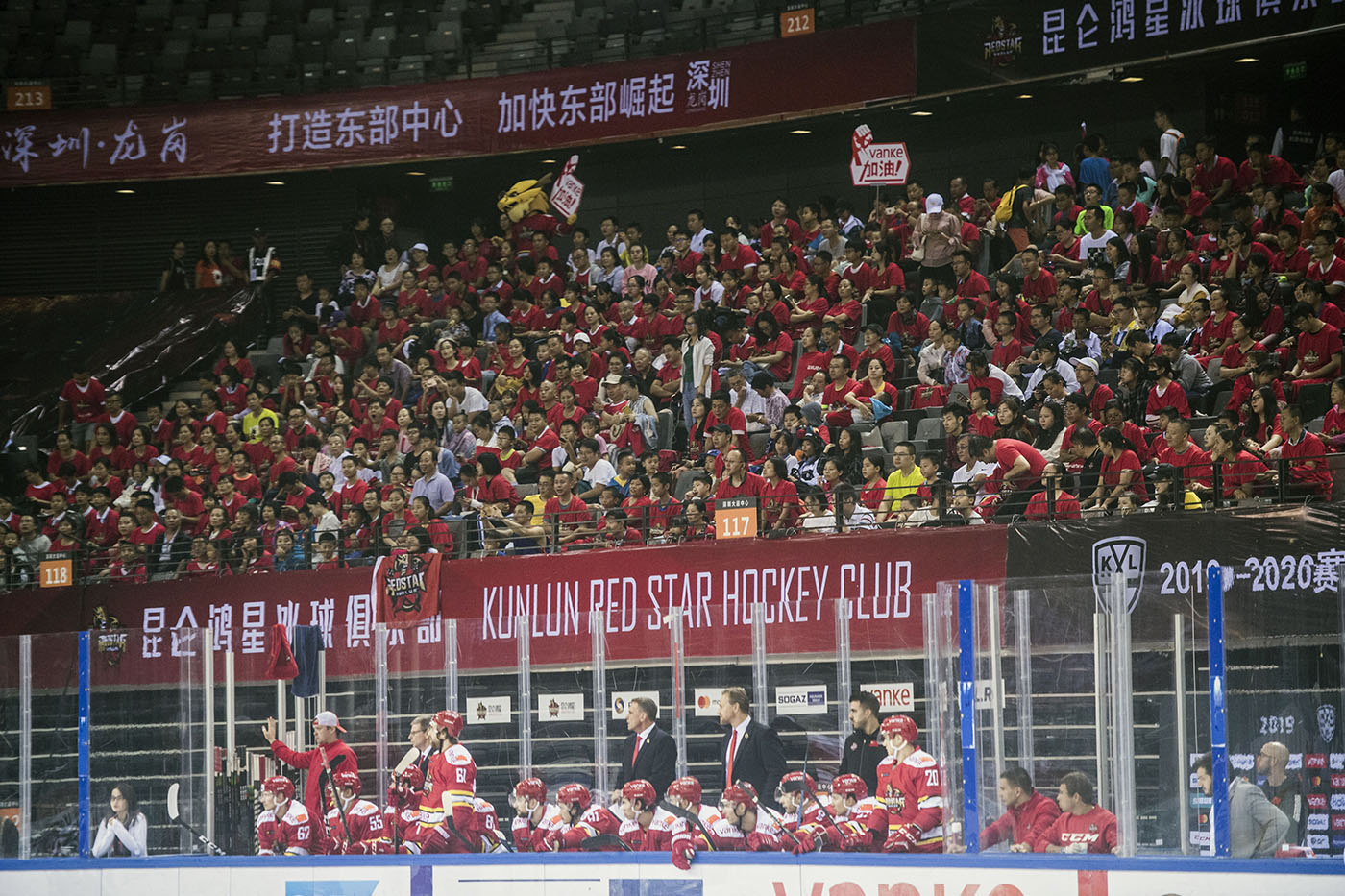 In Kazakhstan, Almaty became the 46th city to host a KHL game. The country’s most populous city, close to the border with Kyrgyzstan, is celebrating the 165th anniversary of its founding as the Russian imperial fortress of Verny in 1854. Barys, one of the biggest sports clubs in the country, travelled south from Nur-Sultan to play its part in those celebrations.

The first game was on Tuesday and ended in a comfortable 3-0 win over Spartak. Moreover, a sell-out crowd of just over 12,000 flocked to the recently-built ice arena. Opened in 2016, it was the centrepiece venue for the 2017 Winter Universiade – and had been eager for more top-level hockey ever since.

“Since we opened, we’ve staged about 150 events, but we’ve never seen this level of hockey before,” said Aysel Suleymanova, deputy director of Almaty Arena. “We’re really looking forward to it. It’s a new experience, not just for us but for the whole city. It’s great to have the KHL here while we celebrate our City Day.”

Preparations were intense: “The KHL has very strict requirements in all areas, we had to study them carefully as we prepared for the games. We hope we’ve done everything to make sure that the players and the fans will have a good experience here. There were a few things that needed some fine tuning, but we saw that the tickets to the game sold out really fast. Almaty really wants top-class hockey!”

Fans were streaming into the arena concourses more than an hour before the puck dropped, the face-painting booths and street hockey set-ups were busy throughout the day and, most important of all, Barys obliged with an impressive display to win 3-0. And the players were impressed with their temporary home.

“It was a terrific atmosphere, it’s great to play in front of fans like that,” said forward Corban Knight. “It really helps us. The tribunes were packed even for the warm-ups, even though we were here for the first time.”

Goalie Henrik Karlsson, who has played in Kazakhstan long enough to get a passport and represent the national team, admitted this was a new experience for him. “To be honest, I didn’t know what to expect from Almaty, I’d never been here before,” he said. “It was a pleasant surprise to see how well they welcomed us. It’s a great experience, I’m happy to be part of an event like this.” 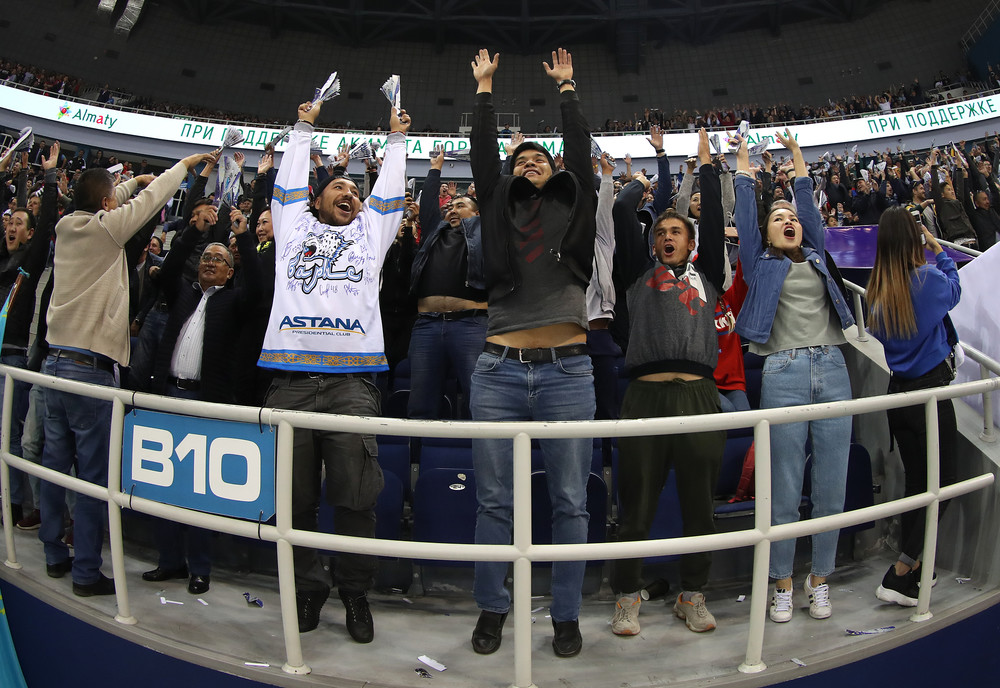 The festivities in Almaty continue today (Friday) when Barys faces Traktor with another capacity crowd expected. But that’s not the end of the KHL’s visits to unusual destinations.

Last season’s KHL World Games initiative saw regular season games played in Vienna and Zurich. Fans in Austria and Switzerland enjoyed the chance to experience what the league had to offer and the project continues in December when one of the biggest rivalries on the calendar goes to Davos, Switzerland. Salavat Yulaev will take on Ak Bar in the ‘Green Derby’ on December 23; the following week sees the Ufa team playing in the prestigious Spengler Cup in Davos, so it makes sense to add a KHL game to the trip and continue the connection between our league and Switzerland.

Jokerit is another team taking its show on the road. The Helsinki organization is hopping over the Gulf of Finland to play in Tallinn. It’s not the first time Estonia has welcomed the KHL; this season sees back-to-back games between Jokerit and Severstal on January 10 and 11. 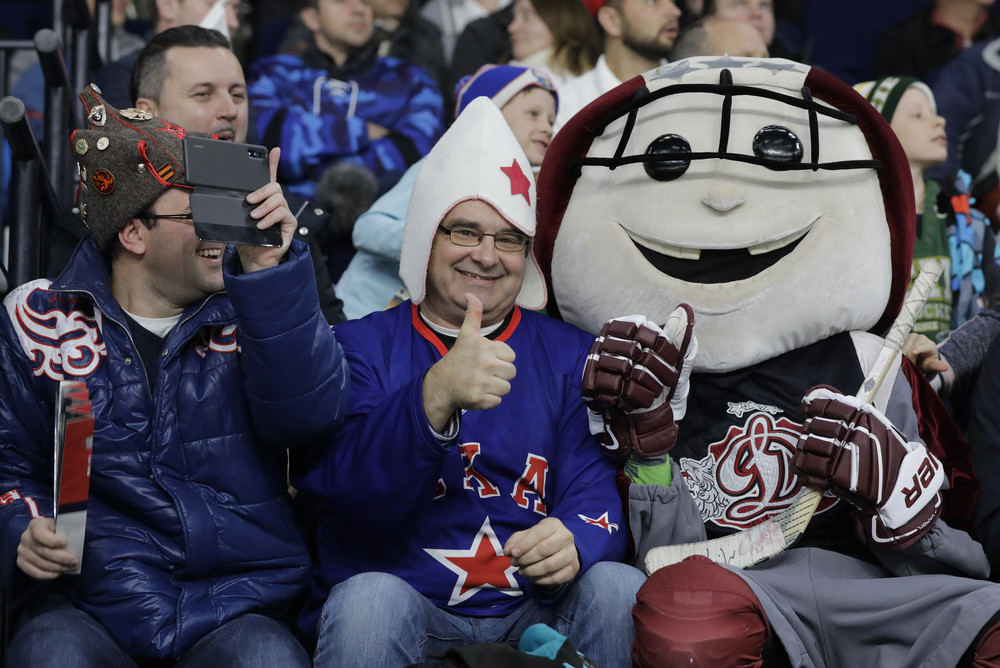