Timur Bilyalov is the man of the moment after setting a new Russian championship record shut-out sequence with Ak Bars this week. Elsewhere, Viktor the cat – too fat to fly with Aeroflot – is trying to lose weight with Admiral. SKA unearths some freescoring teenagers, while Dinamo Riga looks for fresh young forward talent and Severstal seeks experienced imports.

Ak Bars goalie Timur Bilyalov was the star of the week, compiling a run of 316 minutes, 9 seconds without allowing a goal. By the time he was beaten by Traktor’s Lukas Sedlak late in the second period of Thursday’s 4-1 win, the 24-year-old had overtaken Alexei Murygin’s record KHL shut-out sequence and moved past the all-time Russian record established by Czech netminder Jiri Trvaj with Lada back in 2004. Bilyalov, a graduate of Kazan’s hockey school, returned to his hometown team this summer after a season with Dinamo Riga. Now he is the youngest goalie ever to hold this record.

Compared with SKA’s newest goalscorers, though, Bilyalov is almost a veteran. Head coach Alexei Kudashov continues to give youth a chance with the Army Men, just as he did so successfully in his previous job with Lokomotiv, and 19-year-old Kirill Marchenko and Danila Galenyuk have seized that chance. Both players potted their first KHL goals in last week’s 3-1 win at Amur. Galenyuk went on to collect two assists in SKA’s overtime win at Red Star, while Marchenko scored the decider in that 3-2 success. On this evidence, the youngsters could have a very bright future ahead of them.

Another exciting young prospect, Kirill Slepets, is settling into life at a new club. The Lokomotiv graduate was a star of Russia’s bronze-medal roster at last year’s World Juniors and also celebrated his first KHL goal in that campaign. However, under Craig MacTavish and now Mike Pelino, he was out of the first-team picture at Loko. Strong scoring in the VHL (15 points in 21 games for Buran Voronezh) attracted the attention of goalshy Dinamo Riga and the 20-year-old Hurricanes draft pick is part of a new-look forward line in Latvia. He’s joined there by two Avtomobilist men, Nikita Setdikov and Alexander Protapovich, both emerging talents looking for ice time to make their mark. 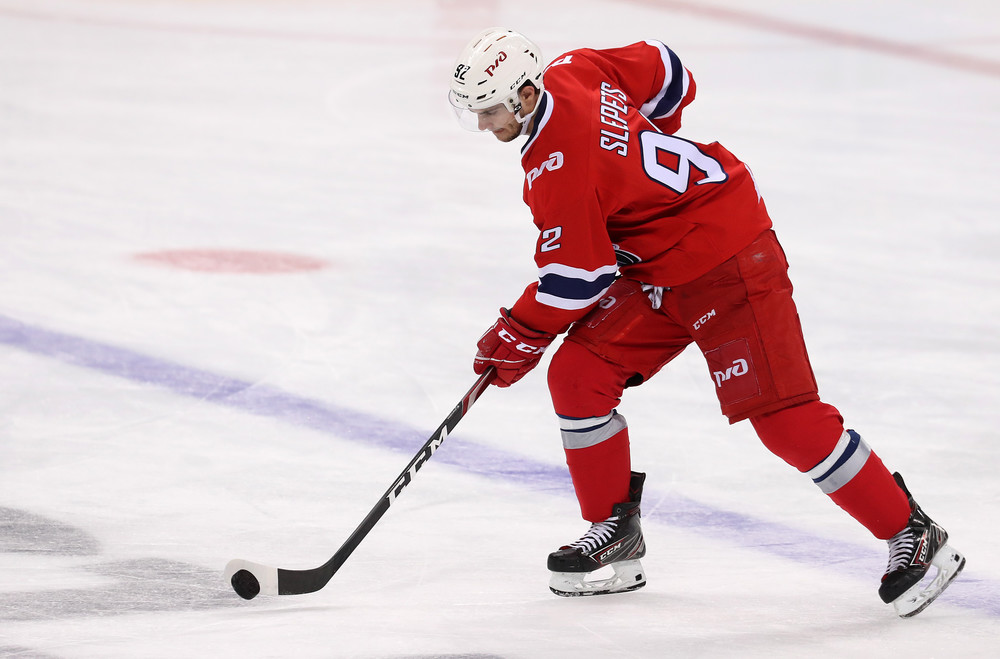 Severstal, currently struggling at the foot of the Western Conference, brought in two new imports last week. Both players are familiar to KHL followers: Geoff Kinrade arrived to replace Libor Sulak on defense, has almost 200 games in the league, included 17 for Severstal last season. The 34-year-old helped Binghampton win the Calder Cup in 2011 before continuing his career in Europe. Forward Kyle Chipchura, last seen at Slovan Bratislava, is also back in the league. A center with solid NHL experience at the Coyotes, the 33-year-old teams up once again with young Adam Liska, another ex-Slovan forward now in Cherepovets.

Kunlun Red Star’s latest home stand brought mixed results, with the team taking three points from three games against Jokerit, SKA and Metallurg. However, the Chinese outfit succeeded in getting its first ever point against SKA during an overtime loss on Friday, recovering from 0-2 to tie it up. Then the Dragons followed up on Sunday with a first ever victory against Magnitka in regular season.

Viktor the cat from Vladivostok made international headlines when he was denied boarding on an Aeroflot flight home from Moscow for being overweight. Owner Mikhail Galin came up with an elaborate scam to get the kitty on board for the eight-hour trip only to fall foul of the airline’s rules. So Viktor is now on a crash diet – and has headed to Admiral in an attempt to lose some weight. There, he quickly charmed fearsome assistant coach Nikolai Pronin.