KHL.ru unveils new records hit in the twelfth week of the regular season and November's top performers according to the data gathered by microchips and smart pucks.

Yermakov: the best in November

In November, the author of the hardest shot was Sibir's blueliner Andrei Yermakov. Facing Torpedo on a powerplay stint, his slapshot recorded 166,7 km/h (103.58 mph). Last week's hardest shot was Spartak's Andrei Kuteikin, with 164.9 km/h (102.46 mph), which was also good for second place in November. For now, the best shots belong to Sergei Tereshchenko, with 168.9 km/h (104.95 mph), and Stepan Zakharchuk, with 168.5 km/h (104.70 mph) – both occurred in September. Yermakov's slapper was the third-best result of the season so far. 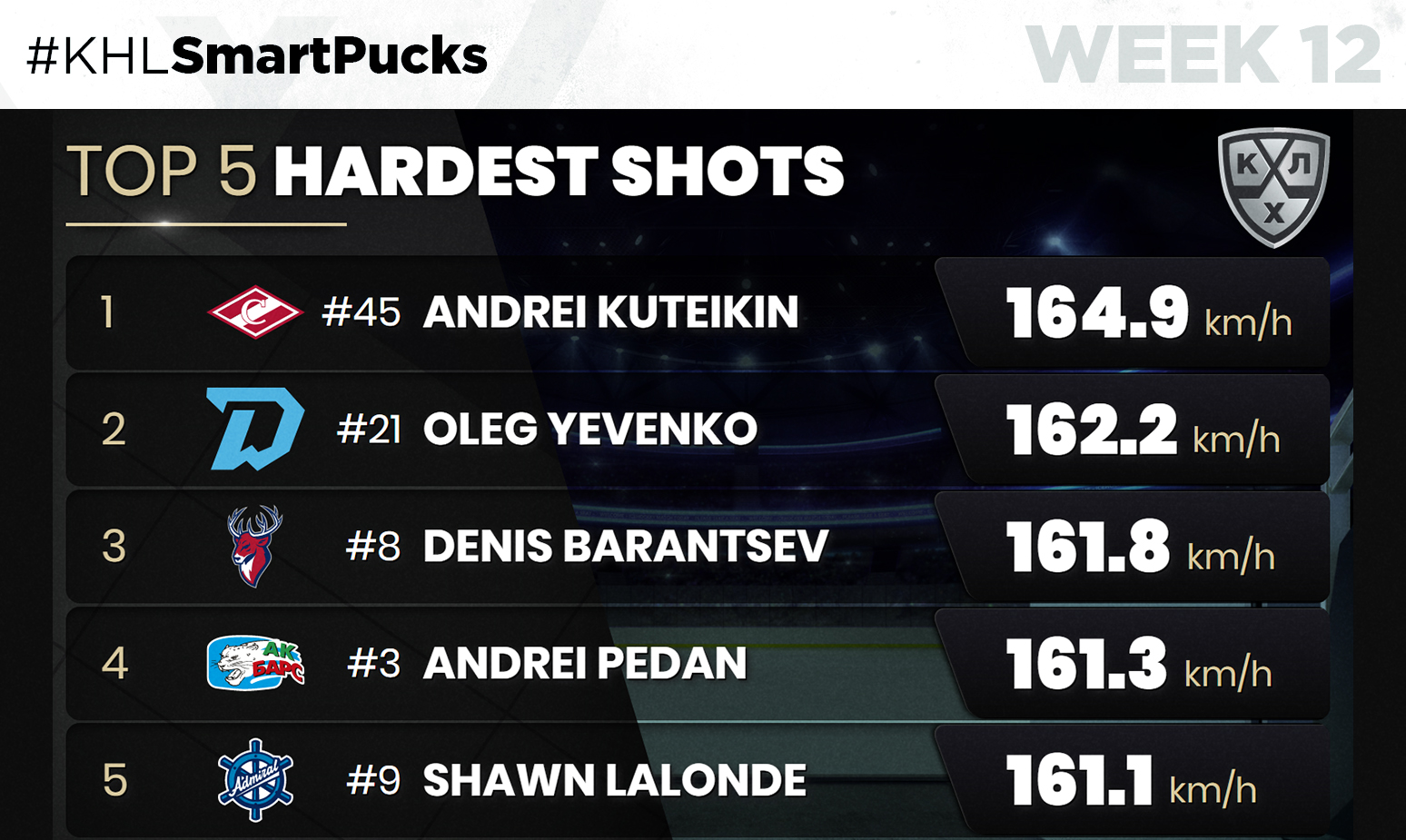 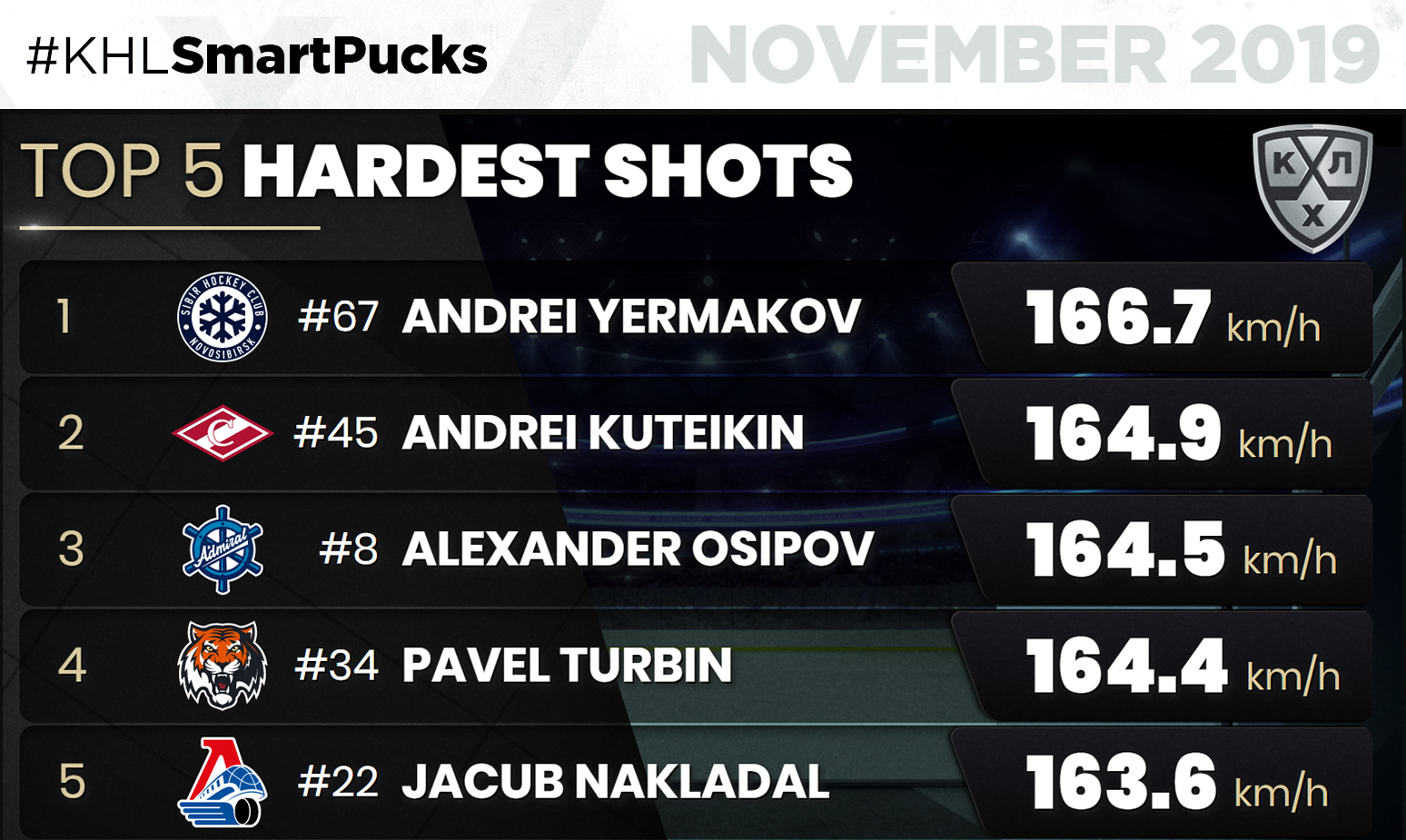 Avangard's defenseman Vyacheslav Voynov has no rivals in the single-game distance run category for three weeks already. In the 12th week, he reached new heights running a whopping 6,844 meters. In November, Voynov established a new record with 7,965 meters. 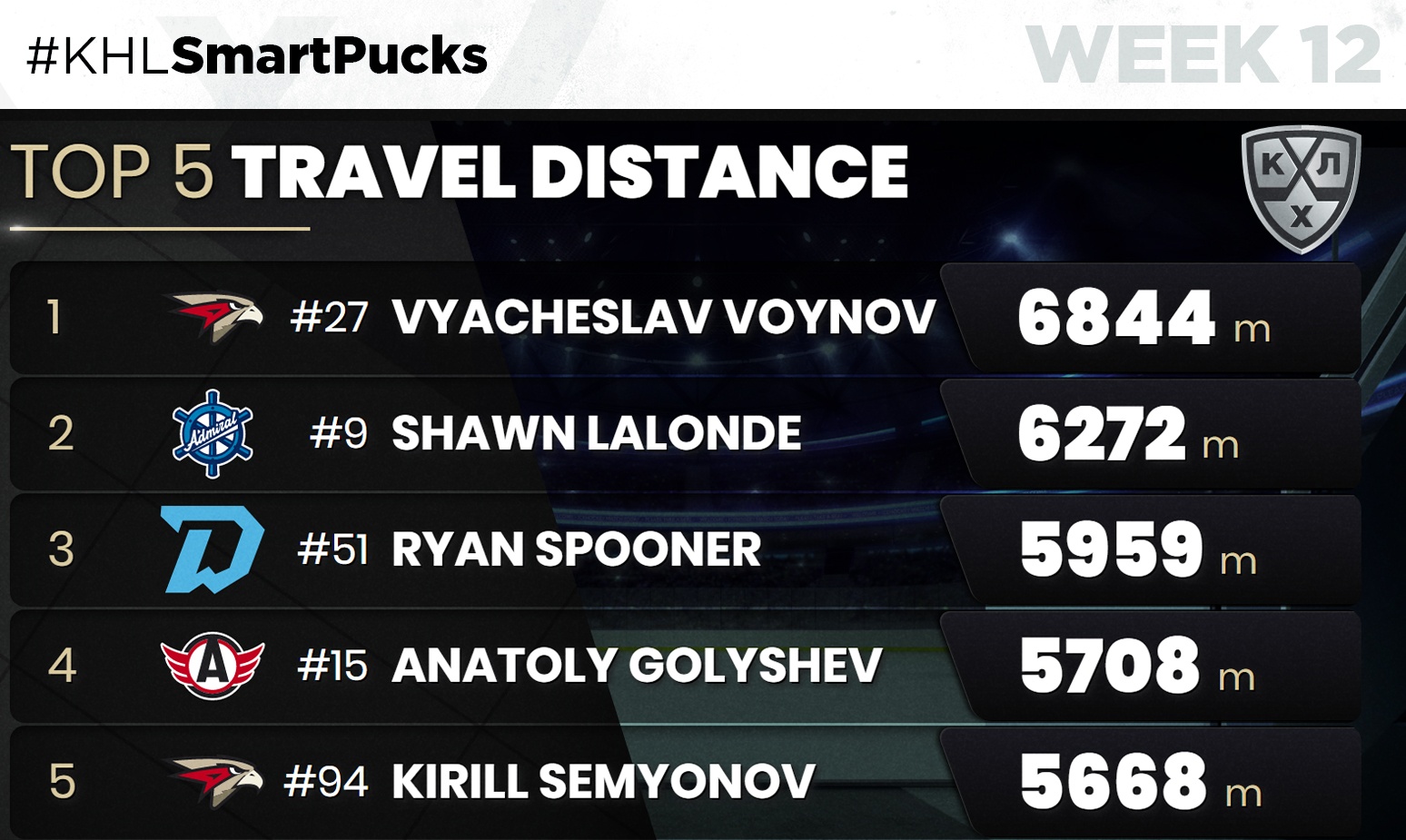 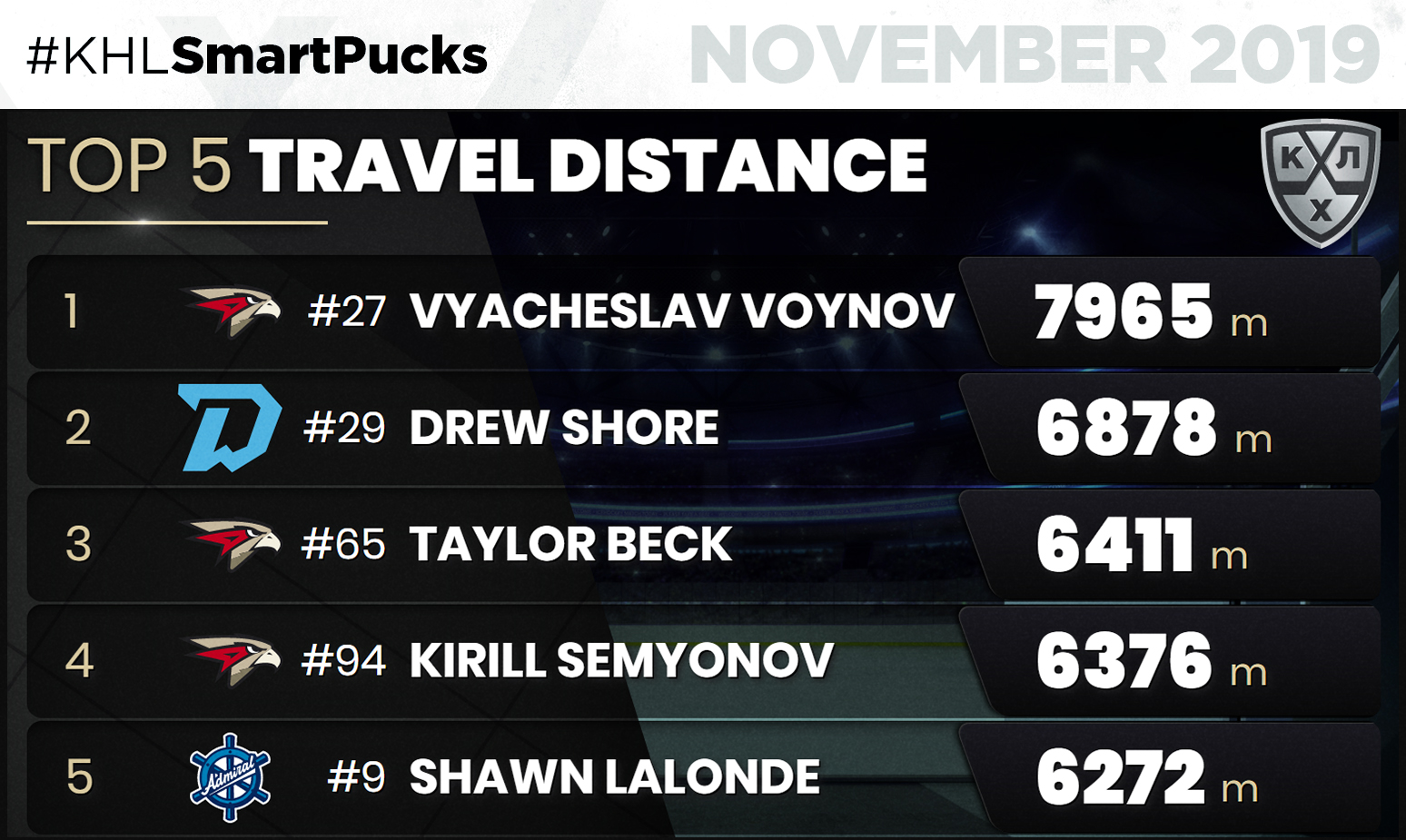 Avtomobilist's 18-years-old forward Ilya Ovchinnikov became the first player ever to surpass the 40 km/h mark. He stopped the speedo at 40.1 km/h (24.92 mph) on December 1st. The shift of month means that the crown of November's top speeder belongs to Neftehimik's Marat Khairullin. It's definitely not the first time that Nizhnekamsk players hit the first place in these rankings. 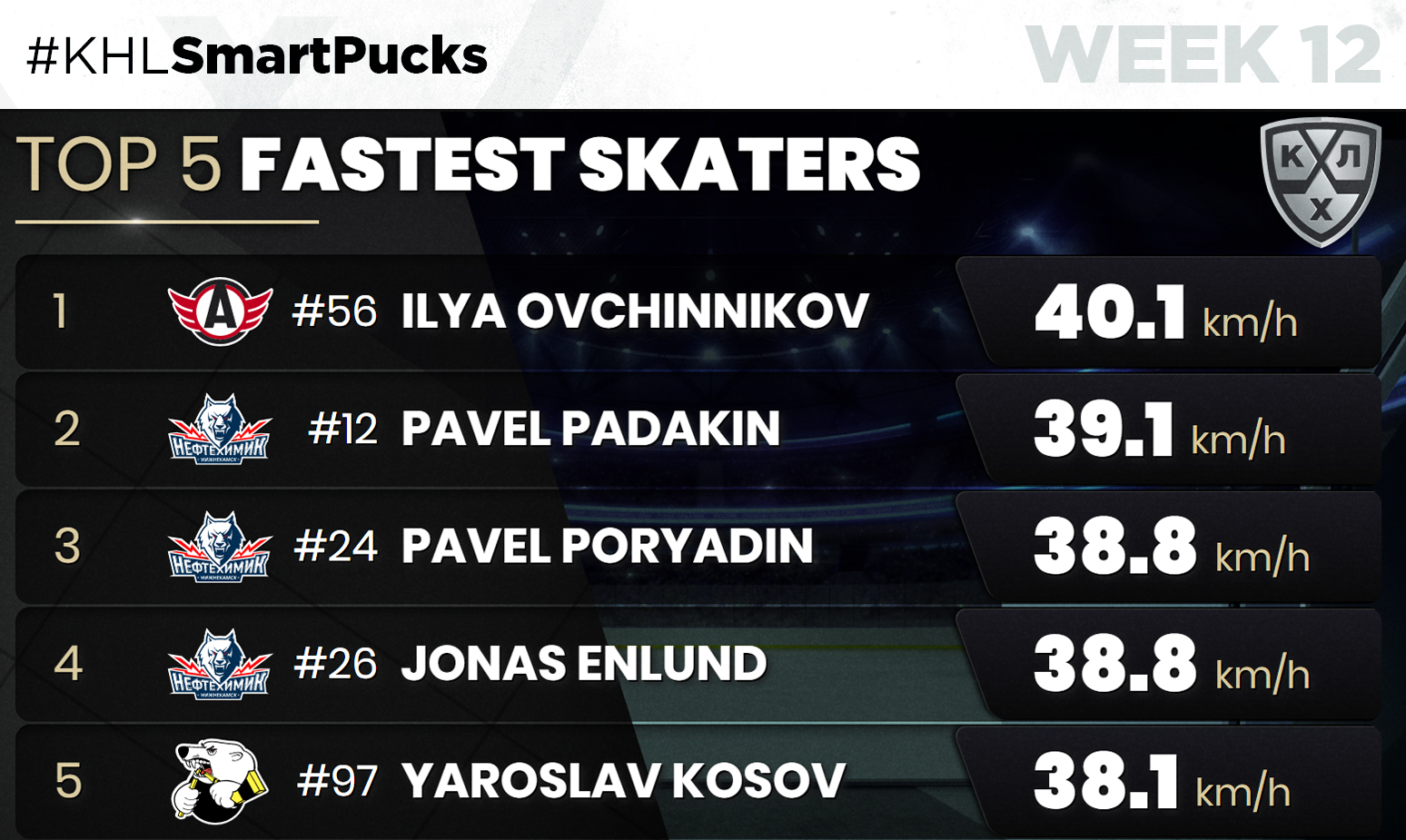 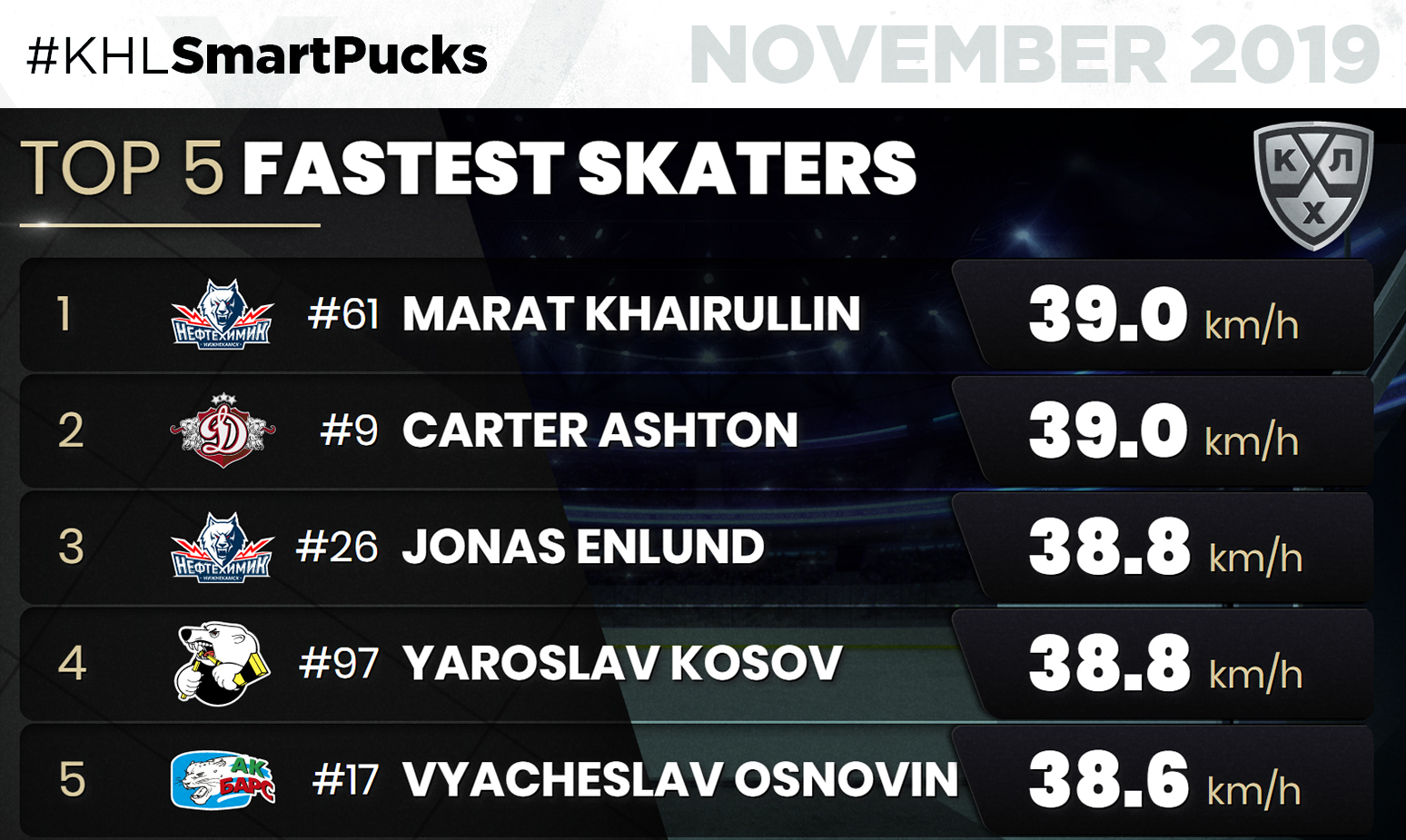