Man of the Week – Anton Slepyshev

KHL.ru's weekly 'Man of the Week' series goes on with CSKA's forward, who is about to break a Red Army record first established by Alexander Radulov.

The Red Army is now marching on the top of the Western Conference standings as Igor Nikitin's troops have a six-point advantage over SKA. After Kaprizov, Vey, and Okulov, the team's fourth scorers are Mikhail Grigorenko and Anton Slepyshev, with 34 points each. More than half of his points – 19 – arrived in 2020. The 25-years-old forward is currently on an impressive 13-game scoring record, just one game shy of Alex Radulov's record. Radulov scored 24 points over a 14-game span from Oct. 4 through Nov. 18, 2012. Later that season, Radulov posted another 13-game scoring streak. However, CSKA suffered a second-round exit in the playoffs by the hand of the eventual champions, Dynamo Moscow. To defeat Radulov, Slepyshev will only have to record points in next week's home clashes against Torpedo (Feb. 11) and Barys (Feb. 13).

Anton Slepyshev was born in Penza on May 13, 1994. His father, Vladimir, played pro hockey in Penza, Minsk, and Kharkov in the 70s and the 80s. Also hailing from Penza – a city about 400 miles southeast of Moscow – are world champion and KHL veteran Vitaly Atyushov, CSKA Moscow's captain Sergei Andronov, Neftekhimik's blueliner Ziyat Paigin, and Vityaz's goalie Pyotr Kochetkov, among the others. Dizel Penza is currently playing in the VHL. Playing for the local Dizel, Slepyshev started representing Russia on the international stage and helped the team getting back home with a bronze medal at his first U18 WJC in 2011 in Germany.

First stint in the KHL

At the end of the season, Anton was picked first overall at the 2011 KHL Draft by Metallurg Novokuznetsk. There, he had his first pro season, amassing four goals and seven points in his rookie campaign. Later that year, Anton captained Team Russia at the 2012 U18 WJC in the Czech Republic, but a surprising exit at the quarterfinals meant no medals for Slepyshev and co. The next year, Slepyshev moved to Ufa in late December, and he played his first WJC, without scoring any point but this time getting back home with bronze hardware. In June, the Edmonton Oilers drafted him in the NHL with the 88th overall pick. 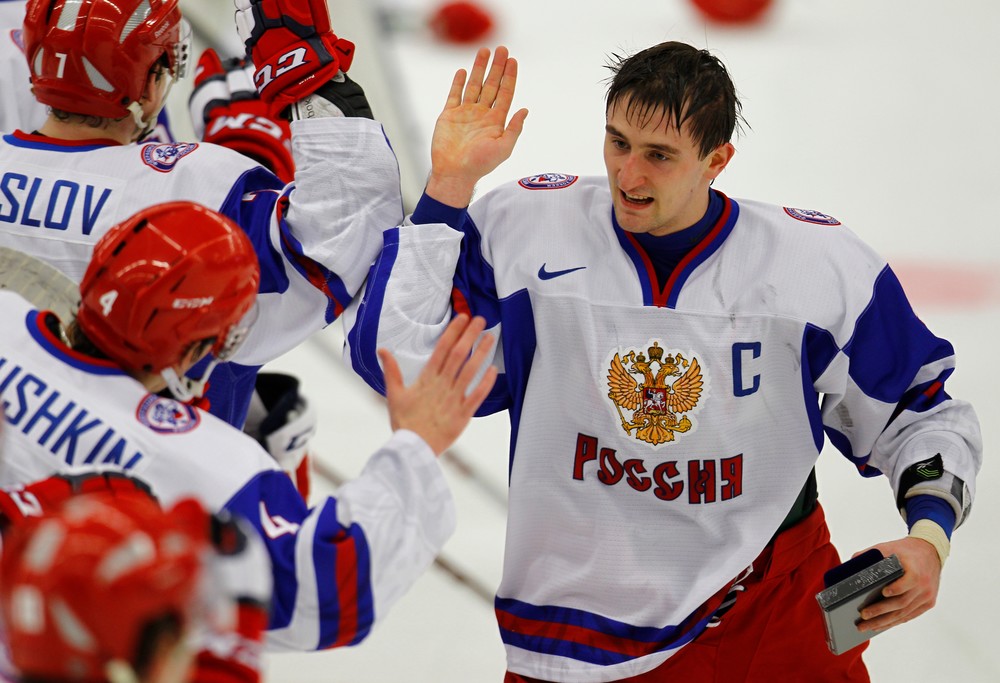 The move to Ufa went to Slepyshev's advantage, and in the 2014-15 season, he scored 15 goals in the regular season at only 20 years of age. That year he also made his first steps with Team Russia at the senior level, playing eight games in different Euro Hockey Tour stages. However, after two seasons and a half in Ufa, and another bronze medal as Team Russia's captain at the 2014 WJC in Sweden, in the 2015 summer Slepyshev moved to North America, signing an entry-level deal with the Edmonton Oilers. 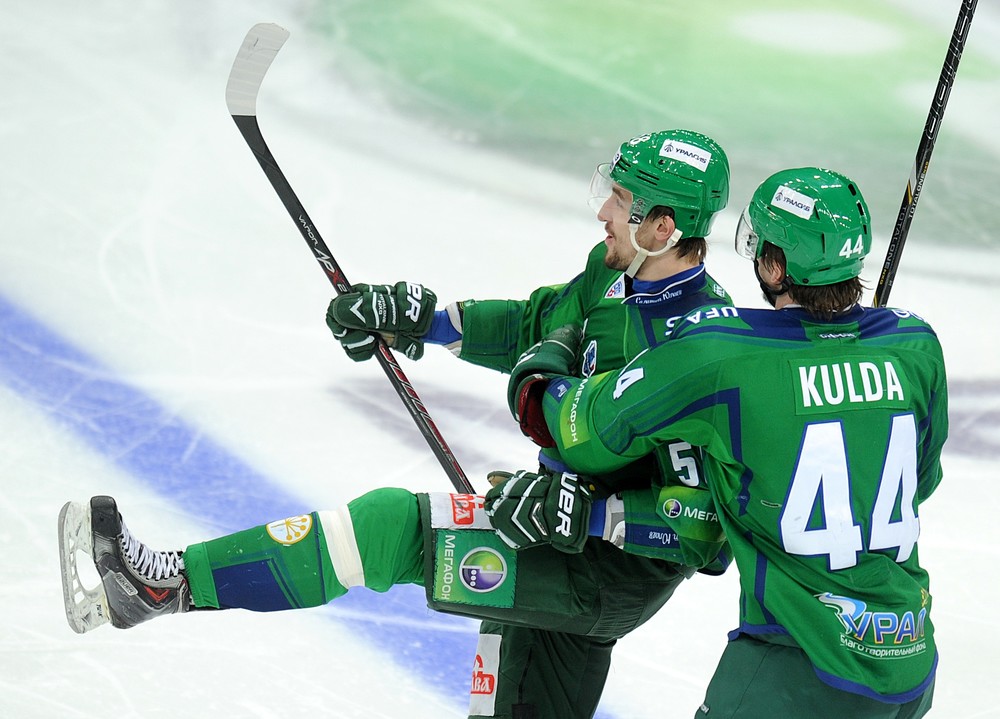 Move to America and return to Russia

Slepyshev's career overseas was full of ups and downs. From playing side-to-side with Connor McDavid to riding the bus in the AHL, Slepyshev has experienced everything. In three years, Anton played 102 games in the NHL, and 59 in the AHL. He also played a decent role in the 2017 Oilers' playoffs run, when he scored three goals. Once his contract in Edmonton was over, Slepyshev opted to return home to find better opportunities and more time on ice in the KHL. Salavat Yulaev still had his rights; therefore, CSKA moved Artyom Sergeyev and Vyacheslav Osnovin to Ufa to secure Slepyshev's signature on a two-year deal in May 2018. 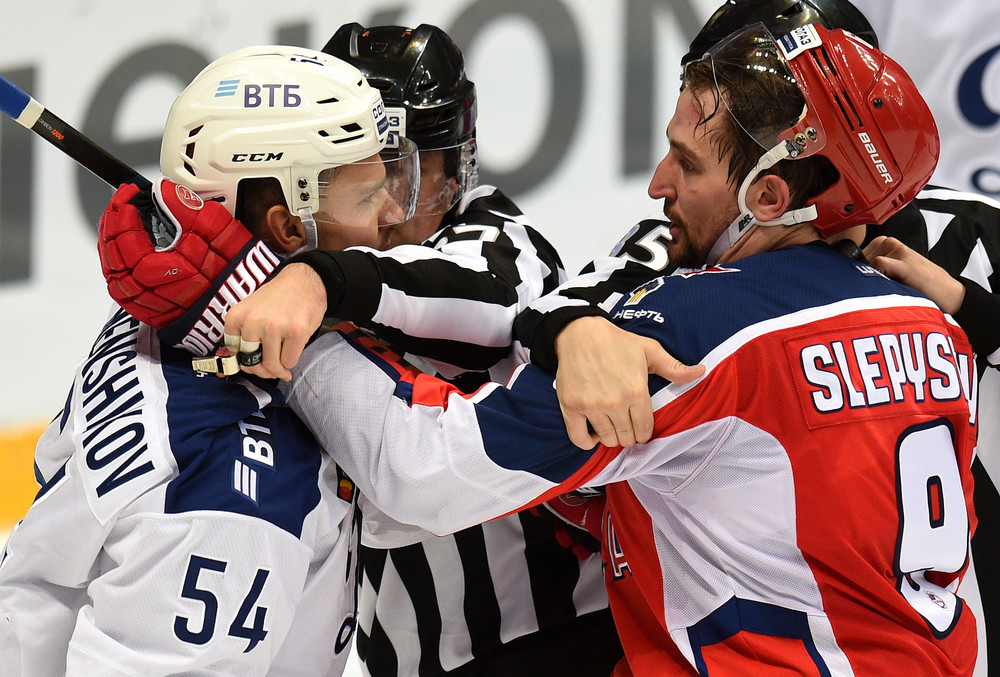 Second stint in the KHL

Having left the KHL as a skillful player, Slepyshev returned home with the same reputation, but some other experience. In the first season of his second stint in the league, Slepyshev helped CSKA Moscow winning their first Gagarin Cup – it was also Anton's first big trophy. He scored 15 goals, repeating his best performance in the KHL in 2014-15 season with Salavat Yulaev. This year, Slepyshev scored as many but added many more helpers for a total of 34 points – his best so far. And he is just two games away from potentially breaking a record established by none other than Alexander Radulov. However, in the playoffs, the competition will be fierce, and it won't be easy for CSKA winning back-to-back titles. 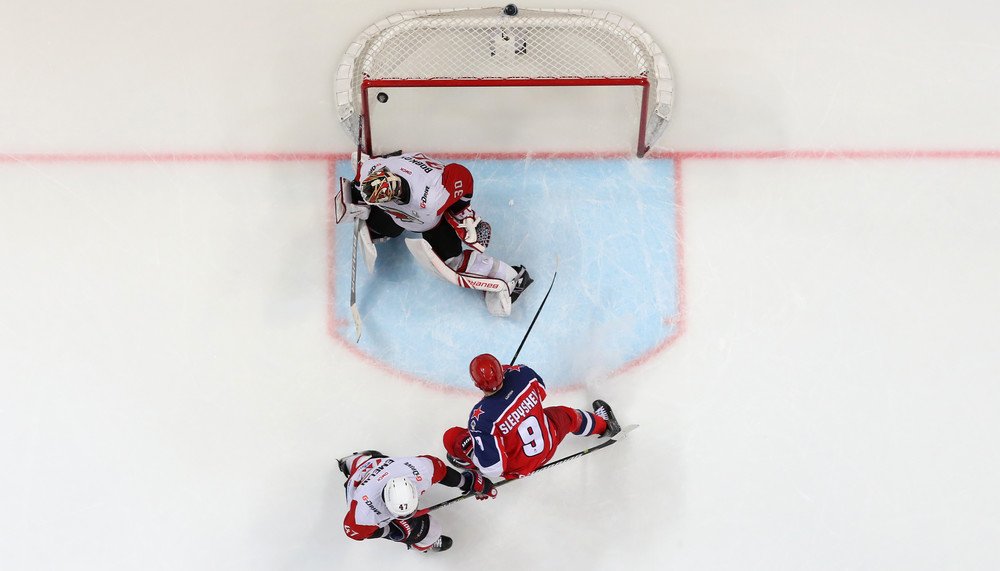