Man of the Week – Nikita Soshnikov

KHL.ru's weekly 'Man of the Week' series goes on with one of this season's best snipers, Nikita Soshnikov of Salavat Yulaev Ufa.

Soshnikov is not new to KHL success, but he didn't play in the KHL for the previous four seasons, and maybe some of the less attentive fans forget how good he was with the Atlant Mytishchi. Currently, Nikita Soshnikov tops all Salavat Yulaev's players with 27 goals, and is the league's fifth scorer with 48 (27+21) points, and third in the goal-scoring races, trailing only Kirill Kaprizov and Dmitrij Jaskin. However, since Kaprizov only scored three goals more than Soshnikov, the competition for the regular season's top sniper is still open. Most recently, Soshnikov posted a hat-trick in Saturday's loss to SKA (4-5 OT).

Nikita Soshnikov was born on Oct. 14, 1993, in Nizhny Tagil, where he started playing. Nizhny Tagil is a city of more than 350,000 located just 16 miles east of the virtual border between Europe and Asia. The town is mostly known for two things. The first is its landmark, the Lisya Mountain, an extinct volcano with a watchtower on its top, and the second is for being the place of birth of world superstar Alex Radulov and his brother Igor. Nizhny Tagil also produced Metallurg's Pavel Dorofeyev, Ak Bars' Dmitry Yudin, and Admiral's Alexander Osipov, among the others. Soshnikov started playing in the local school, Sputnik, until 2009. In the 2009 offseason, he moved west and joined the junior ranks of Atlant Mytishchi, then a constant participant to the playoffs in the Western Conference. However, Soshnikov needed a few years to climb up to the first team, starting in the JHL in 2010. Nikita played three full years in the JHL, with his last campaign in the 2012-13 season, when he was selected to the league's All-Star game and finished the season in the top five scorers with 72 (38+34) points in 59 games. Anyone could see that he was ready for something more. 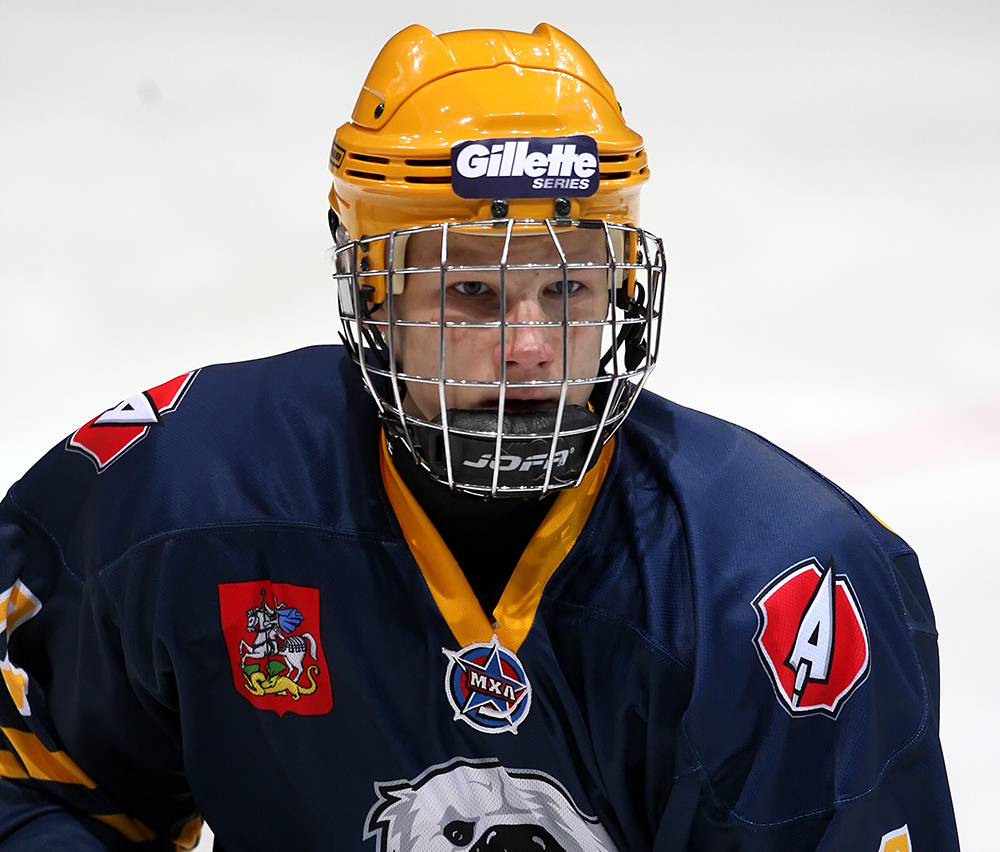 First steps as a pro

In the 2013-14 campaign, Soshnikov had his first pro season as he played with Atlant and its affiliate in the VHL, Buran Voronezh, other than ten games in the JHL. With the big boys, Soshnikov scored 5 (2+3) points in 33 regular-season games as the team failed to reach the playoffs and played in the then-alive Nadezhda Cup. However, the next year Soshnikov had a breakout campaign, scoring 32 (14+18) points in 57 regular-season games. That same year, he had his debut with Team Russia at the Euro Hockey Tour level. Unfortunately for the fans, that was Atlant's last season in the KHL before folding. Such a strong play couldn't go unobserved, and soon after, Nikita Soshnikov signed with the Toronto Maple Leafs of the NHL. 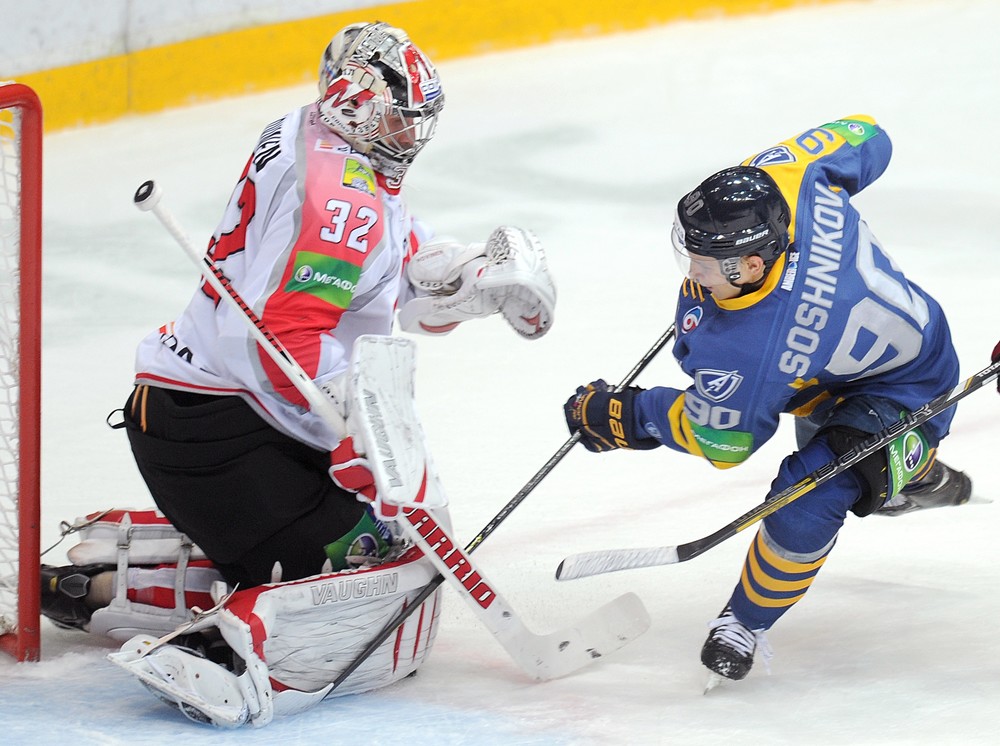 In his first season overseas, Soshnikov gave a good impression, scoring 5 (2+3) points in 11 NHL games, and playing well in the AHL, especially in the playoffs. However, he soon started having injury problems that limited his development and success on the ice. In the 2017-18 season, Soshnikov's play was again limited by injuries. Still, he managed to have his debut at the IIHF World Championship in Denmark, where the Russians had a disappointing quarterfinals exit against Team Canada. After failing to enjoy a regular role with the Maple Leafs, Toronto moved the forward to St. Louis. With the Blues, however, Soshnikov didn't have more luck. After an injury-plagued 2018-19 campaign, his contract wasn't renewed, and he opted to sign back in Russia to have more time on ice and play top-line minutes. Salavat Yulaev traded the rights on Vladimir Tkachyov to SKA, gaining the rights on Soshnikov, who signed a two-year deal in Ufa. 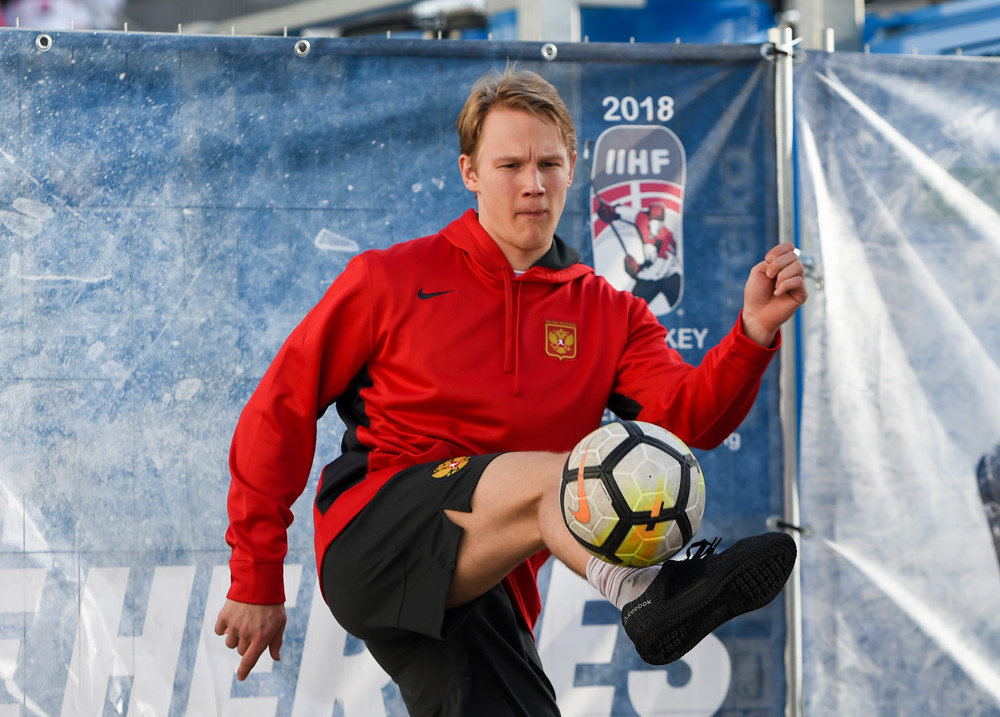 In the KHL, Soshnikov started scoring again, something that he wasn't doing much in North America, also because of the constant injuries. In the NHL, moreover, he was playing another style. "I was already playing more with my technique when I was with Atlant," Soshnikov said during a November interview. "Now that I'm in Russia, I can play another role in the team. In the NHL, if you play on the fourth line, and you try to play fancy and lose the puck, you're going to sit on the bench or move down to the AHL. Thus, I was forced to play a different style during my stint in North America." And his different style is paying dividends now, for both himself and Salavat Yulaev. Last year, the Ufa franchise reached the Eastern Conference semifinals, and this time around, they want to be even better. And it's not like Soshnikov doesn't have personal achievements to reach: with 27 goals, he's just two goals behind Patrick Thoresen and Alexei Tereshchenko's record for goals scored by a Salavat Yulaev player in a single regular season. With Soshnikov's play of late, both things seem feasible. 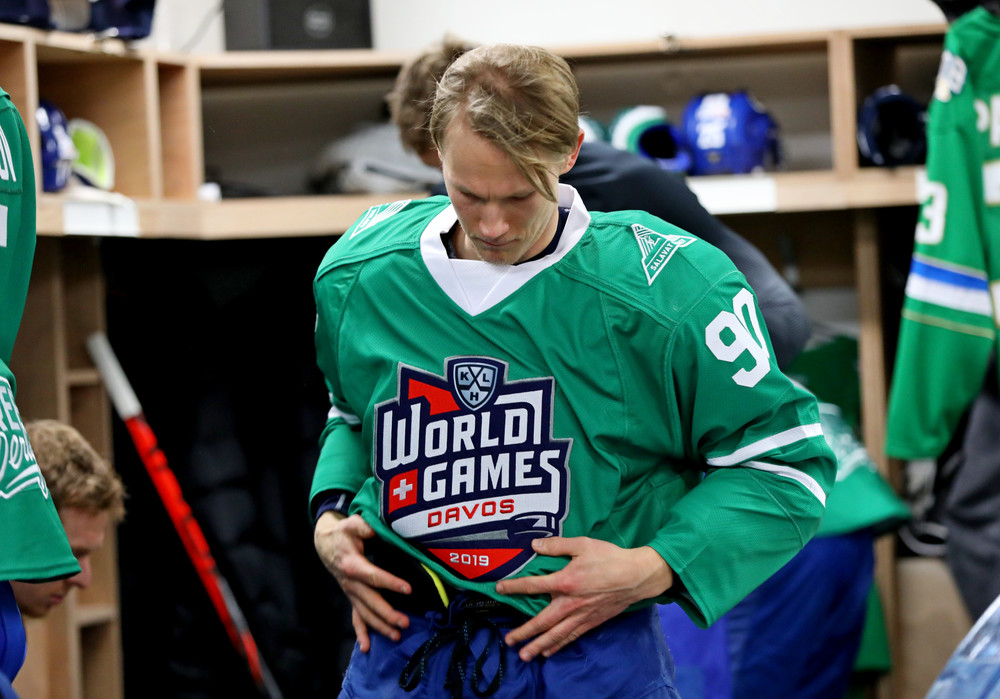