One week to go – KHL week in review

It’s the final week of the KHL regular season and there’s plenty at stake. Three teams are in with a chance of topping the table, while the last remaining playoff place is up for grabs. There are individual records within reach as well, but amid all the excitement the KHL is taking time to reflect on the on-going efforts to contain the spread of novel coronavirus as Kunlun Red Star wraps up its regular season with a ‘home’ game in Novosibirsk.

Who is going to finish the regular season on top of the pile? There was a time when superstitious teams looked to avoid top spot – the first 11 seasons of KHL action saw the league leader fall short in the playoffs. Last season, though, CSKA lifted that curse and now the Army Men are in pole position to defend their regular season crown.

But there’s a battle in prospect. Ak Bars and SKA are just one point behind. The Petersburg team has the toughest ask; it has just one game left, and that’s away to CSKA on Tuesday. Ak Bars entertains Salavat Yulaev on the same evening, then hosts Avtomobilist in its final game on Thursday. CSKA takes on playoff chasing Sochi on that night in what looks poised to be a final-day decider for top spot. 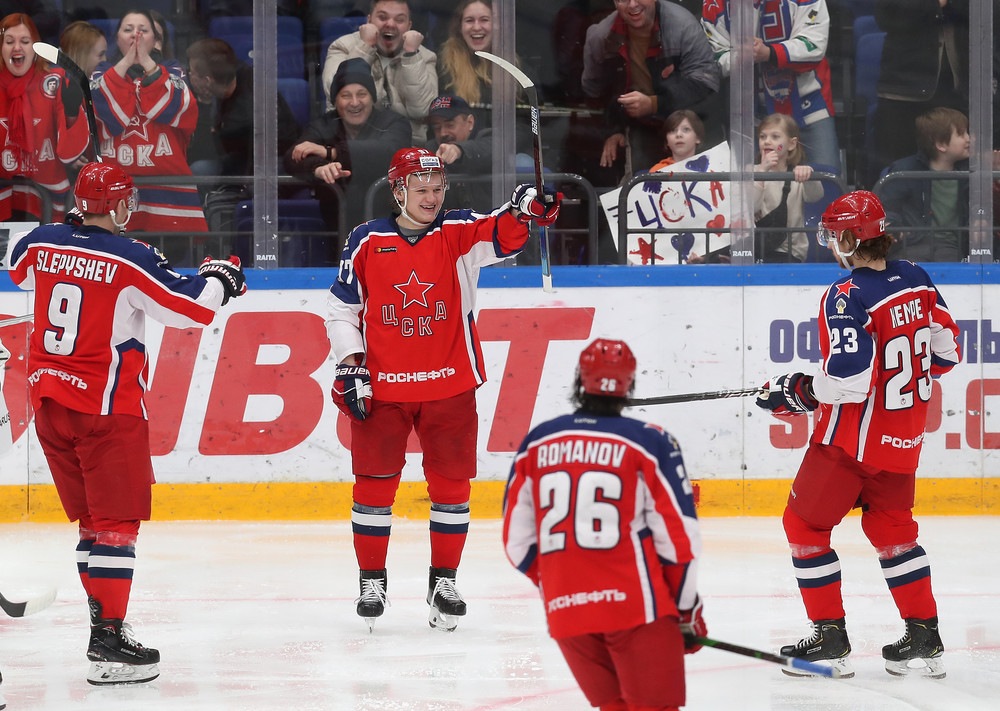 Neftekhimik goes to the Eastern playoffs

Back-to-back wins in Khabarovsk made all the difference for Neftekhimik as Vyacheslav Butsayev’s team secured eighth place in the East. Amur was the closest rival for the Tatar team but after a 0-8 thrashing on Sunday the wounded Tigers were under pressure to get a win in Monday’s rematch. They went close, leading 2-1 in the closing stages, but Evgeny Ryasensky was the unlikely hero. The defenseman scored for the first time in five seasons to tie the game; Matt White’s penalty shot decided it in overtime.

That eliminated Amur from the race and, a few hours later, Kunlun Red Star lost at home to Dinamo Riga to end its hopes of claiming a playoff spot for the second time in its history. Neftekhimik can now preparing for a first-round series against Tatarstan neighbor Ak Bars. 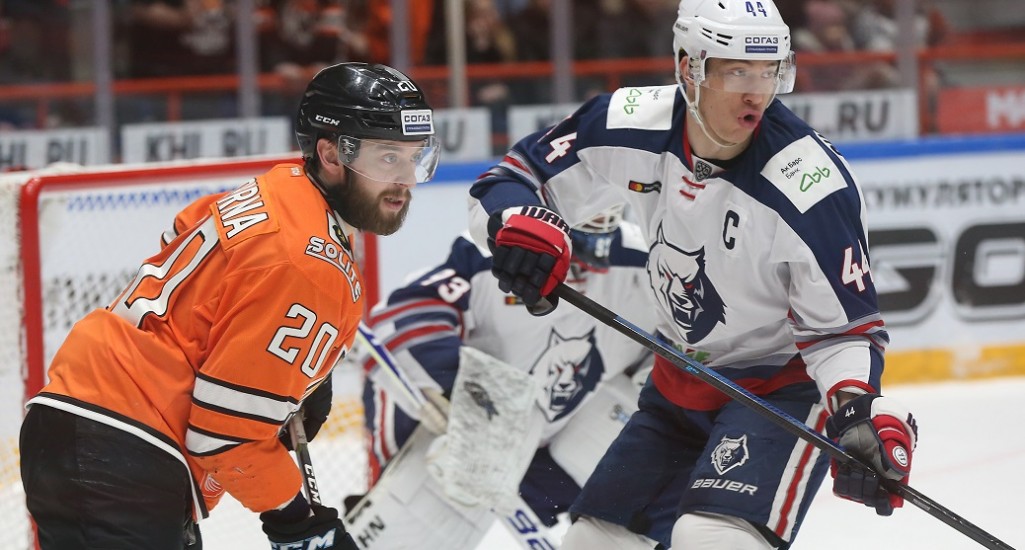 Torpedo vs Sochi in the West

The race for the Western playoffs is no less intense. Here, it’s a two-horse race for the final spot, with Torpedo three points clear of HC Sochi. The Leopards kept their hopes alive with an overtime win against Torpedo last week, but must win its remaining games at Severstal and CSKA while hoping that Jokerit can win in Nizhny Novgorod on Tuesday in regulation.

Traktor’s Czech forward Lukas Sedlak scored his 23rd goal of the season in Saturday’s 4-0 victory over Sibir – and in doing so, he became the club’s leading goalscorer in a regular season. Sedlak, who came to Chelyabinsk in the summer, scored twice to overhaul Evgeny Skachkov’s tally from 2009/10. However, that record hasn’t helped Traktor get close to the playoffs with Sedlak’s team currently stuck at the foot of the Eastern Conference table.

Two more long-standing records are under threat. In the first KHL season, Esa Pirnes had 22 goals and 50 points playing for Atlant. No Finn has bettered either of those numbers in a regular season so far, although Metallurg’s Juhamati Aaltonen matched those 22 goals. Now, though, both landmarks are under threat. Teemu Pulkkinen has compiled 22 goals this season, shared between Dinamo Minsk and Dynamo Moscow. One more in the Muscovites’ two remaining games would see him set a new record. And defenseman Mikko Lehtonen has enjoyed a fine debut season in the KHL with Jokerit. He’s currently on 49 points and has one game left – away to Torpedo – to try to top Pirnes’ total.

The KHL stands with China

Monday saw Kunlun Red Star play its last home game of the regular season – in Novosibirsk. Due to the ongoing efforts to control the spread of novel coronavirus in China, our Beijing franchise is obliged to play outside of its home country. Meanwhile, Monday’s game is dedicated to Chinese people in their battle against the virus. Both teams took to the ice wearing #wuhanstrong and #chinastrong patches, and before the opening face-off there was a minute’s applause. 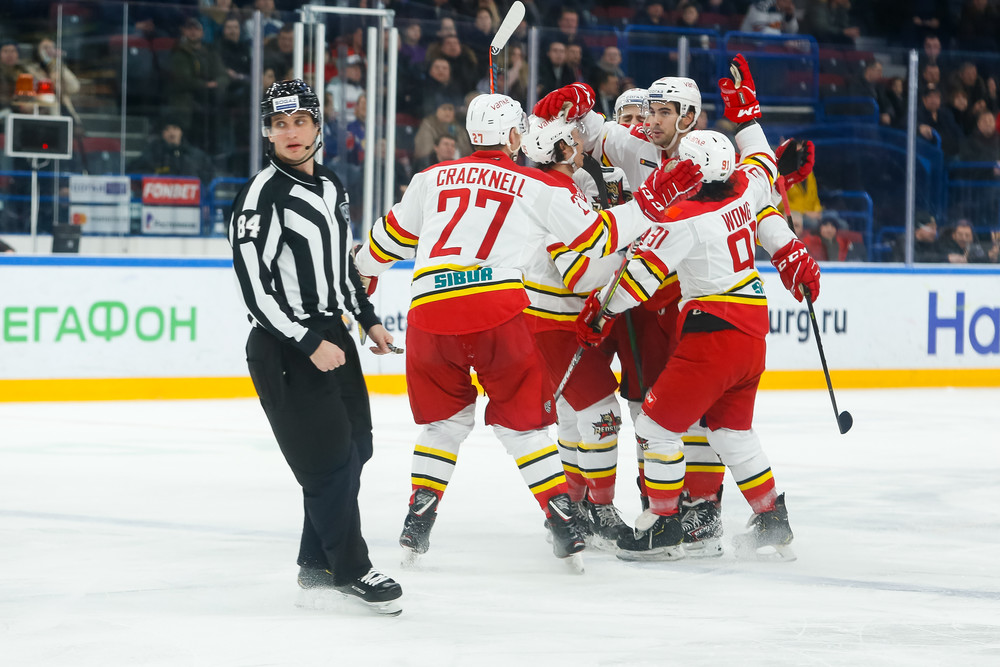