Man of the Week – Kirill Marchenko

KHL.ru’s weekly look at the key players in the league goes back to St. Petersburg to run the rule over one of the most promising youngsters in the competition.

He’s at it again. Kirill Marchenko, one of the brightest young stars in the KHL, pulled another game-winning performance out of the hat as SKA thrashed Jokerit 6-1 at the weekend. The 19-year-old, a second-round draft pick for the Blue Jackets last summer, had two goals and an assist, taking his tally to 16 (7+9) for the season so far.

It was a big night for SKA’s youngsters in Helsinki. Apart from Marchenko’s performance, Vasily Podkolzin contributed two assists and there was a goal from Ivan Morozov as well. Their line, notionally SKA’s fourth, has been one of the bright spots of the season as it has emerged for club and country. But that man Marchenko took the bulk of the plaudits as he enjoyed his most productive evening to date in the KHL.

Marchenko was born in Barnaul, in the remote region of Altai. That province is deep in Siberia, and borders Kazakhstan, Mongolia and China. It would be a stretch to call it a hockey hotbed, but it was also the birthplace of the Svechnikov brothers, Evgeny and Andrei. Marchenko played alongside Andrei in kids’ hockey for a couple of seasons before the Hurricanes’ lacrosse-loving forward moved to Kazan to boost his sporting prospects.

As a youngster, Marchenko also moved on and went to Tyumen, an oil-boom town 2,500 km from Moscow. There he worked under coach Igor Tauber and played alongside Morozov, SKA defenseman Danila Galenyuk and Metallurg forward Pavel Dorofeyev. From there, it was on to Khanty-Mansiysk where he made his KHL debut in Ugra’s last season in the league. And, with great references, St. Petersburg was the next stop.

When it became clear that Ugra was leaving the KHL, Marchenko was faced with a tough choice. Remaining in Khanty-Mansiysk wasn’t an option for a player ready to break into the big league. There was reported interest from SKA, where Galenyuk was already in the system, and the possibility of crossing the Atlantic.

“I didn’t really get involved in the negotiations,” Marchenko recalled in an interview early this year. “My agent and my father did all that and just asked me about what I wanted. We decided that it was better to go to Petersburg because the set-up there has everything I need to develop. I didn’t feel like I was ready to travel to another country and SKA has a great hockey school.”

And Galenyuk was also a factor: “I heard that Danila was running around SKA telling everyone they needed to get Morozov and me as well. I guess he missed us,” Marchenko joked. 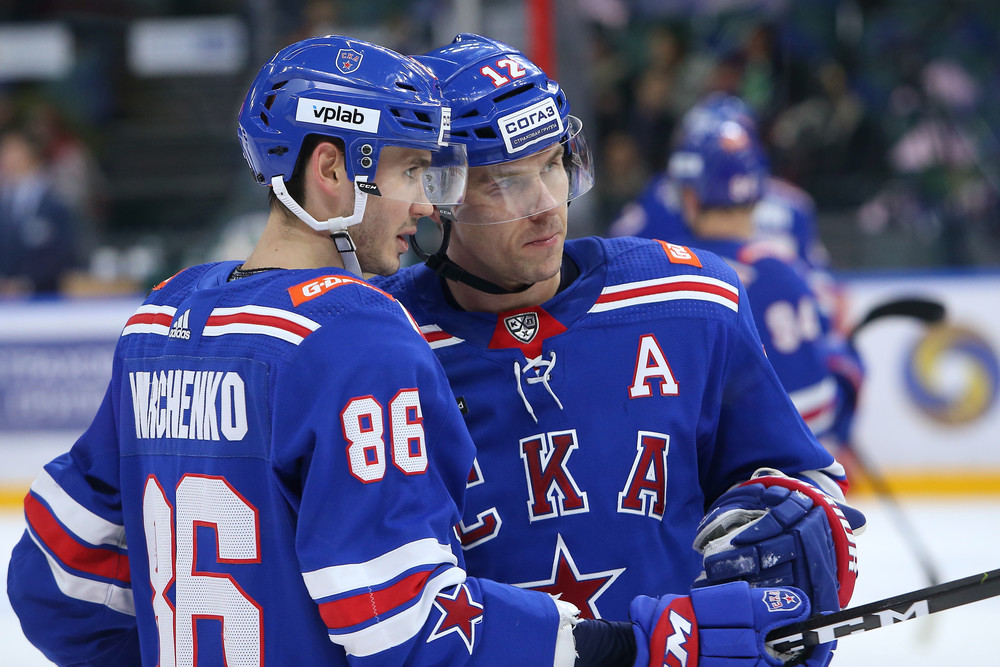 SKA, with its stacked roster, was not a club given to offering opportunities to young players. In his first season in Petersburg, Marchenko managed just one shift in the KHL as he divided his time between the Junior Hockey League and the VHL. But the arrival of Alexei Kudashov as head coach changed all that. At Lokomotiv, Kudashov earned a reputation as a coach willing to give youth a chance. At SKA, he continued that policy. Even when results did not always come, he continued to reshape the team in his own image – and that meant game time for Marchenko and his young colleagues.

The rewards are striking. Back in October there was speculation that Kudashov’s job might be under threat; today SKA is top of the Western Conference after recording its 12th straight victory to finish the regular season with a 4-1 victory at defending champion CSKA. The youngsters have played a part in that, and also helped Russia to World Junior silver in the Czech Republic last month.

There could be more international action to come. Valery Bragin, head coach of Russia’s U20s, is now working on the coaching staff at SKA. Kudashov, also head coach of Team Russia, called up his SKA youngsters for senior international duty during the Swedish Hockey Games in early February. It seems certain that the hockey world will be hearing much more of Marchenko – and possibly very soon.