The big news last week was the postponement of the playoffs until April 10. The KHL announced a break in the season in response to the COVID-19 pandemic.

Due to the on-going global COVID-19 pandemic, the KHL has halted all action until April 10. The decision, which brings the league in line with Russia’s major soccer and basketball tournaments, was taken in line with official advice about controlling the spread of the virus. However, the league remains committed to completing the current season and awarding the Gagarin Cup if it is possible to do so without compromising the health and safety of players, officials, staff and supporters.

Moreover, Jokerit and Barys, two of the eight teams that won through the first round of post-season, had to withdraw from competition due to restrictions on public events in Finland and Kazakhstan. KHL President Alexei Morozov urged everyone concerned to work together to find a solution to the current problem. He also added that there was a contingency in place to complete the season without Jokerit and Barys, if necessary. However, in an interview with KHL.ru, Morozov made it clear that the door was always open for both teams to return to the competition if at all possible.

Alexei Morozov: ‘We can only solve this problem together’ 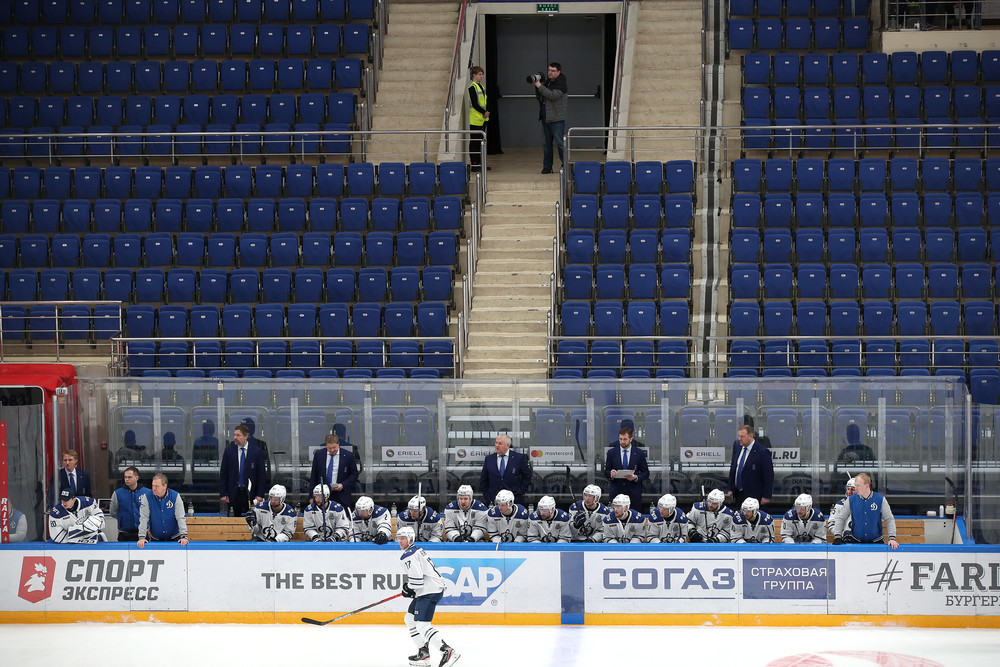 The uncertainty about the end of the current season has not discouraged Kunlun Red Star goalie Simon Hrubec. The Czech international will be back in Beijing next term after signing a one-year extension to his contract with Curt Fraser’s team. Last season the 28-year-old shared goaltending duties with Jeremy Smith, starting 32 games and getting 12 wins. He had two shut-outs, a GAA of 2.16 and a ratio of 93.2%.

Lokomotiv Yaroslavl captain Staffan Kronwall is retiring after eight seasons with the Railwaymen and nine in the KHL. The 37-year-old, whose contract expires at the end of April, announced his decision on his Instagram. Kronwall is one of the longest-serving imports in the KHL, having also played for Severstal before moving to Yaroslavl. In total, he played 553 KHL games, scoring 59 goals and 161 assists. Of those, 201 (54+147) came for Loko, making him the most productive import in club history. “Yaroslavl became a second home for us, and my family and I are very grateful,” the 2013 World Champion wrote on social media.

Records for Omark and Dynamo

The first round of the playoffs brought no shortage of pretty play – check out the highlight reel for our top 10 goals in post season. It also brought new individual records for Salavat Yulaev’s Swedish international Linus Omark. He had 12 (1+11) points, setting a new scoring record for the first round of a KHL playoff ahead of Josef Vasicek’s 11 for Lokomotiv in 2011. Omark also had a record tally of assists, his 11 helpers outstripping the nine achieved by Pavol Demitra (2011, Lokomotiv), Sergei Mozyakin (2014, Metallurg), Brandon Kozun (2017, Lokomotiv) and Chris Lee (2017, Metallurg).

Dynamo Moscow’s free-scoring line of Jaskin, Shipachyov and Petersson also set a new record. They combined for 12 goals, three more than the previous best set by Metallurg’s Zaripov-Kovar-Mozyakin in 2017.

In the Russian Women’s Hockey League, the KRS Vanke Rays made history by winning it all in the club’s first season in the competition. The Shenzhen-based franchise, connected to the KHL’s Kunlun Red Star, defeated defending champion Agidel in the final. The Rays went undefeated through post season, overcoming Tornado in the semi-final, and did it all despite having to play every game on the road due to the coronavirus crisis in China. American international Alex Carpenter led the team in scoring with 7 (3+4) points, including the game-winner in Wednesday’s decisive encounter in Ufa, while Finnish Olympian Noora Raty was a star between the piping for a roster coached by Brian Idalski. But the team was not all about imports: defenseman Zhixin Liu contributed a couple of assists in the final series, while the team was captained by Xueting Qi, who previously represented China at the 2010 Olympics in Vancouver.

Ice Diaries: Notes on a Championship 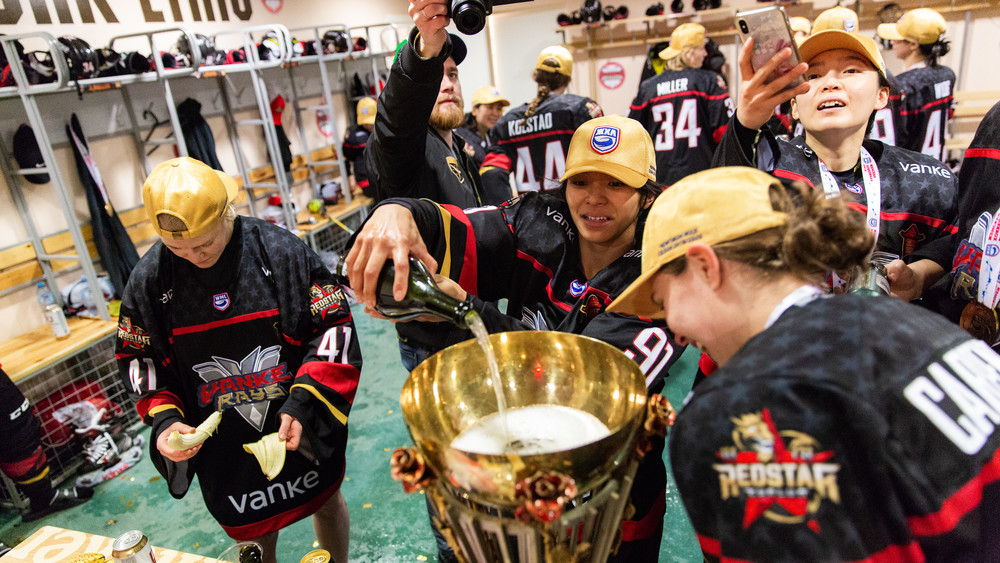