KHL.ru keeps on presenting the top players in each position in its 12 seasons of history. Today, it’s time to start climbing the podium with the third best-ever goalie, Konstantin Barulin.

The forwards vs. goalies duel is always an exciting part of hockey. Especially so when this duel concerns the crucial part of the season: the playoffs. So far, five forwards and five goalies won the award as the playoffs’ MVP — a perfect tie. One of the recipients of the most coveted player award was Konstantin Barulin, who received the trophy after his incredible performance in the 2011 playoffs when he backstopped Atlant — now folded — to the Gagarin Cup finals. After his incredible performance, Barulin confirmed his fantastic moment in the 2011 IIHF World Championship in Slovakia, especially in a 2-1 win over quarterfinals over Team Canada, when the goalie had 36 saves for Russia. 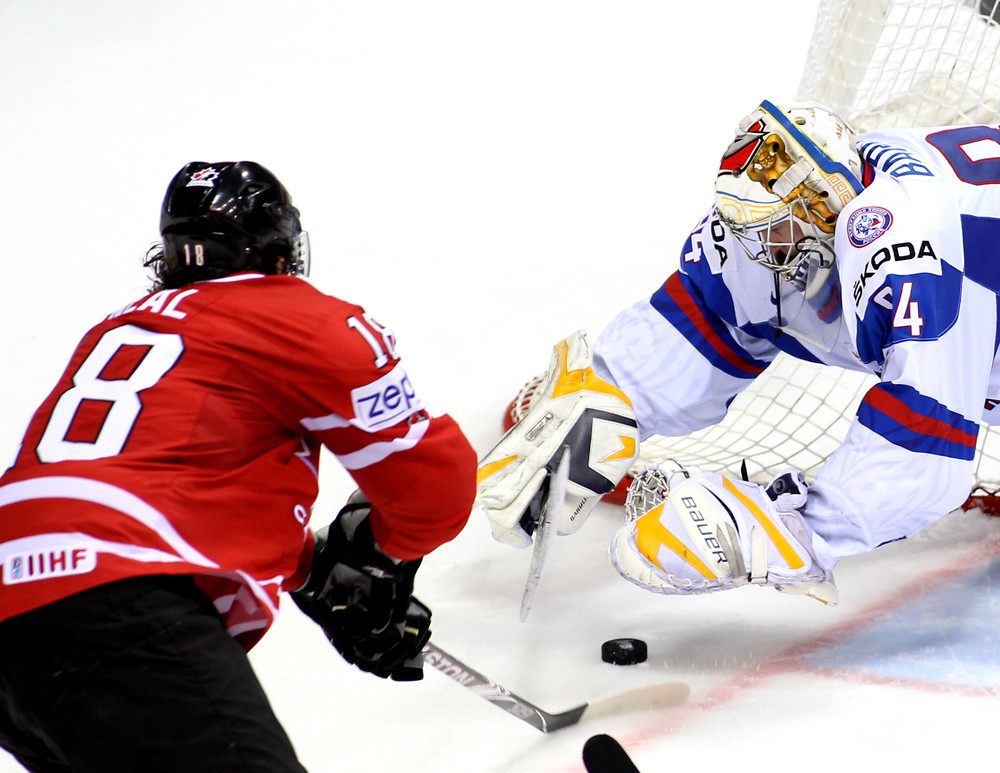 Before moving to the Moscow Region franchise, Barulin started between the piping for CSKA for two seasons in the league’s dawn. In 2012, still representing Atlant, Barunlin helped Team Russia conquering the gold medal at the IIHF WC in Sweden and Finland. The next year, the goalie moved to Ak Bars Kazan. In Tatarstan, Barulin had another tremendous playoff run in 2013, when Kazan surrendered to Chelyabinsk in the Eastern Conference finals with only 30 seconds missing to the final horn in game seven. 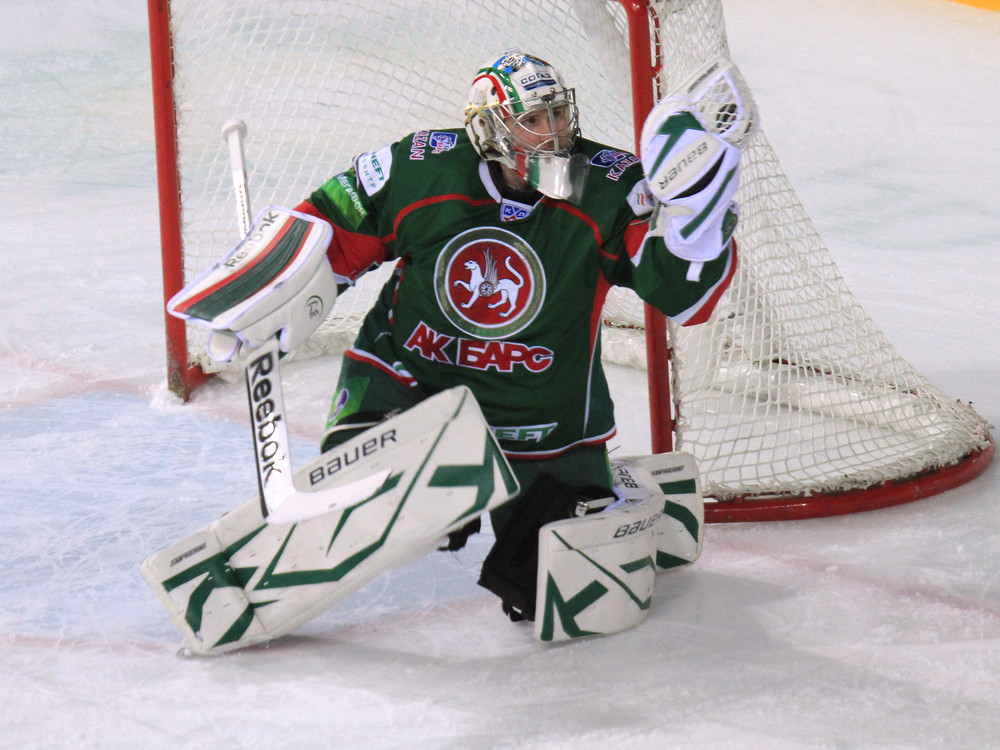 After Kazan, Barulin moved to Omsk. With the Hawks, however, Barulin won’t have the same degree of success he had with the other teams, despite an umpteenth call to the KHL All-Star Game. That year, he also wore the Team Russia jersey for the last time at the 2015 IIHF WC in the Czech Republic. To shake things up in his career, in 2015, Barulin moved to Sochi. 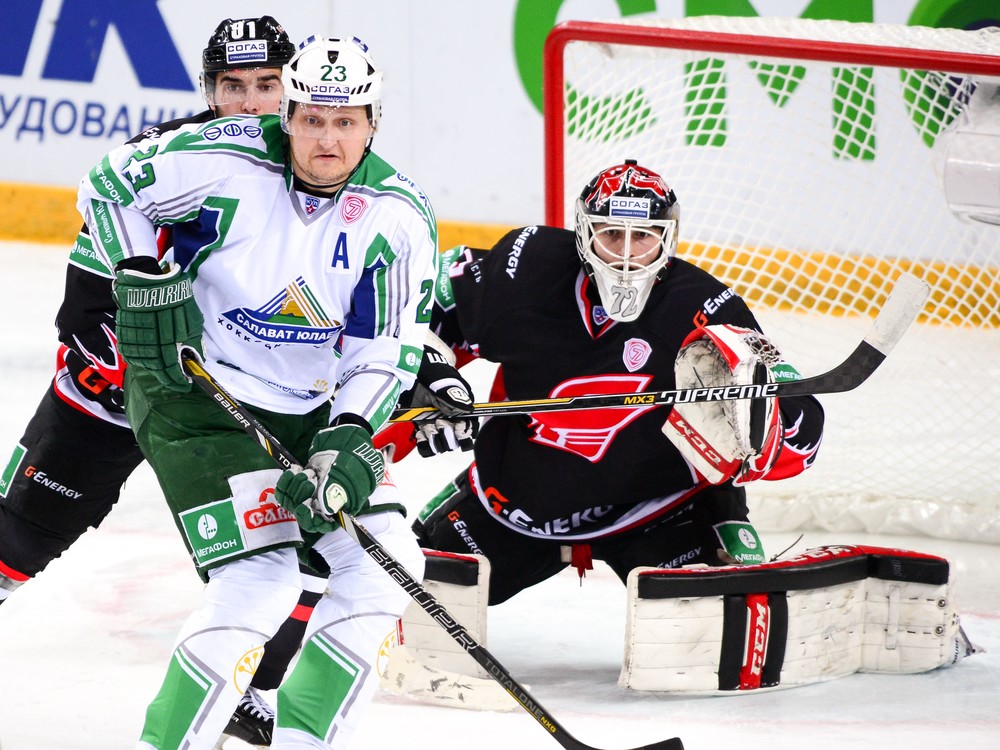 On the beautiful shores of the Black Sea, Barulin played four high-level seasons, helping the franchise reaching the playoffs three times. In 2018, he was called to his seventh All-Star Game — the most among goalies, followed by Ilya Sorokin with five. In the 2017-18 season, he had one of the most memorable performances by a goalie in the league, stopping 52 shots as Sochi defeated Jokerit in Helsinki after a double OT with a goal by Jonathon Blum. Moreover, he is also one of the most-prolific goalies for points production, having recorded ten assists — four of them in the playoffs. 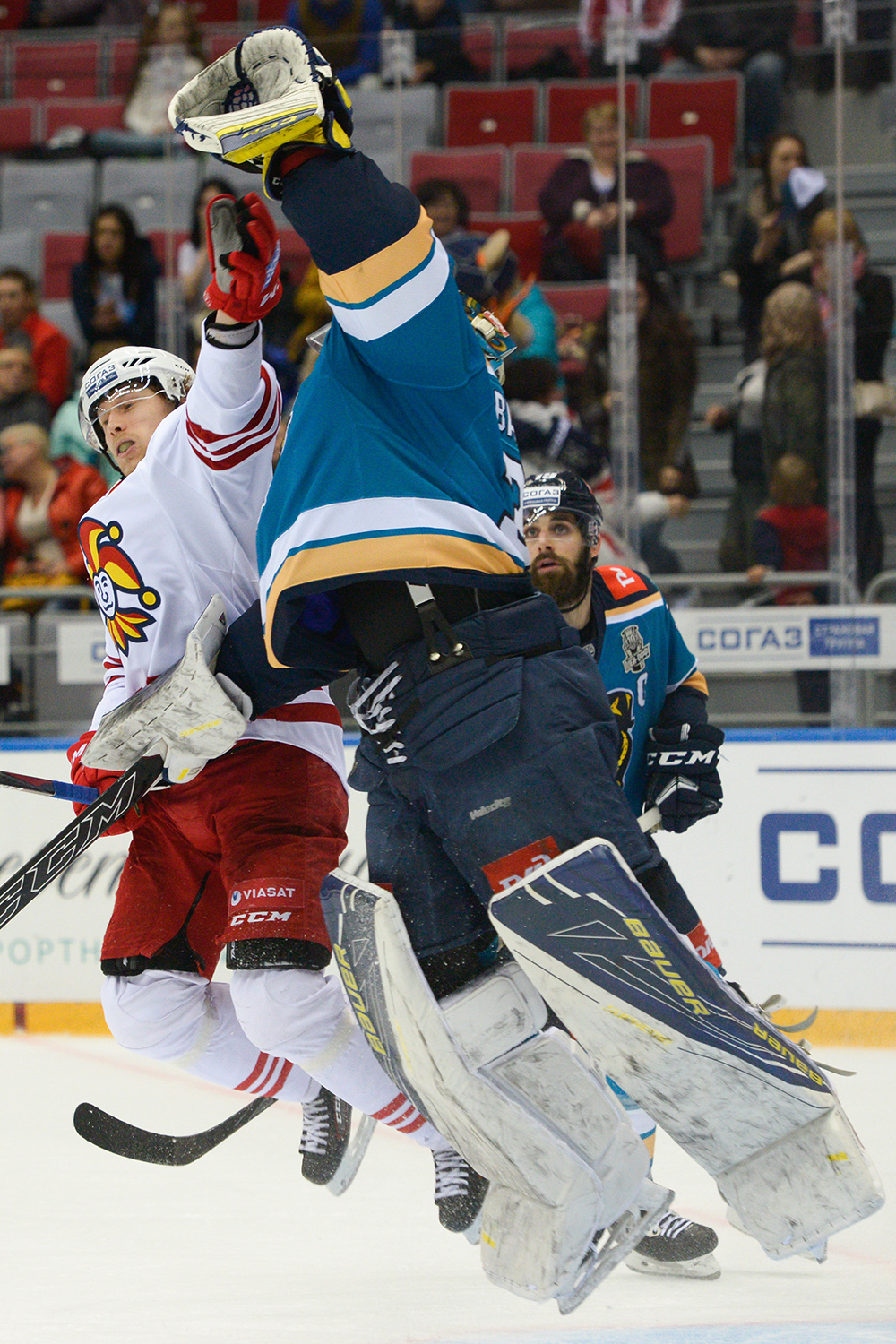 After four seasons in Sochi, Barulin was hoping for a fresh start with Neftekhimik Nizhnekamsk. There, he helped the Wolves reaching the playoffs — once again fulfilling his task as the team’s gatekeeper. Despite a first-round exit by the hand of Ak Bars, Barulin was light-out, especially in the first couple of games, when Neftekhimik only lost by a single-goal margin. The netminder, who also won U20 gold medal honors in 2003, renewed his ties for a further year in Nizhnekamsk in April. And perhaps helping his team reaching postseason once again. 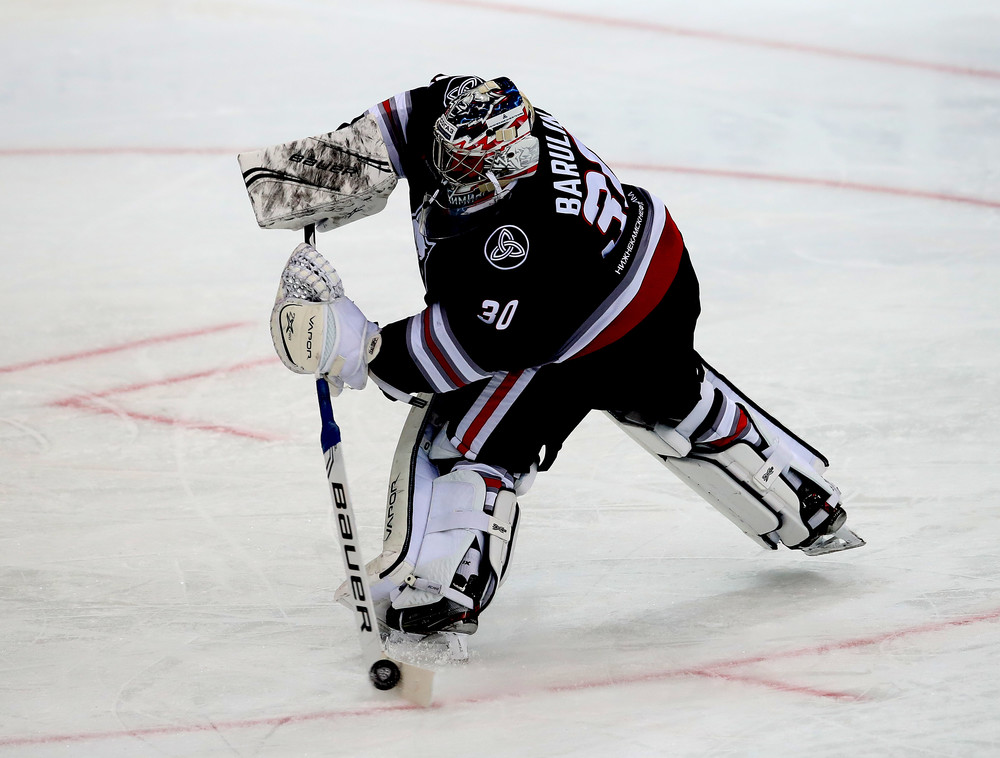