Continuing our rundown of the top 12 players in each position from the first 12 seasons of the KHL, we come to a goalie who played on three Gagarin Cup winning teams but will always be indelibly associated with his boyhood team, Dynamo.

Few players have given as much to one club as Alexander Yeryomenko. Of his 23 seasons as a pro in the KHL and previously the Russian Superleague, the 40-year-old spent 16 in the colors of Dynamo Moscow. Born in the capital, Alexander began his hockey career as a junior with the Blue-and-Whites, making his debut for the club’s second team back in 1998. 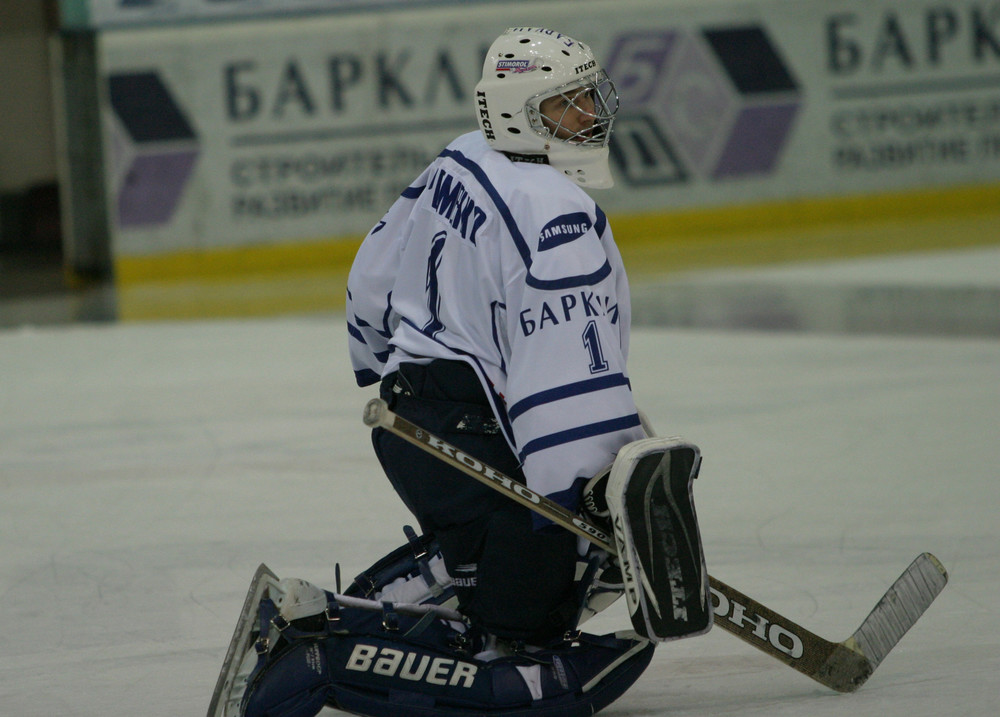 That was the start of an association that would bring a Superleague title and two Gagarin Cups, with Yeryomenko also winning the Russian Championship at Ak Bars and Salavat Yulaev. In addition, he was part of the 2011 Gagarin Cup roster in Ufa, although he did not get a chance to play in that year’s playoffs. 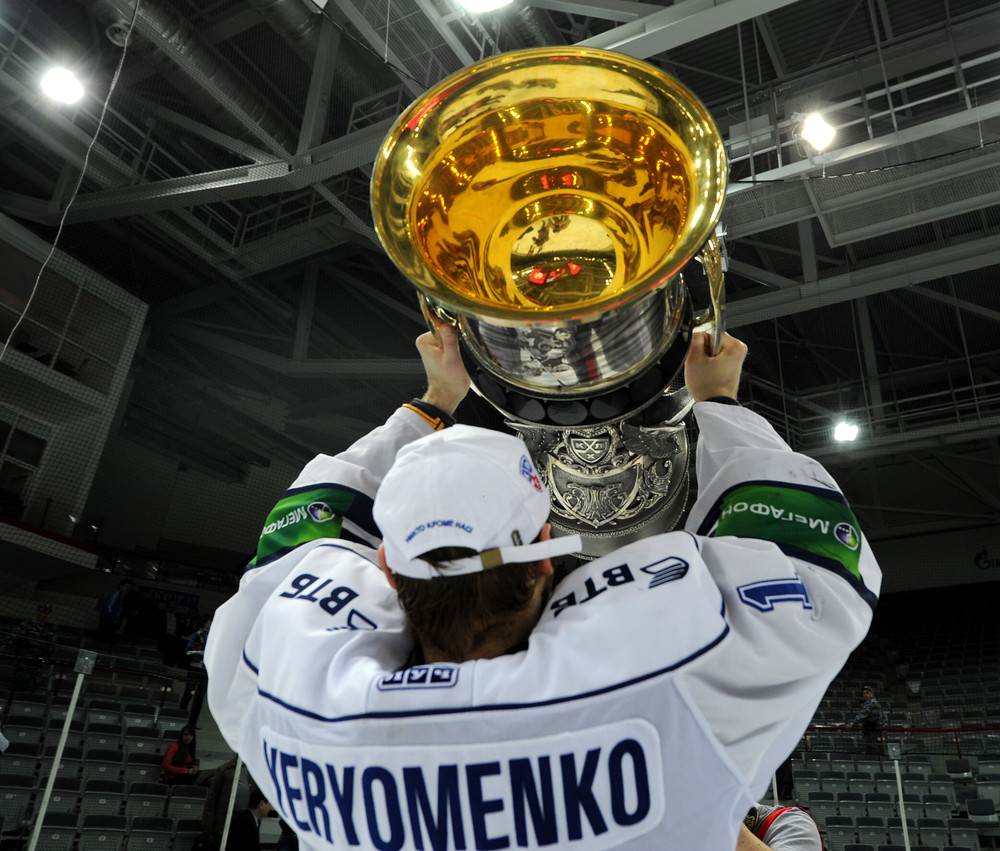 Small wonder, then, that when Yeryomenko celebrated his 40th birthday last month, Dynamo was quick to pay tribute. ‘Wall. Legend. Champion!’ was the slogan on a celebratory video clip posted on the club’s website; ‘As a graduate of the Dynamo hockey school, Alexander lifted our Blue-and-White colors to unbelievable heights over the years,’ asserted the dedication. Popular with the team’s fans and voted the most respected man in the Dynamo locker rooms by his fellow players, he’s earned his place as a true club legend.

Glory for club and country

On the international stage, too, Yeryomenko collected medals. In 2007, on home ice in Moscow, he could not quite get Russia over the line for gold. However, tournament leading stats of 0.98 GAA and 95.7% saves highlighted his importance to that bronze medal campaign. And he returned, albeit in a supporting role, as the Red Machine won back-to-back World Championships in 2008 and 2009, decisively ending that long, painful wait for gold. Completing a full set of medals, he won silver in 2010. His final call-up for a major tournament came in 2014, but he did not get on the ice during the Sochi Olympics.

Ironically, though, those international medals came during the goalie’s time away from his beloved Dynamo. Yeryomenko followed head coach Zinetula Bilyaletdinov to Kazan in 2005, helping Ak Bars to the 2006 Superleague title. By 2007 he was on the move again, joining Salavat Yulaev. In Ufa he would win another Superleague (2008) but dropped down the pecking order on the 2011 Gagarin Cup winning roster. He played just 17 regular season games and never got a look in post-season as Erik Ersberg and Vitaly Kolesnik backstopped Vyacheslav Bykov’s team to glory. 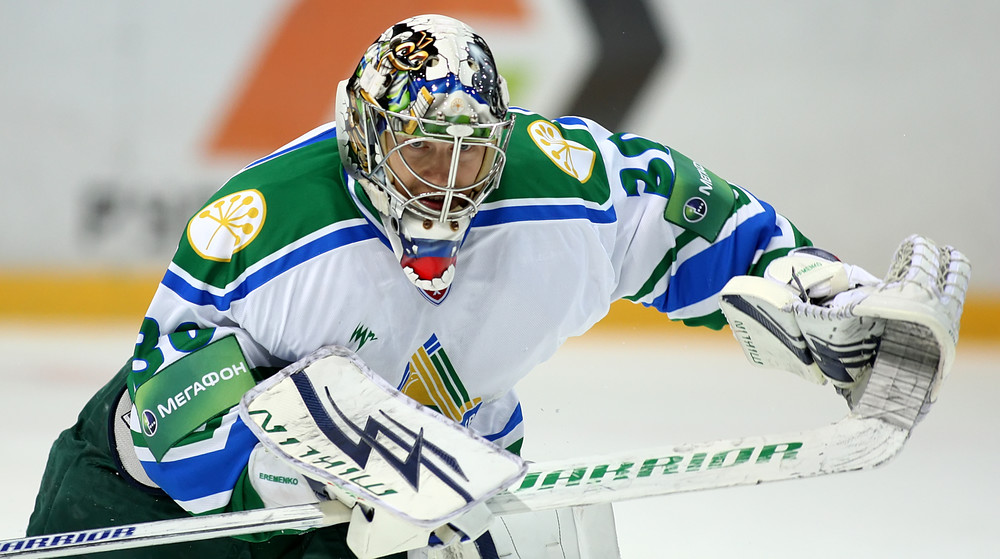 Disappointed to miss out on a bigger role in that triumph, Yeryomenko headed home. Dynamo did not look like much of a contender in the previous season as the club adjusted following the merger with MVD. But with the wily Oleg Znarok behind the bench, things were about to take off — and Yeryomenko’s goaltending was a big factor in Dynamo’s rapid revival.

The Blue-and-Whites went all the way, winning the cup in dramatic fashion as they clawed back a 1-3 deficit in the final against Avangard. Yeryomenko was supreme; imposing in regular season then dominant in the playoffs as he swept the individual prizes. Then, 12 months later, he did it all again as Dynamo defended the title. Back-to-back championships with your boyhood team — truly the stuff that legends are made of. 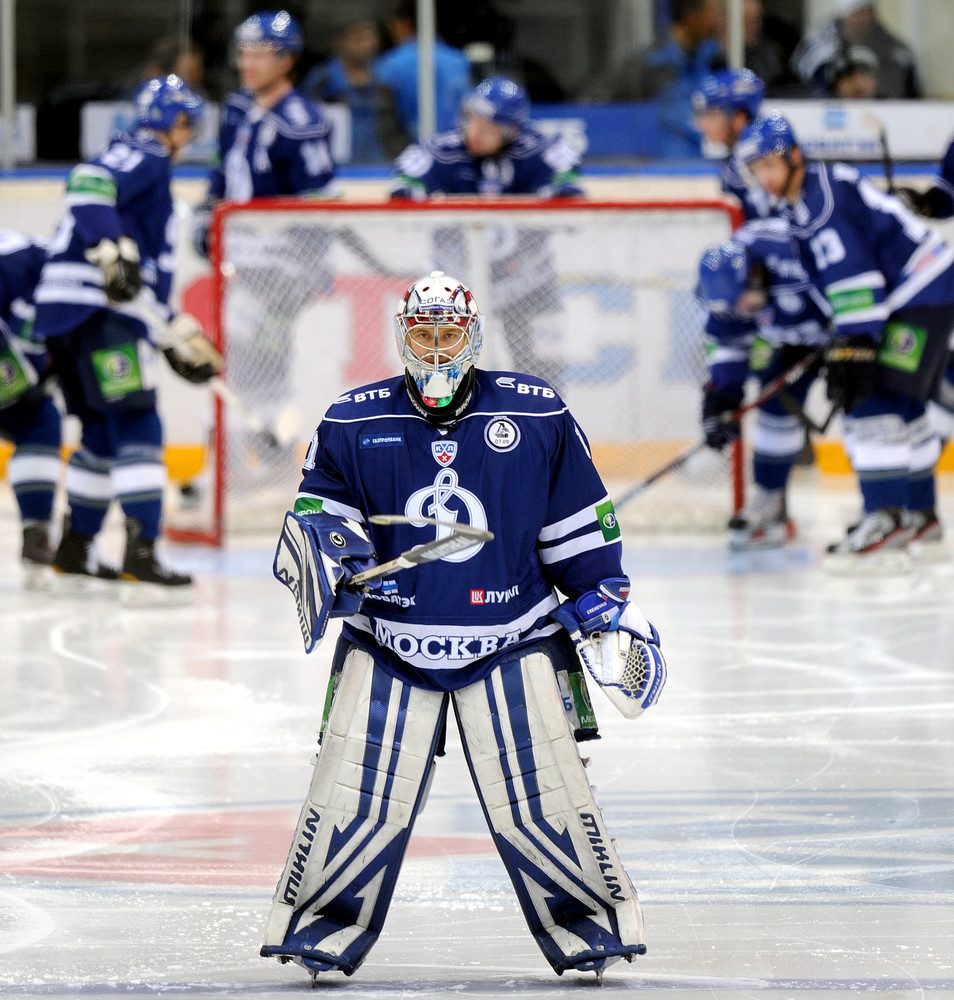 In recent seasons, Yeryomenko has played less of a role at Dynamo. For the last two seasons, he has effectively served as understudy to Ivan Bocharov — potentially the next-generation goalie for the Blue-and-Whites.

Even so, the veteran continues to set records. During the first round of this year’s playoffs, just weeks before his 40th birthday, Yeryomenko backstopped Dynamo to an overtime win against Spartak to record his 200th victory for the Blue-and-Whites in the KHL. Only one other goalie has managed 200 wins for a single club since the formation of the league in 2008. 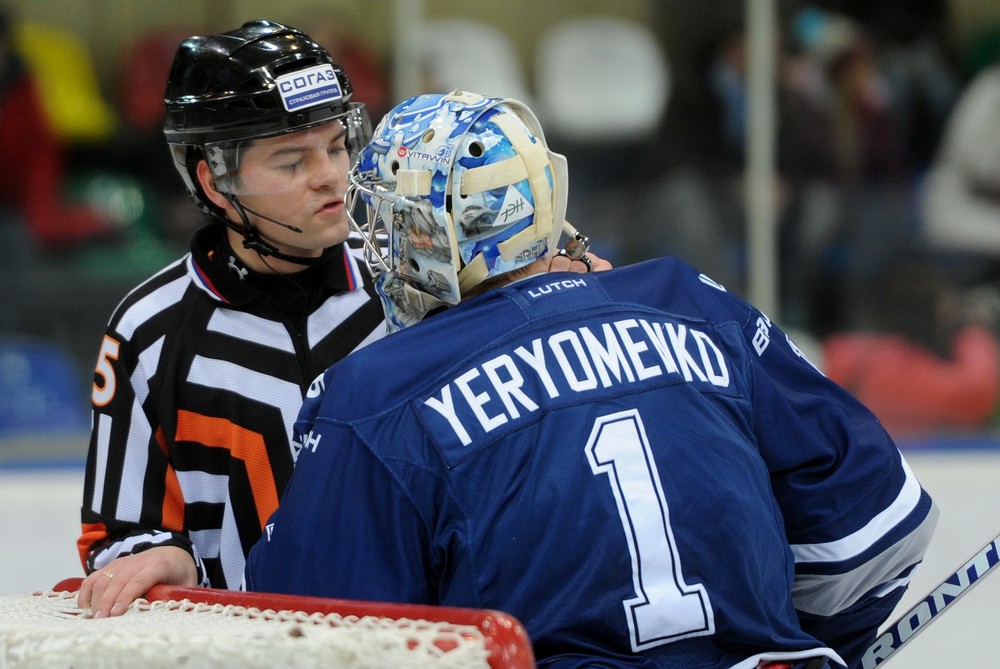 That day, Yeryomenko’s 32 saves saw Dynamo through to the second round of the playoffs. However, it’s possible that it was also his swansong for the club and in the KHL. Shortly after the win over Spartak — in a game played behind closed doors in an eerie atmosphere — the season was curtailed due to the coronavirus pandemic. Yeryomenko’s contract is up for renewal and, as yet, there is no word on whether he will return next season and potentially become the club’s oldest player in the KHL era. If Yeryomenko does play next term, it’s sure to be with Dynamo.

“There’s no way I’d go to any other team,” he told Match TV. “It’s Dynamo or nothing. Everyone understands that perfectly well. I want to keep playing. I still have the desire and — more important — I’m still fit. If I get a new offer from Dynamo, I’ll be happy, but everything depends on how much they need me as their goalie.” 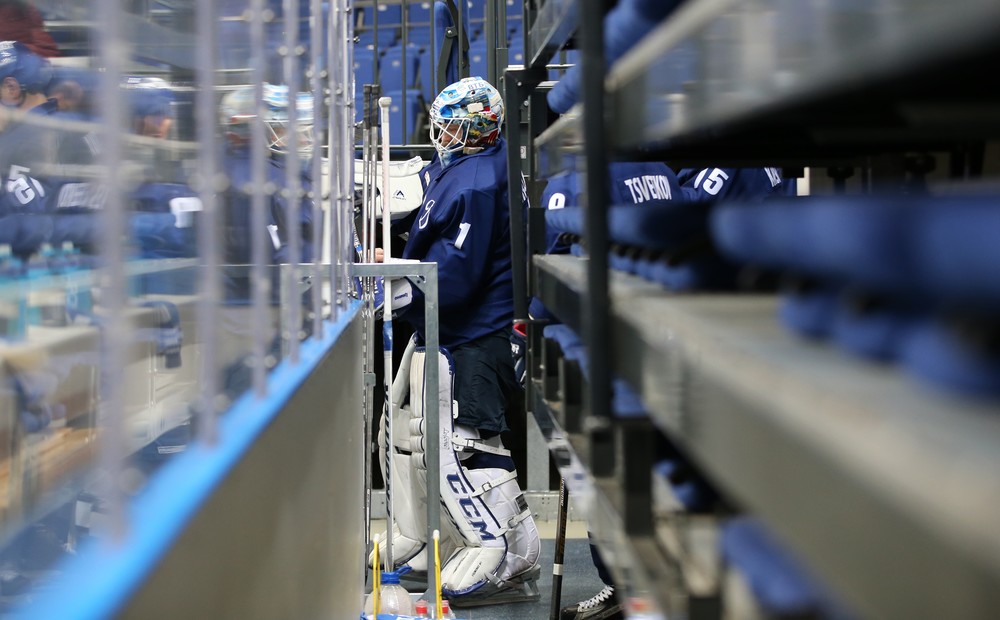