KHL.ru continues its rundown of the top players from the 12 years of the league. And today it’s the turn of the top scorer from the 2019-20 season and a prolific center throughout the KHL era.

Look up ‘Consistency’ in the dicitionary, and you’ll see a picture of Vadim Shipachyov. Since his breakthrough season with Severstal in 2009-10, this productive center has routinely piled up the points. He still holds the KHL scoring record for Severstal with 202 (74+128) points in 258 games, at SKA he is third in KHL scoring with 315 points in 305 games, bettered only by Ilya Kovalchuk and Nikita Gusev. Now at Dynamo, he’s still rattling along at more than a point a game.

From the provinces to the Northern capital

Shipachyov learned his hockey in Cherepovets, a steel city in the north of Russia. The 33-year-old joined his hometown team, Severstal, and worked his way through the ranks to make his KHL debut in 2008-09. In the league’s inaugural season, a workmanlike roster failed to reach the playoffs, but young Shipachyov opened his account in senior hockey with 8 (4+4) points in 29 appearances. 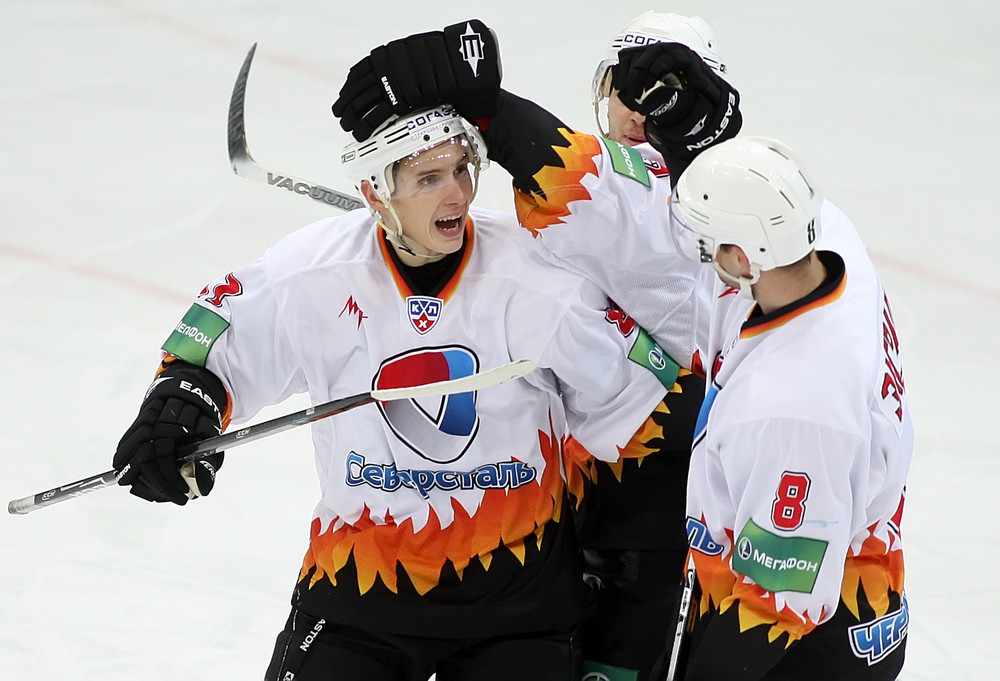 Things quickly picked up. In his second season, Shipachyov led Severstal in scoring ahead of much-travelled Czech Josef Straka. And, steadily, Severstal improved. With Shipachyov as the offensive lynchpin, the team saw the emergence of the likes of Maxim Chudinov and Evgeny Ketov, plus a first KHL campaign from Staffan Kronwall and inspired goaltending from Vasily Koshechkin. A one-time underdog, the team from the steel city was now a playoff regular. Shipachyov himself got his first All-Star call in 2011-12 and the clamor around him continued to grow. A big move was inevitable. 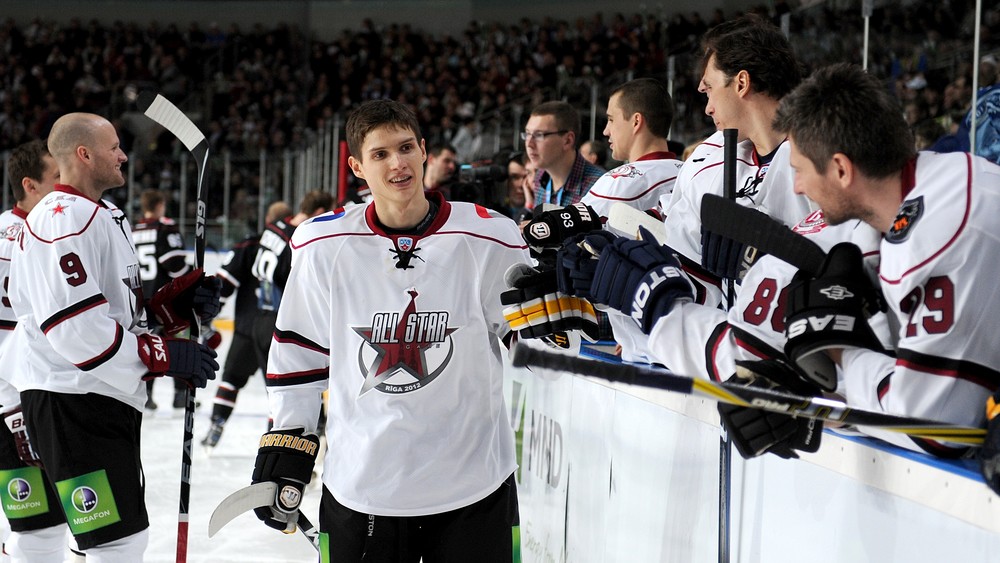 SKA made the trade, taking the center to St. Petersburg in the summer of 2013. After so long as a big fish in a small pond, Shipachyov was now in deeper waters. SKA was desperate to land a Gagarin Cup and, in 2015, it finally netted the big prize. Shipachyov formed a devastating line with Artemy Panarin and Evgeny Dadonov and finished as the leading scorer in the playoffs with 21 (5+16) points. For all the talk of Ilya Kovalchuk’s high-profile move back to Russia, the real damage in post season was done by Shipachyov’s line — 61 points shared among a trio of players scouted from underdog teams in tough industrial cities, who forged a golden partnership. Two years later, with Panarin replaced by Nikita Gusev, Shipachyov and SKA did it again, halting a Metallurg team with Sergei Mozyakin in his pomp. 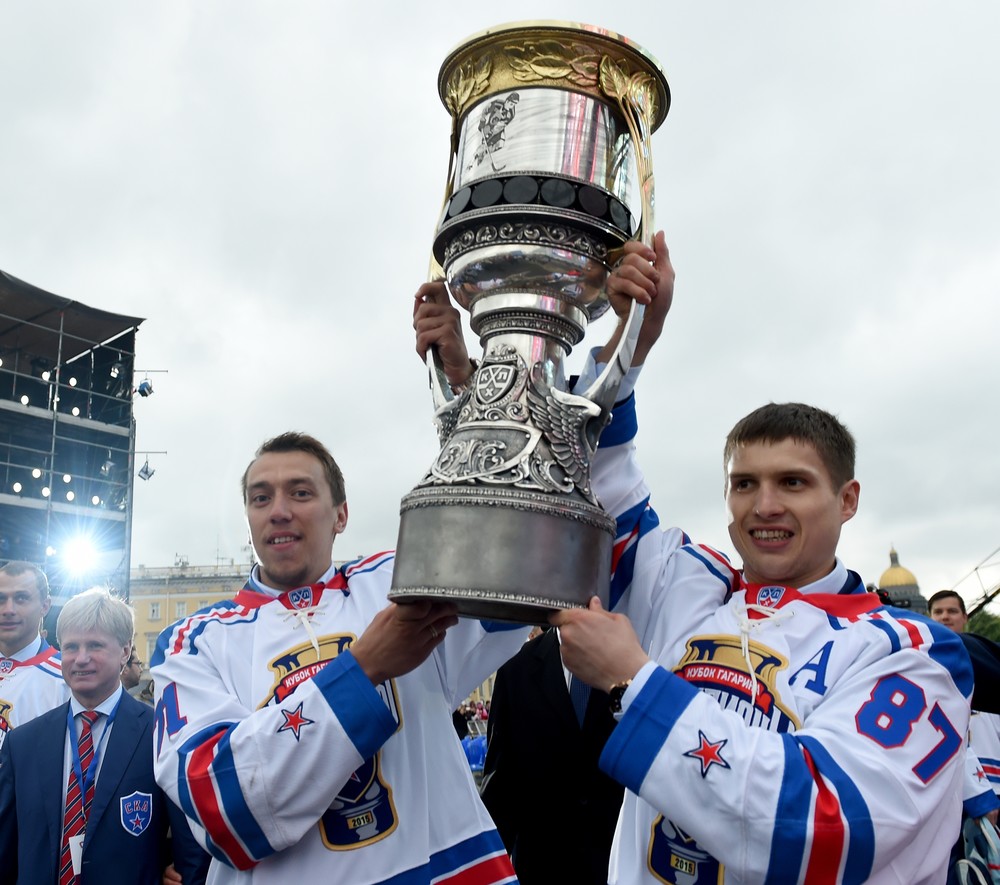 On the international stage, Shipachyov also had his moments. In 2016, he was one of just four KHL-based players called into Oleg Znarok’s roster for the NHL-dominated World Cup of Hockey. He also picked up World Championship gold under Znarok in 2014 — the forward’s tournament debut for his country. Later, he twice wore the ‘A’ at the Worlds, picking up two bronze medals and top scoring in Moscow in the 2016 edition. His final international engagement to date came in PyeongChang when he was named in the Russian Olympic roster. Although the team finished with gold, Shipachyov himself was limited to just one appearance in Korea. 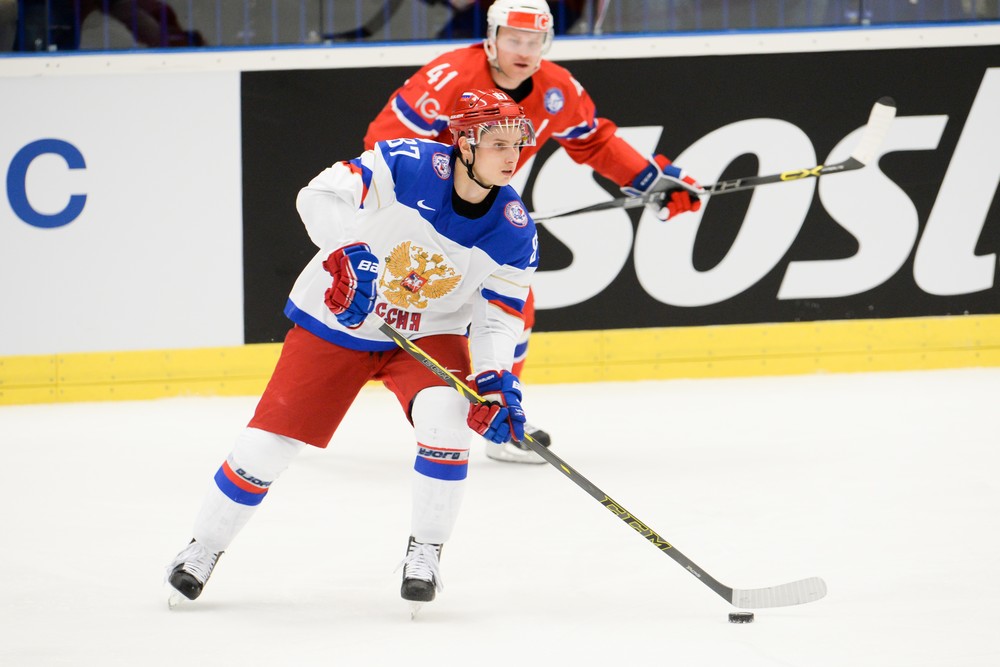 However, he might not have gone to the Olympics at all if his gamble in Vegas had worked out differently. When the Golden Knights were founded in 2017, Shipachyov was among the first players to join the NHL’s expansion franchise. It was a move that made sense: the prolific forward had long been discussed as one of the brightest talents outside the KHL and his impressive scoring at four World Championships made him a hot property on both sides of the Atlantic. But the Vegas dream turned into a nightmare; reluctant to play in the AHL, Shipachyov quarrelled with his new club and returned to Russia after just three games and one goal in the NHL. 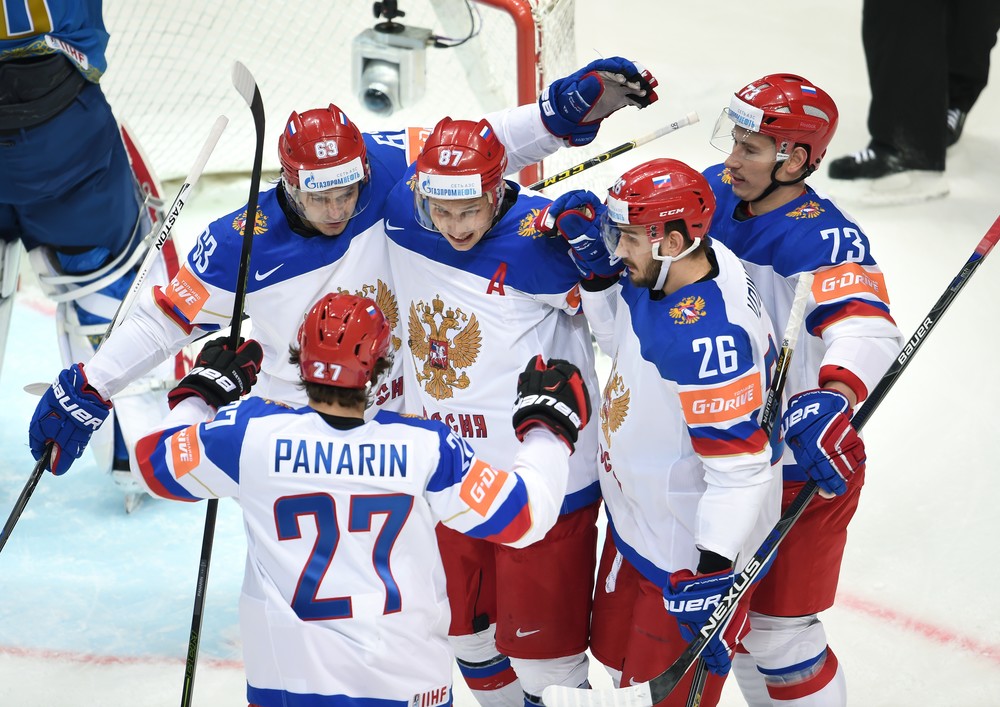 Initially, Shipachyov rejoined SKA on a deal until the end of the 2017-18 campaign. When that expired, though, he was off to Dynamo Moscow. The move rejuvenated the forward. In his first season he formed an effective partnership with another Cherepovets graduate, Dmitry Kagarlitsky. The two were dominant, sharing 129 points in the regular season and 15 more in the playoffs. That combination was broken in the summer of 2019 when Kagarlitsky moved to SKA, but the arrival of Czech international Dmitrij Jaskin was the catalyst for still greater things. 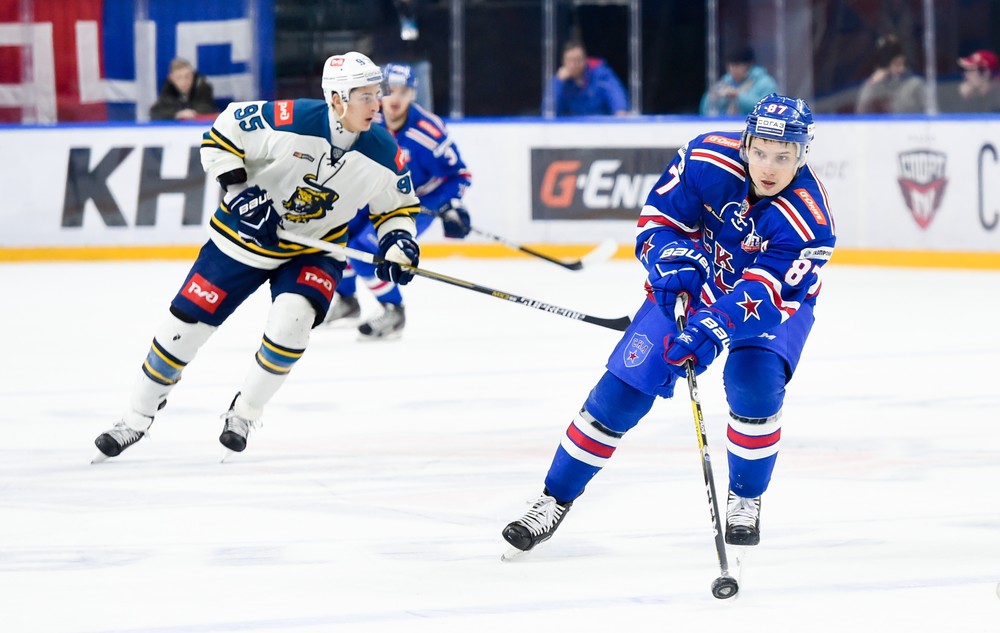 Together with Swedish forward Andre Petersson, Shipachyov and Jaskin formed the deadliest trio in the KHL. Shipachyov led the league in scoring with 65 (17+48) points, his partnership with Jaskin was worth 128 points and helped the newcomer win the Golden Stick in his first season in the league. Together, they raised the game of both Petersson and his deputy Daniil Tarasov, who came into the top line when the Swede was injured. Back to his very best, Shipachyov finished the season as the player ranked the best in the KHL by his peers. 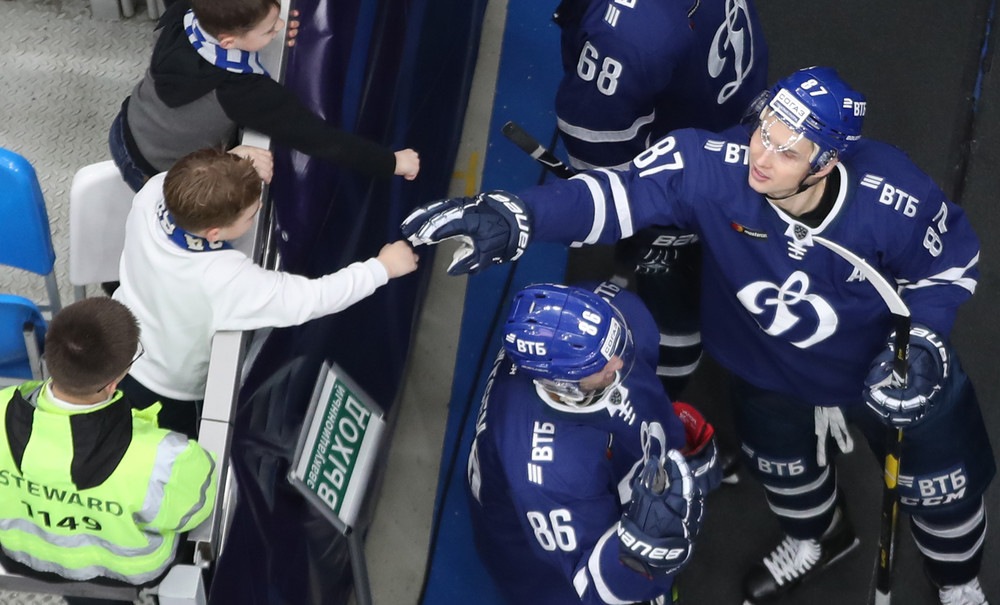 Next season should see Shipachyov and Jaskin back in tandem — an exciting prospect for Dynamo fans. After two seasons in Blue-and-White, Shipachyov has already climbed to fourth on the club’s KHL scoring chart, moving ahead of Leo Komarov and Maxim Pestushko this season. If he matches his current productivity, he could be the undisputed #1 by the end of next season. 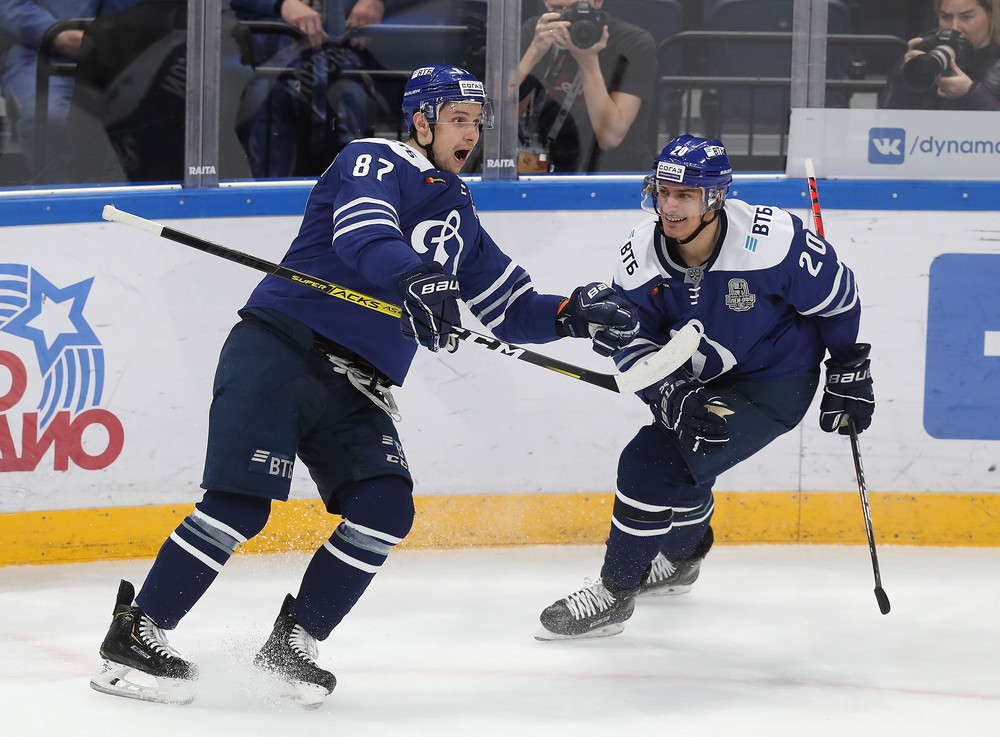