In a season of new discoveries, team Russia is set to send a U20 roster to the Karjala Cup — usually contested by the men’s team — next month. And in Kazan, Ak Bars is planning to add some virtual trophies to its impressive honors board. Elsewhere, Dmitry Samorukov lifts the lid on working with CSKA head coach Igor Nikitin, Lokomotiv hits top form and Nail Yakupov’s trade highlights the positive impact of the hard salary cap.

The first international action of the season is scheduled for the start of November, when Russia travels to Helsinki for the Karjala Cup. This time, though, Russia’s established stars will get a rest and the U20s will represent the country at the start of the Euro Hockey Tour. It’s partly due to head coach Valery Bragin’s recent illness, and partly a chance to give the juniors a chance to play together ahead of the start of the World Championship in Canada in December. Igor Larionov will coach the team, which features a host of emerging KHL stars. From SKA goalie Yaroslav Askarov to Avangard forward Yegor Chinakhov, there’s a wealth of potential on display. Salavat Yulaev is also heavily represented, with Shakir Mukhamadullin and Rodion Amirov joined by Danil Bashkirov and Danil Alalykin. Russian Hockey Federation president Vladislav Tretyak said: “The [Karjala Cup] will be played in so-called ‘bubble’, where players are restricted to their hotel and the arena. The same thing will happen in Edmonton so the trip to Finland will be good preparation not just on the ice but also from the point of view of getting mentally prepared.” Future stages of the Euro Tour are expected to see a more familiar Russian roster take to the ice.

Russia U20 to skate at Karjala Cup

CSKA head coach Igor Nikitin isn’t noted as one of the KHL’s most approachable coaches. Always professional, but rarely likely to let the mask slip. But for defenseman Dmitry Samorukov, a new recruit to CSKA this season, the vastly-experienced defenseman is just the man to boost his career. “When I first came in, [Nikitin] called me for a talk,” Samorukov said in an exclusive interview with KHL.ru. “We had a good discussion and he showed me the big picture. I realized that was the kind of hockey I wanted to play. He’s an awesome guy, he’s always trying to help you with the little things. If something’s going wrong, he helps you figure it out together and get back to work. I feel like I’m back home and everything is going really well.” 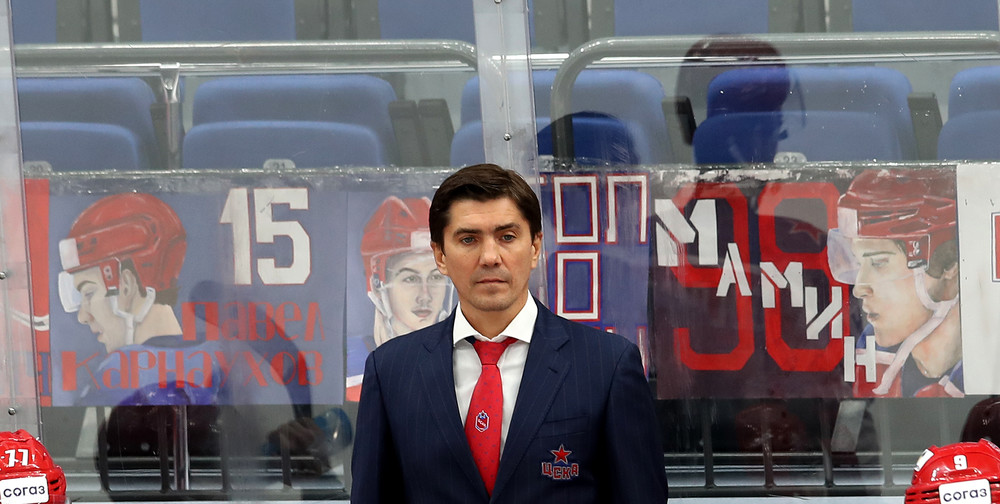 Sergei Mozyakin is firmly back in action — the master marksman potted his first goal of an injury-hit season last week. In the coming week, he could be celebrating two major landmarks. Metallurg’s captain is two games away from his 800th appearance in the KHL and should get there on Wednesday against Sibir. He’s also one point shy of 900 in the league, a target he can reach later today when Magnitka takes on Torpedo. 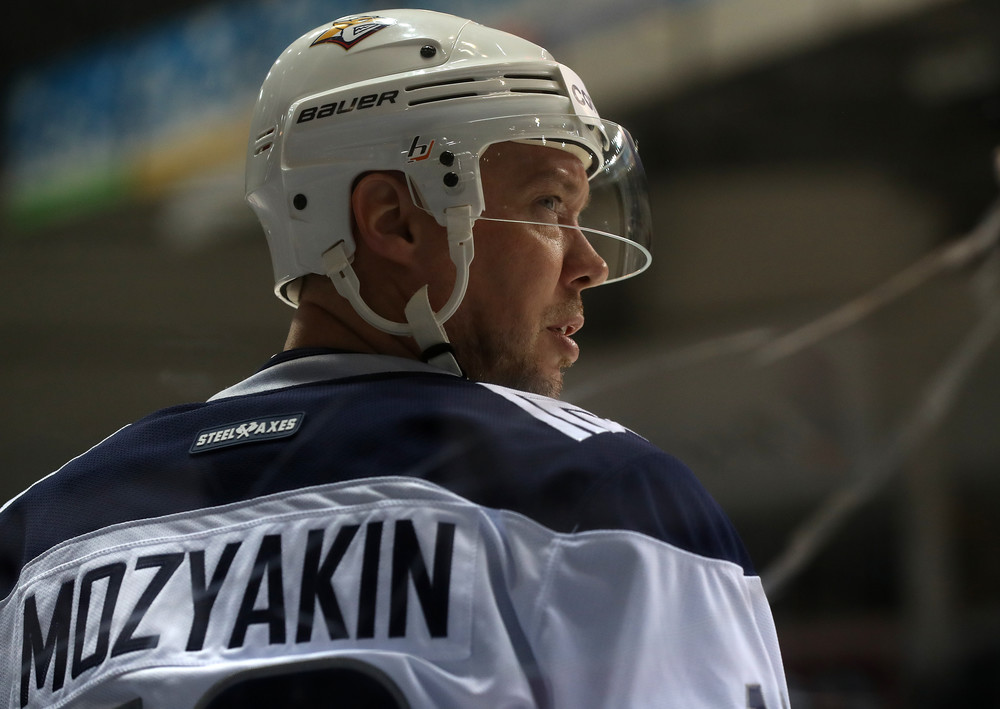 Nail Yakupov is on the move again — and, according to KHL president Alexei Morozov, his transfer to Avangard is proof that the league’s salary cap is working. Yakupov, 27, began the season with Amur Khabarovsk after leaving SKA in the summer. But things didn’t work out in the Far East, with the forward scoring just one goal in 15 games. With Yakupov on a big contract, past seasons would likely have seen him placed on waivers. This year, instead, the cap ensured that it was in everyone’s best interests to find a new club for him, even on a reduced contract. Enter Avangard, and a goalscoring debut for the Hawks. As Morozov said: “This trade shows that the system is working. The player understood that he needed to accept a significant reduction in salary. He didn’t show what he was capable of at Amur and moved for a much lower wage. Amur found the best solution for everyone and Avangard acquired a great player within the [salary] cap.”

Yakupov’s departure did not adversely affect Amur. On the day the deal was announced, the Tiger produced the result of the week with a 7-1 thrashing of Ak Bars. Czech defenseman Michal Jordan was the unlikely scoring star, potting a hat-trick for the first time since his junior days. The result matched Ak Bars’ heaviest loss in the KHL era. For Amur, it was merely the follow-up to another impressive victory: a couple of days earlier, the Tigers beat Jokerit 4-1.

Lokomotiv is in fine form right now — the weekend saw Andrei Skabelka’s team post its eighth consecutive win. Undefeated since Oct. 3, Loko has shown an ability to edge tight verdicts — four games going to overtime, two finishing 1-0 — while also cutting loose to beat Vityaz 5-0 and Neftekhimik 5-1. More impressively, perhaps, six of the eight games were on the road. Forward Nikolai Kovalenko, meanwhile, is just focused on the team doing its job as the streak goes on the line in Ufa on Monday. “10 games, 15 games, it doesn’t matter,” he said. “Winning is always positive. We’re one team, and this is our job. We just have to keep doing it game after game; right now it’s working out and we’re winning games.”

We’re used to Ak Bars winning trophies on the ice — but soon the club could be clinching hockey titles in cyberspace. The emergence of EHC TATNEFT AK BARS, a team competing in a variety of leagues, from a competition for KHL and VHL clubs to the prestigious European Champions League. The action starts with hockey simulators — but instead of taking over virtual version of Azevedo or Zaripov, the selected players will create their own hockey avatars and build their own cyber-careers. It means there’s scope to audition a wide range of online players and potentially create a farm club to develop talent for the first team. Given time, Ak Bars’ online reach might include other games, such as Call of Duty (members of the first team played a summer challenge game against opponents from Traktor), FIFA and more. But first comes a debut Champions League campaign, looking to win promotion from the NEO division and ultimately add a virtual Euro crown to the club’s IIHF European Champion’s Cup triumph of 2007.