Dinamo Minsk experienced a cultural overhaul in the 2020-2021 season, and not even a pandemic would derail the club’s efforts toward expansion. Under head coach Craig Woodcroft, a spotlight was shone on young Belarusian talents brought home from abroad, ballasted by imports with some serious KHL mileage. Defenseman Vladislav Yeryomenko, 22, was one such local youngster who witnessed the drastic change in fortune, which catapulted Minsk from one of their worst showings to playoff position in a matter of one season.

“Craig believes that the best conditions have to be created for our team,” Yeryomenko described over Zoom, as the team prepared for the preseason Salei Cup. “We, in our turn, have to do our job, do our best on the ice, and successfully fulfill the coach’s tasks. Even in a practical sense, in everyday life, Craig loves order in everything. He wants to see all of us committed to work, focused, and doesn’t want anyone to be distracted.”

A 2018 draft pick for the Nashville Predators, Yeryomenko was no stranger to the aggressive, North American style of Woodcroft’s regime. He spent three seasons in the Western Hockey League with the Calgary Hitmen, opting to sign with his home club of Dinamo Minsk in August 2019. We caught up from Belarus to discuss Yeryomenko’s experience within the organization he once rooted for as a kid.

Gillian Kemmerer (GK): What does the average day at training camp look like right now?

Vladislav Yeryomenko (VY): We are practicing a lot during the day. We start at 8 o’clock in the morning, go to the rink, practice for two or more hours on ice followed by gym and some rest. Plus, another off-ice practice in the evening. It’s tough and the body is sore. But the coaches are being really smart with the training load, sometimes they can give us an extra day off, or on the contrary, increase the load if it is needed. If someone has pain or some problems with his body, he can always address the coaching staff to figure out what needs to be done.

VY: Craig believes that the best conditions have to be created for our team. We, in our turn, have to do our job, do our best on the ice, and successfully fulfill the coach’s tasks. Even in a practical sense, in everyday life, Craig loves order in everything. He wants to see all of us committed to work, focused, and doesn’t want anyone to be distracted. That goes for the support staff too. Masseurs, for example, need to work for the players to recover quickly and efficiently. He loves when people are acting professionally. And if you do so, you will be getting ice time and you will prove yourself to be useful for the team.

GK: You are entrusted with a lot of playing time and responsibility since arriving from North America. How has your game progressed?

VY: I believe that I have been progressing, and will only continue to do so with this coaching staff. They pay a lot of attention to details, especially when dealing with younger guys. In general, I don’t have any regrets about coming back to Belarus, to the KHL and playing under our coaching staff.

GK: How would you describe the style of play that Craig Woodcroft expects to see on ice?

VY: He prefers an aggressive, puck-possession focused style of hockey. This is the type of hockey that I find very appealing; it’s a true pleasure to play it. The most important thing for Craig is to see us working hard. You have to be ready to give it all, always stay in the game, stay focused, be physical, fulfill coach’s tasks, keep moving, battle and never stop.

GK: Who do you think will be the key players for Minsk this season, and with whom are you finding early chemistry on the blue line?

VY: For now, it is hard to say who are going to be the key players of the team. I believe there are still more signings to come. It is not my responsibility, for sure, but I still expect to see some new faces on the team. As for finding early chemistry, I have been having a lot of ice time with Adam Almquist. He was my partner in all of the three of four games we’ve had.

GK: How is Belarusian hockey progressing?

VY: In my opinion, Belarusian hockey has greatly improved lately. We have quite a number of young players who are prominent in the NHL draft—there are even some first-round picks with high potential. Our performance during the World Championship was not bad, but there is still Olympic Qualification to come. This tournament is of great importance for us. Getting to the Olympics is something that many people are dreaming of. We will fight tooth and nail to get this chance. But I need to make the roster for a start.

GK: Does Craig Woodcroft treat the National Team differently in terms of expectations?

VY: I am not actually aware of the way he is coaching the National Team. There is a training camp organized here for the guys who play in North America, so Craig and his coaching staff are working with them too. I can only guess that he will try to get the team to play the same aggressive and fast-paced style of hockey that we play in Dinamo Minsk, as it has proven itself to be very effective.

GK: How did your years in North America influence your style of play?

VY: Those three years were truly important for me. When I had just arrived in North America, I realized that everything was top level there. A great deal of time and attention is paid to details there. We worked a lot on minor things with the coaches. I’ve experienced the fastest style of hockey, and it helped me to get drafted in the NHL. It was a huge experience for me.

GK: Did it help you to adjust to Craig Woodcroft faster?

VY: It did help. The fact that I spoke English made it much easier to communicate with the coach. You can always understand what he expects from you, or ask him a question in case you have any. It is very helpful. Plus, the style of hockey he wants us to play is in many ways similar to what is being played in North America. 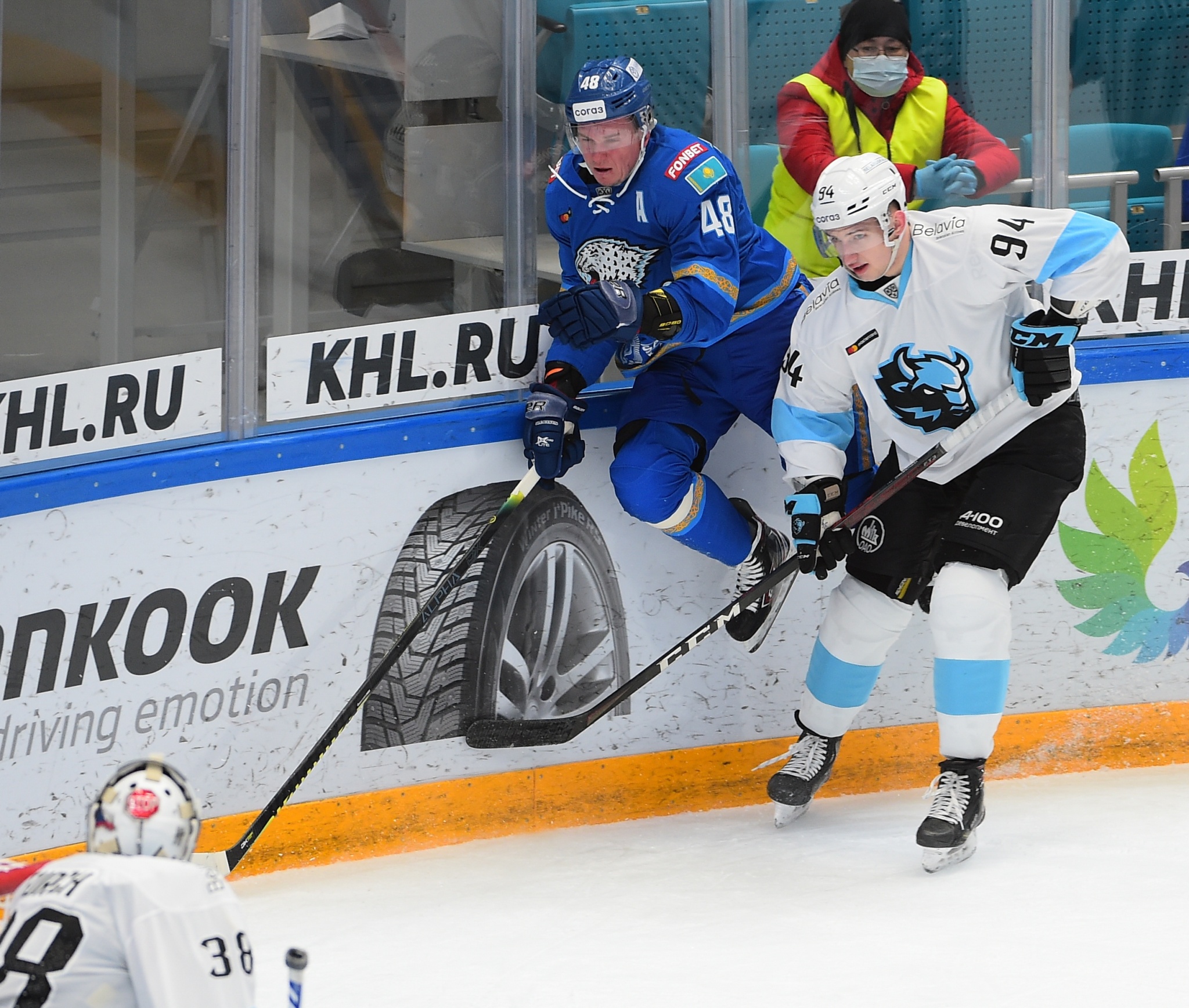 GK: How did you first get into hockey? Did you root for Dinamo Minsk growing up?

VY: Dinamo Minsk is the only team in Belarus that plays in the KHL. Being a kid, you would always follow the team, as it was ours. As for getting into hockey, it was due to my Dad. At the age of six or seven, I came to see a game of a local team in my hometown of Vitebsk. At that time there was a ’98-born team enrollment, so somebody approached us and offered me to give it a try. I attended a practice and liked it. So, it all started from there.

GK: If you hadn’t chosen hockey, what career path might you have pursued?

VY: Frankly speaking, I don’t know. I can’t even imagine what I would do were it not for hockey. Hockey predetermined my destiny.

GK: What is the best piece of advice you’ve been given in your career?

VY: It is a tough question. Hard to remember anything in particular, but there is one moment that stands out in my mind. It was during my first season in North America, in Calgary, the first year for me in Juniors. The coach was Mark French, who is currently with Metallurg Magnitogorsk. He wasn’t giving me much ice time, wasn’t using me on the powerplay. I didn’t have a clue what the reason was for that. Later on, I got injured and we were on a road trip in some hotel. He pulled me aside and started yelling at me. I wasn’t fluent in English so I didn’t actually understand what he was yelling about, but I figured out that he was telling me to work much harder if I wanted to get a chance. This is probably the best piece of advice I’ve ever been given – always give it one hundred and ten percent, work your tail off, and never stop.

GK: What is one non-hockey related dream you have for yourself?

VY: I don’t know. Well, I want to have a close-knit family of my own. I want all of my friends and relatives to be healthy and wealthy. This is my biggest non-hockey related dream.

GK: How do you unwind? Do you have any off-ice passions or hobbies?

VY: When I have some free time, I like playing tennis. I am also a big fan of CS:GO, I love playing computer games with my friends. But in general, I don’t do anything special, just some regular stuff—chilling at home, going to the movies.

GK: What do you want to be remembered for?

VY: I hope that by the time my career is over, there will be many things to be remembered. My dream is to win a major trophy—the Gagarin Cup, or the Stanley Cup if I happen to be in the NHL. This would be great. People remember and admire winners. I want to be a winner too. I want to win a great trophy. 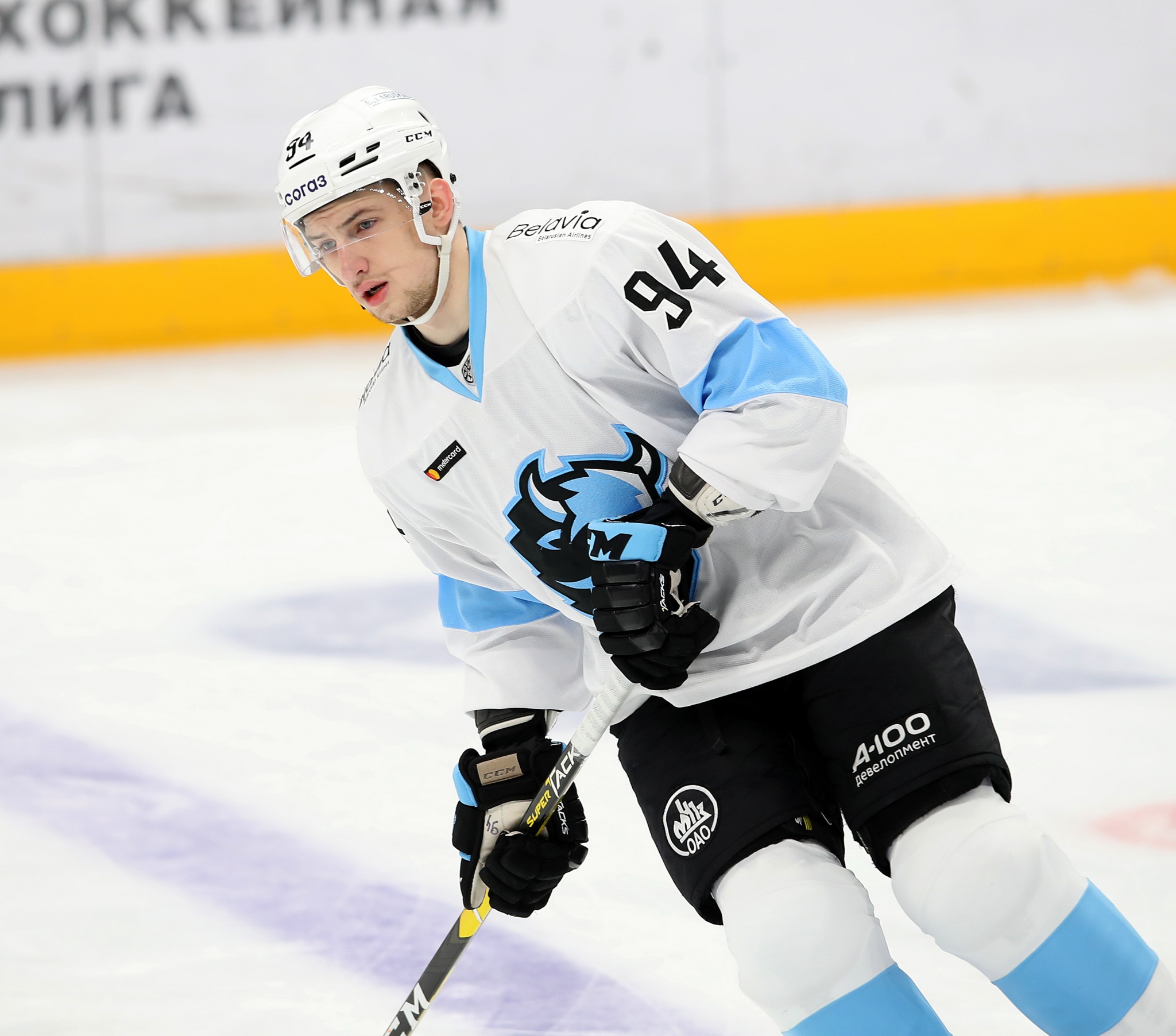 Thank you to Natasha Kovalenko of Avangard Omsk for assistance in translation.