Amid the on-going challenges of the pandemic, two more KHL teams confirmed their playoff place. In addition, 17 KHL players were unveiled in their countries’ Olympic rosters — with three more from the Women’s Hockey League also named in the first line-ups to be announced for Beijing.

The first team to guarantee its place in the Western playoffs was announced on Jan. 13 when SKA’s hard-fought 2-1 home victory against Sochi put the Army Men out of reach of ninth-placed Torpedo. The Petersburg team joins three clubs from the East — Traktor, Metallurg and Ak Bars — in securing its post-season berth. Ironically, perhaps, Ak Bars booked its playoff ticket by winning in Petersburg two days earlier.

After a long layoff due to coronavirus infections, Avtomobilist got back on the ice for the first time since Dec. 29 — and made a winning return against Severstal. The Motormen, urgently in need of points to get back into the top eight in the East, won 5-2 thanks to doubles from Nick Shore and Stanislav Bocharov. The pick of the goals, though, came at the other end where Daniil Vovchenko scored a lacrosse effort in a losing cause. Avtomobilist currently lies in 10th place in the Eastern Conference, six points adrift of eighth-placed Barys.

Due to the increasing number of confirmed COVID-19 infections at KHL clubs, the league last week took the difficult decision to suspend the competition. The decision came on Jan. 12, following 60 confirmed cases affecting KHL clubs within the previous 24 hours. On Jan. 13, a further 32 cases were confirmed, leaving 138 players testing positive. The game between Admiral and Sibir on Jan. 14 was the last game played, with gamedays from Jan 15-21 postponed until a later date.

Official KHL announcement on Jan 12 epidemiological situation in the League 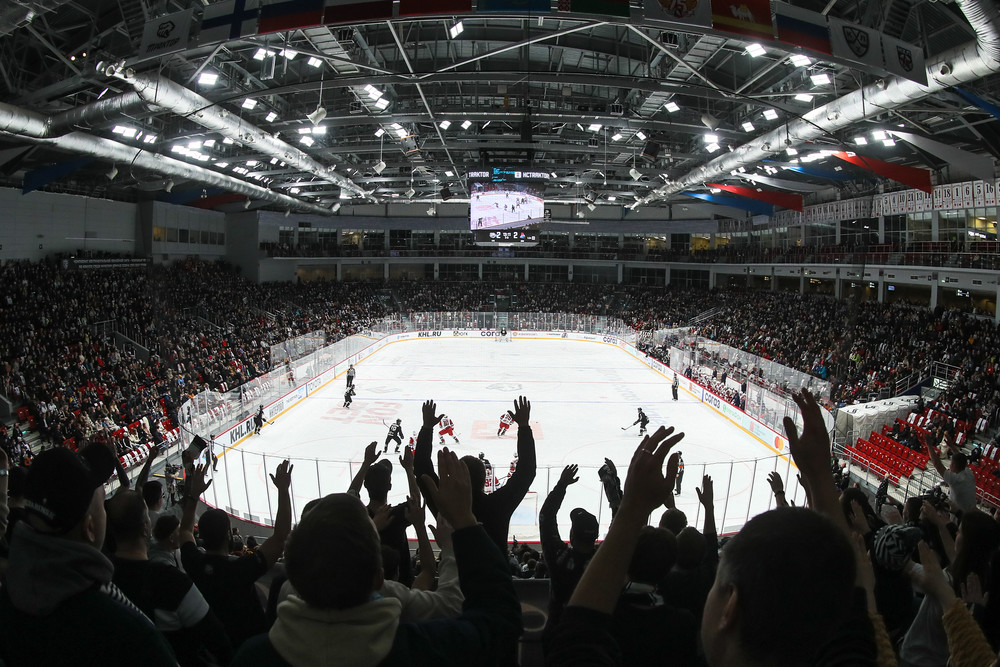 Last week saw the Czech Republic and the USA announce their men’s rosters for the upcoming Olympic Winter Games in Beijing. As expected, there was a significant KHL presence, with 12 Czechs and five Americans currently active in the league. The Czechs are relying heavily on KHL defense, with all three goalies and six of the seven selected defensemen currently playing at clubs from Helsinki to Vladivostok. Three KHL forwards also feature — Traktor duo Lukas Sedlak and Tomas Hyka, plus Amur’s Radan Lenc. Several others are familiar to followers of our league, with Jan Kovar, the Zohorna brothers and Roman Cervenka all selected.

Team USA’s KHL contingent is smaller but includes the country’s sole returnee from 2018 in the shape of Jokerit’s Brian O’Neill. He’s joined by Torpedo forwards Kenny Agostino and Andy Miele plus Sibir’s Nick Shore. Ak Bars D-man Steven Kampfer completes the KHL party. With the team built largely around college players and having an average age of just 25, the KHL contingent will be expected to provide much-needed leadership and experience for the group.

Russia is expected to announce a long list for its team on Monday, Jan. 17. 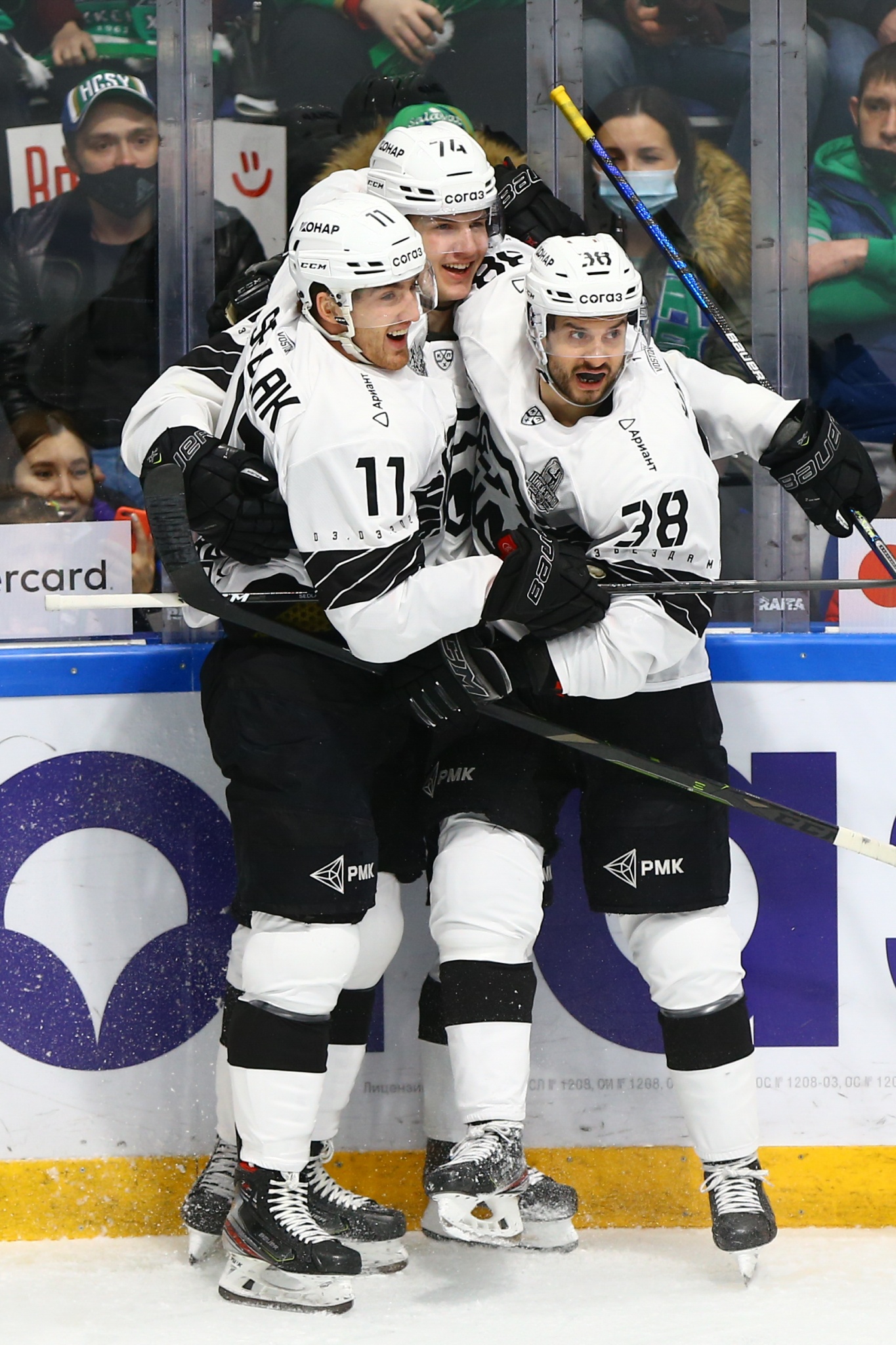 The rosters for the women’s tournament at the Olympics are also starting to emerge and Russia’s Women’s Hockey League looks set to be well represented in Beijing. Team Russia announced a 34-strong long list to join the pre-tournament camp in Novogorsk and all of those players are active in the WHL. Similarly, Team China’s roster is expected to draw heavily on the KRS Vanke Rays team that has competed in the league for the past three seasons. In addition, the Czech Republic’s confirmed line-up includes three current WHL players — Alena Mills, who has agreed a return to the Vanke Rays, plus defensive duo Pavlina Horalkova (Biryusa) and Aneta Tejralova (SKIF). The USA roster, which was also released last week, includes Alex Carpenter and Megan Bozek, both of whom won WHL titles with the Vanke Rays in 2020. 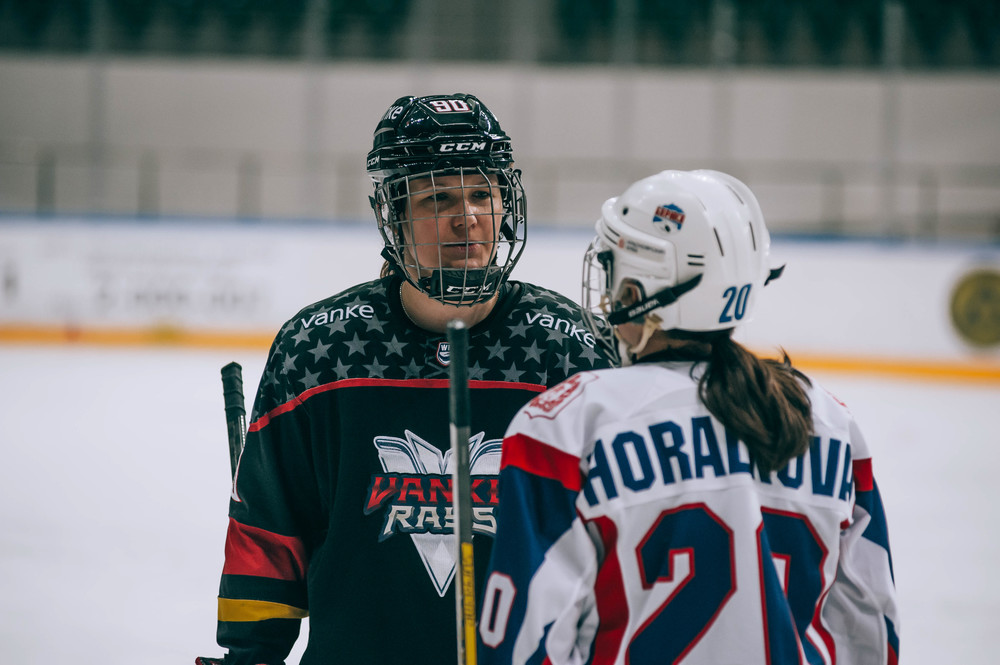 The trade deadline passed last month, but teams are still actively securing the services of players for next season. This week saw three imports commit to extended contracts. Traktor goalie Roman Will celebrated his call-up to the Czech Olympic team by signing a one-year extension in Chelyabinsk. Earlier in the week, CSKA announced that Swedish duo Klas Dahlbeck and Lucas Wallmark would also remain for a further season.