Bright lights, big city: all the kit for the FONBET All-Star Week

The All-Star Week is another great opportunity to show off the latest technology and highlight contemporary trends around the showcase events for three leagues. The KHL, in tandem with its FONBET All-Star Week 2020 partners Atributika&Club and BAUER, is proud to present the uniforms and equipment for the top players of the KHL, JHL and Women’s Hockey League.

Vasily Ivanov is the designer in charge of creating the look for a week of stellar hockey in Russia’s capital. His portfolio includes the new uniforms for Metallurg with a new color scheme and wild fox logo, as well as an alternative jersey inspired by the clothing of metalworkers. The designer also transformed Salavat Yulaev’s logo, as seen on the black change uniform this season. 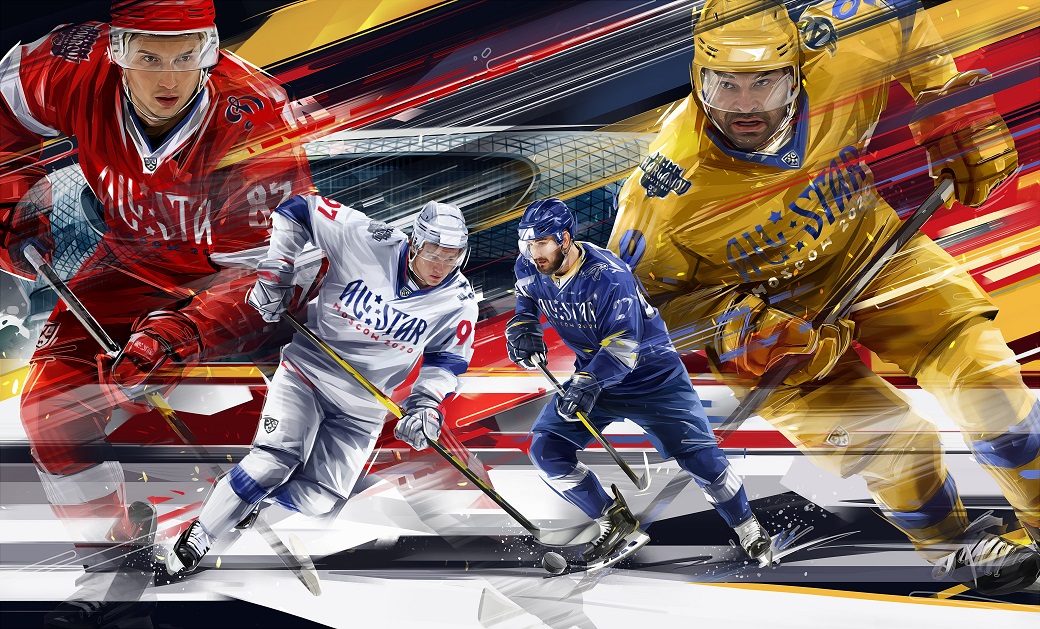 As usual, the visual style of the All-Star Week takes its cues from the traditional colors of the host region. This time, the colors that feature in Moscow’s civic crest for the basis of the uniforms at the FONBET All-Star Week. Four versions of the uniform have been created for the four divisions of the KHL – red, white, blue and yellow, as seen in the city’s own branding.

For Team Bobrov, the host team in Moscow, red is the color. It’s not just part of the civic crest, it’s also indelibly associated with the walls of the Kremlin as they overlook Red Square. Team Tarasov will play in white; the city’s coat of arms features St. George riding a white horse. Team Chernyshev will wear blue, as in the knight’s cloak as he spears the dragon at his horse’s feet. Finally, Team Kharlamov appears in yellow, the color of St. George’s spear and the golden domes of the Kremlin.